We’ve finally arrived at our last full decade in Denver’s history… the 2000s! This is the fourteenth post in our series exploring the geographic and architectural attributes of Denver’s single-family homes. For previous installments, please use the links below:

The 2000s was Denver’s fifteenth full decade as a city. We celebrated our city’s sesquicentennial in 2008 in a relatively low-key fashion, but with all the attention and events related to the Democratic National Convention, I think most people didn’t mind that we didn’t have a big blowout celebration. In short, the 2000s was a fantastic decade for Denver, as the city’s renaissance that started in the late 1980s continued with little interruption.

The decade began with tremendous momentum. The 1990s saw a huge amount of civic investment and new infrastructure put in place that set the stage for the private sector to respond accordingly… and did they ever! For an overview of what was built in the greater Downtown area in the 2000s, you can check out the original DenverInfill website. By 2004, there were so many new infill project planned or under construction in the Downtown area, that it prompted me to launch DenverInfill just to keep track of the numerous residential, office, hotel, and civic projects that seemed to pop up on almost a daily basis. But perhaps the best way to reflect upon our city’s accomplishments in the 2000s is to revisit my “Top 10 Urbanism Achievements of the Aughts” series, which detailed how significant the decade was:

From 2000 to 2009, over 11,100 single-family detached homes were built in Denver, which is pretty significant considering the city’s boundaries remained fixed due to the Poundstone Amendment. This total was up from the 1990s by over 5,000 units. The Stapleton redevelopment had a lot to do with this, but it was also the thousands of single-family homes that were built on the random vacant lots here and there and the continuation of the scrape-off phenomenon that contributed to this total. Keep in mind, however, that all the infill development in the greater Downtown area documented on DenverInfill and in the “01 – Downtown Denver Infill Boom” link above is not counted in our 2000s total. Those were all multi-family residential projects, not single-family, so the grand total number of new housing units built in the city in the 2000s was substantially higher. 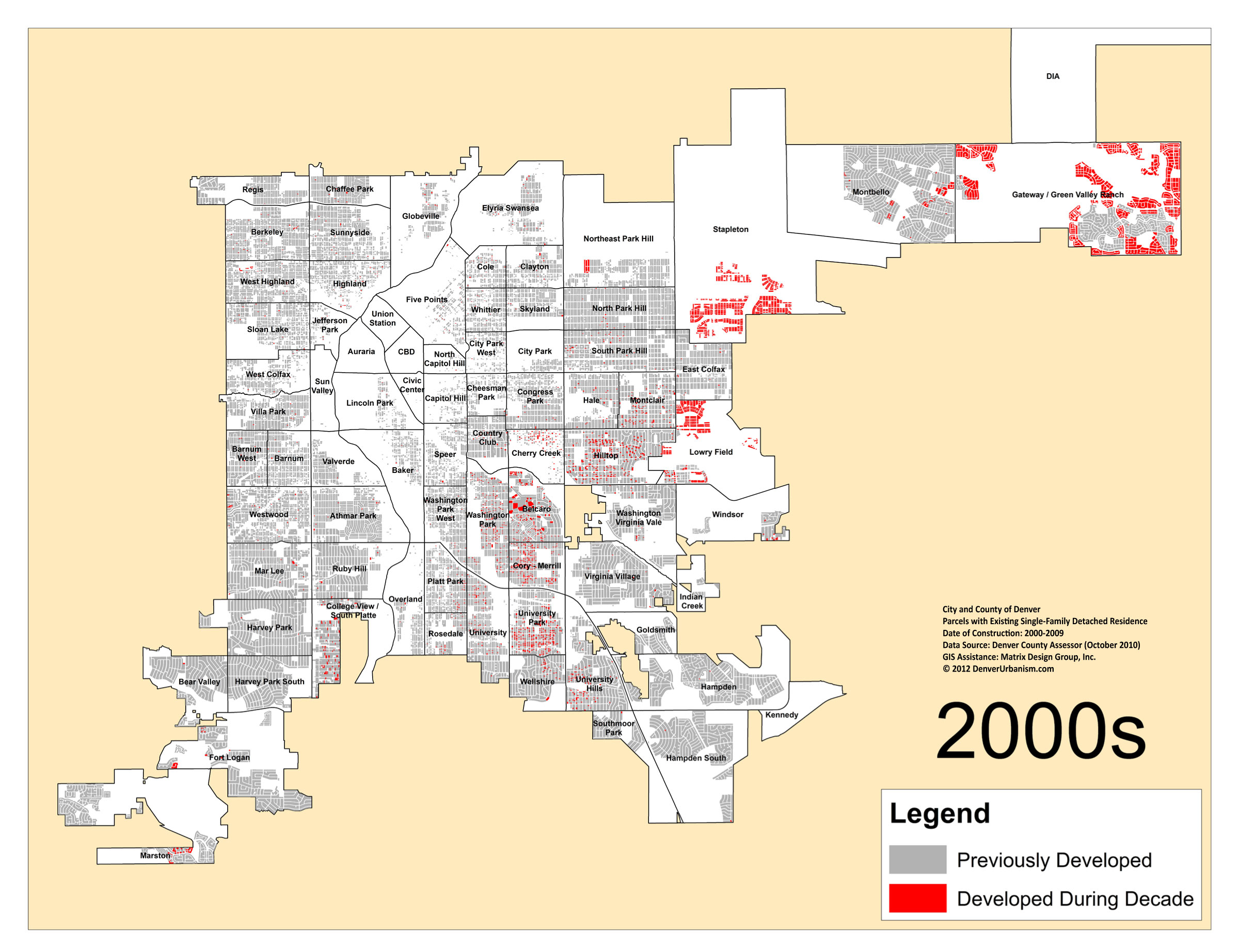 What is obvious is the growth in the Stapleton, Lowry, Green Valley Ranch, and Gateway areas. But if you look closely, you can see that the Montclair, Hilltop, Washington Park, Belcaro, Cory-Merrill, University Park, University Hills, and College View-South Platte neighborhoods also had a lot of scattered new development—people capitalizing on their city location by putting up new homes on vacant or underdeveloped lots.

Here are the 2000s parcels colored in red over a current Google Earth aerial: 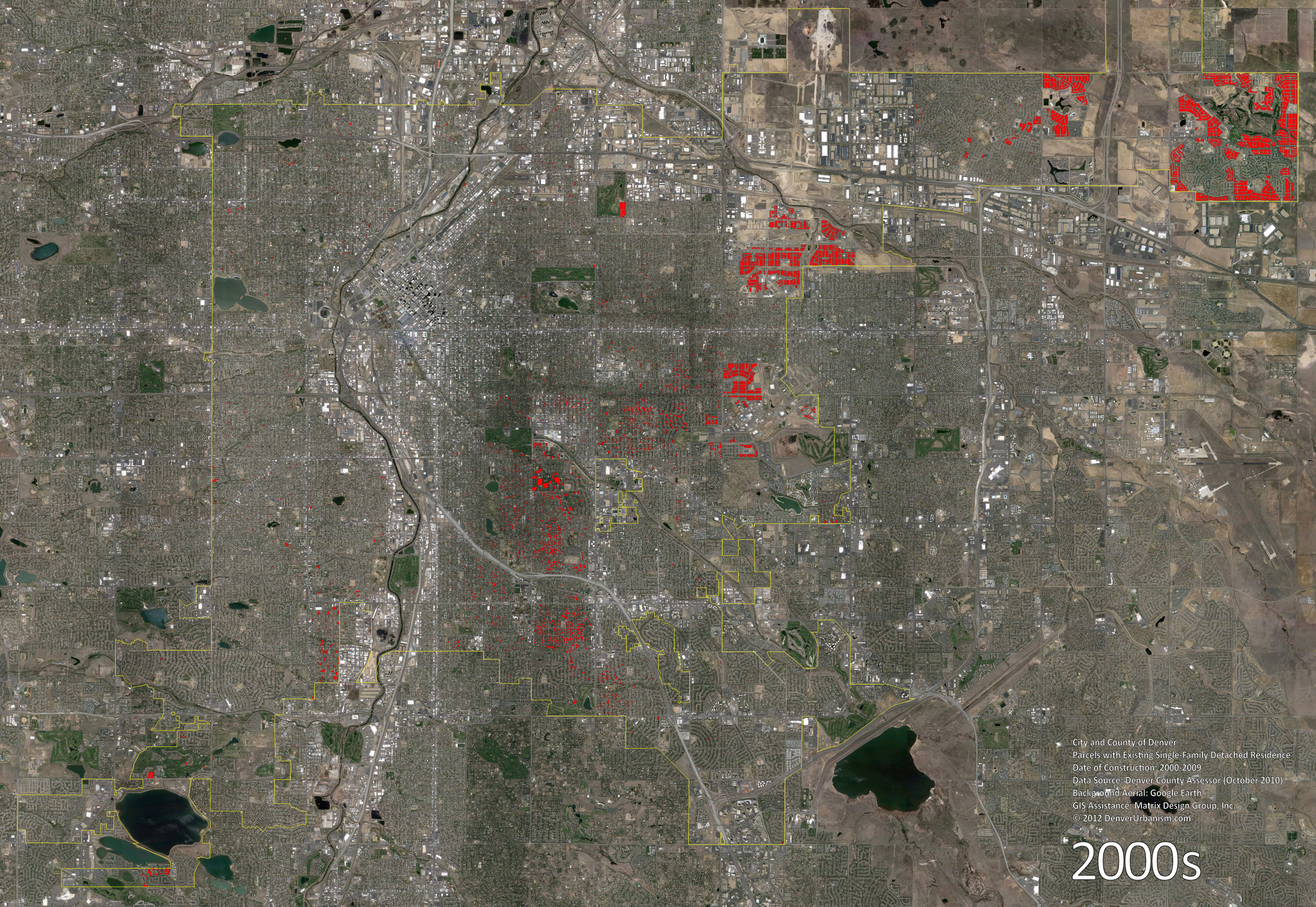 The first decade of the new century began much like the end of the last, with the Neoeclectic phase of domestic architecture perhaps more pronounced than ever. The modern Ranch continued as the home of choice for the masses with greenfield subdivisions remaining the prototype.

1. Ranch. The style features typically asymmetrical single-story homes with very low-pitched roofs and broad, sometimes rambling facades. The eaves may be either boxed or open, with the rafters exposed and with a moderate or wide overhang. Both brick and wooden facades are common, sometimes in combination. Modest traditional detailing, usually loosely based on Spanish or English Colonial precedents is common and frequently entails decorative shutters and porch-roof supports. Ribbon windows are common as are large picture windows in living areas. Some examples from the decade of the Ranch and its variants (Gateway/Green Valley Ranch): 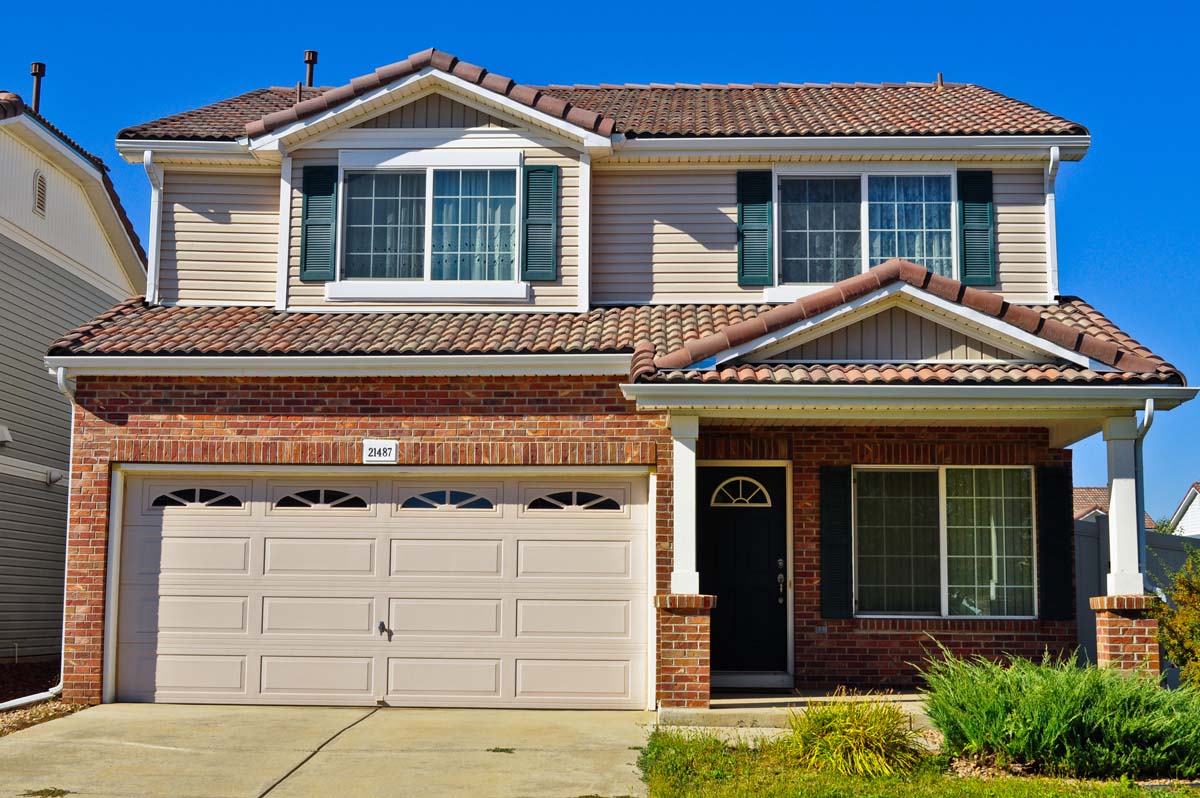 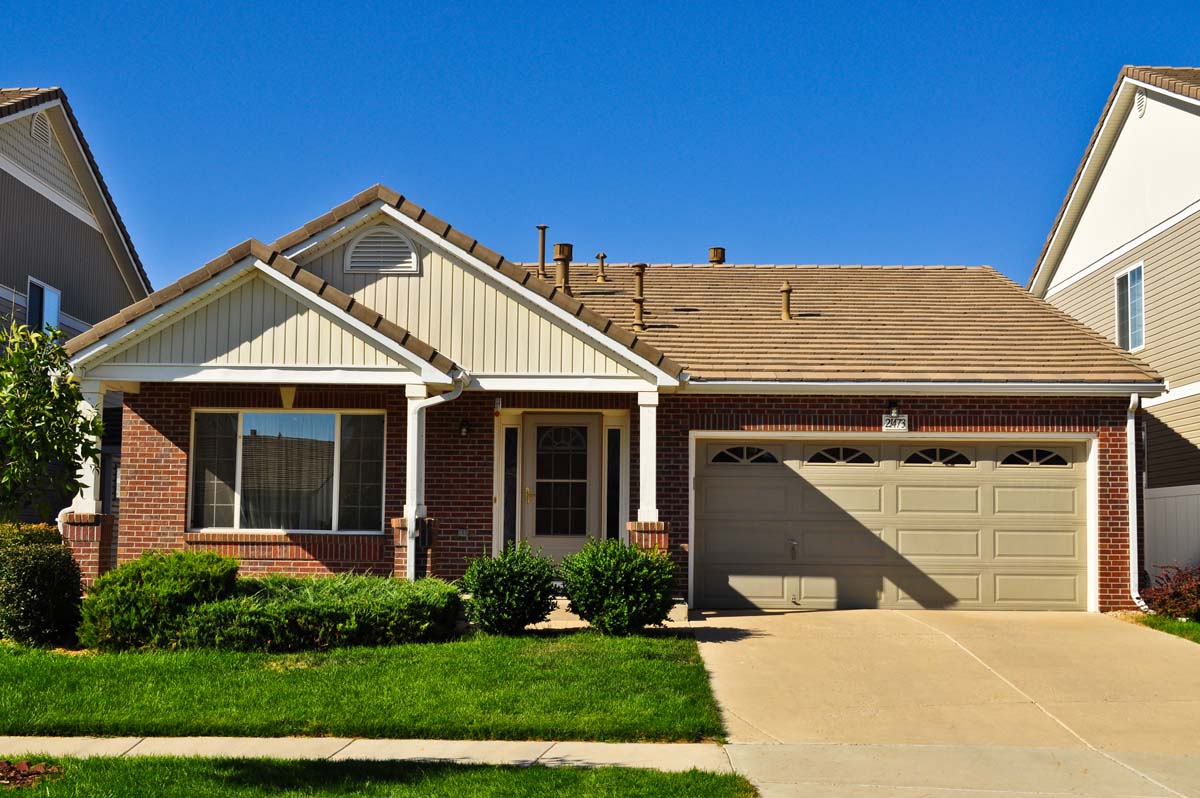 2. Postmodern. Postmodern architecture replaces structured modernist form and function with an eclectic amalgamation of borrowed styles. The style features diverse aesthetics: styles collide, form is adopted for its own sake, and new ways of viewing familiar styles and space abound. Features include the use of sculptural forms, ornaments, anthropomorphism, and materials which perform trompe l’oeil, creating the illusion of space or depths where none actually exist. Left (Hilltop), right (Cherry Creek): 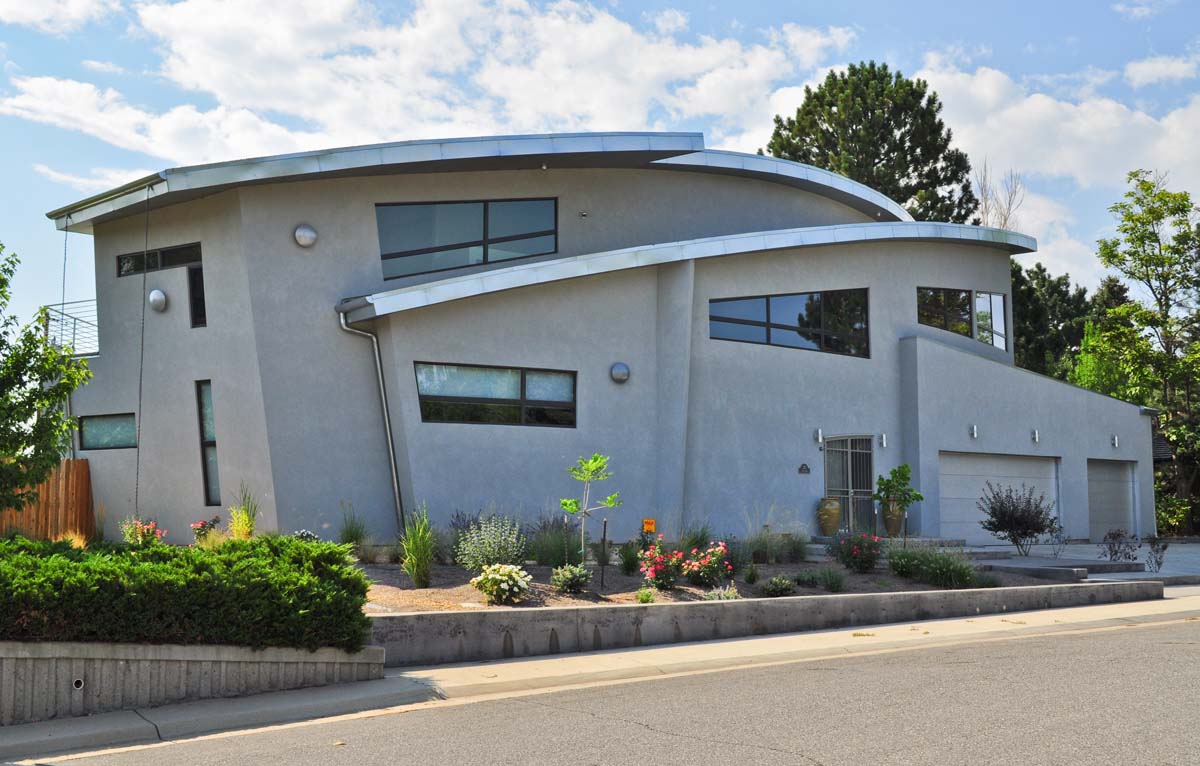 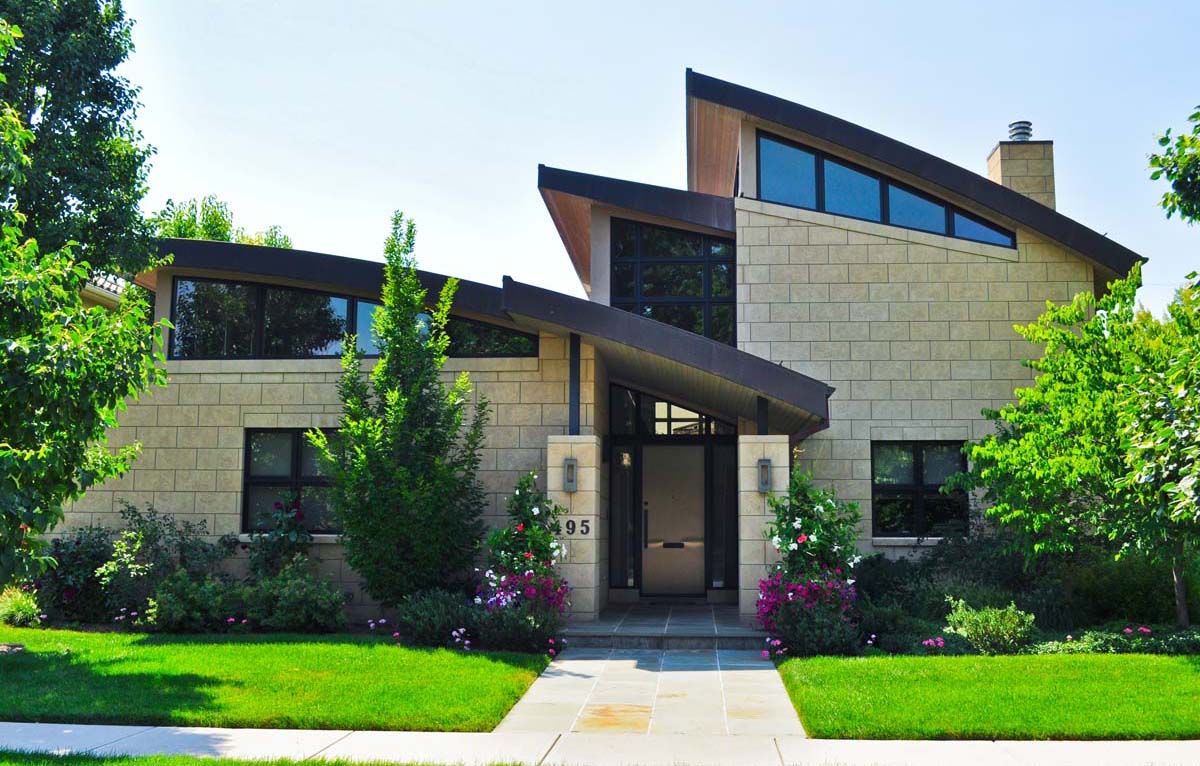 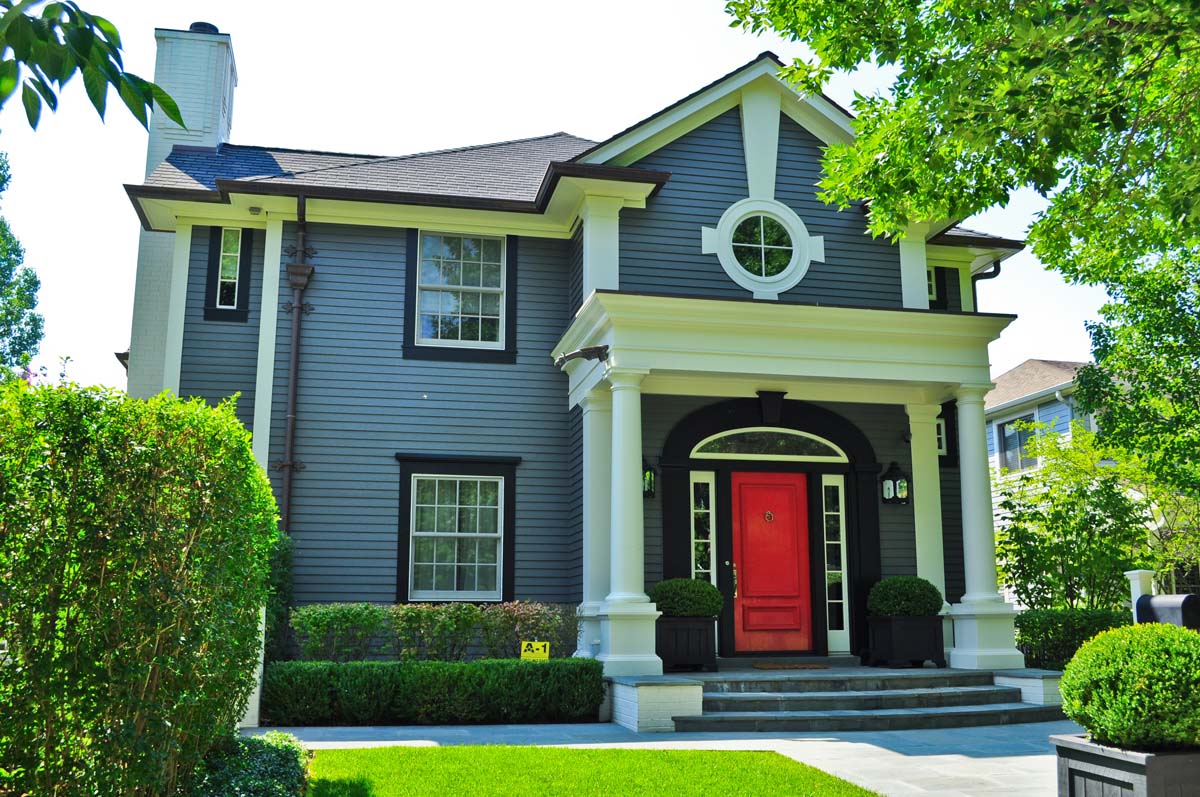 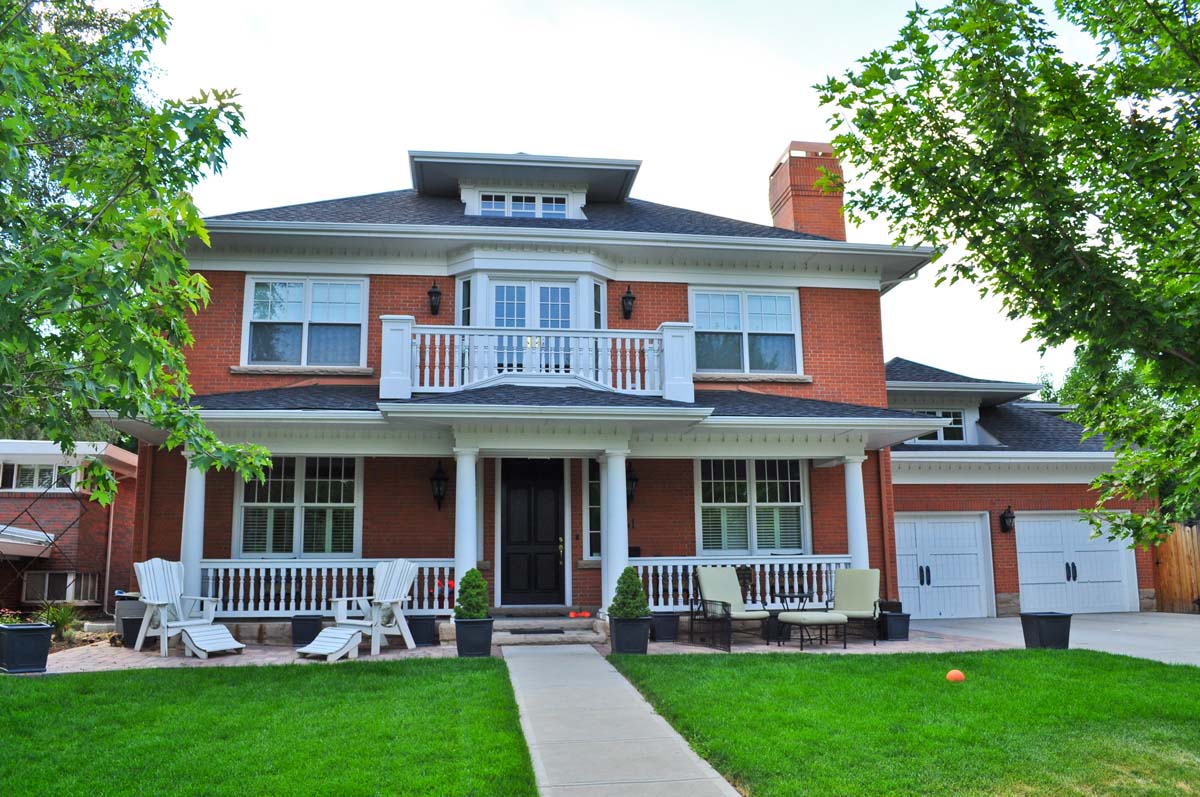 4. Contemporary. The style is oftentimes used as a catch-all to describe modern styles that share a variety of features that haven’t yet been classicized. Generally few, if any, traditional building methods and ornamentation features are used. It’s also one of the first architectural styles to embrace completely new building methods, and forms that are based more on functionality than style. Characteristics include facades that usually feature a mixture of materials, like stone, brick, and wood, all combined on the same surface, flat roofs, split levels, and large overhangs, and an abundance of glass (Cherry Creek): 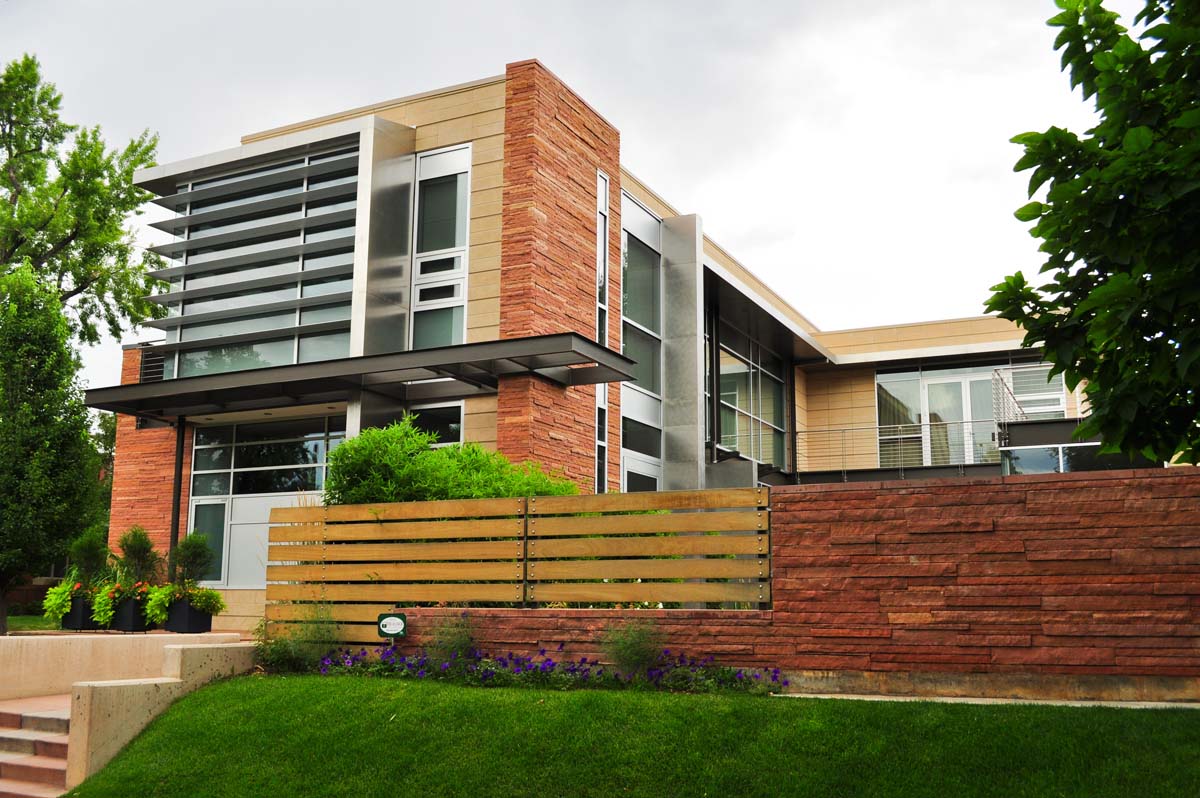 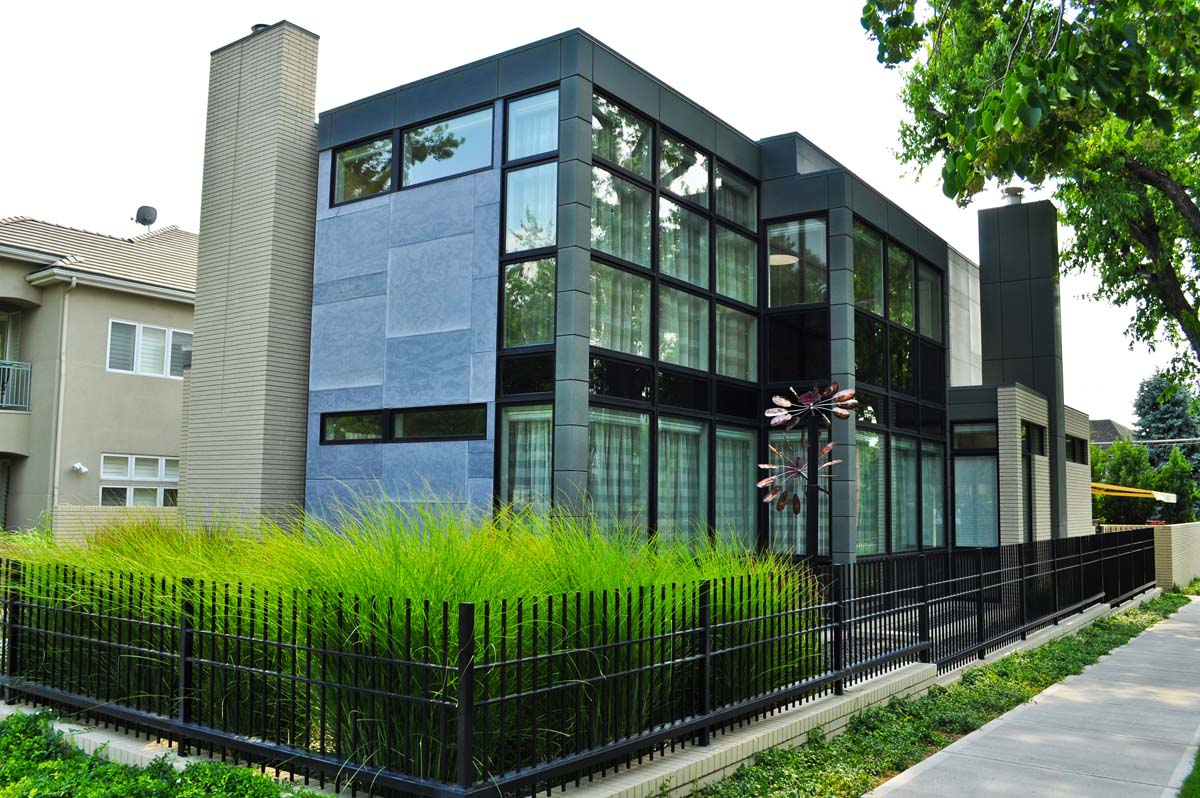 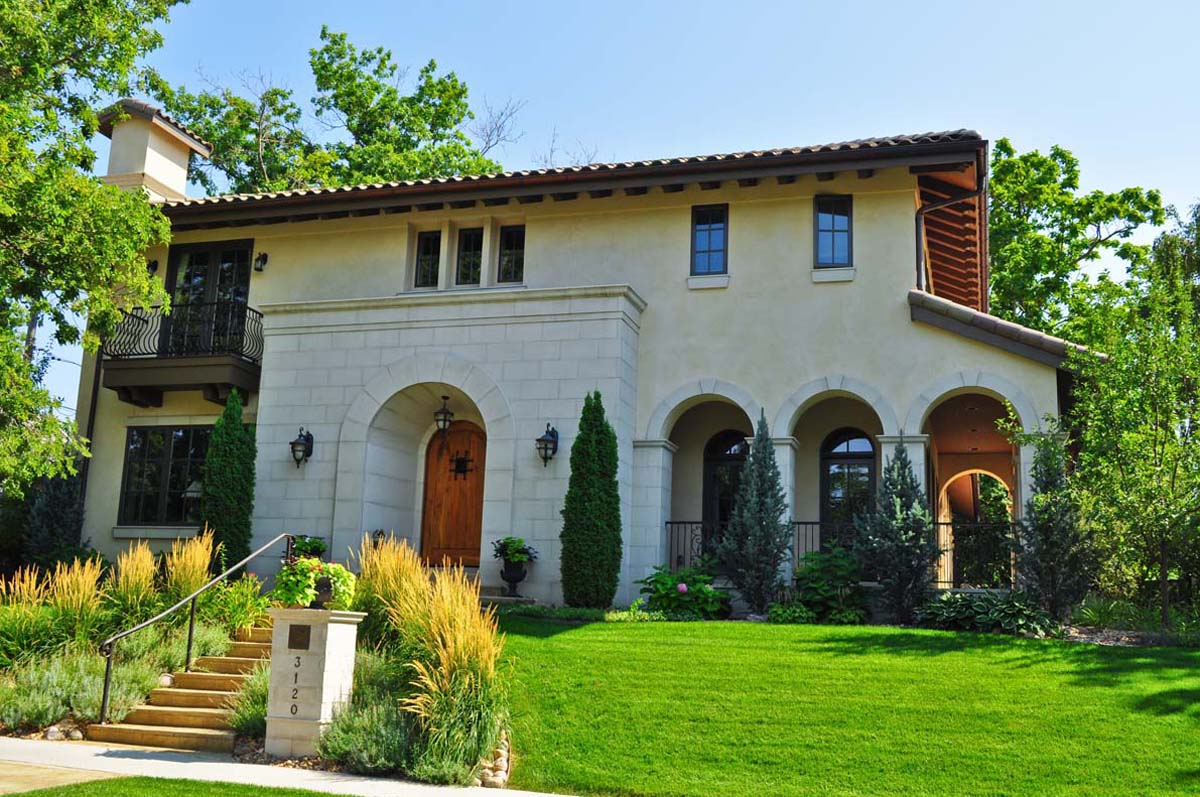 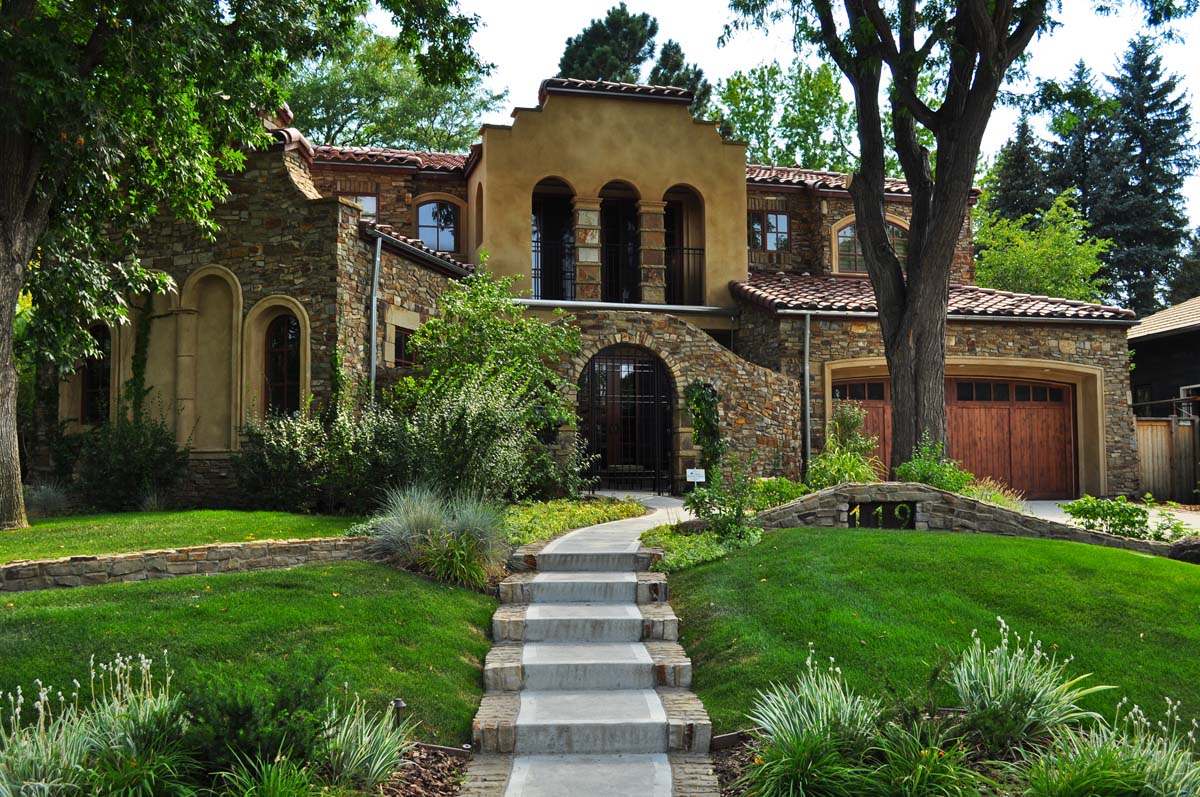 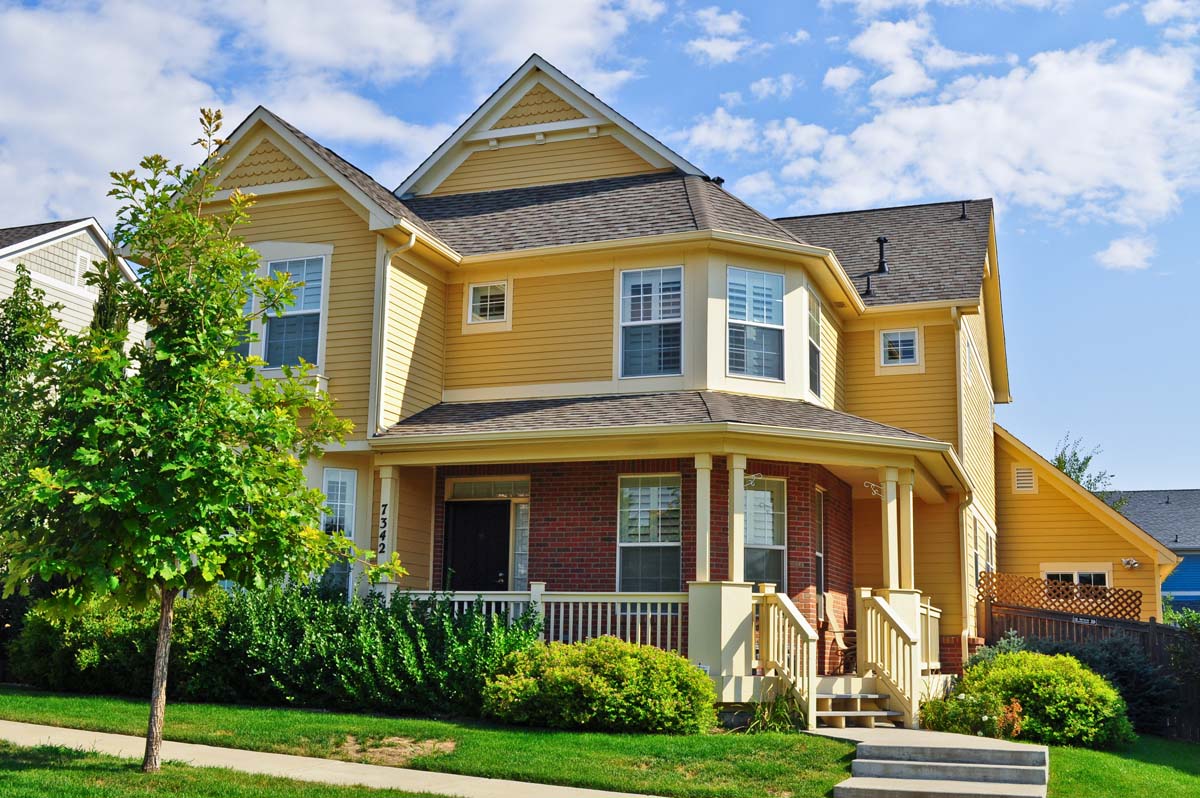 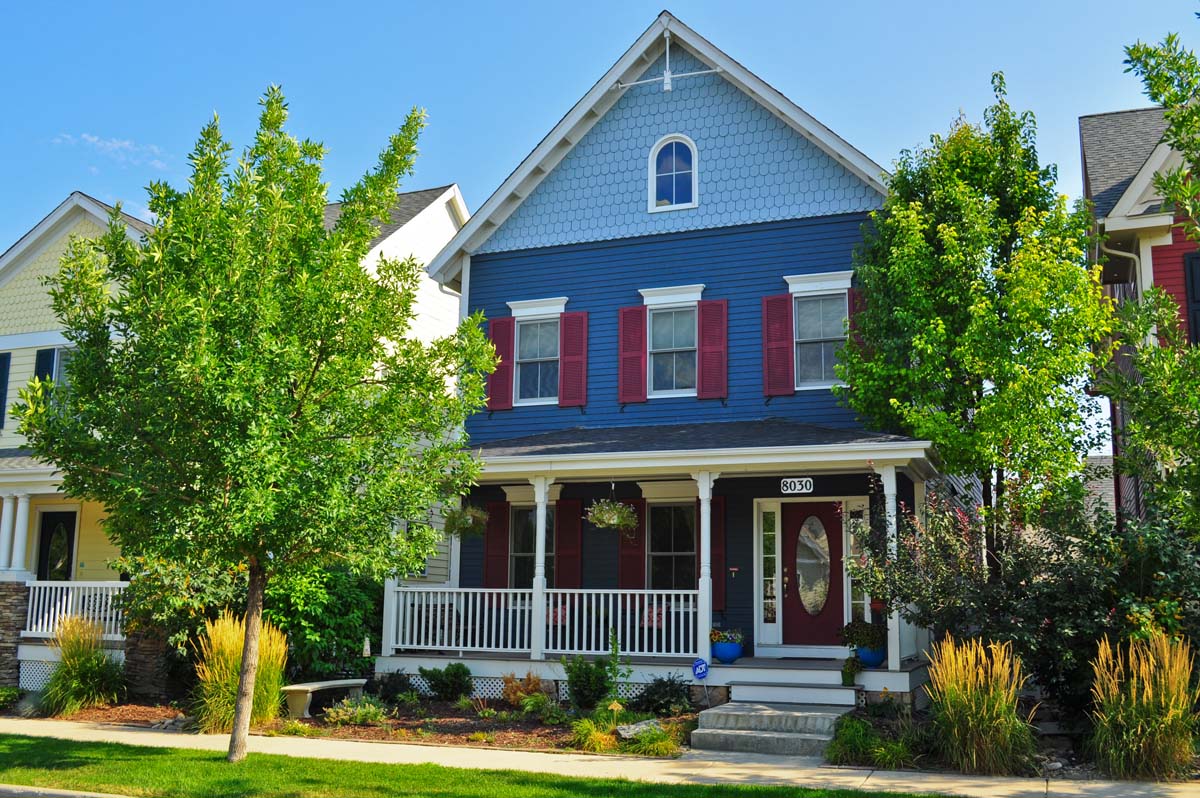 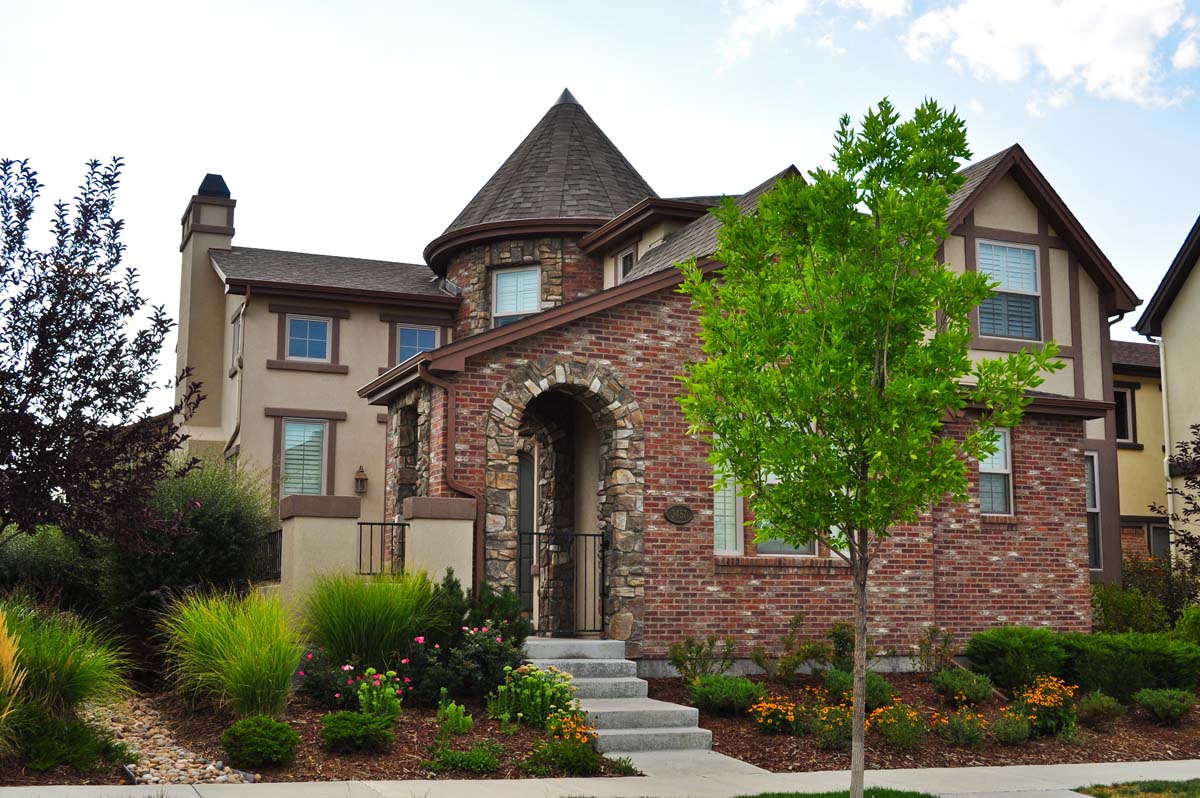 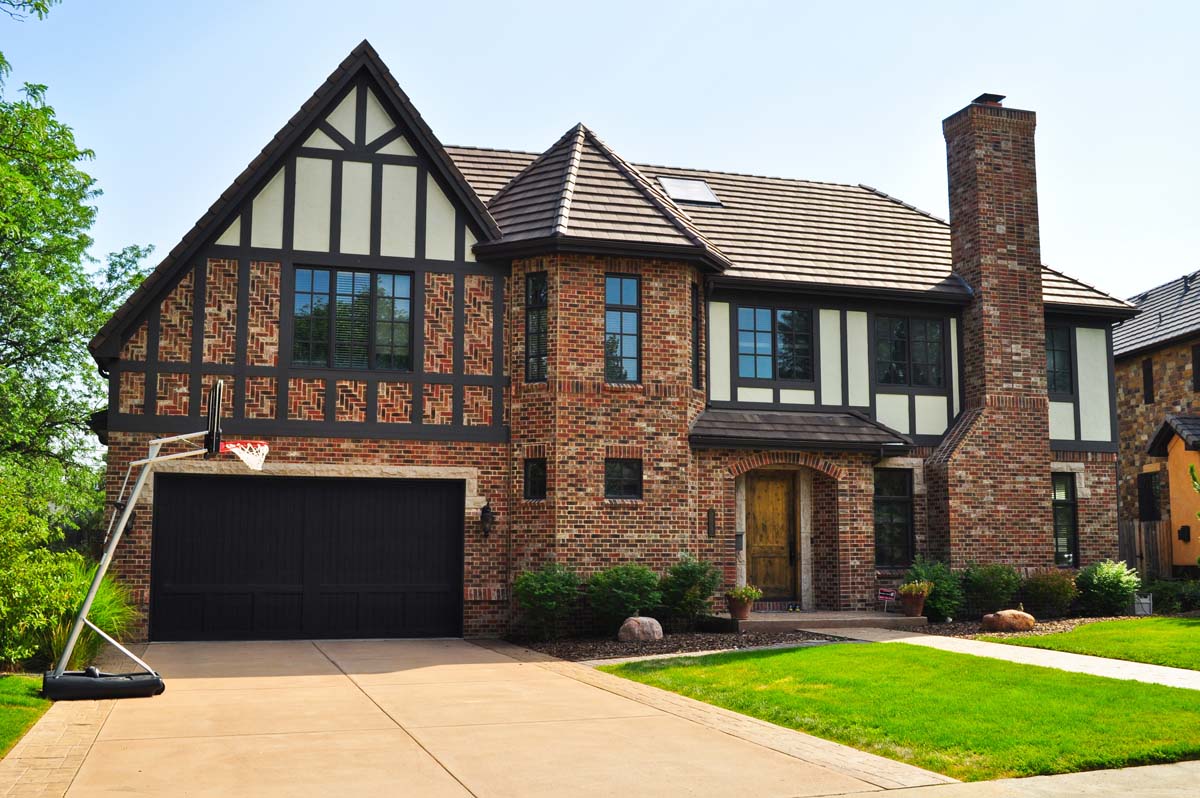 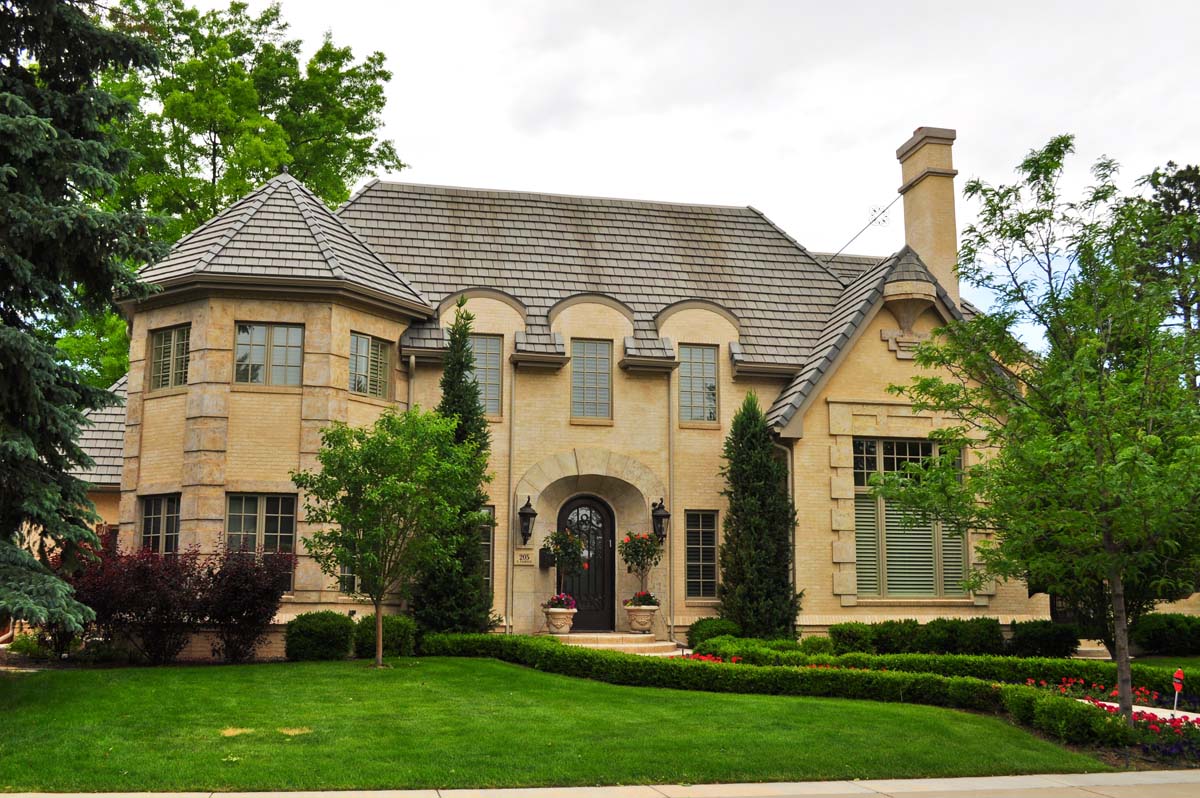 9. Late-Modernism. As described previously, late Modernism refined and reformulated earlier Modern concepts and revived disfavored Modernist features such as radial corners, belt courses, and glass block. Defining characteristics include a horizontal orientation, use of industrial materials such as concrete, ribbon windows and belt courses, hooded or deep-set windows, large areas without windows, no ornament, decorative use of functional features, walls that are eaveless or with boxed or cantilevered eaves, and flat or shed roofs. Left (Lowry), right (University Hills): 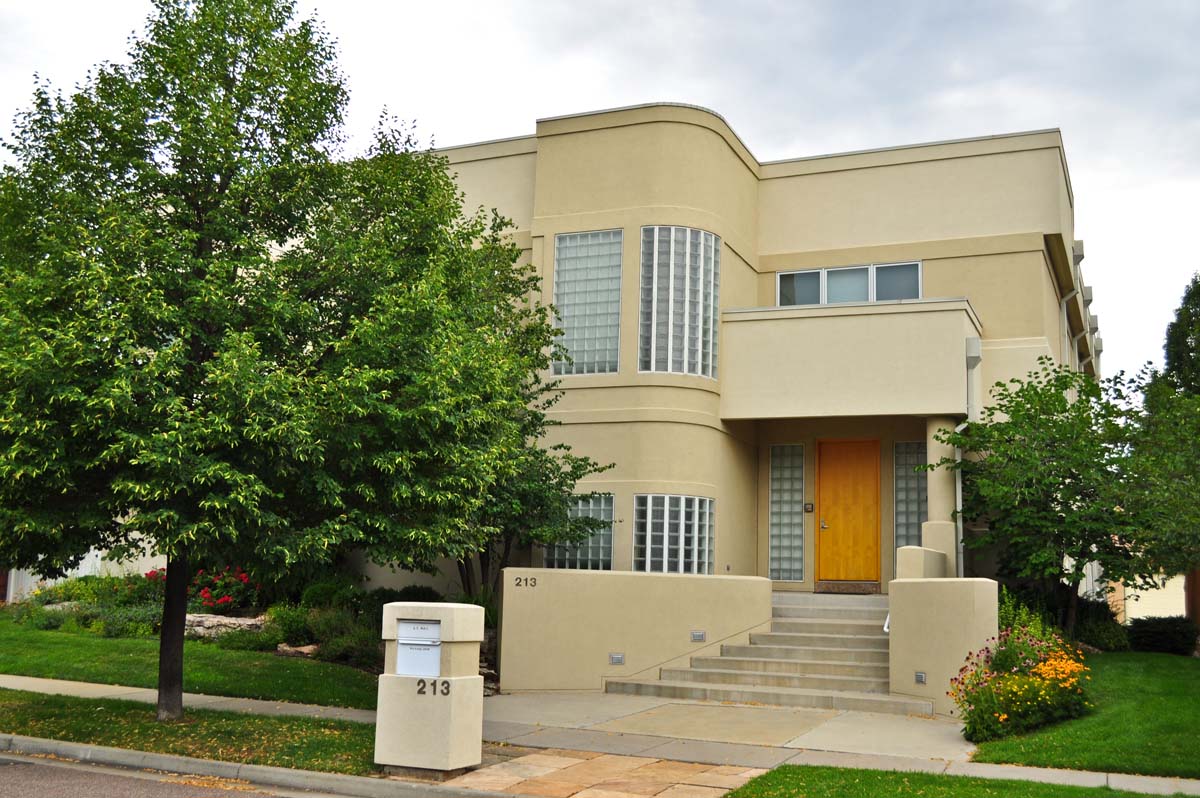 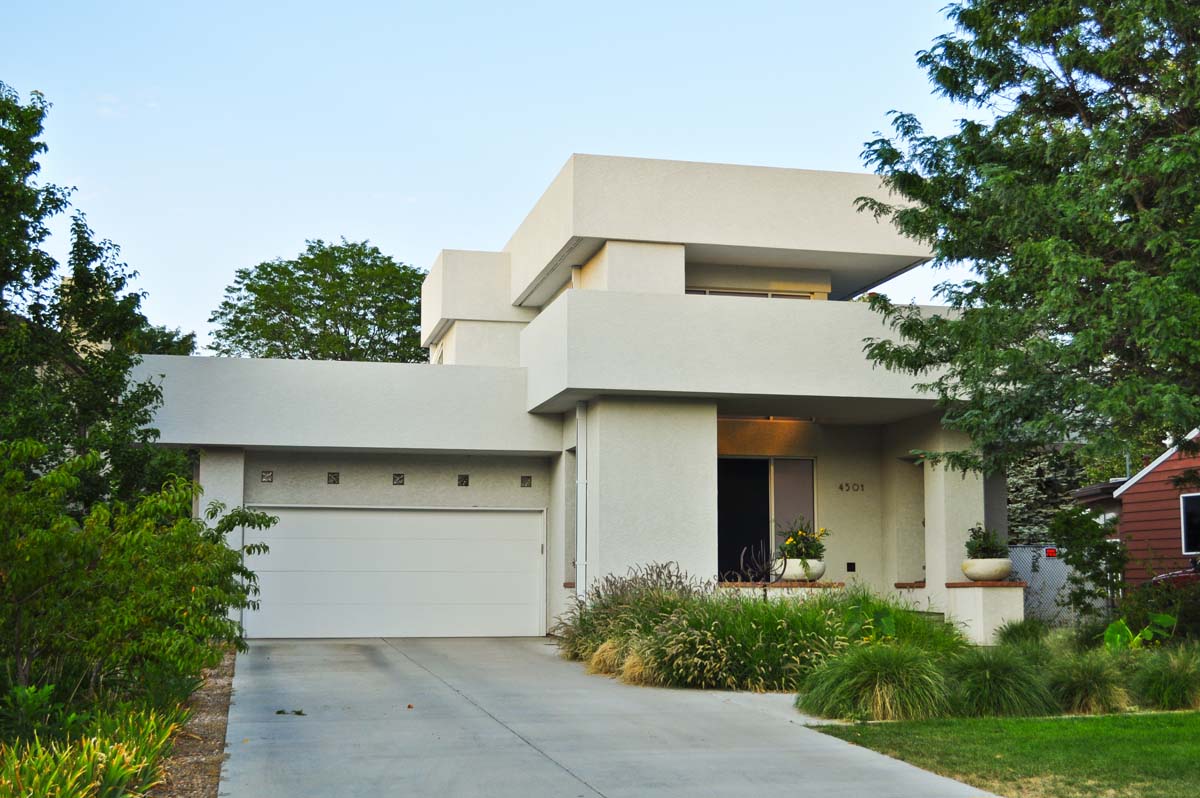 10. The following are some examples of infill from the 2000s in the Stapleton neighborhood: 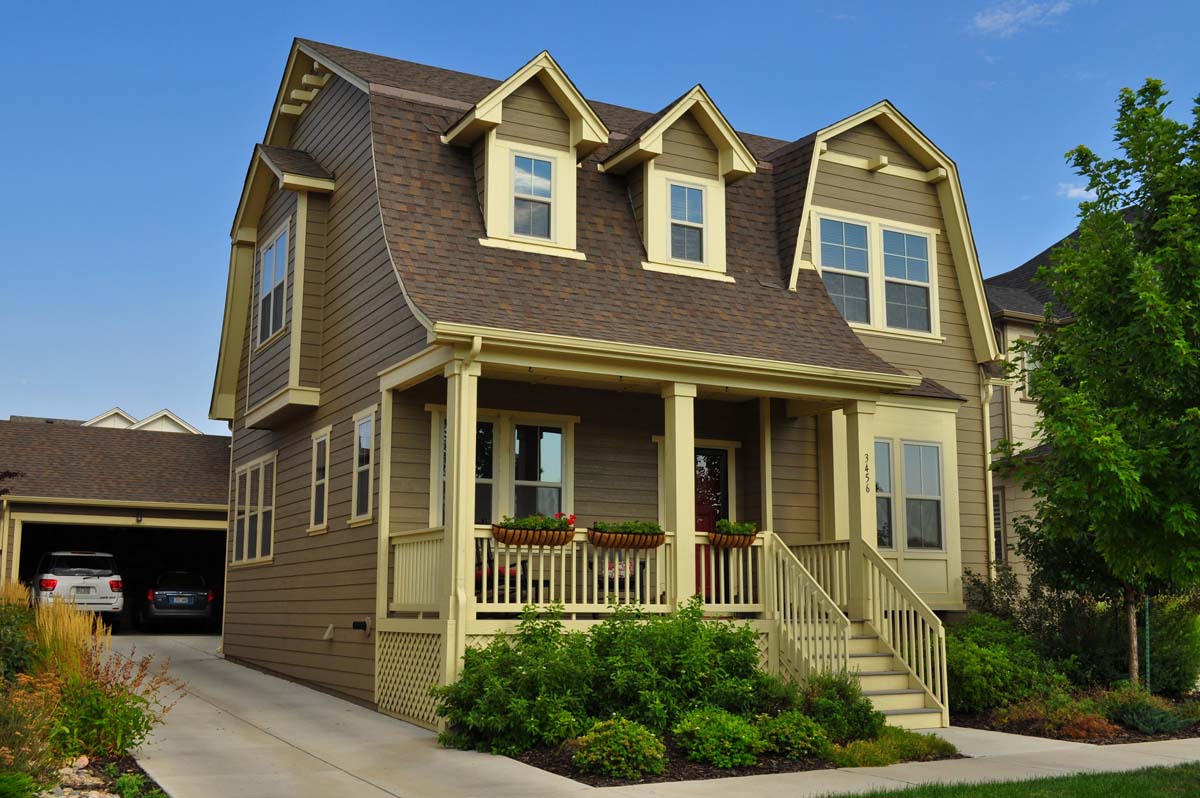 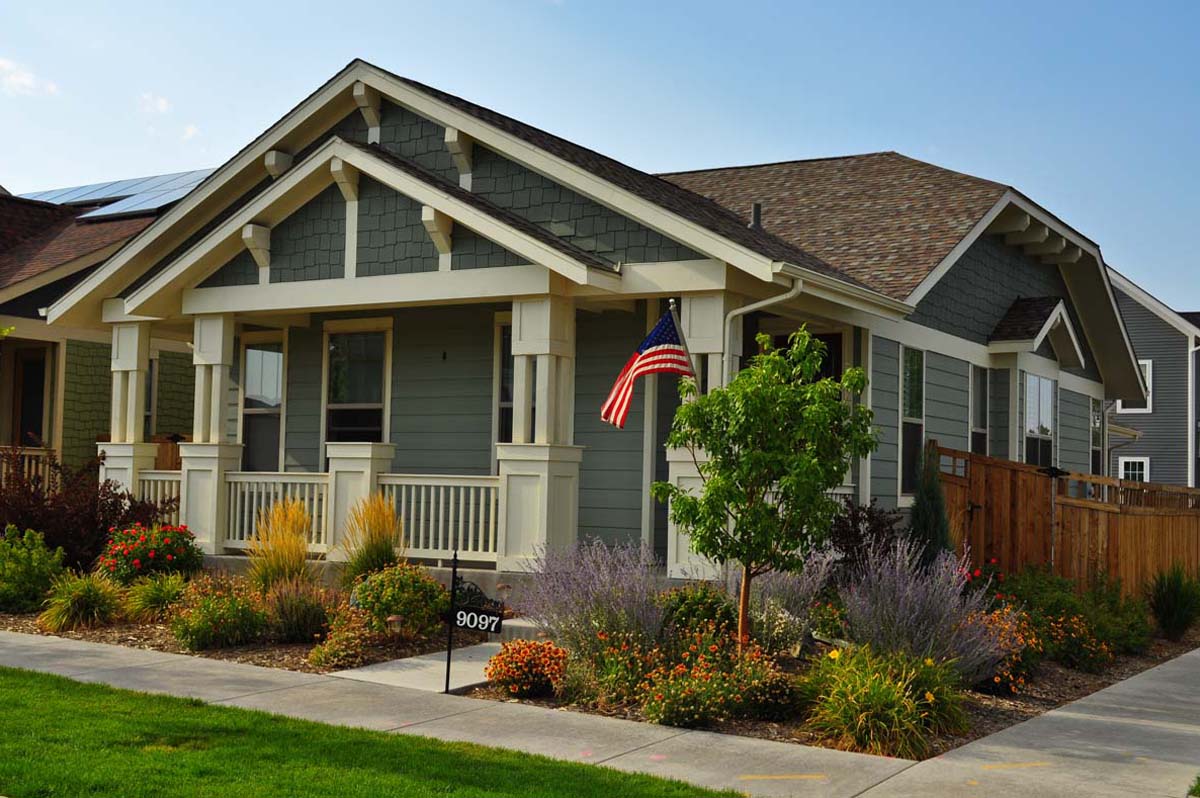 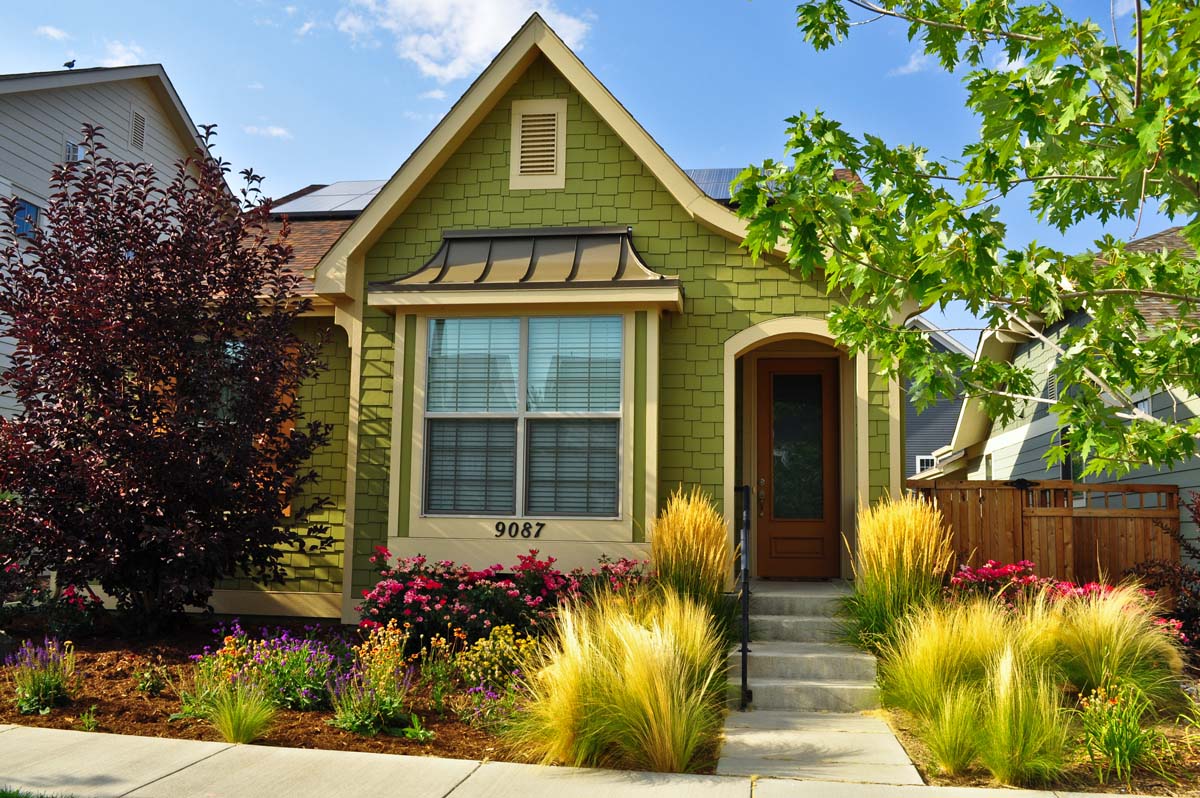 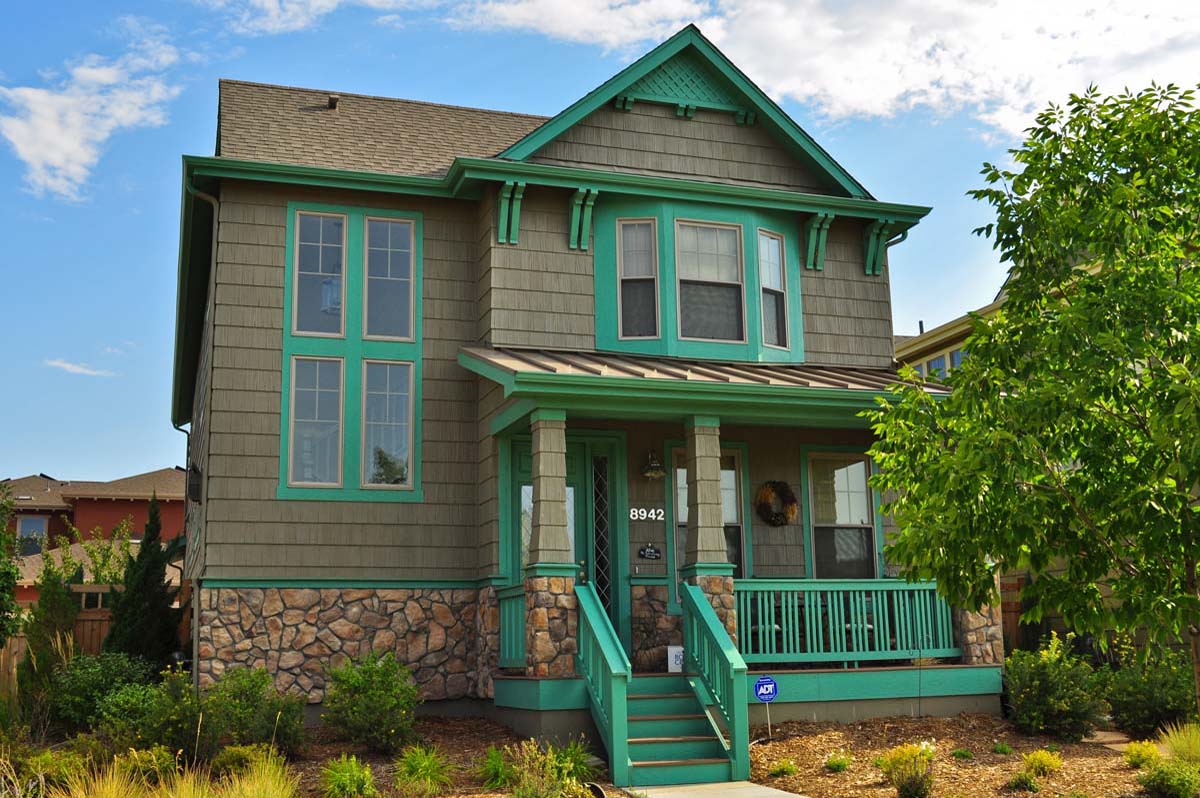 One more post to go in the series! Next, we’ll wrap the project up with a final look at Denver’s geographic growth and some statistics about the city’s single-family housing stock.