While this isn’t a typical post focusing on Denver’s urbanism, I’m sure we can all appreciate some train history rolling through Denver this past weekend. Union Pacific’s 1.2 million pound “Big Boy” No. 4014 made a stop just north of the 38th and Blake commuter rail station for all the train enthusiasts around Denver to check out.

Starting in 1941, twenty-five Big Boys were built for Union Pacific. These trains, powered by steam, were the largest steam locomotives in the world, holding 25,000 gallons of water and 6,100 gallons of fuel to turn said water into steam. The 7,000 horsepower steam engines topped out at 65 miles per hour while turning 68-inch diameter driving wheels. In one of the photos below, you will see the inscription “4-8-8-4”; this was the specific wheel arrangement used to drive these trains. It’s broken down as so: four wheels in the leading truck for stability while entering curves, two sets of eight driving wheels, and four wheels in the trailing truck to support the large firebox. 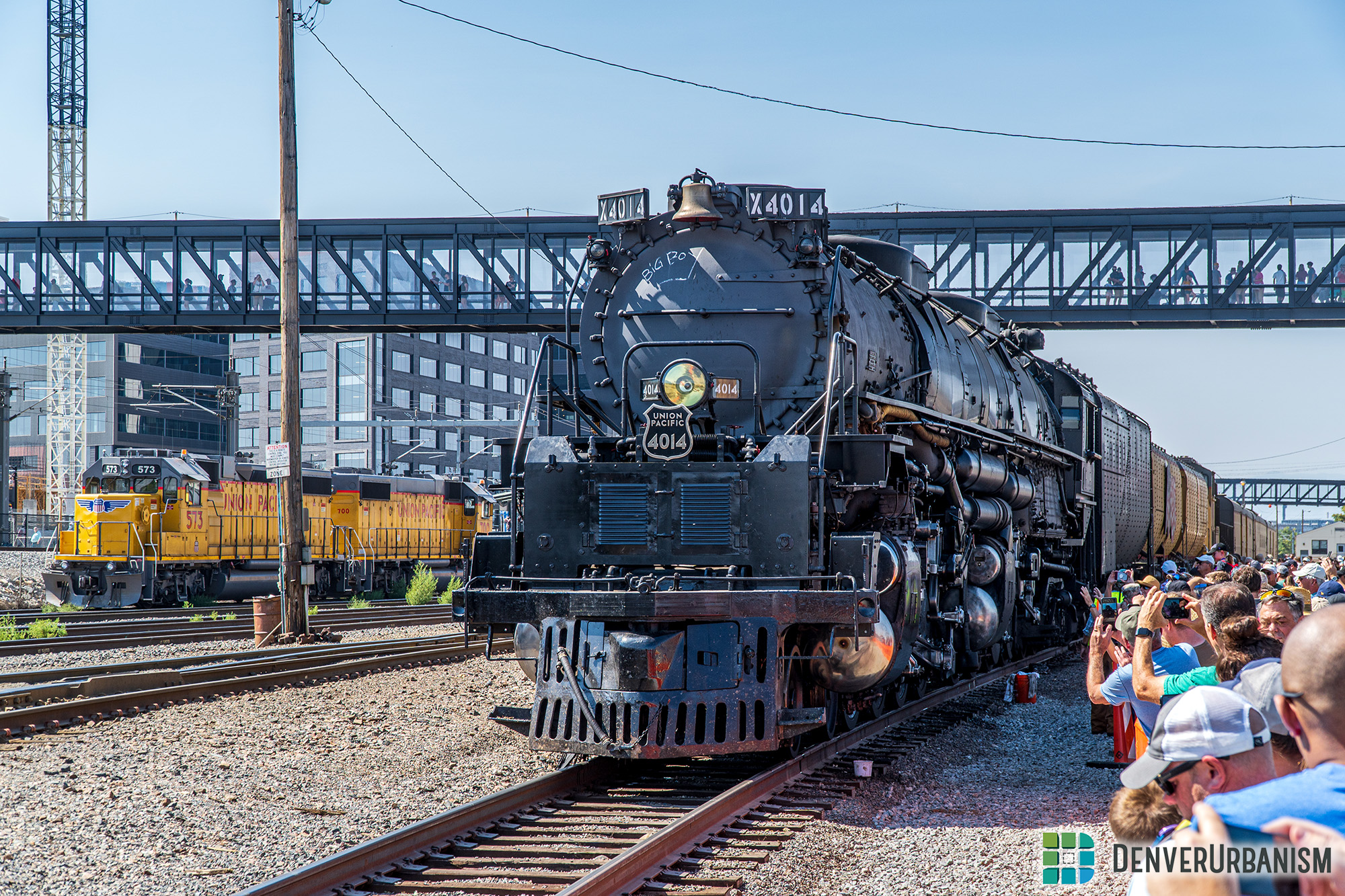 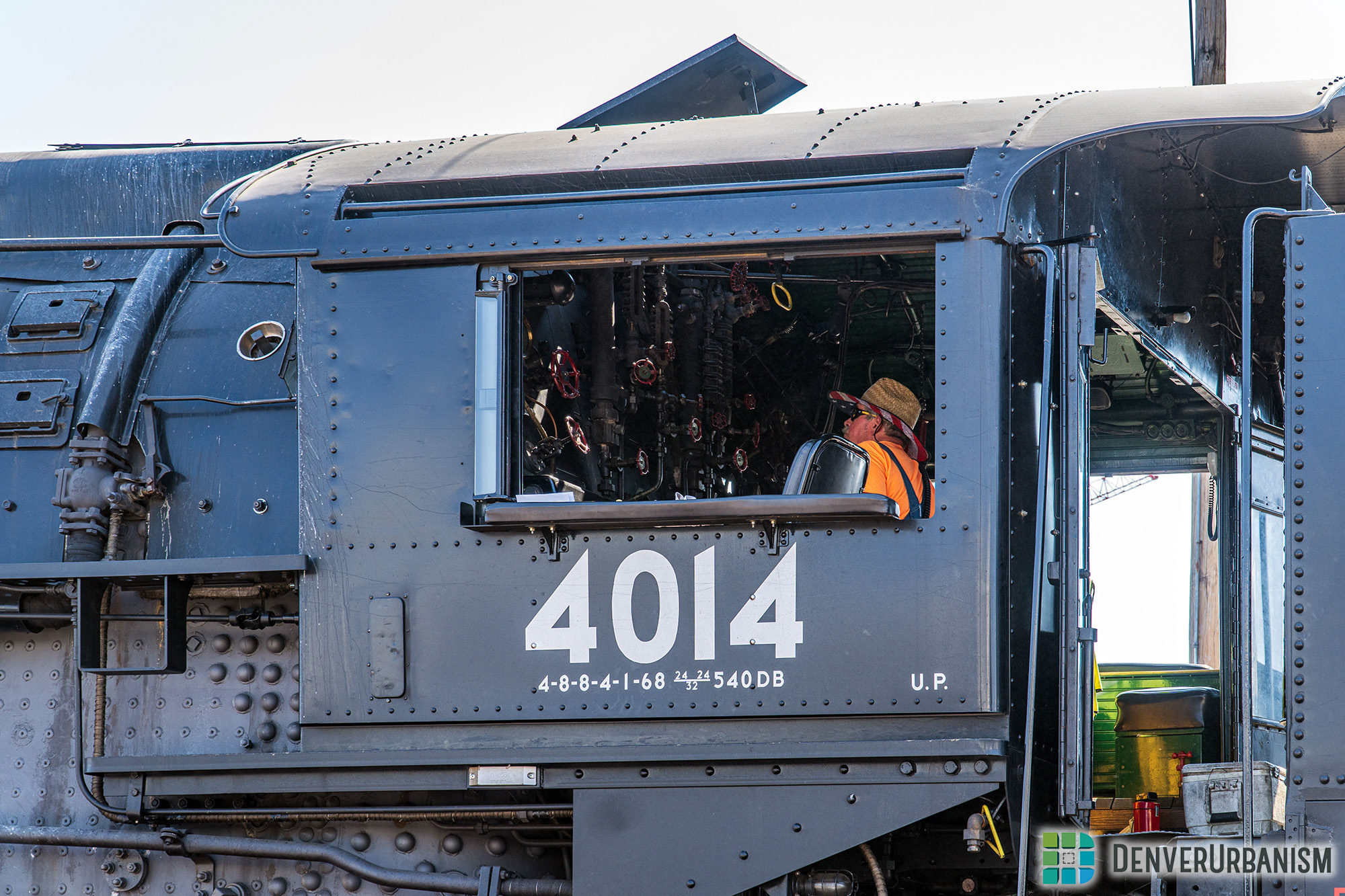 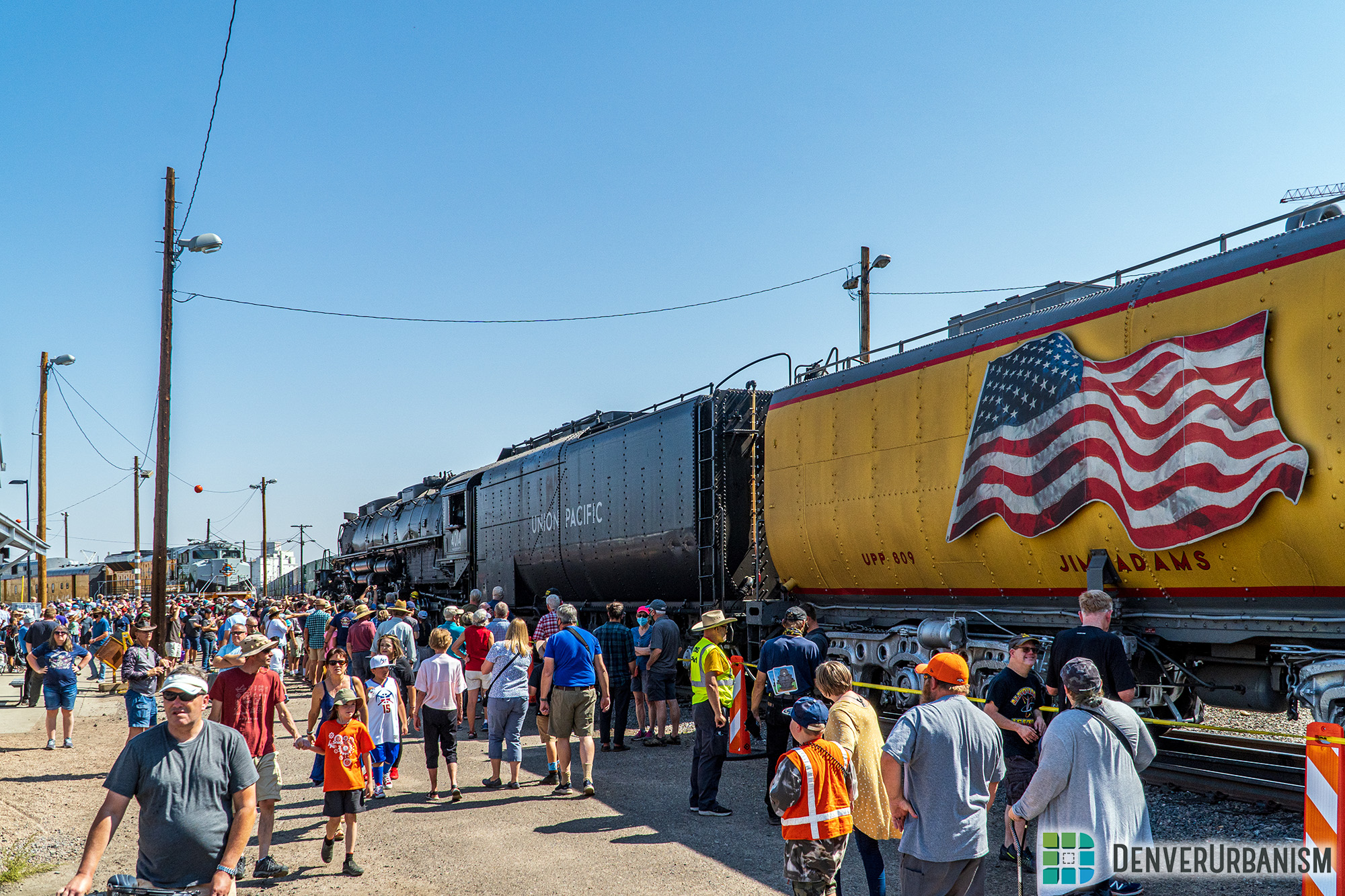 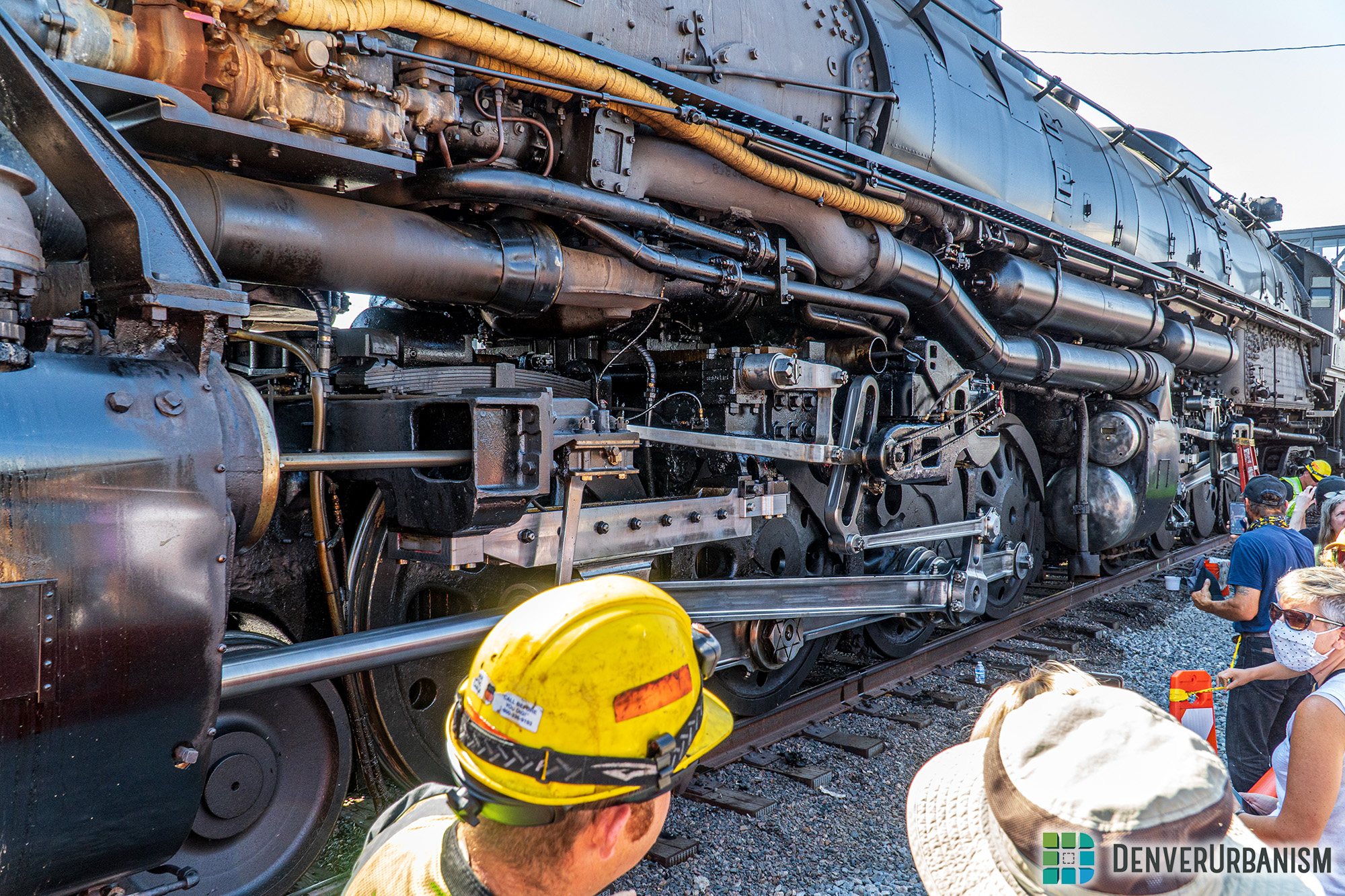 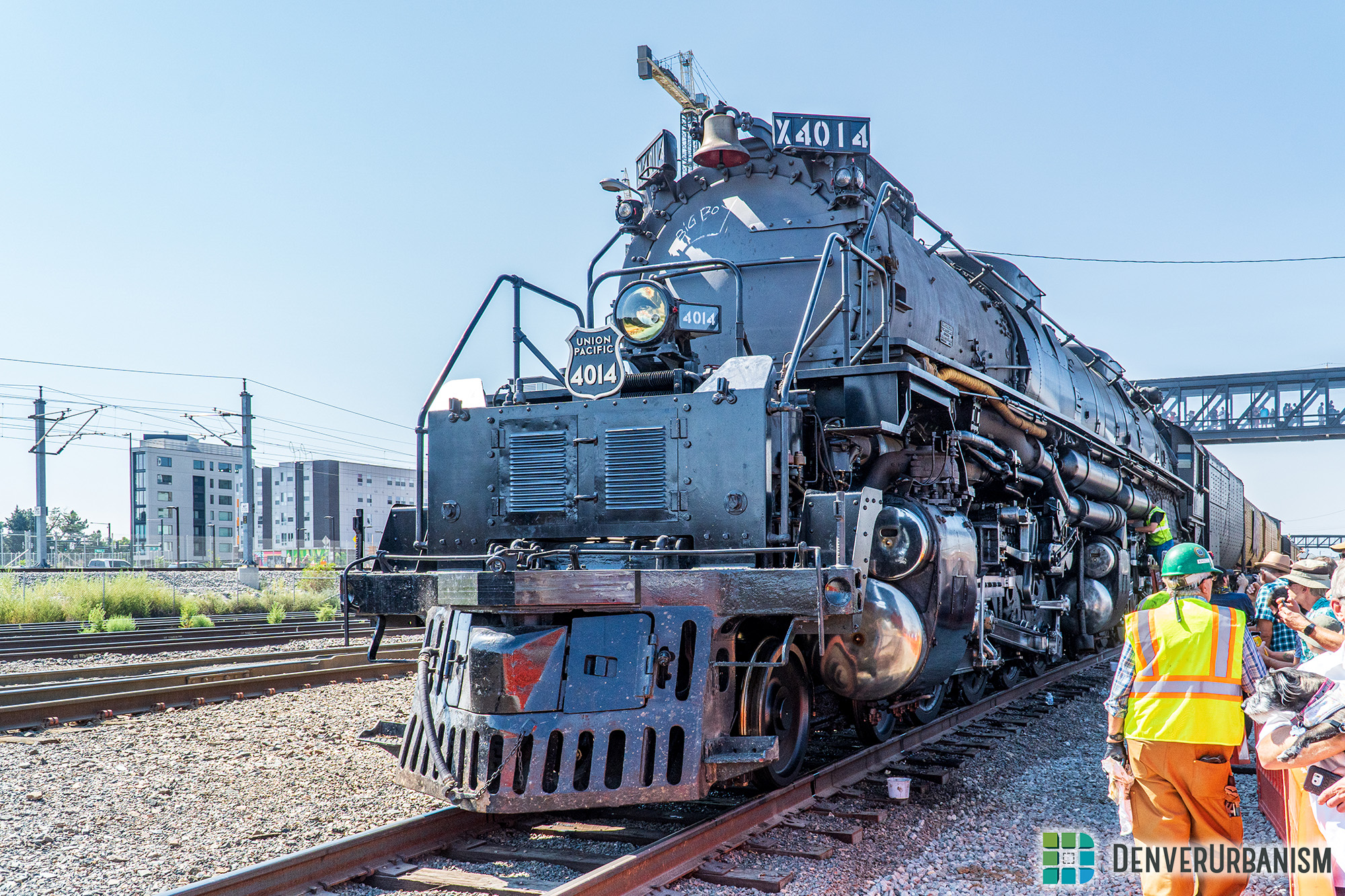 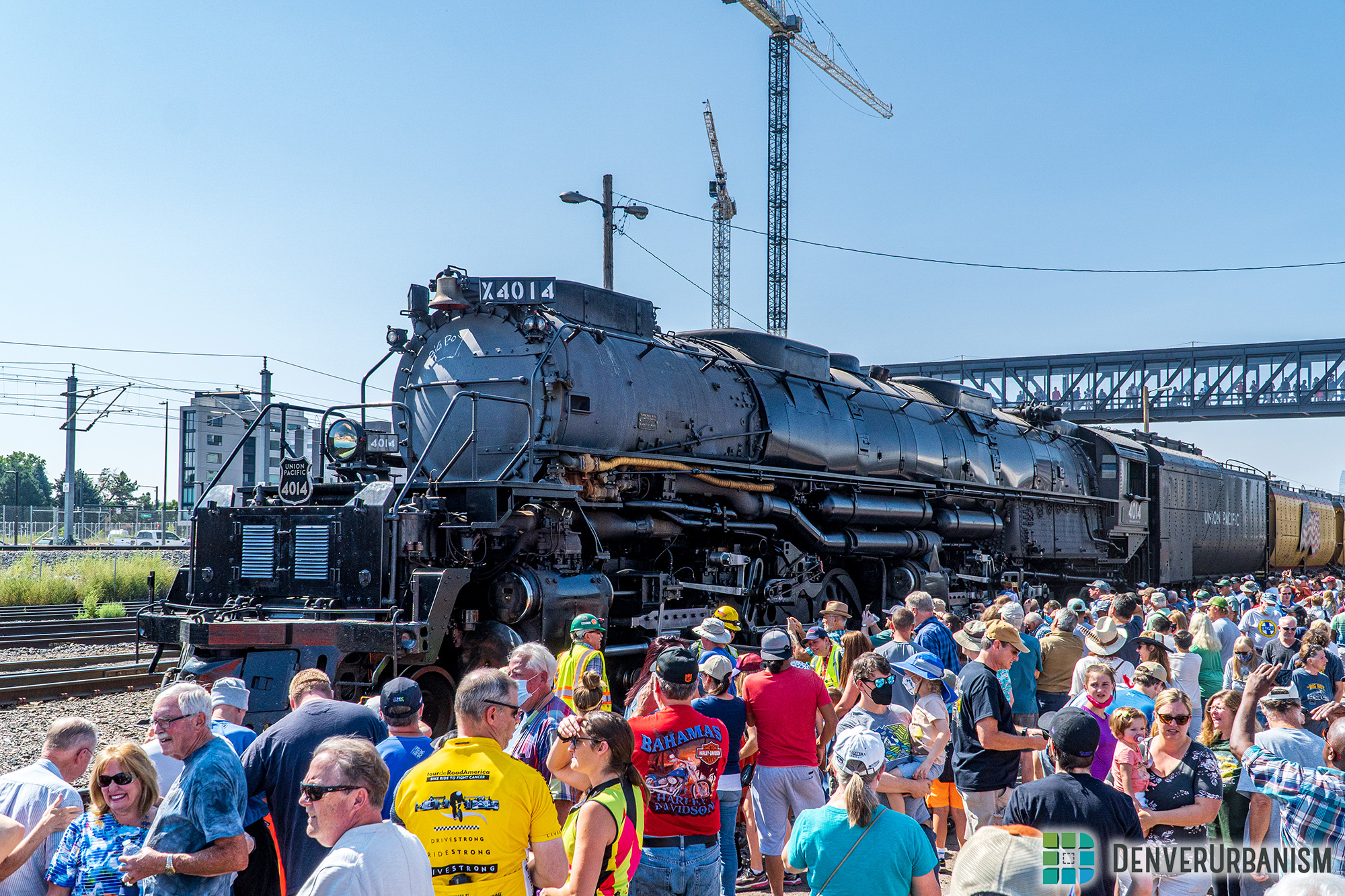 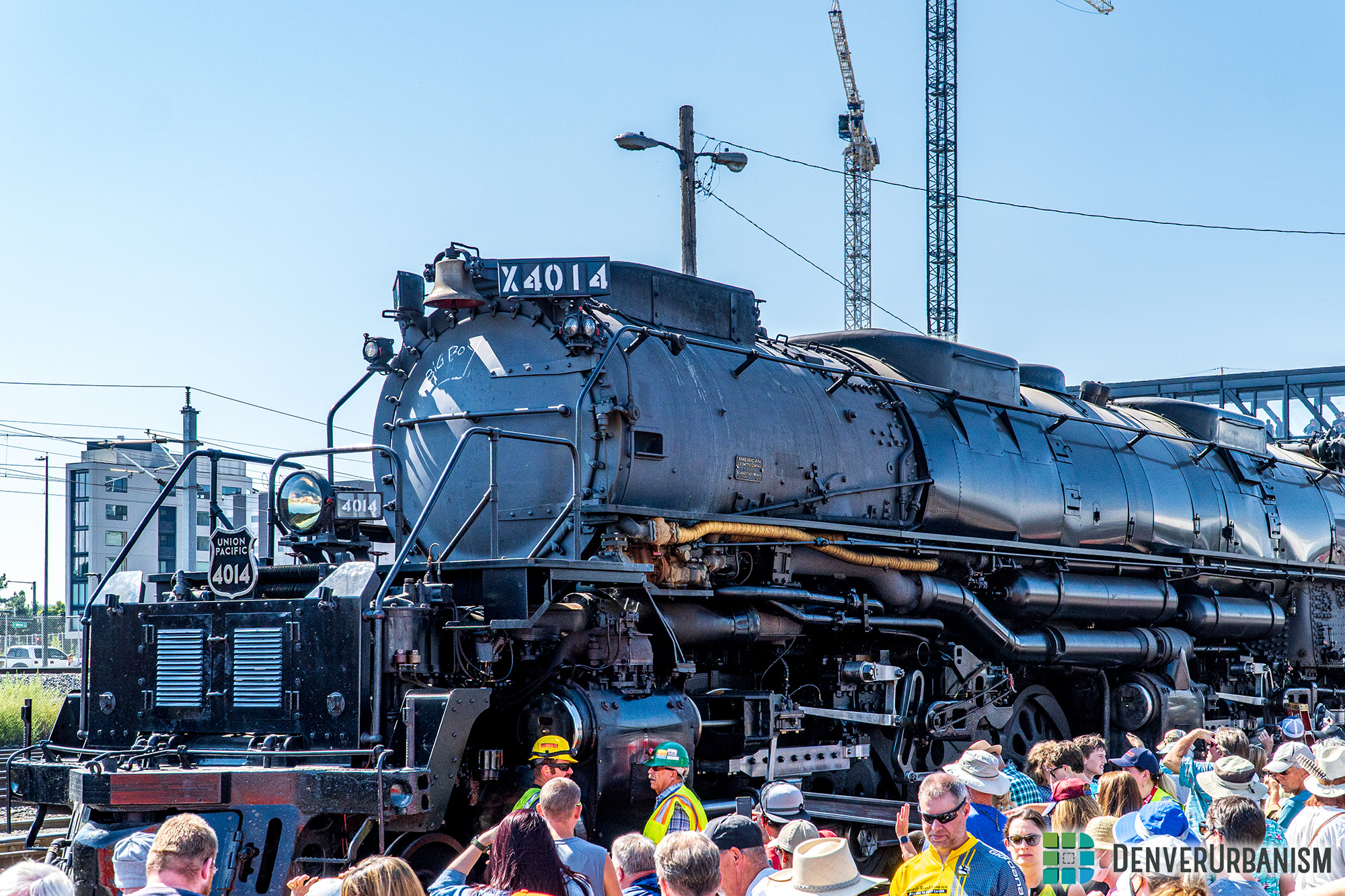 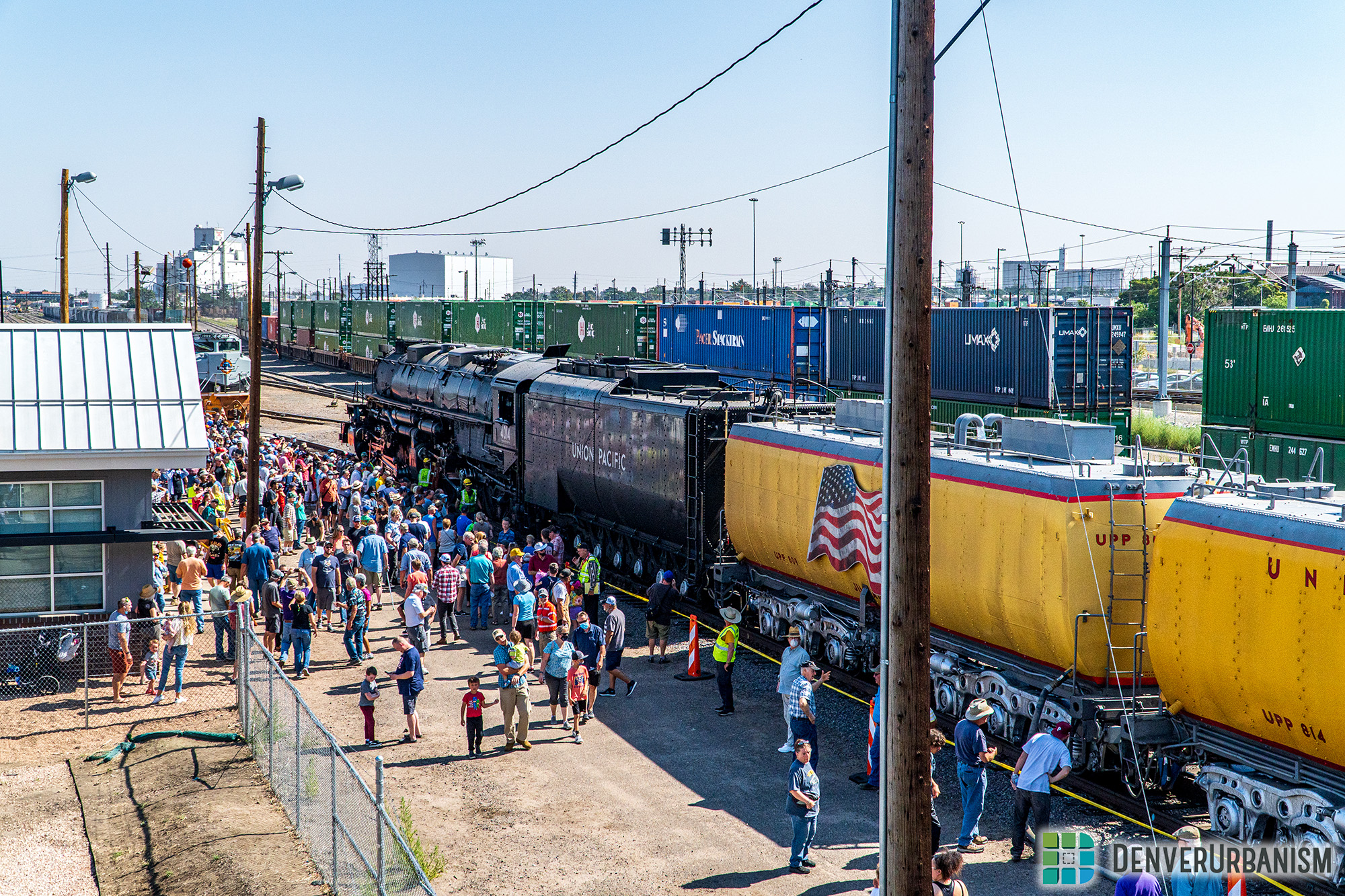 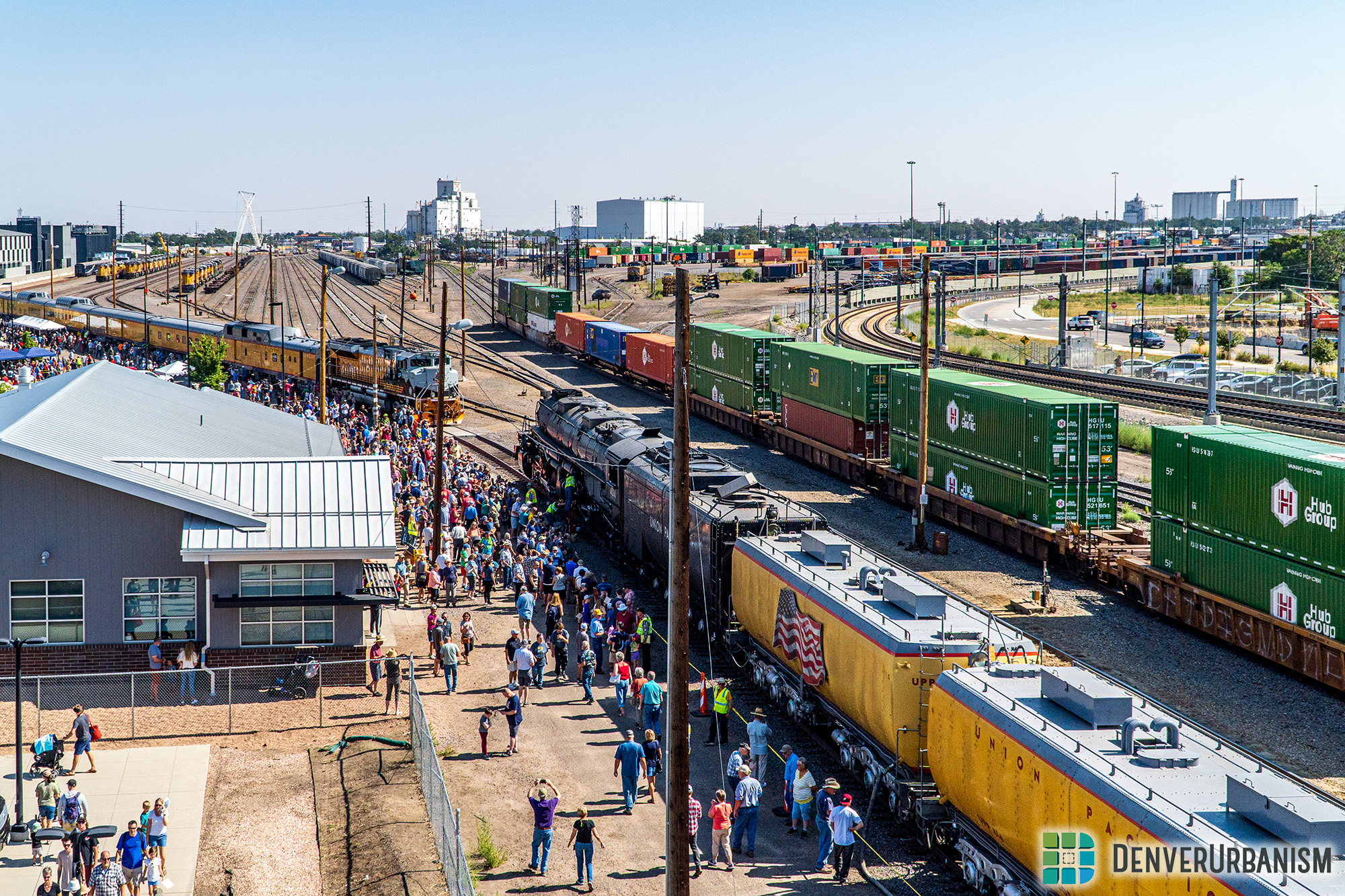 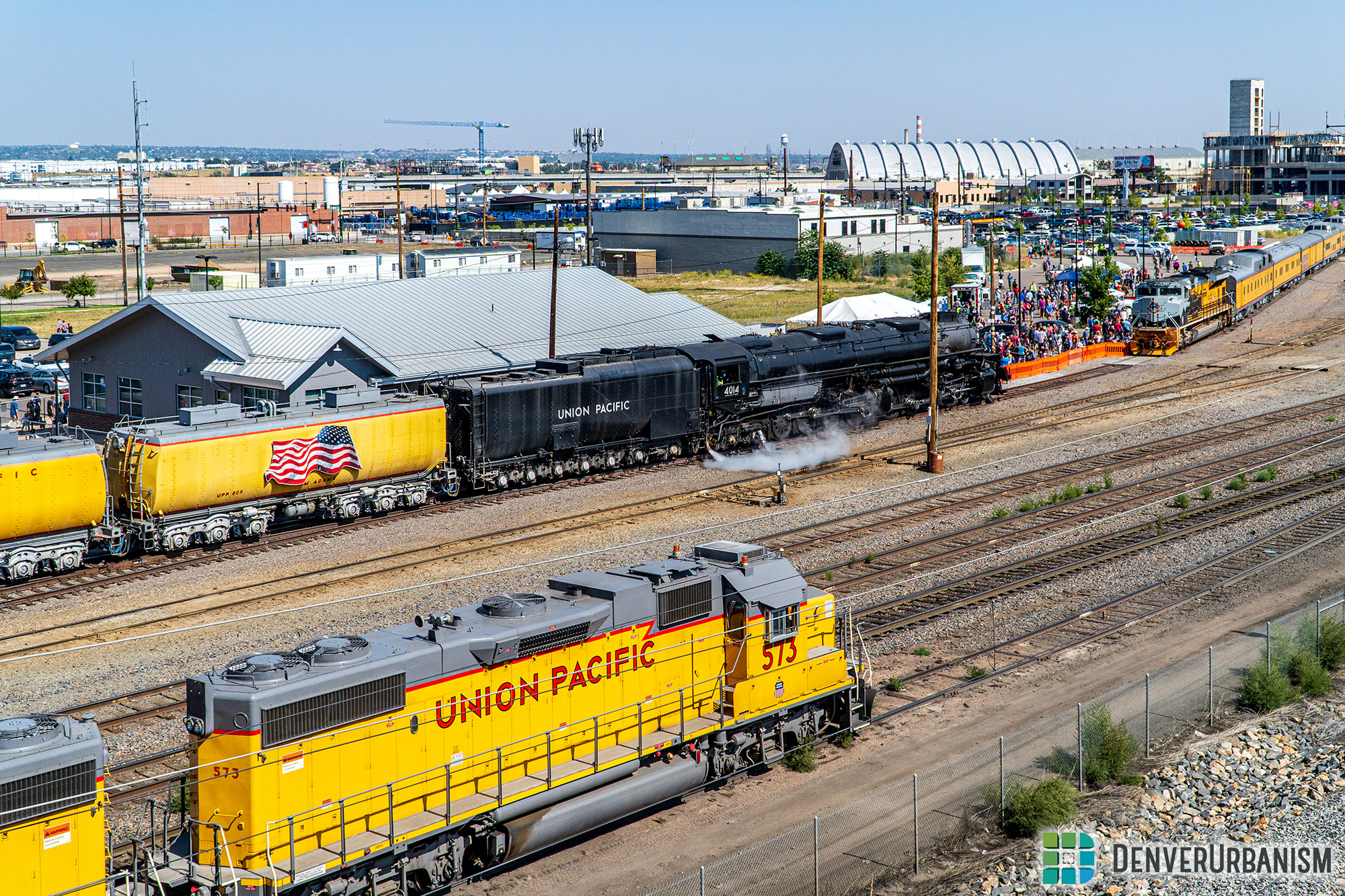 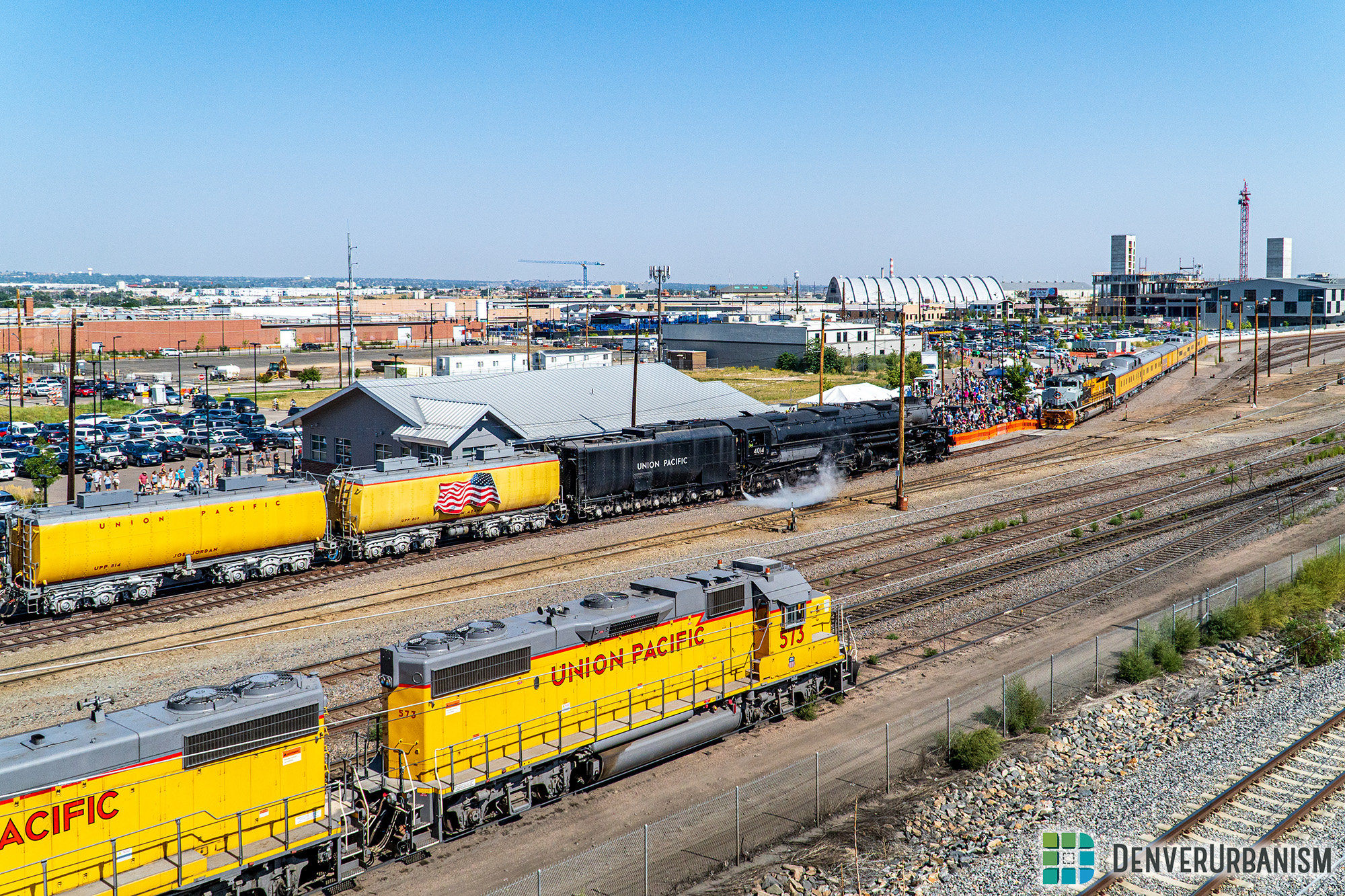 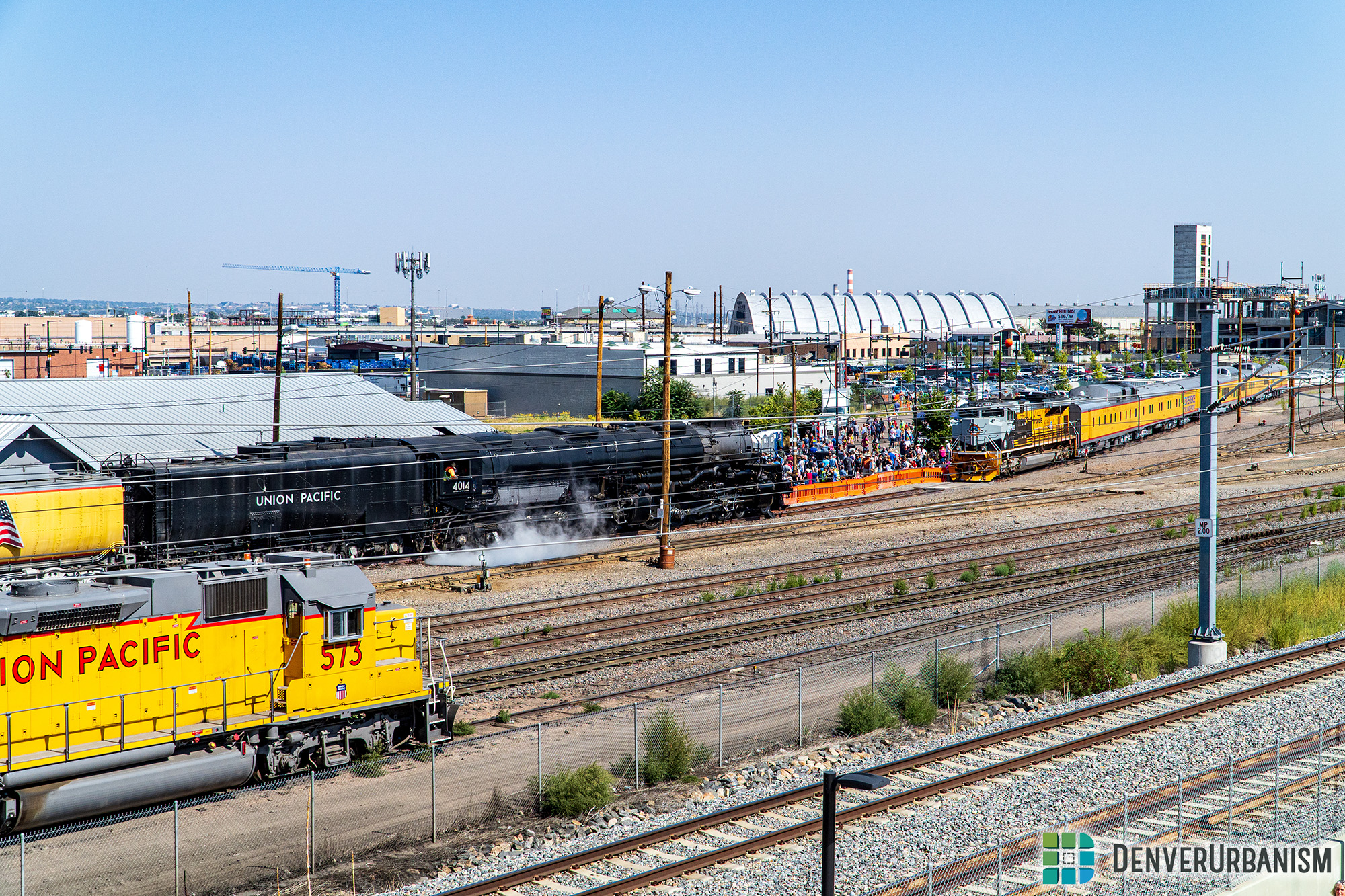 With such a rich railroad history, it’s great to see that Denver was one of the stops for us to appreciate this historic train!