Our march through the decades continues as we investigate the geographic and architectural attributes of Denver’s single-family homes. We’ve arrived at the 1930s.

For previous installments in this series, please use the links below: 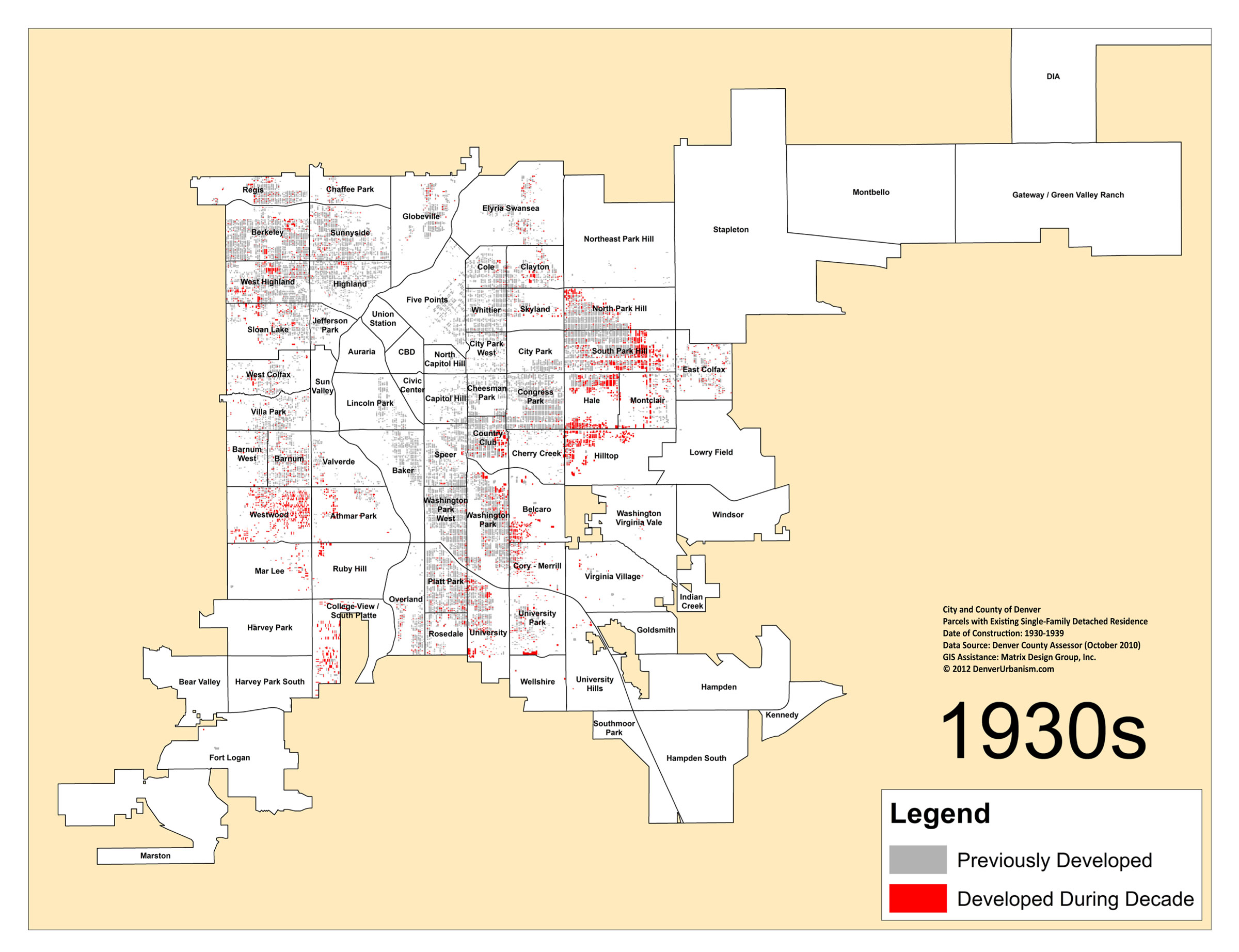 By this point in time, growth in Northwest Denver was clearly tapering off. Some development was still happening in West Highland, but most of the action was farther south in Westwood, where the great neighborhoods of Southwest Denver were starting to take shape. Along with Westwood, the Athmar Park, College View, Mar Lee, and Ruby Hill neighborhoods were getting started.

Interesting development patterns are also evident by the 1930s. Cherry Creek is still quite underdeveloped considering its proximity to Downtown and other developed neighborhoods nearby like Congress Park. Cherry Creek wasn’t a particularly attractive area due to a landfill near where the Cherry Creek shopping district is today. Also interesting was how the Hale neighborhood was filling in from different directions. On its northern edge, growth was spilling across Colfax from popular Park Hill, and on its southern edge, new homes were being built along 6th Avenue Parkway. The map above also shows how another City Beautiful era-inspired street, Monaco Street Parkway, was clearly influencing development patterns in Montclair.

Here are the 1930s parcels colored in red over a current Google Earth aerial: 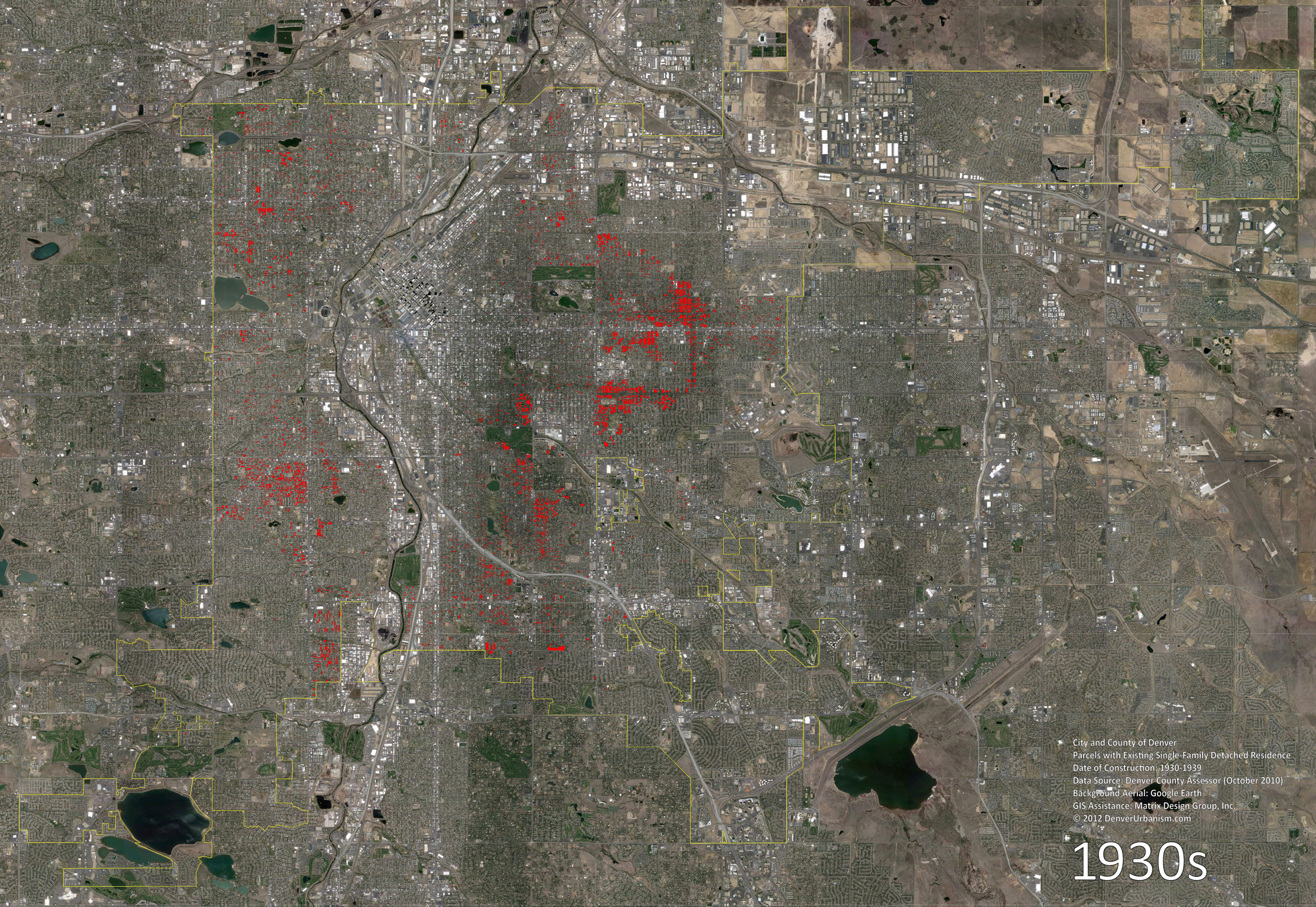 You know what’s next: Mark’s architecture photos and descriptions!

By the 1930s, small English Revival cottages had replaced the Bungalow as the most popular low- to mid-priced home in Denver. It’s interesting to note that with the economy in the depths of the Great Depression, some of Denver’s most noteworthy landmark residences were constructed during this decade, as materials were inexpensive and skilled laborers commanded only 50 cents an hour. 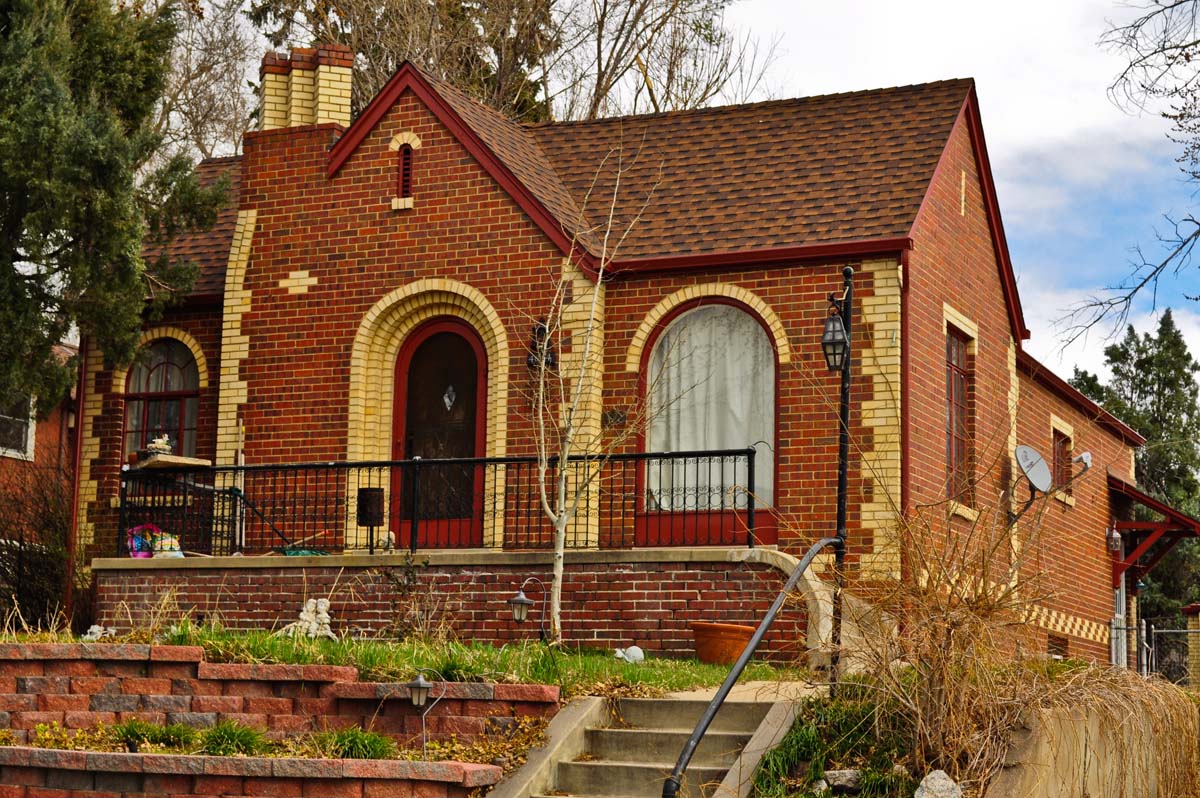 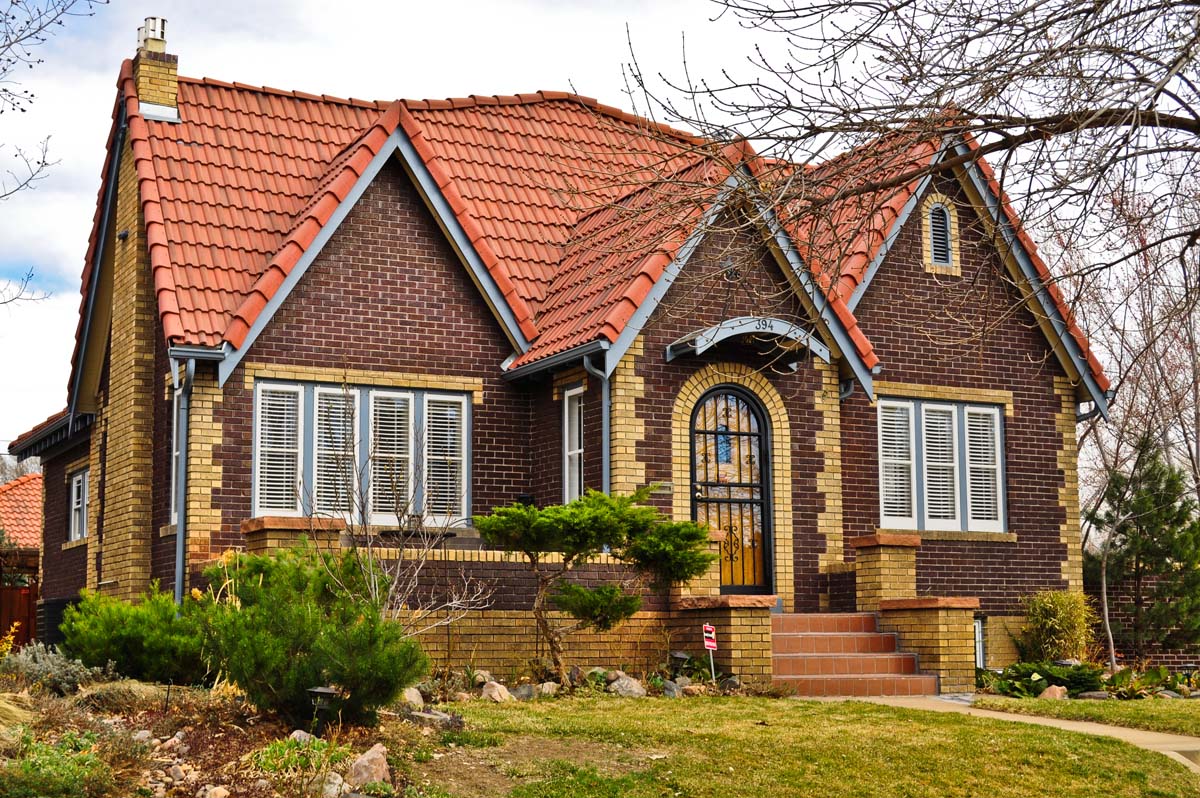 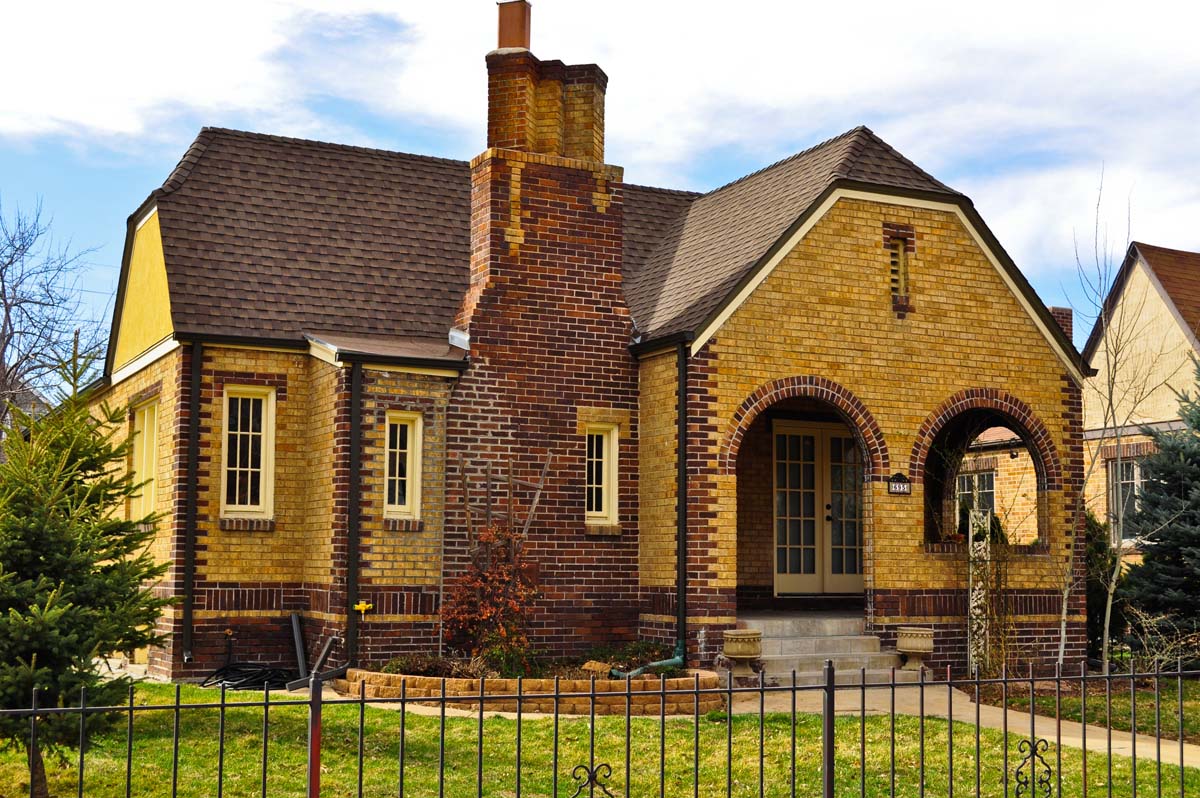 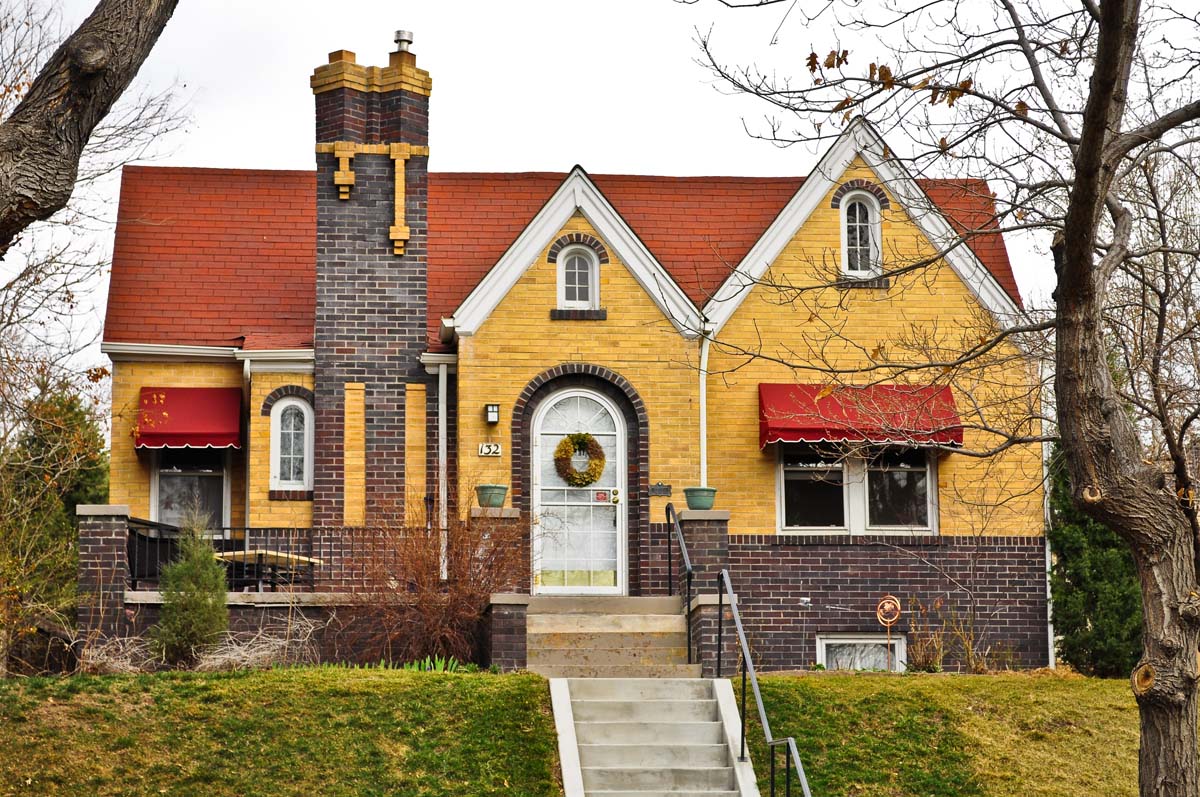 2. Colonial Revival. Here are two homes of this style, starting on the left with a moderately priced “low style” example (Hale), and on the right, a “high style” home (South Park Hill): 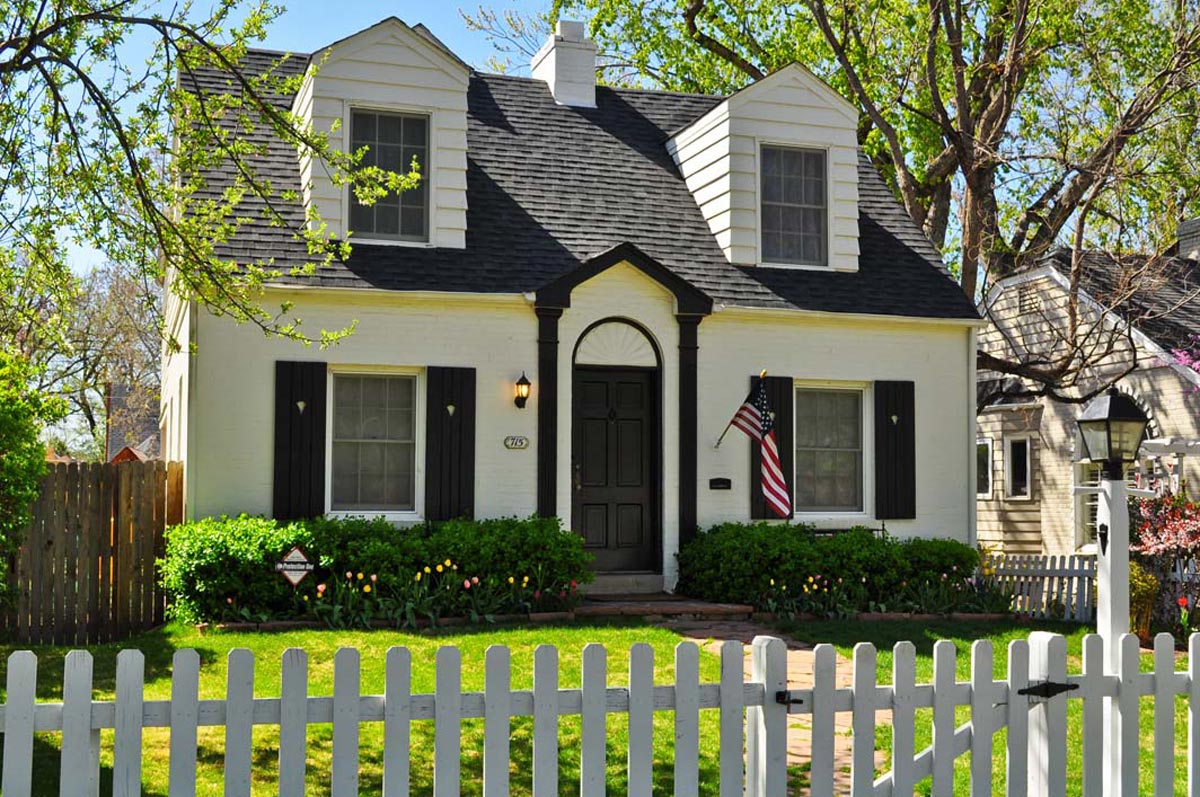 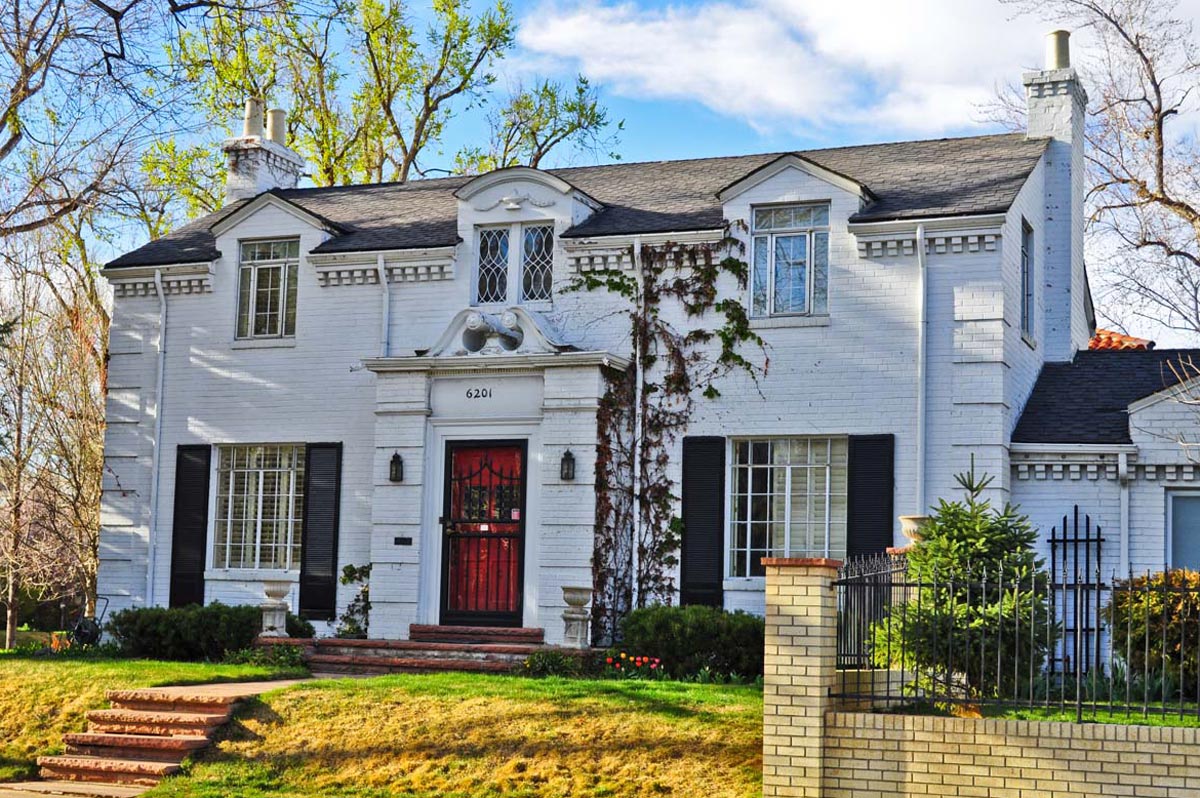 3. French Eclectic. Two French-inspired homes from the decade, both from Hilltop: 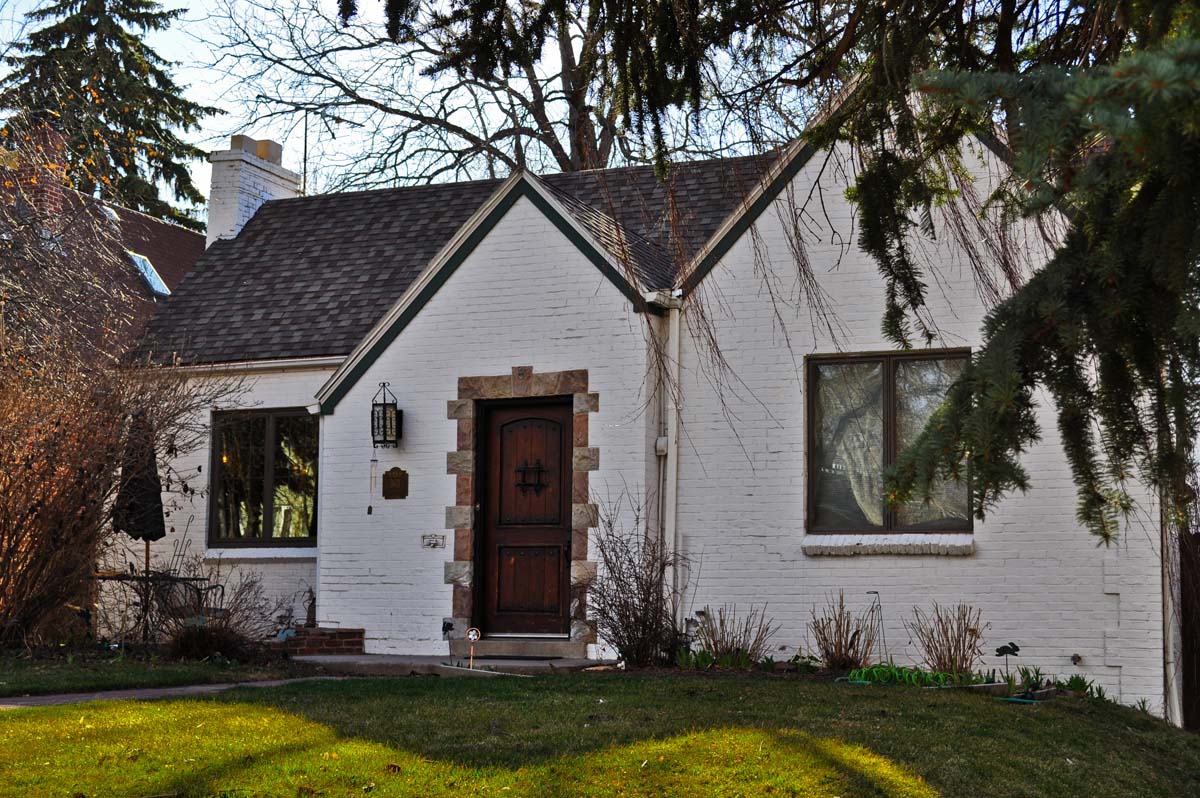 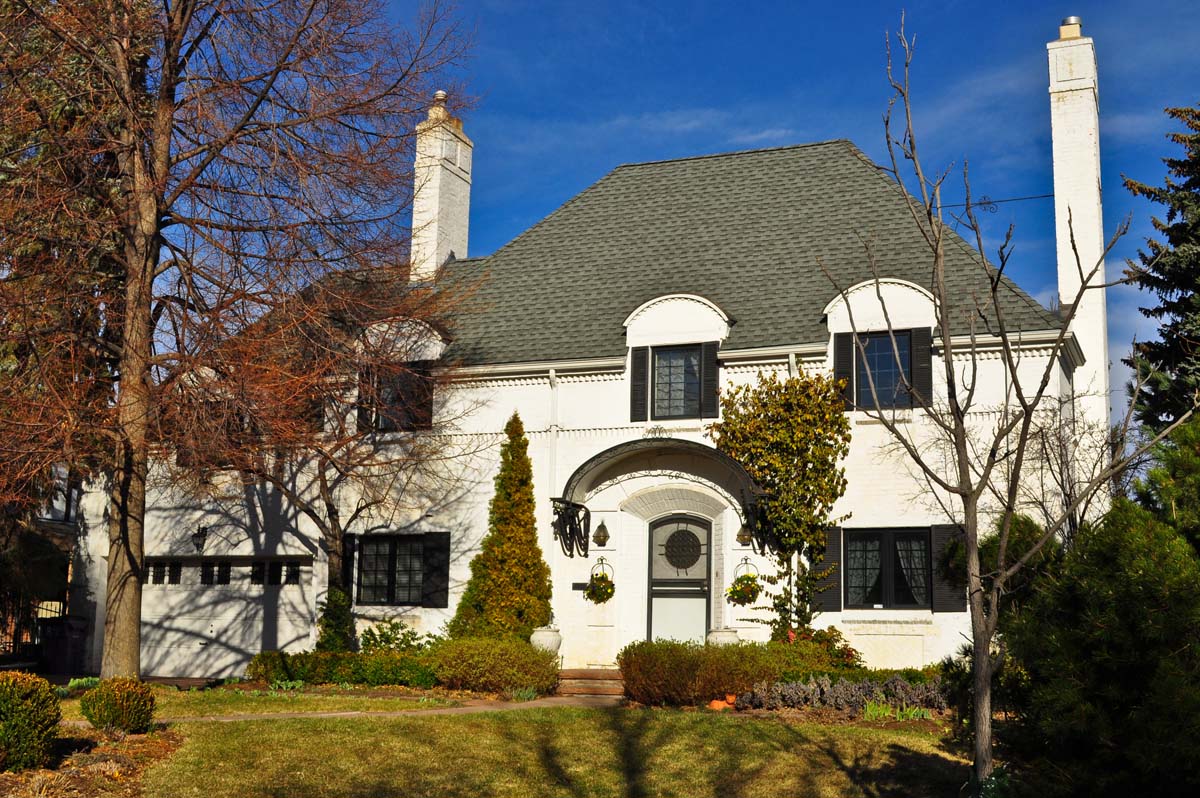 4. English Revival. A similar series of Tudor homes from the decade. West Highland on the left, South Park Hill on the right: 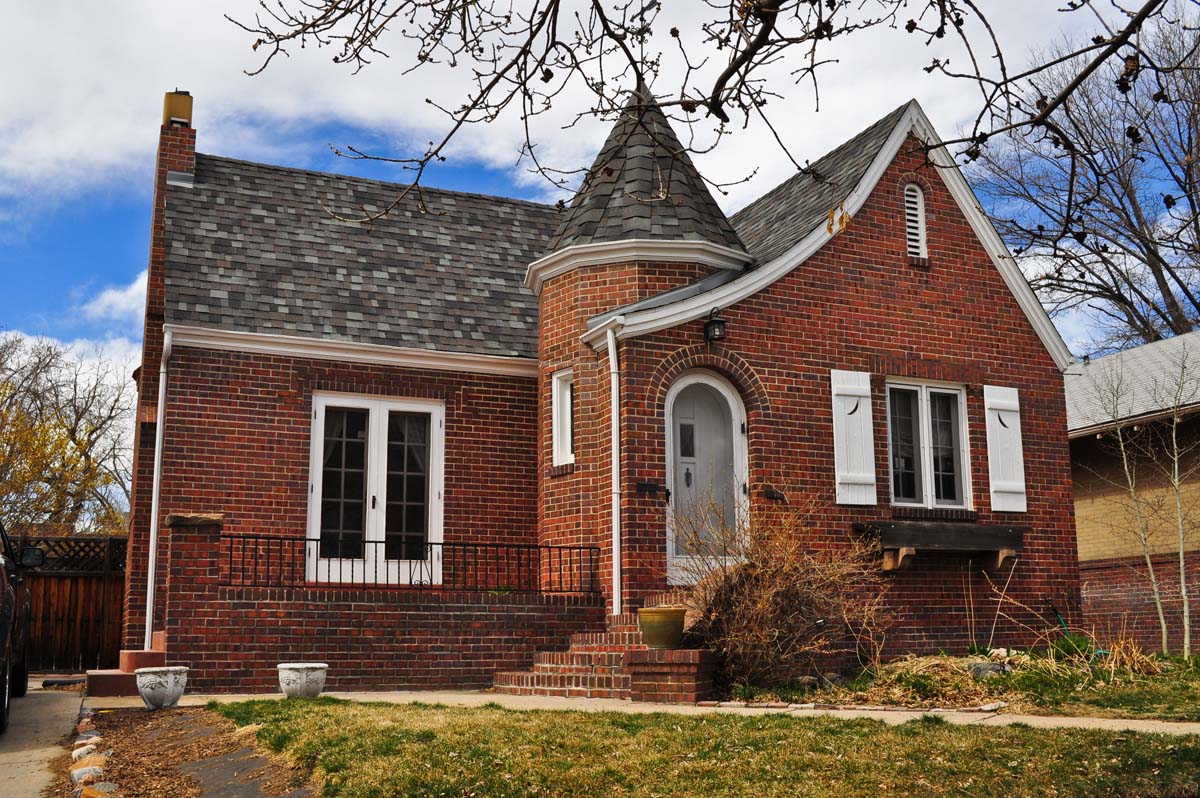 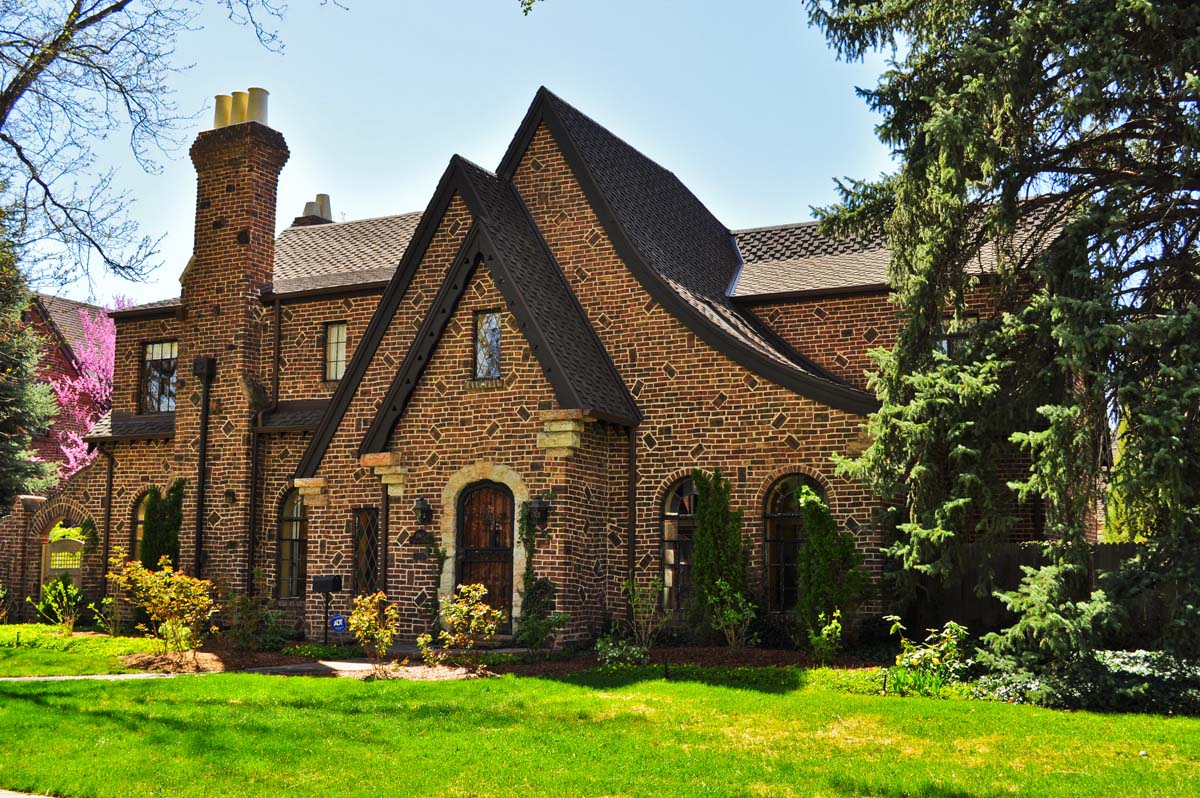 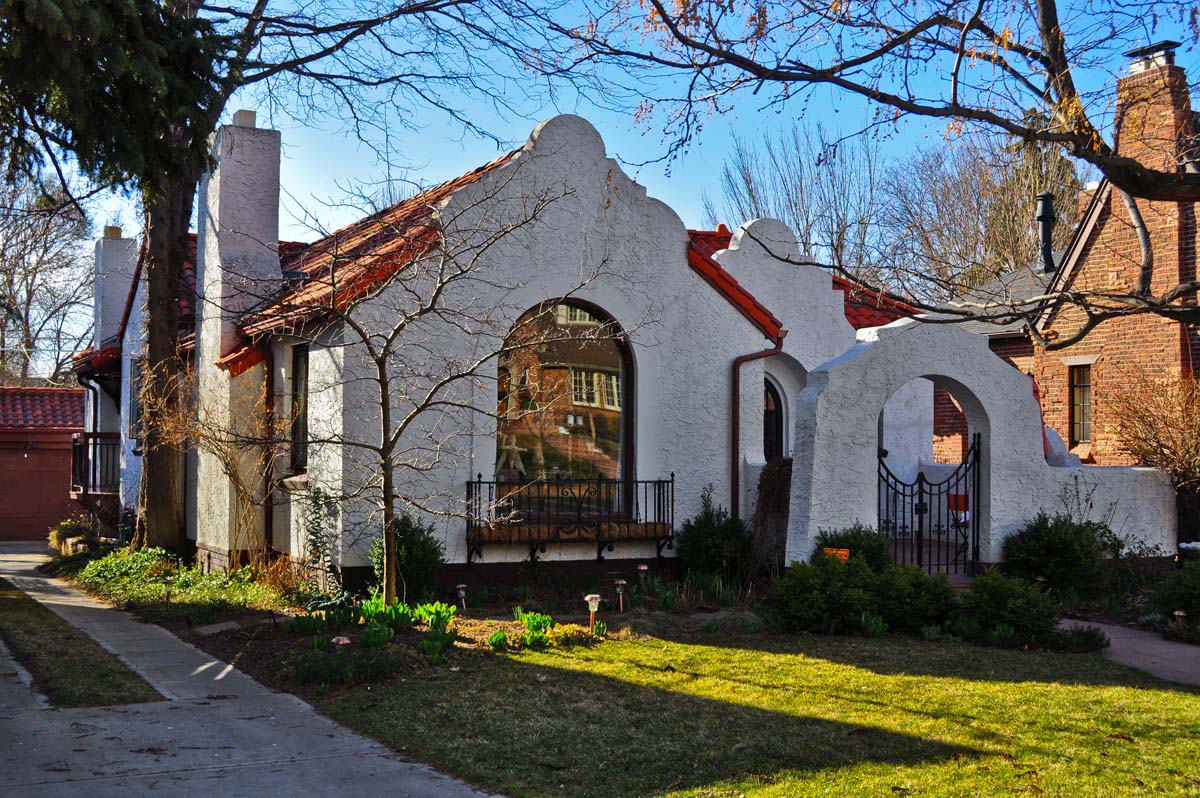 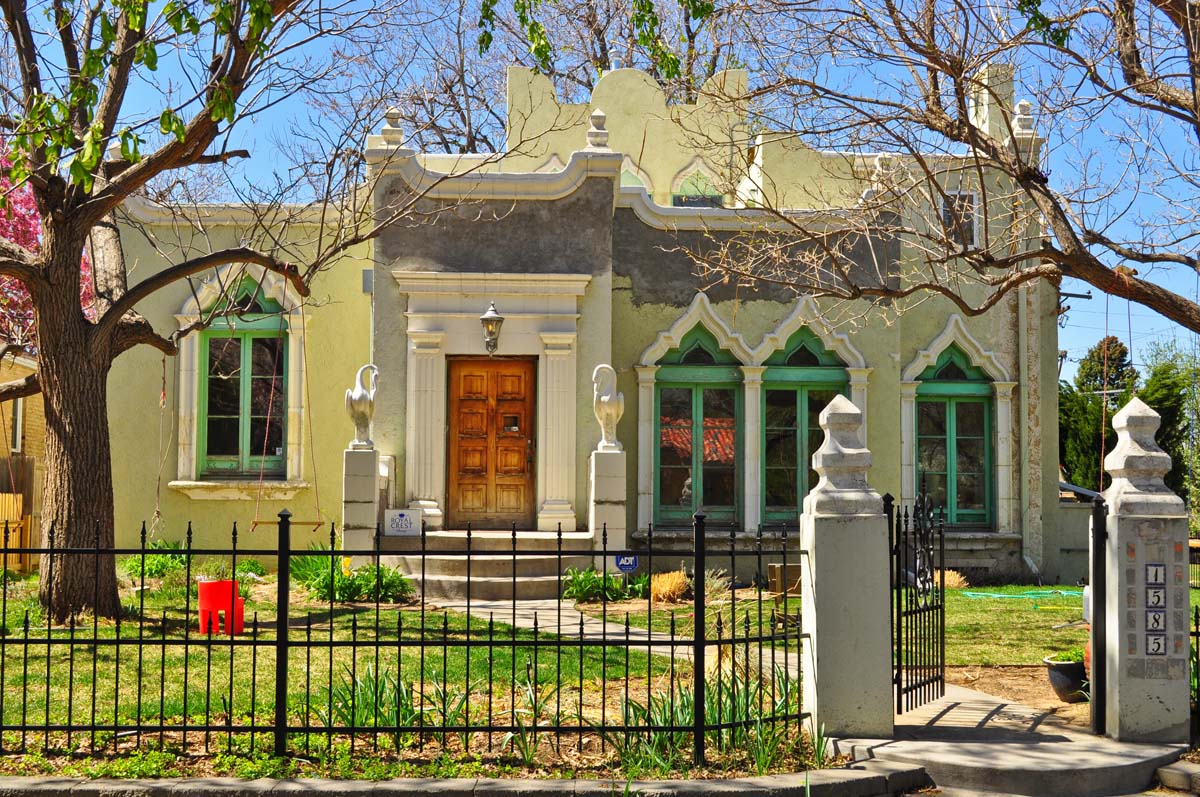 8. Spanish Eclectic. Cross-gabled with a round center tower and tile roof, this home has a low stucco porch wall which incorporates the arched openings and wrought iron gates typical of the Spanish Colonial Revival style (South Park Hill):

9. International. Here are a few examples of the International style from the 1930s. A flat roof without ledge at the roof line, windows that are set flush with the outer walls, and smooth continuous unornamented wall surfaces are typical. Common elaborations include cylindrical forms, multiple roof levels and ribbon windows. Top left is from Hilltop; the other three are from Belcaro. 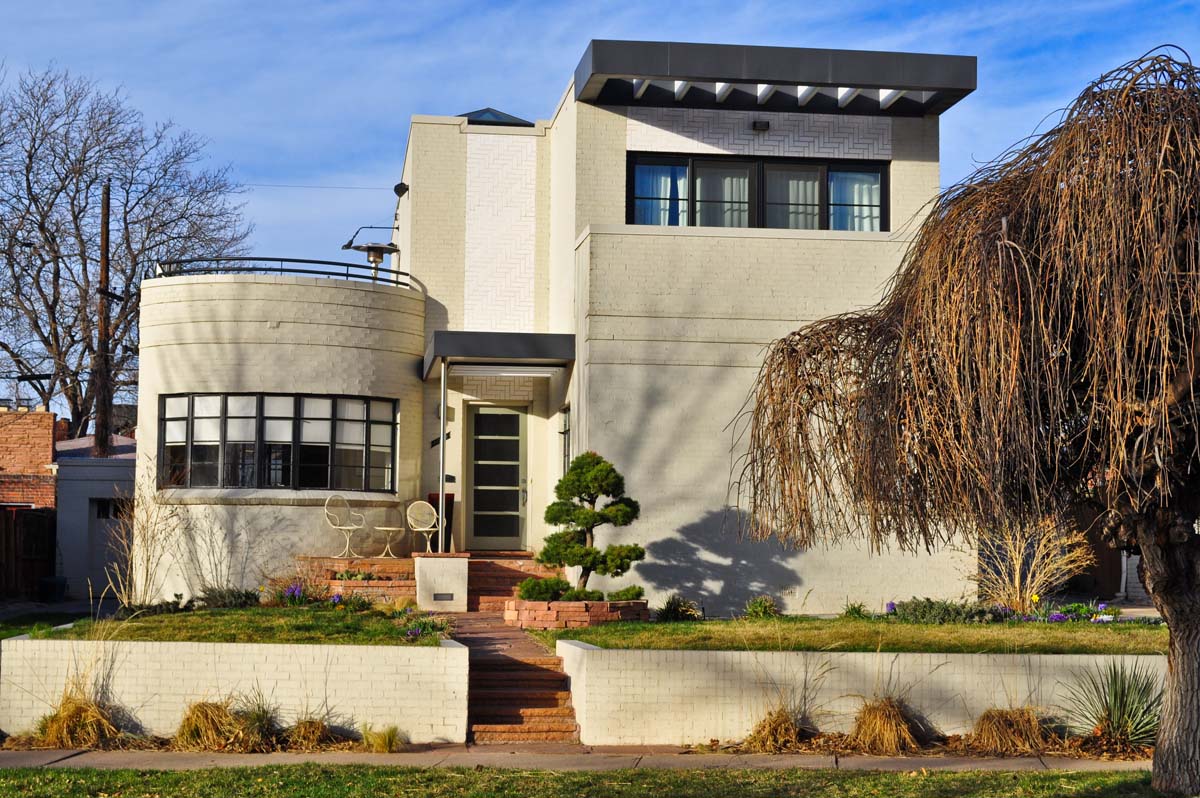 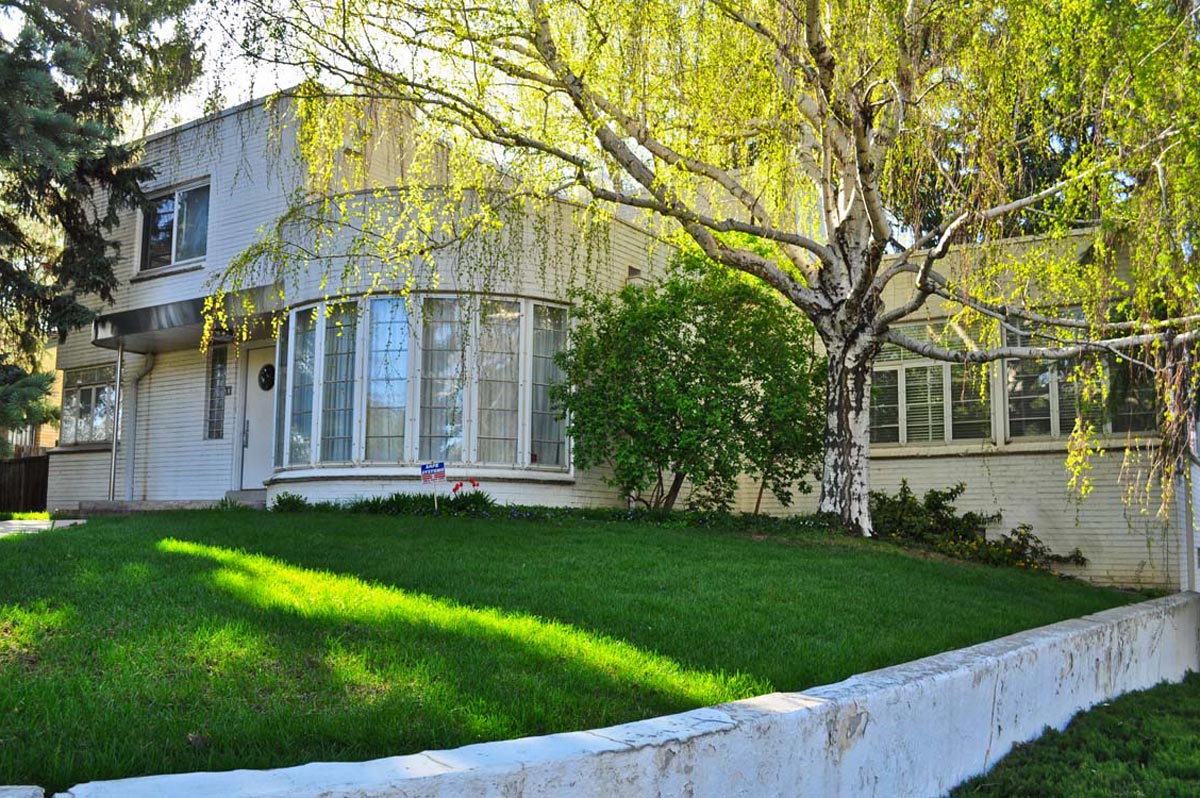 10. Art Moderne/Streamline Moderne. Two examples from this style (although the second is often identified as International depending upon the source). The style gives a horizontal emphasis through the use of horizontal grooves or lines in walls and horizontal balustrade elements. Curved corners, windows that turn a corner and glass-block windows or wall sections are typical. Streamlined industrial design for ships, airplanes, and automobiles after 1930 influenced the style as the smooth, curved , aerodynamic forms were used as source materials. The home on the left is from South Park Hill; on the right, Belcaro. 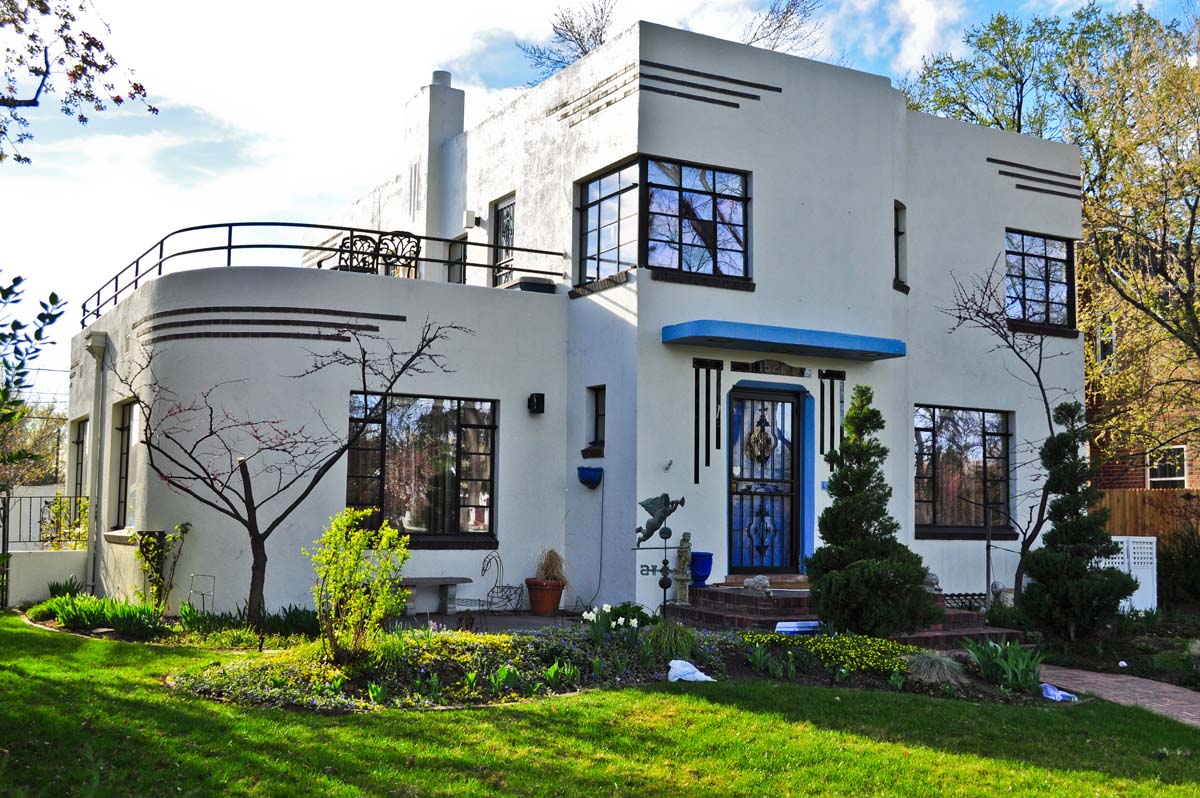 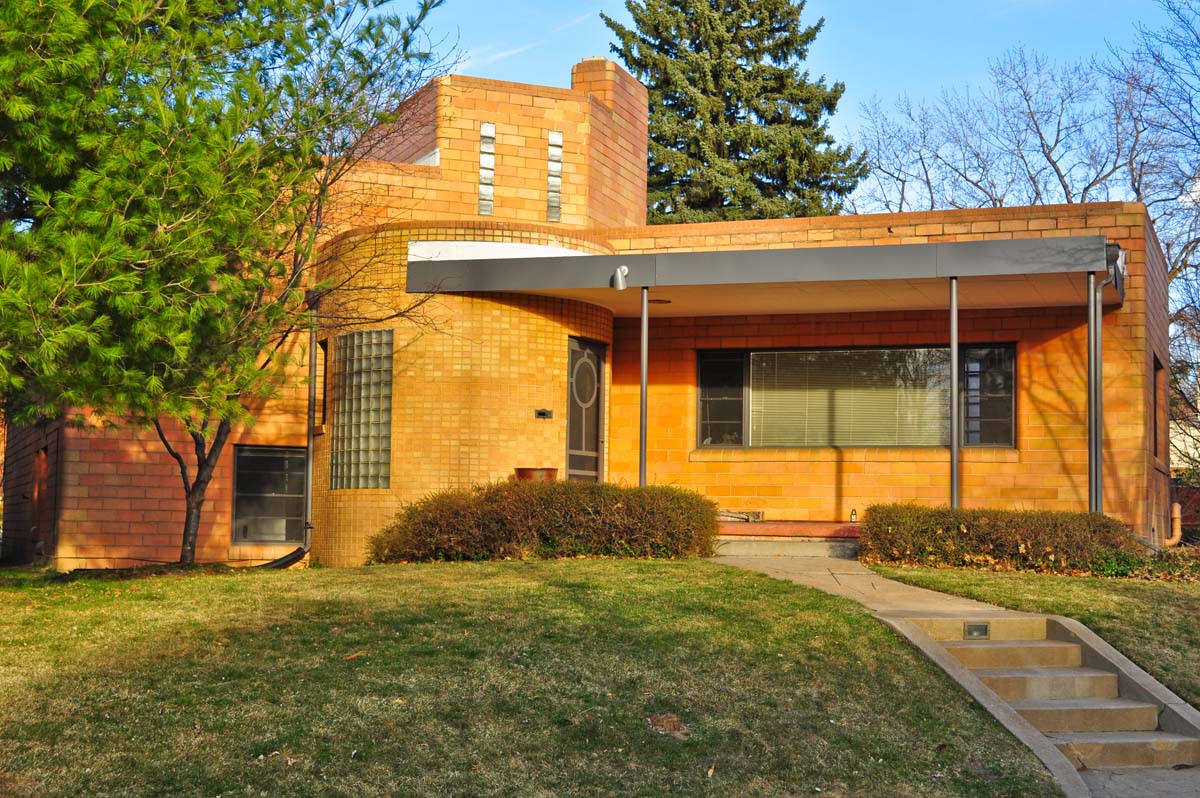