Once again, it’s time for our annual review of US Census Bureau population estimates for Colorado counties.

For the seventh time in the past eight years, Denver County has led the state in numeric population growth. The Census Bureau’s 2015 population estimates show that Denver County (the City and County of Denver) had a population of 682,545 on July 1, 2015, an increase of 18,582 since the July 2014 estimate. Denver’s 2010 Census population count was 600,158. 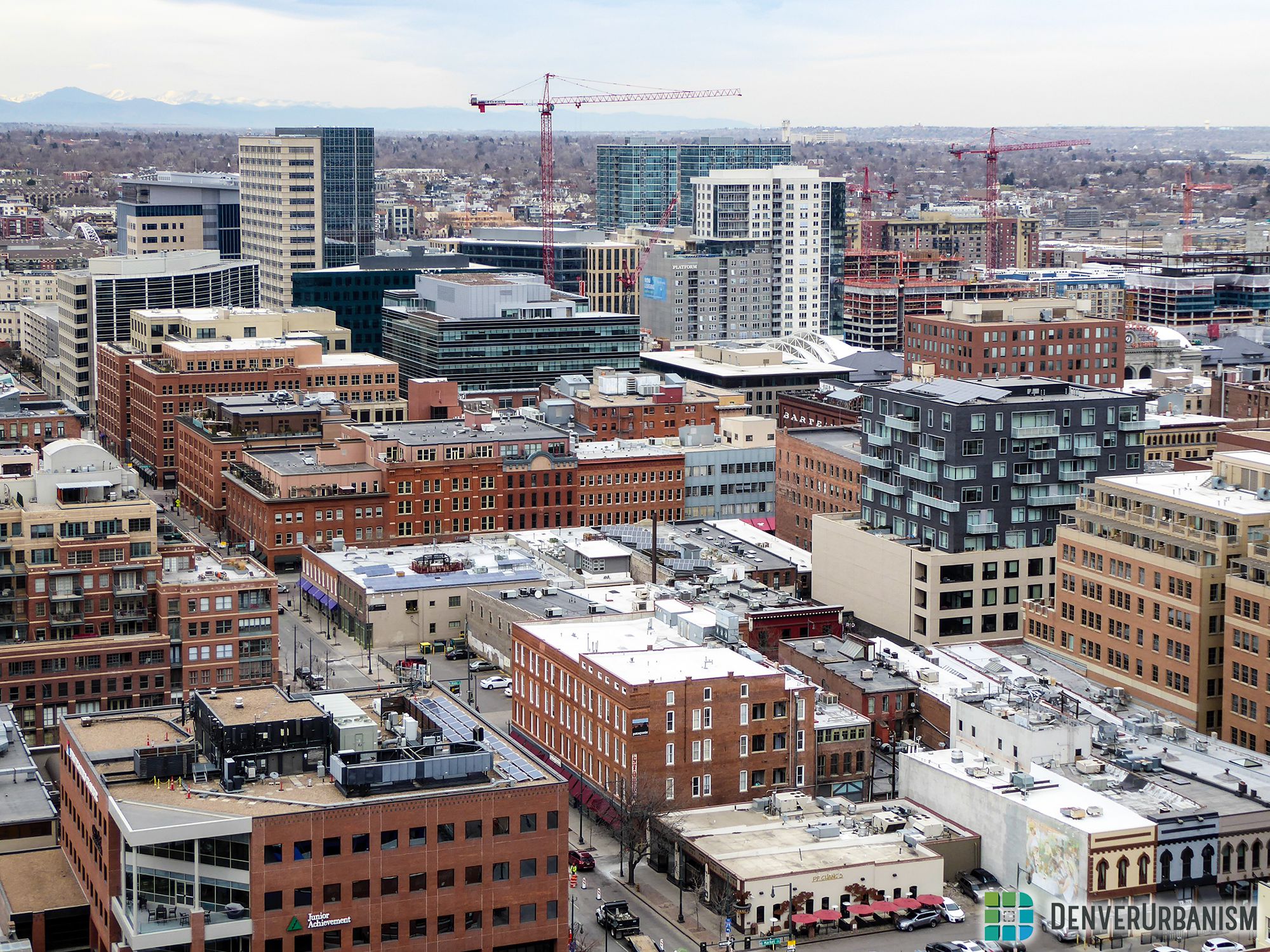 Here are two tables I’ve prepared showing the “Vintage 2015” postcensal estimates for the Top 10 Colorado counties in both numeric and percentage population gain between 2014 and 2015:

Not only did Denver lead the state in numeric population gain from 2014-2015, but its one-year increase of 18,582 is higher than the previous three years, which averaged around 15,000 each. This indicates that Denver’s growth actually accelerated in 2014-2015 compared to the previous three years. With last year’s estimate, Denver regained the title of most populous county in the state from El Paso County. This year, Denver widened its lead over El Paso to a little over 8,000. Of course, in time, El Paso will permanently pass Denver as the most populous county given that El Paso has over 13 times the land area of Denver County. From a percent change perspective, Broomfield County grew the fastest from 2014-2015 with just over 5% growth.

Next, let’s look at the Top 10 Colorado counties in both numeric and percentage population gain between the 2010 Census and the new July 2015 estimates—the first half of the decade:

Denver has gained 82,387 people since the 2010 Census. Is it any wonder that we are going through a development boom? That’s a 13.73% increase in the city’s population since 2010—good enough for second place in the state (after Broomfield’s 16.42%)—which is pretty remarkable considering Denver’s high base population from which the percent change is calculated. Denver remains on pace to be in the vicinity of 750,000 for the 2020 Census, but a lot can change between now and then to slow that pace down.

As I did last year, let’s focus on the just the seven-county Denver/Boulder metro area (Adams, Arapahoe, Boulder, Broomfield, Denver, Douglas, and Jefferson counties). The first set of tables show the population counts and estimates from 2010 through 2015 for these seven metro counties, followed by a column-percentage table showing each county’s percent of the metro area total population for each of the six time periods:

The far right column in the percentage table shows each county’s variance (in absolute percentage points) of share of metro population between 2010 and 2015. Denver began the decade with a 21.56% share of the metro area population, and that has increased to 22.18% by 2015—a slight increase, but a continuation of the trend over the past few years that is counter to the historic trend since the 1930s of Denver losing ground to its suburban neighbors. On the other end, Jefferson County has seen a 0.82% percentage point decline in its metro-area share since 2010. 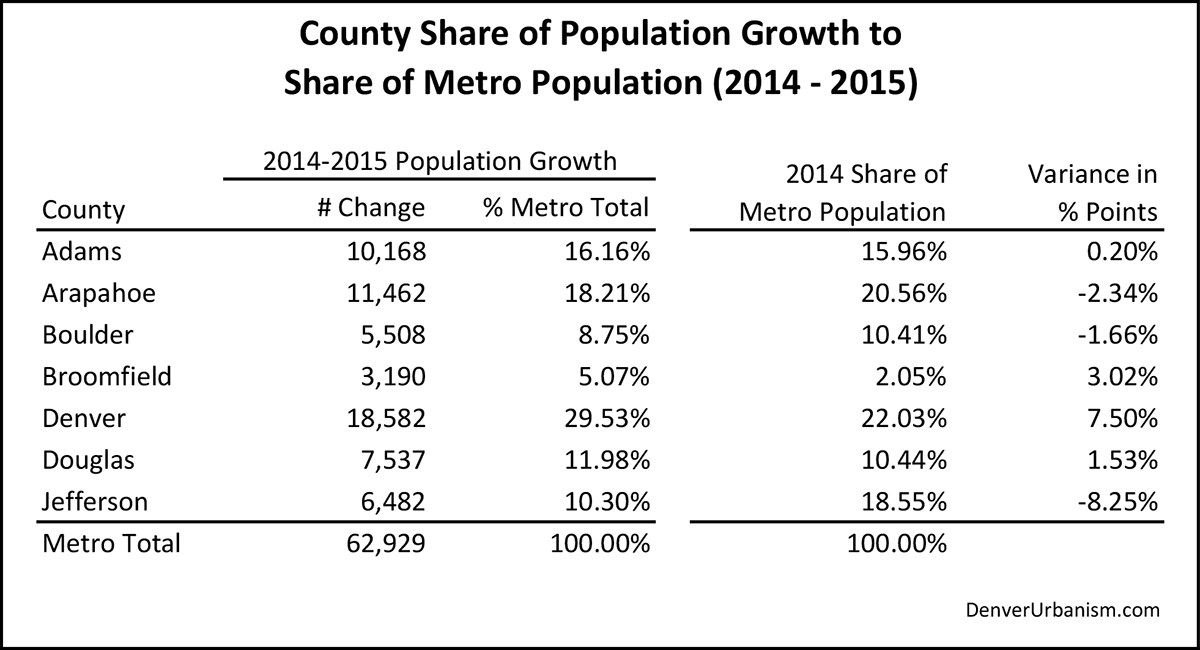 The two columns on the left show the numeric population changes for the seven counties between 2014 and 2015 and the percent each county captured of the metro total increase of 62,929. The next column to the right shows each county’s overall share of the metro population at the beginning of this time period (July 2014). The rightmost column compares these two percentages by calculating the absolute variance in percentage points. Denver’s 29.53% share of 2014-2015 metro growth is 7.50 percentage points higher than its proportional share of the metro population, indicating that Denver substantially over-captured in population growth from 2014-2015 compared to its metro neighbors. Broomfield and Douglas counties also grew more than their relative shares by a few percentage points. Adams captured just about its exact proportional share, while Boulder, Arapahoe, and Jefferson counties significantly under-captured their proportional share of metro area growth.

With strong population increases and continued good news about job growth and the local economy, we will likely see the pace of infill development in Denver’s urban core remain steady in the near-term.