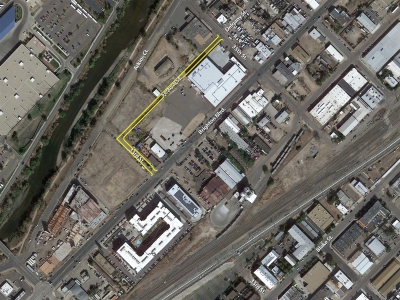 (Note: Currently, the proposed street is referred to on all the city documents I’ve seen as just “Festival Street.” I doubt that will be the street’s final name as it would be inconsistent with the city’s street-naming convention. So for now, I’m calling it “Delgany Festival Street” until an official name is finalized.)

Why isn’t there a 33rd Street on either side of Brighton Boulevard? What happened to Delgany southwest of 35th Street? While we’re at it, where is 34th Street? It all goes back to subdivision plats and right-of-way vacations and other fun planning things. Time for a little history…

In addition to the Ironton and St. Vincent subdivisions, the other subdivision that contributed a small part to the RiNo urban fabric was Case and Ebert’s Addition of 1868—Denver’s first subdivision outside of downtown. A small part of Case and Ebert’s extended north of the railroad tracks, but the only streets platted in this area were Wynkoop and short sections of Wazee, 29th, 30th, and 31st. Not included were 32nd, 33rd, or 34th streets, as large iron mills and foundries occupied the space where these streets would have gone. 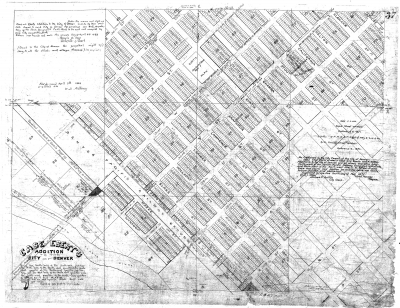 By 1871, the expansion of the Denver Pacific Railway grounds caused all of these streets except for 31st Street to be vacated, as the city engineering quarter-section map below shows. 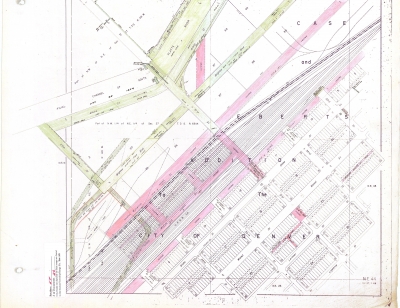 As part of the Ironton 1st Addition, a short segment of 34th Street was platted between Delgany and Chestnut, but south of Delgany, 34th was never laid out due to a large wedge-shaped exclusion in the subdivision’s southwestern boundary. The subdivision map below also shows that Delgany between 34th and 35th—the northeastern part of the new Delgany Festival Street—was platted, but Delgany never existed southwest of 34th. 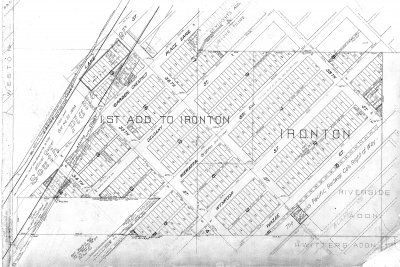 In 1953, these two short street segments where RiNo Park and the Delgany Festival Street will be built were vacated by the city: 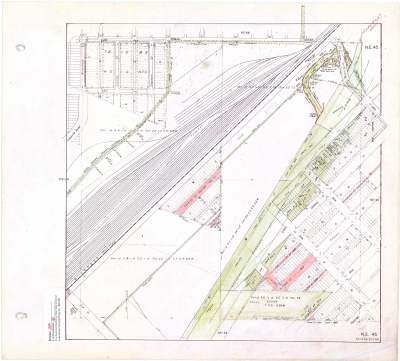 OK, let’s get back to the future!

According to Public Works documents, the new 33rd Street will have one 11.5-foot wide lane in each direction with 5-foot-wide sidewalks, special 6-foot-wide storm water planting beds for landscaping and water quality, and an 8-foot-wide parking lane on the northeast side. Delgany Festival Street will be narrower, with one 10-foot lane in each direction and shallow mountable curbs that blur the distinction between the street and sidewalk, for a total right-of-way width of 29 feet. The corner of 33rd and Delgany Festival Street will eventually tie in with Arkins Court and the proposed River North Promenade, the next project to be featured in our RiNo Infrastructure series.

The city’s plan is to pave the Delgany Festival Street in asphalt, but the neighborhood’s vision for the street as a public space demands a better paving material than asphalt, so the River North Art District is working on funding to upgrade the paving to concrete.

As the word “festival” implies, this is a street that will feel like an extension of River North Park and can be closed down for special events. On the south side of the proposed street is the new home of Great Divide Brewery where the design of their Phase 2 project (featuring a Beer Garden and Tap Room overlooking the proposed River North Park) will integrate with Delgany Festival Street to create a lively public space. 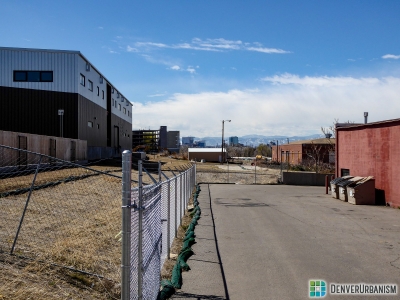 Along the north side of Delgany Festival Street southeast of River North Park, a proposed townhouse development is in the works. More about that project coming soon to DenverInfill.

Work on the new 33rd Street/Delgany Festival Street project should begin in the fall 2016.