Let’s continue our look at the new infrastructure supporting the transformation of Denver’s River North area from a gritty industrial zone to a thriving mixed-use urban district. So far we’ve looked at RTD’s 38th & Blake Station followed by Part 1: 35th Street Pedestrian Bridge, Part 2: 38th Street Pedestrian Bridge, and Part 3: Brighton Boulevard Reconstruction. Today in Part 4, we’ll focus on River North Park. To get a better understanding for the vision of the proposed River North Park, I met with Jamie Licko, Executive Director of the River North Art District. Thank you Jamie for the information and insight!

Below is a Google Earth aerial with the future River North Park site outlined: 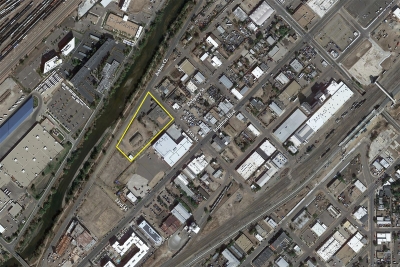 The southwestern two-thirds of the site was owned by Interstate Shippers, a trucking company, until 2011 when the city acquired the land for the future park. The northeastern one-third has been owned by the city since the 1990s and used as a Denver Police Department Vehicle Service Building.

Below are a bunch of existing conditions photos I took a couple of weekends ago. 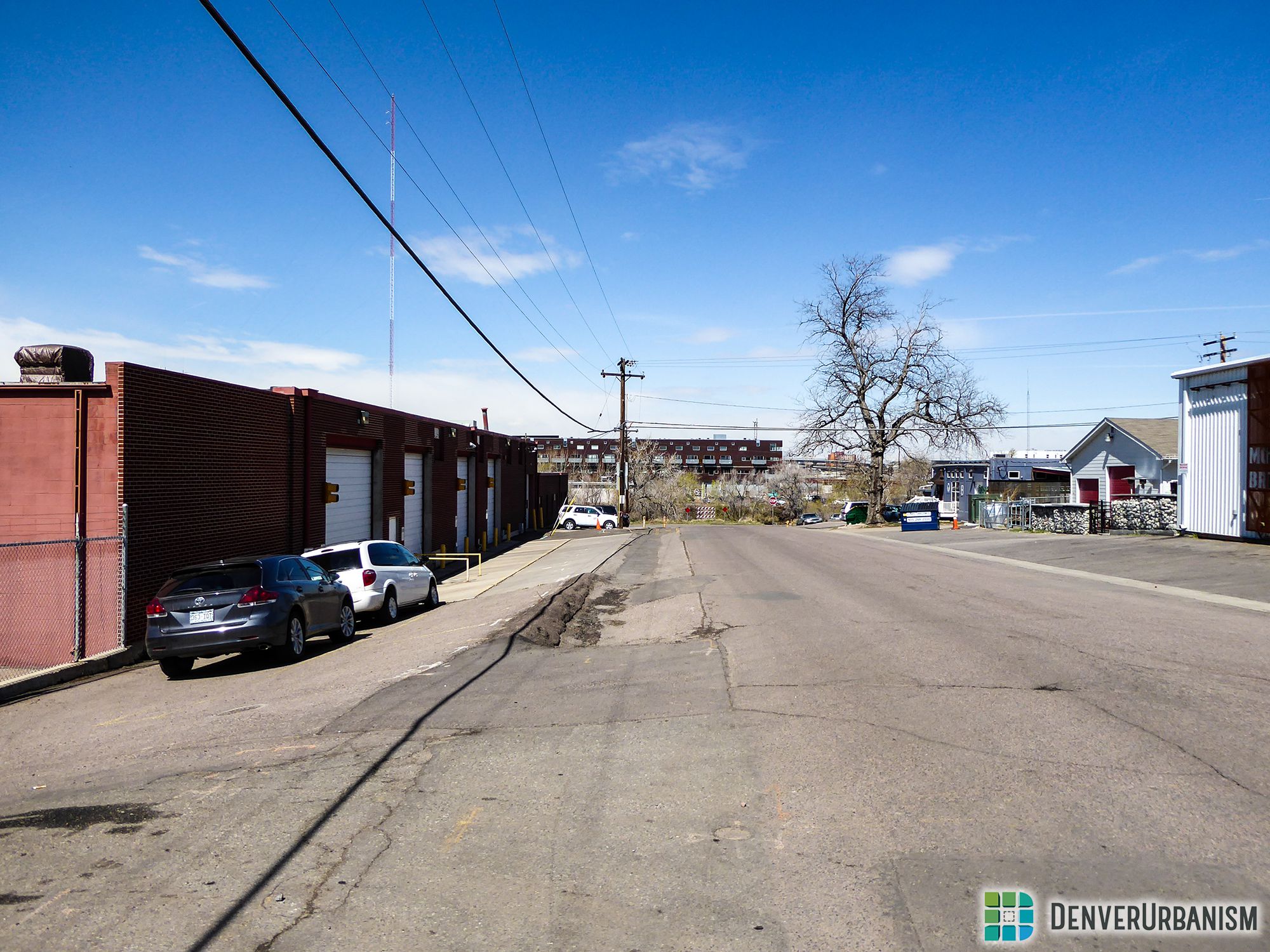 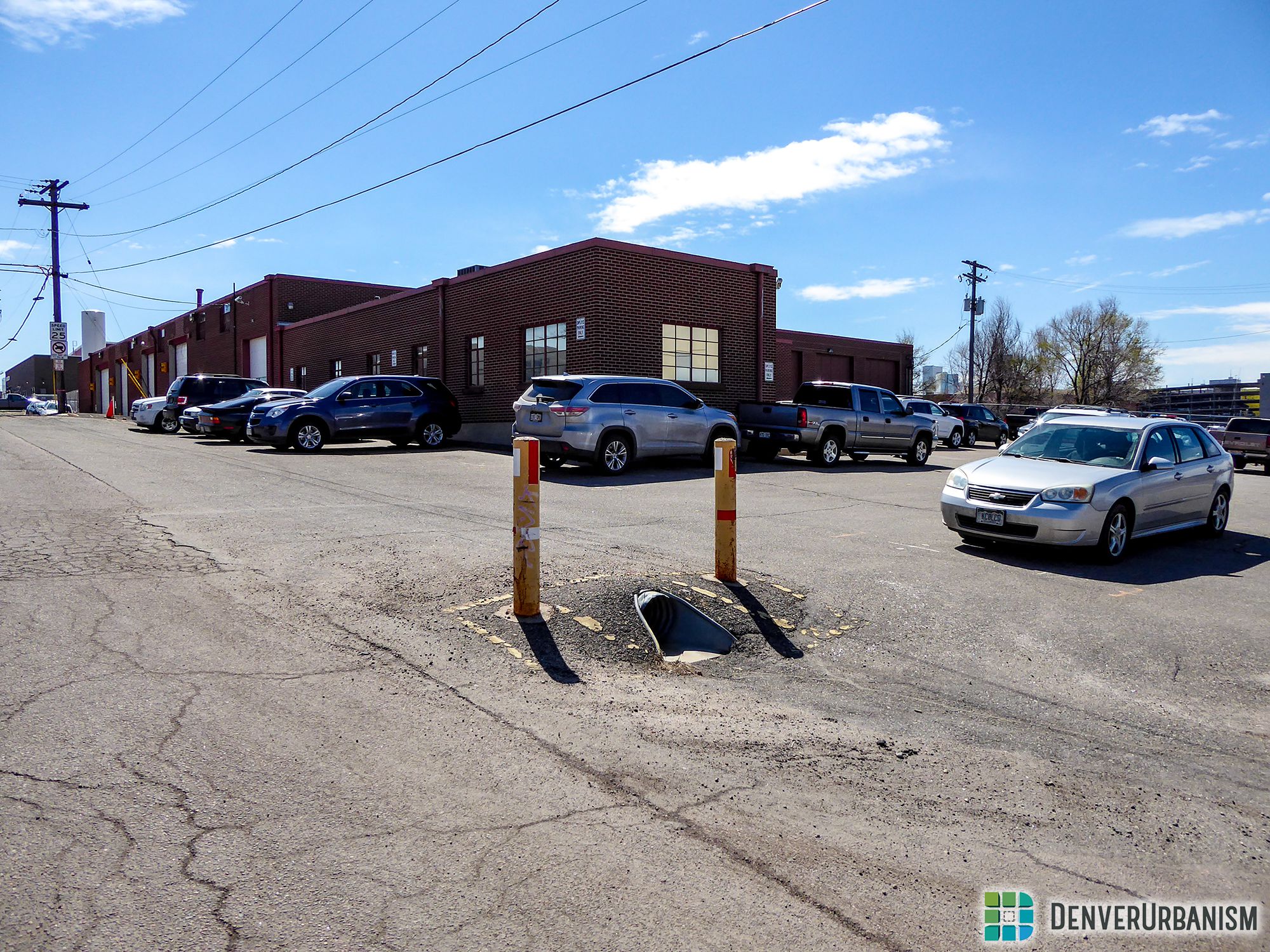 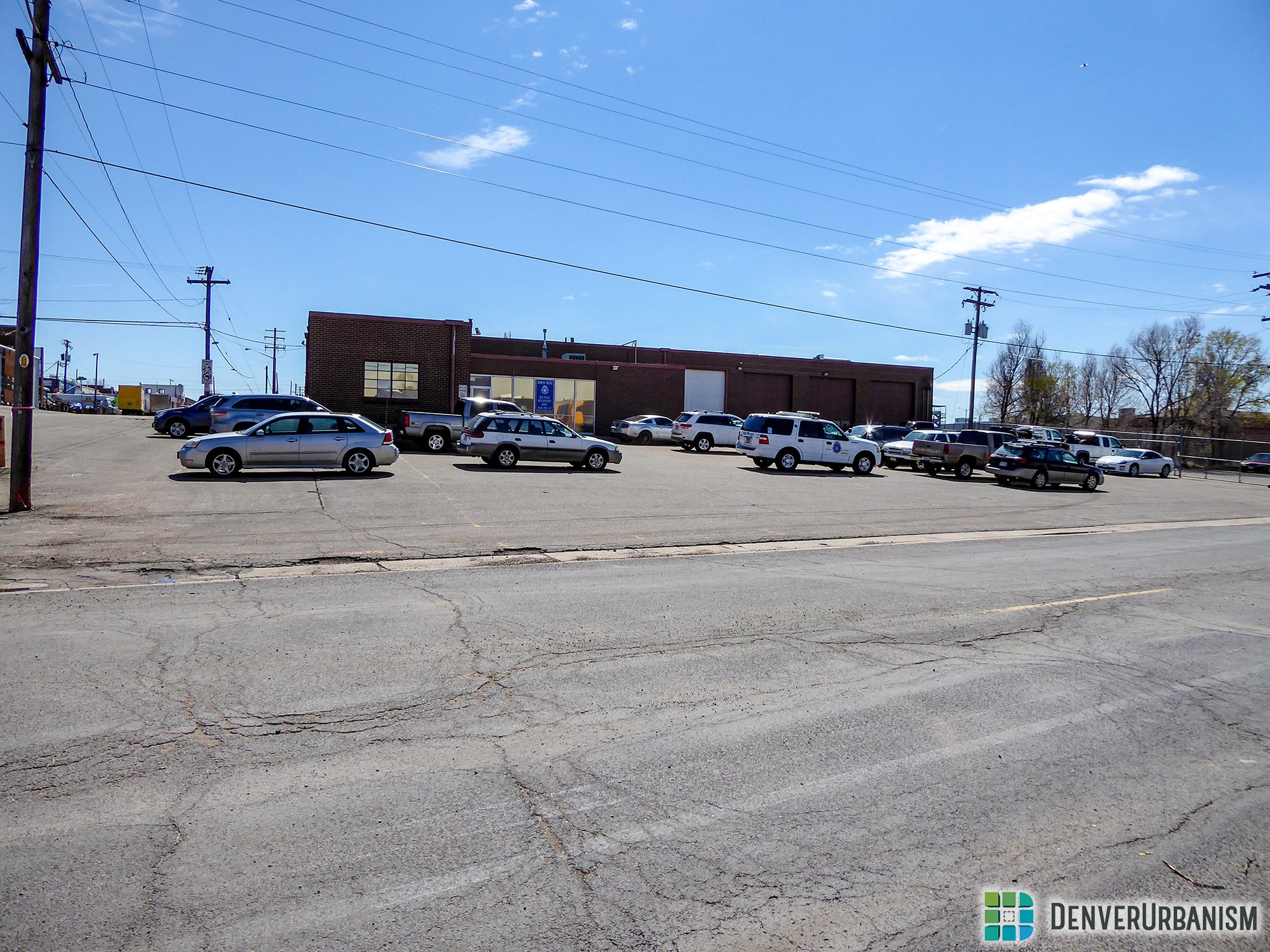 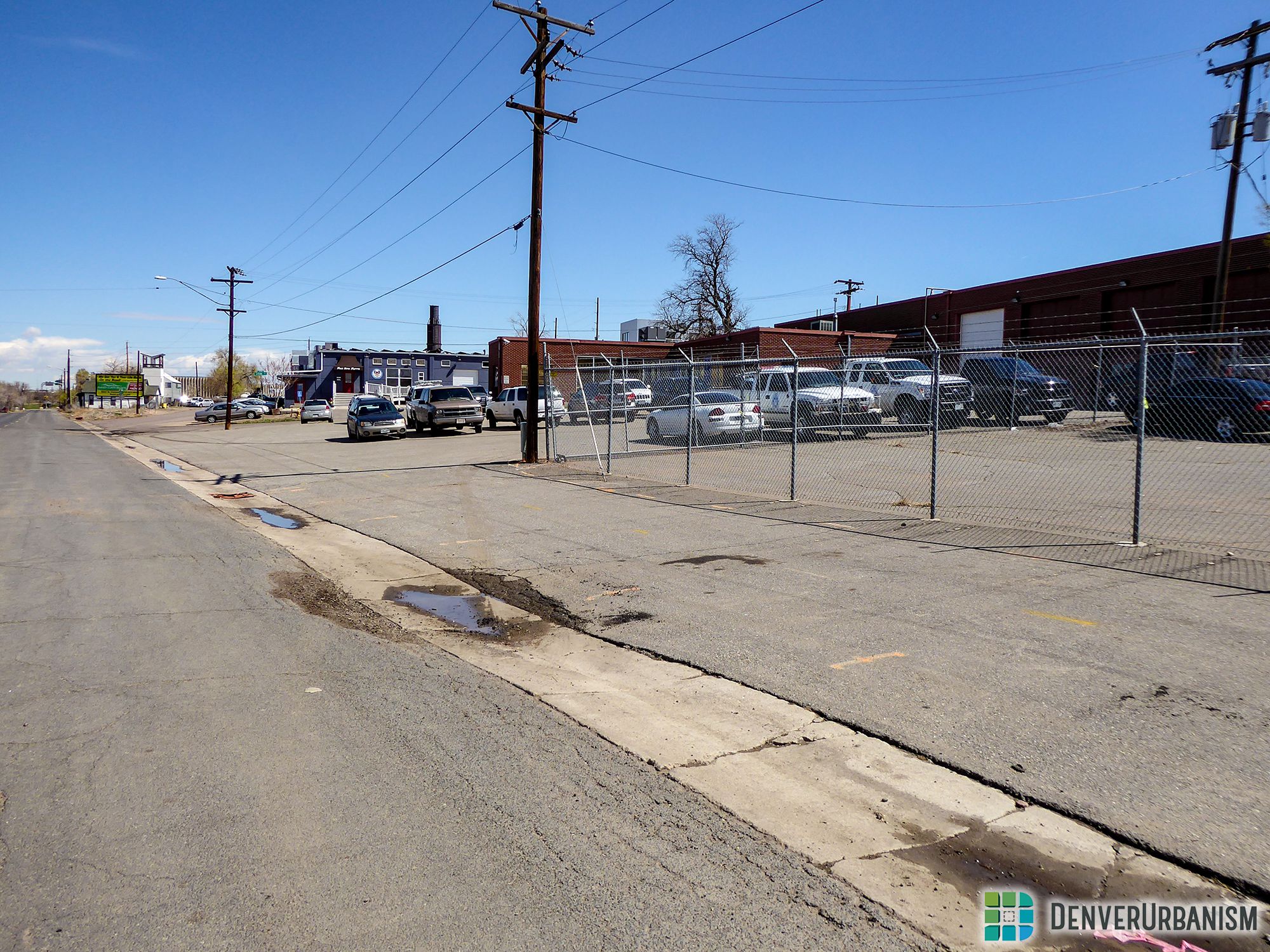 Left: View from approximately the same location as the photo on the right above but looking more north at the river and the TAXI development on the west bank. Right: The former Interstate Shippers Building as viewed from Arkins Court, with the Police Service Building beyond. 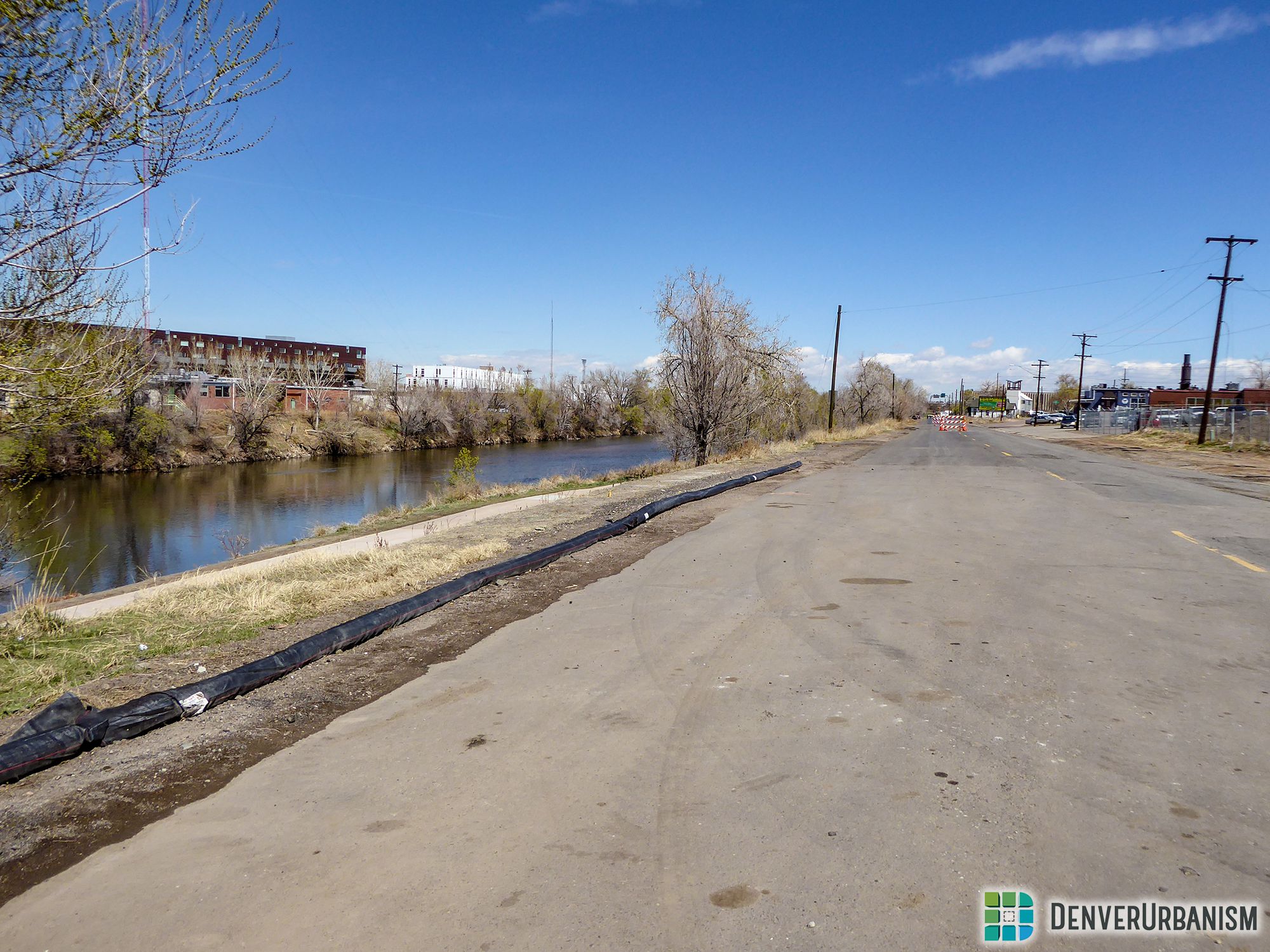 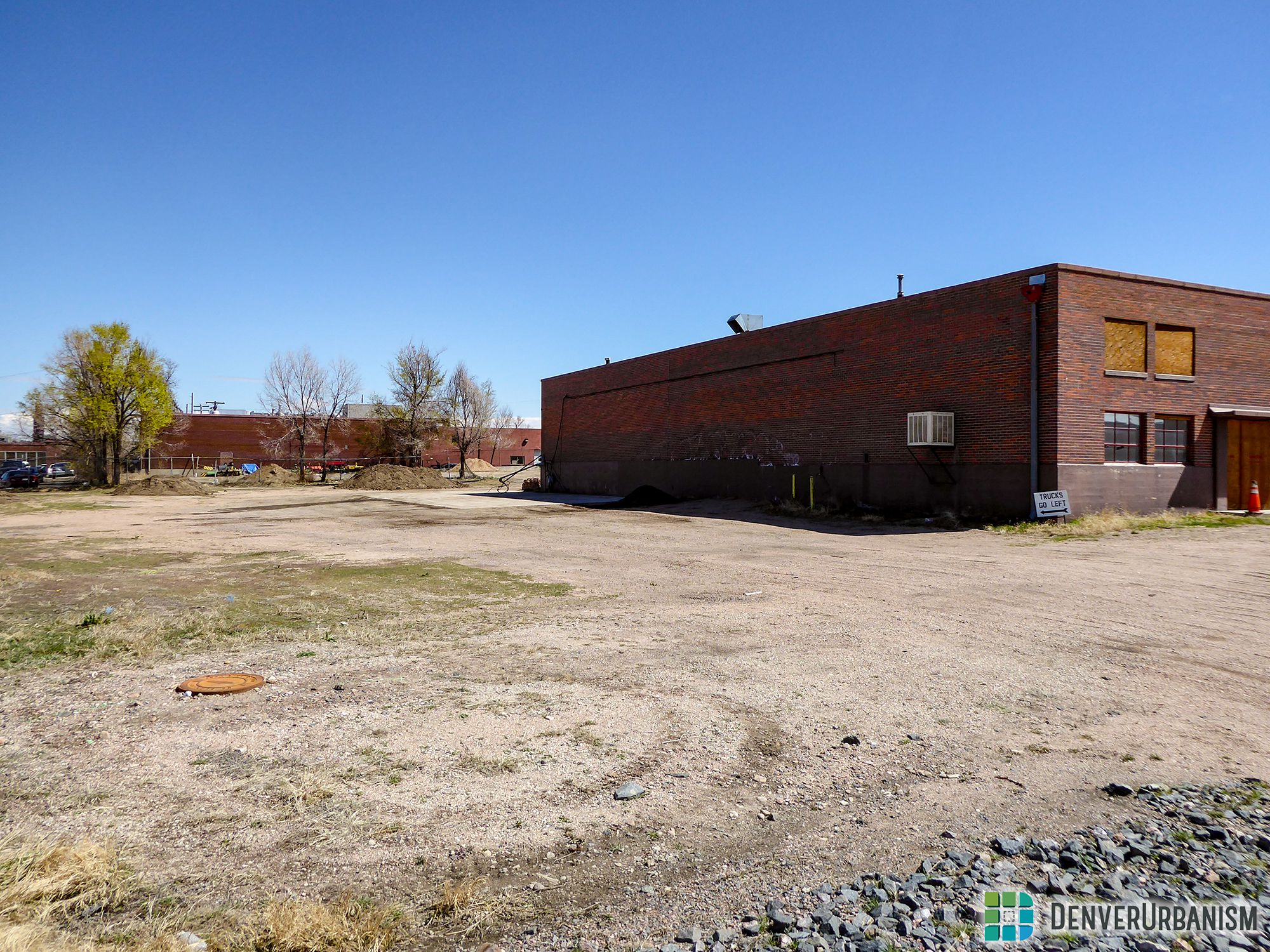 Left: Looking southwest at the gap (vacated Delgany Street) between the new Great Divide Brewery Phase 1 building and the Police Service Building where the proposed Delgany Festival Street will go, with the Interstate Shippers Building beyond on the right. Right: Close-up of the Interstate Shippers Building from approximately the corner of 35th and Delgany. 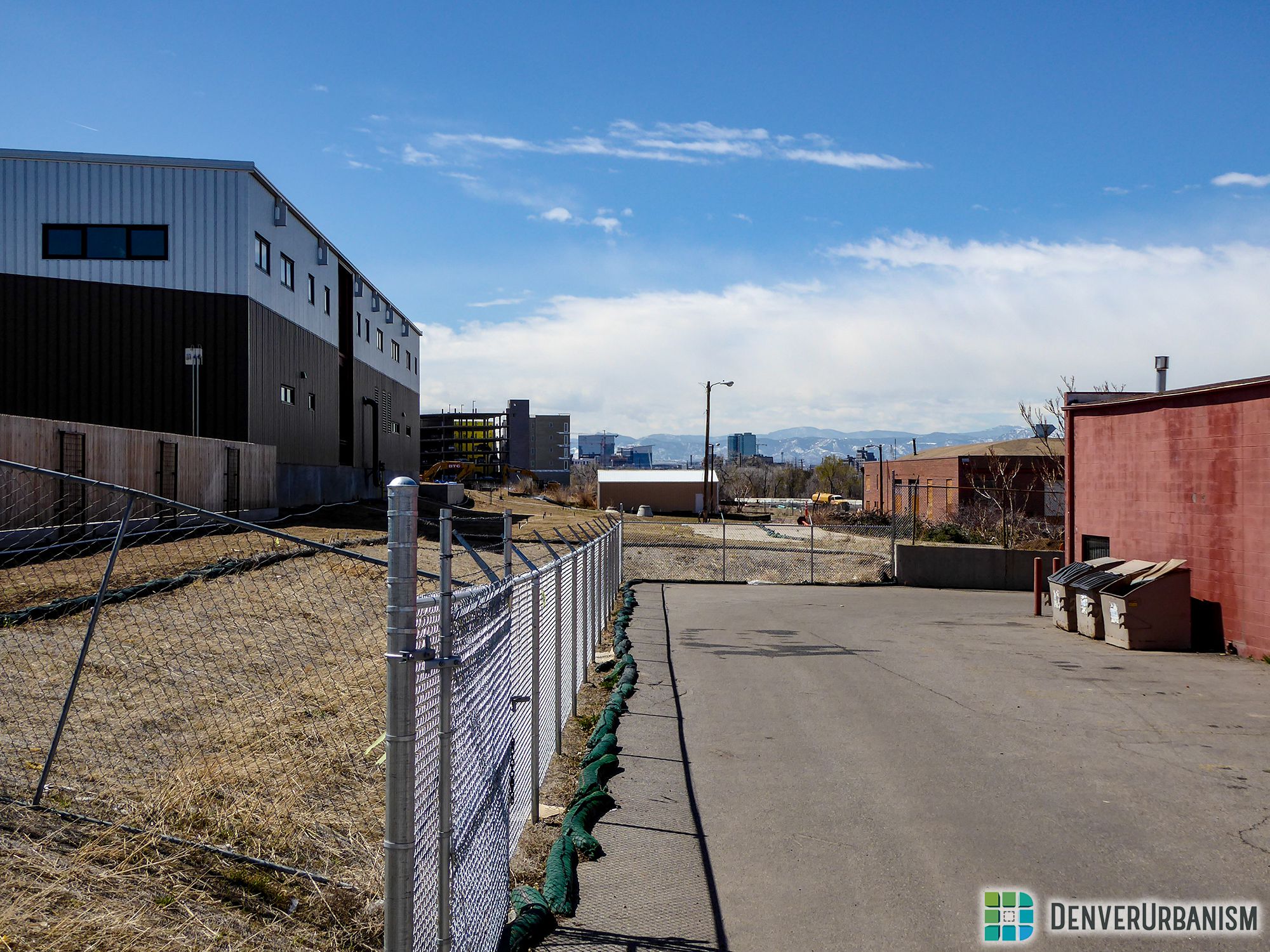 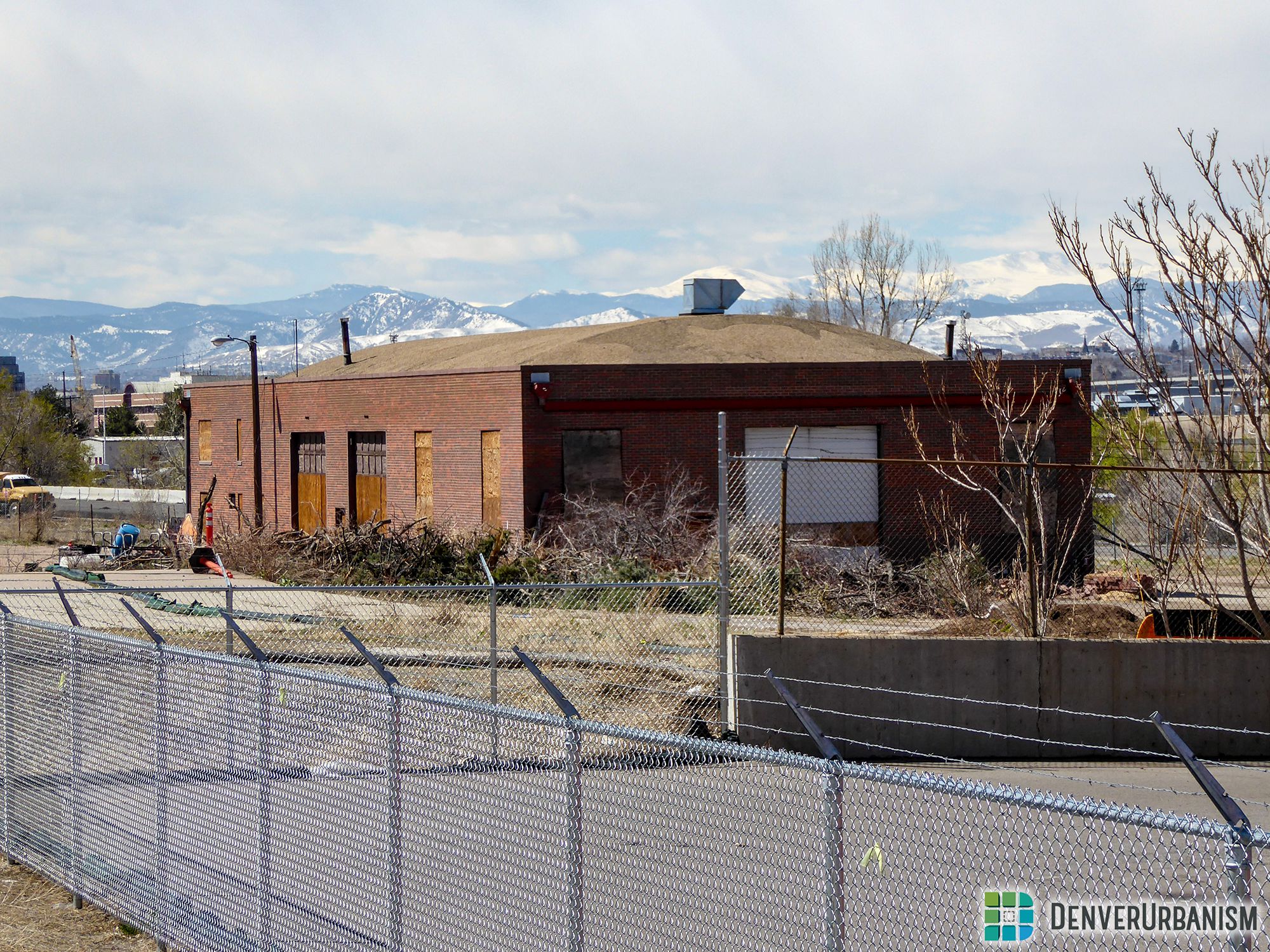 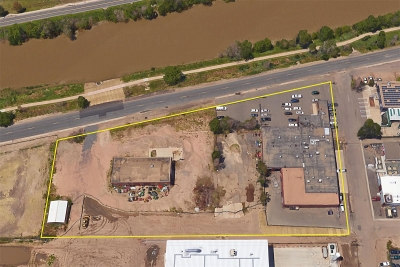 OK let’s get to the plans for the River North Park! The following images are courtesy of Denver Parks and Recreation, the North Denver Cornerstone Collaborative, and Wenk Associates, the landscape architecture firm that designed the park. 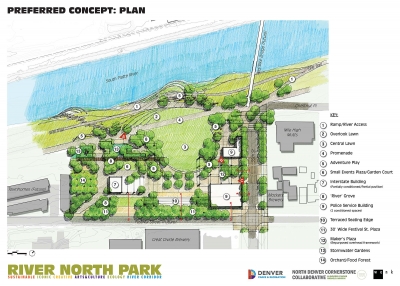 There are a number of really exciting features in this plan! I think the most exciting is that neither of the buildings in the park will be demolished; rather, they will be partially deconstructed to create both indoor and outdoor community spaces.

The Police Service Building consists of three major components. The center section of the building will be removed except for its structural framework, which will be preserved to create a cool outdoor space, Maker’s Plaza (#12 on the plan), where kids and adults can play and get creative. On either side of the plaza, the two remaining building sections will be remodeled into community spaces for neighborhood events, retail, workshops, and other indoor activities. Large artistic signage would wrap portions of the 35th Street and Delgany Festival Street sides of the building: 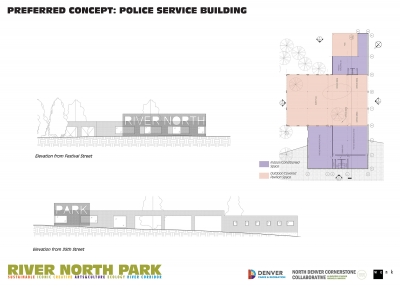 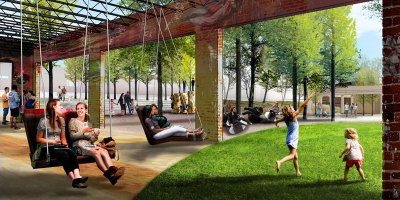 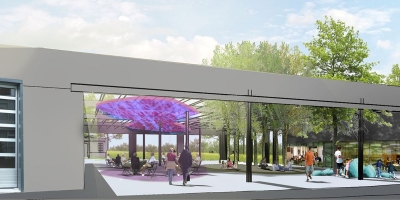 Similarly, the former Interstate Shippers Building will be partially deconstructed to create an outdoor pavilion area surrounded by the building’s skeletal supports while the remaining part the building would be used as community space: 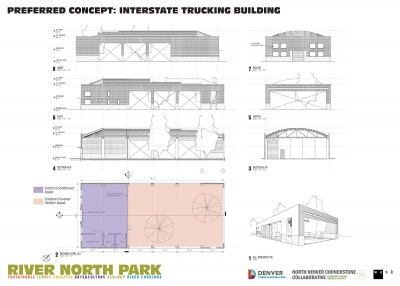 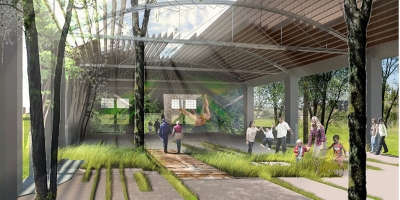 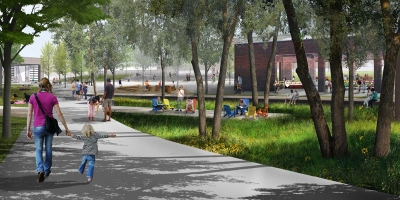 Other neat elements of the park include a storm water garden, several large lawns, a community vegetable garden, groves of trees, children’s play areas, and direct river access (thanks to the replacement of Arkins Court with a promenade): 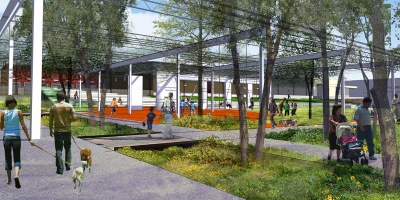 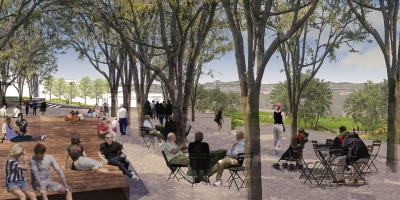 When looking at the Google Earth images and site photos above, it’s hard to imaging a beautiful park in this location. However, with everything that’s proposed or under construction around it—new streets and promenades and bridges and private-sector development on virtually every parcel—the transformation of this area will occur at a pace and with a level of coordination that is quite remarkable. If all goes as planned, construction on River North Park will begin in the spring of 2017 and be completed about a year later.

Next up in our RiNo Infrastructure series: Delgany Festival Street