As you may recall, we kicked off a series highlighting the infrastructure improvements going on in Denver’s River North neighborhood. For part two, we are going to focus on another pedestrian bridge just three blocks up from the 35th Street Pedestrian Bridge. Over at the 38th and Blake commuter rail station, the pedestrian bridge on 38th is starting to wrap up, opening with the station in 51 days.

The staircases and elevator shafts are nearly complete with the exception of the handrails along the stairs. The bridge sits just outside the commuter rail station on the east side but will give commuters direct access from the station’s parking on the west. I’m sure this bridge will provide great views of the Denver skyline with the commuter and freight tracks below. 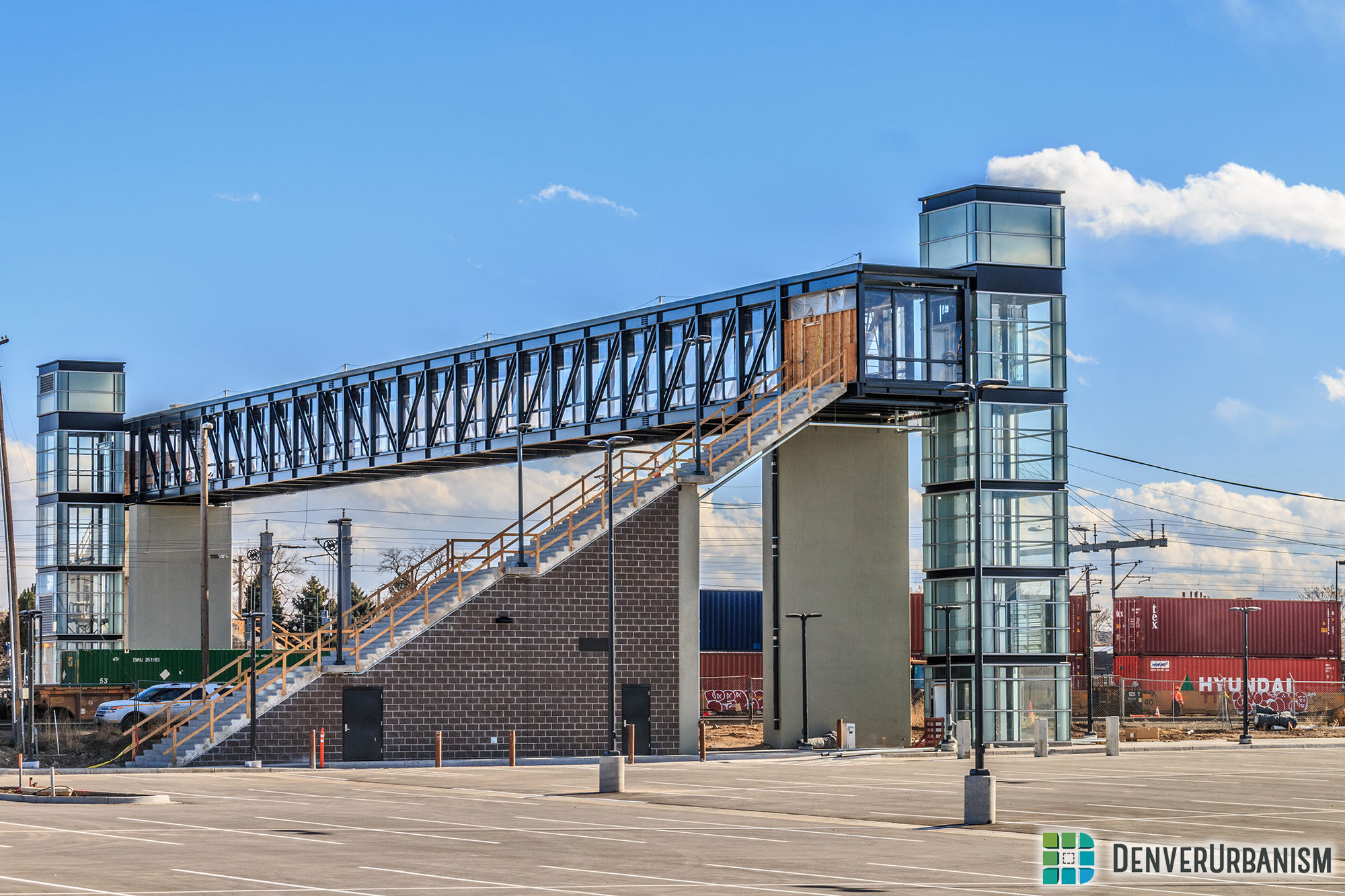 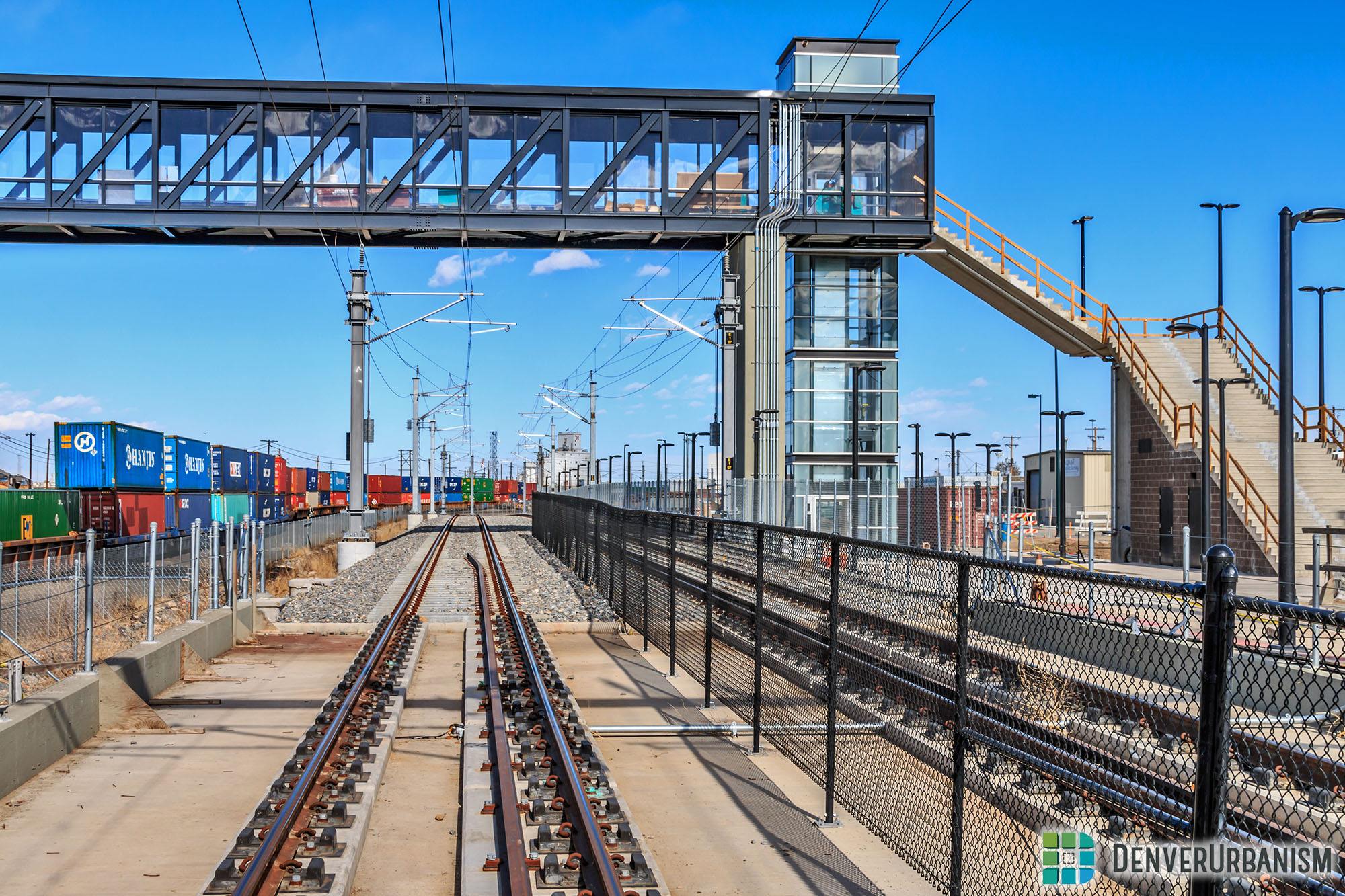 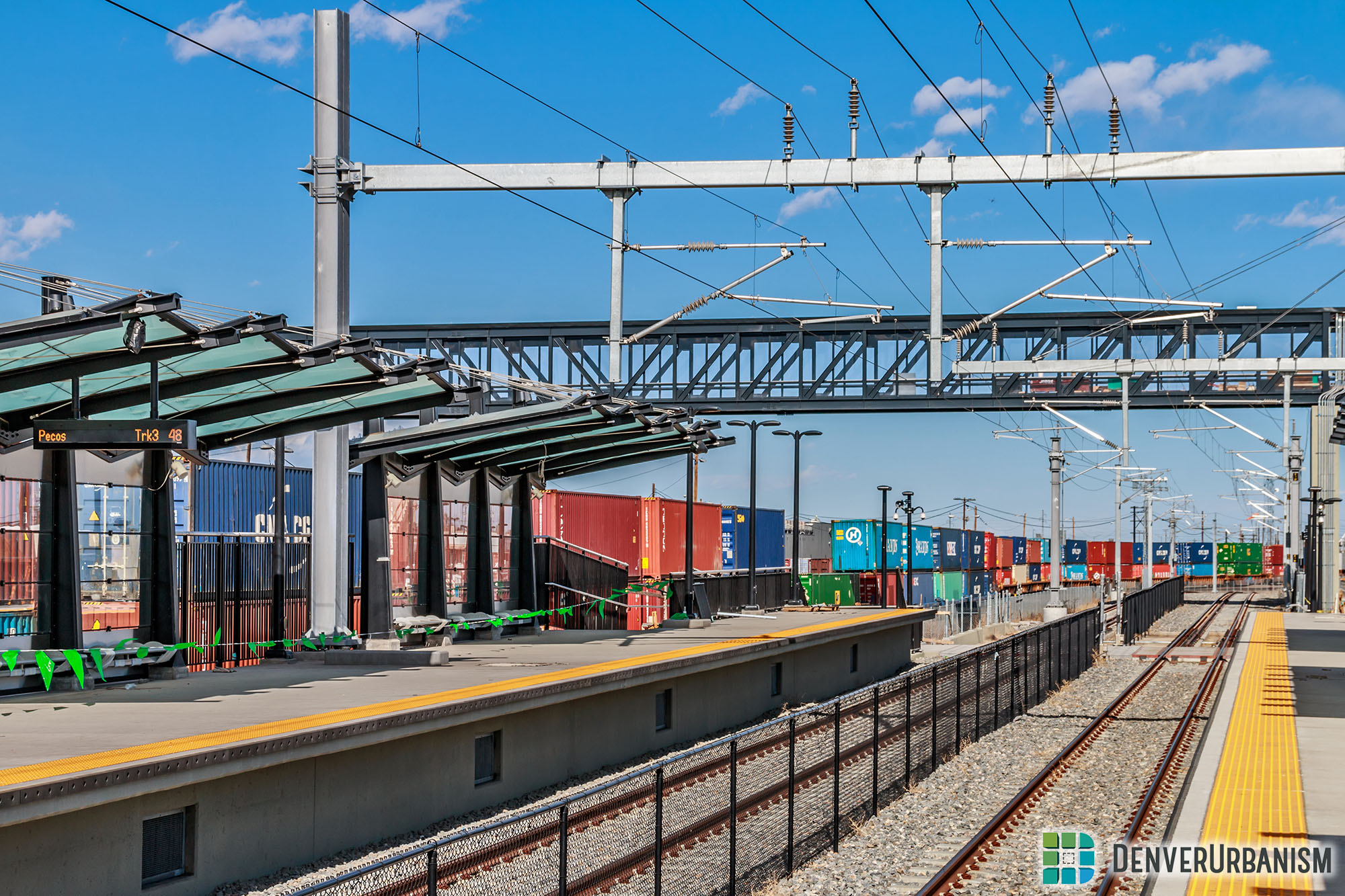