Did you know a new public space is coming to Downtown Denver? Yes indeed, on the Auraria Campus in front of the historic Tivoli Brewery/Student Union building, the Tivoli Quad is under construction!

The Tivoli Quad is a nearly 4-acre landscaped lawn and plaza area that will not only be the main outdoor gathering space for Auraria students, but a welcoming public place for downtown residents, workers, and visitors. The Quad will occupy approximately half of the large green space in front of the historic Tivoli where the Auraria athletic fields used to be. When MSU Denver opened their new athletic fields south of Colfax in 2015, that allowed for the construction of the Tivoli Quad and other improvements to move forward. The remaining green space to the east (closest to the CU Denver Commons Building) will be retained as a soccer field for CU Denver and, in the future, the site for additional academic buildings.

This first Google Earth aerial image from October 2014 shows the athletic fields before work on the Tivoli Quad had started. (For these first three images, east/Speer is at the top and north/Auraria Parkway is on the left.) 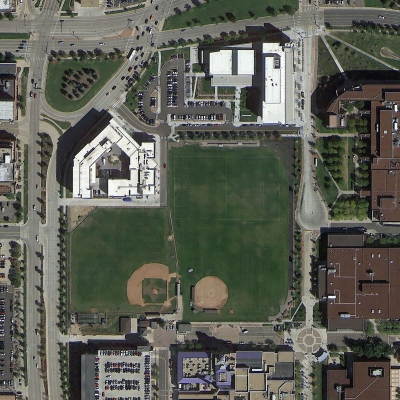 In this second Google Earth image from October 2015, work had started on the Tivoli Quad project: 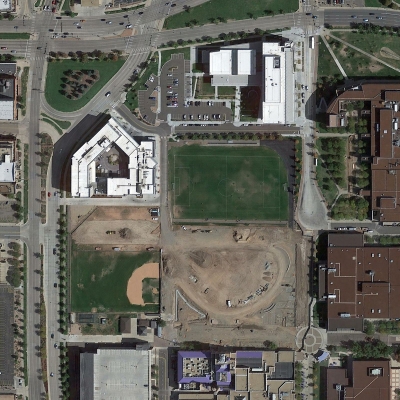 And here’s a site plan that shows the new Tivoli Quad and surroundings (courtesy of AHEC and Wenk Associates, the project’s landscape architect/urban design firm): 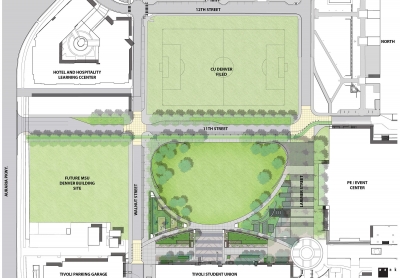 The Tivoli Quad features a large lawn for passive recreation, plenty of hardscaped areas for circulation and seating, a water feature, numerous trees and plantings, and other pedestrian amenities. The front of the historic Tivoli building will be redesigned to accommodate a cafe and beer garden with patios that overlook the plaza. The entire area is also being designed with large events in mind—such as commencement ceremonies—where lighting, A/V connections, and other features will allow for the Quad to be transformed into an amphitheater accommodating 12,000 seats.

As part of the Tivoli Quad project, new street infrastructure is going in as well. The biggest of these transportation improvements is the construction of 11th Street. Currently on the Auraria Campus, 11th Street exists only south of Larimer, where it functions mostly as an internal campus drive for parking access and service vehicles. With the Tivoli Quad project, 11th Street is being built as a full-access public street from Larimer to Auraria Parkway, where traffic signals will be installed to make 11th and Auraria Parkway a new fully signalized intersection. 11th Street will also receive bicycle lanes in both directions.

Larimer Street, which used to end in a turn-around loop at 11th (visible in the aerial photos), is being reconfigured to create a T-intersection at 11th, which opens up Larimer between Speer and 11th as a public street as well. The stretch of Larimer Street near the Tivoli between 11th and 10th has been removed and is being replaced with a pedestrian plaza fully integrated as part of the Tivoli Quad design.

Finally, Walnut Street, which presently runs from 9th to 10th Streets between the Tivoli and the parking garage, will be extended to 11th, connecting to the access drive along the side of MSU Denver’s Hotel and Hospitality Learning Center, which will extend Walnut from 9th all the way to 12th Street.

Several of these new streets around the Tivoli Quad will be curbless, allowing the streets to be pedestrian-friendly and to function as an extension of the Quad for large events.

The new 11th Street, looking from Larimer towards Walnut and Auraria Parkway with the Pepsi Center in the background: 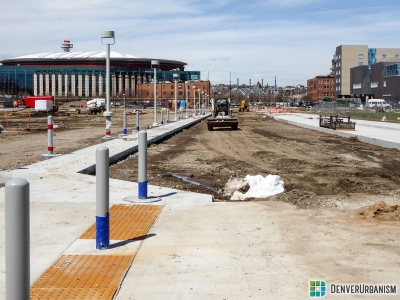 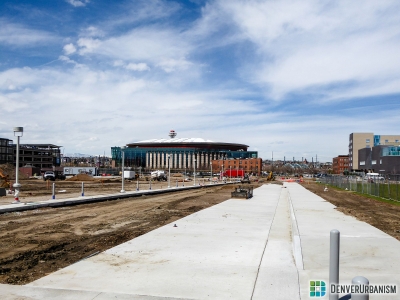 11th Street under construction from Walnut looking south toward Larimer: 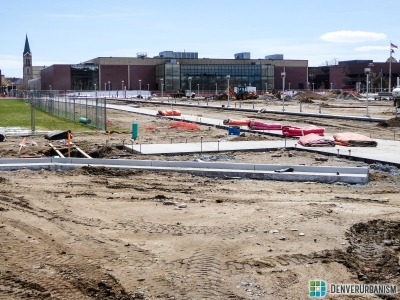 Future intersection of 11th and Walnut Street under construction: 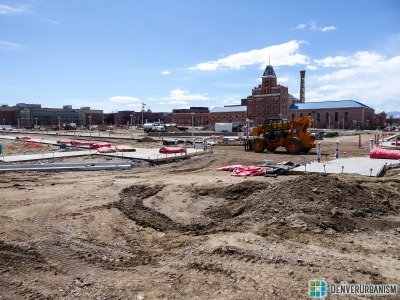 Looking down the new Walnut Street from 12th toward 11th, with the MSU Denver Hotel and Hospitality Learning Center on the right: 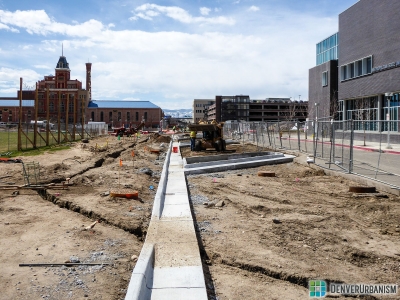 Intersection of Walnut and 11th Street under construction: 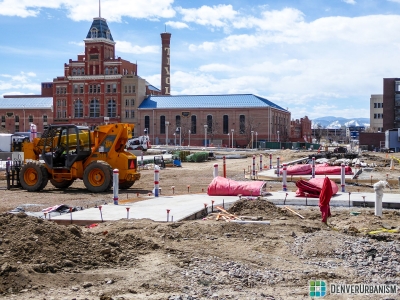 Tivoli Quad under construction with the newly pedestrianized section of Larimer between 10th and 11th on the right: 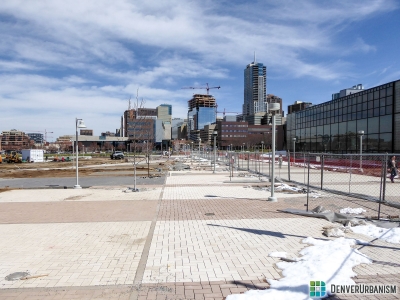 Tivoli Quad along Larimer between 10th and 11th in front of the historic Tivoli Brewery/Student Union: 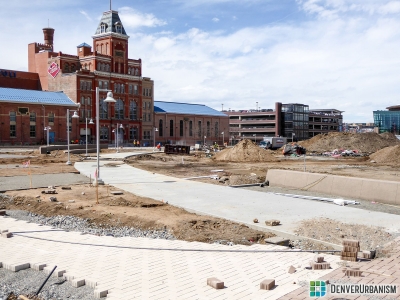 These last three photos were taken from the top of the historic Tivoli looking towards Downtown with the Tivoli Quad in the foreground.

View looking northeast at the Hotel and Hospitality Learning Center and Lower Downtown beyond, with the intersection of 11th and Walnut under construction in the center of the view: 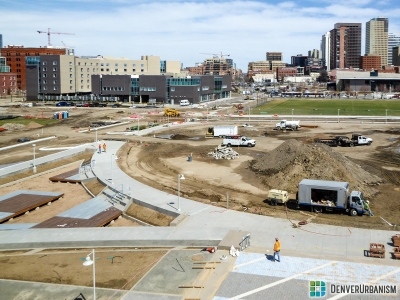 View looking east at the Denver skyline and the central section of the Tivoli Quad: 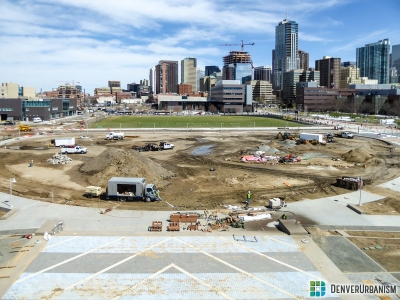 View to the southeast with the new Larimer Street promenade on the right: 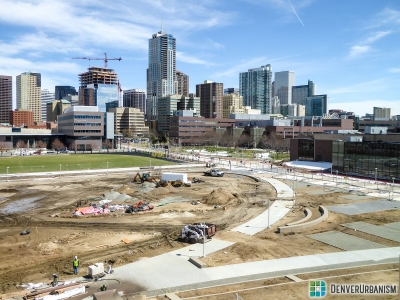 What a fantastic project! We’ll revisit Tivoli Quad later this summer after construction has been completed and all of the landscaping is in.