There are only four days until the “Train to the Plane” line opens! This is an incredibly huge transit milestone for the Denver metro area, as we will finally have solid rail transit connecting Denver Union Station and Denver International Airport. For this countdown, we are going to be exploring some facts and figures about Denver’s best new rail line.

Today, we are going to settle the confusion of light rail and commuter rail. In many news outlets, reporters are referring to the new A-line as light rail. This is completely incorrect. So what exactly is the difference and what are the differences between the two systems in Denver?

Light rail is exactly what the name implies, light. They are designed to operate in crowded, narrow corridors, usually have narrowly spaced stops, have a capacity of around 155 passengers per trip, and top out at 55 miles per hour. The overhead catenary system is fairly lightweight, powering the trains with a direct current of 750 volts. Below are two photos showing the West Line light rail system. 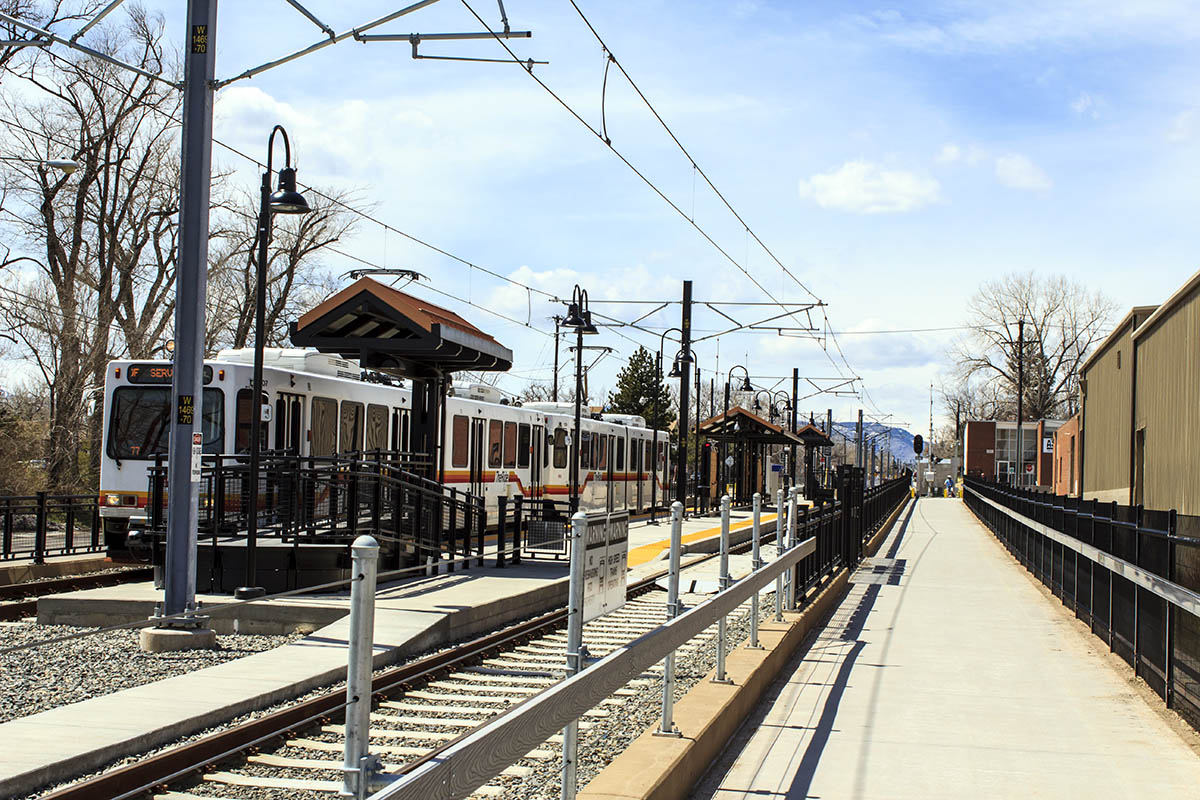 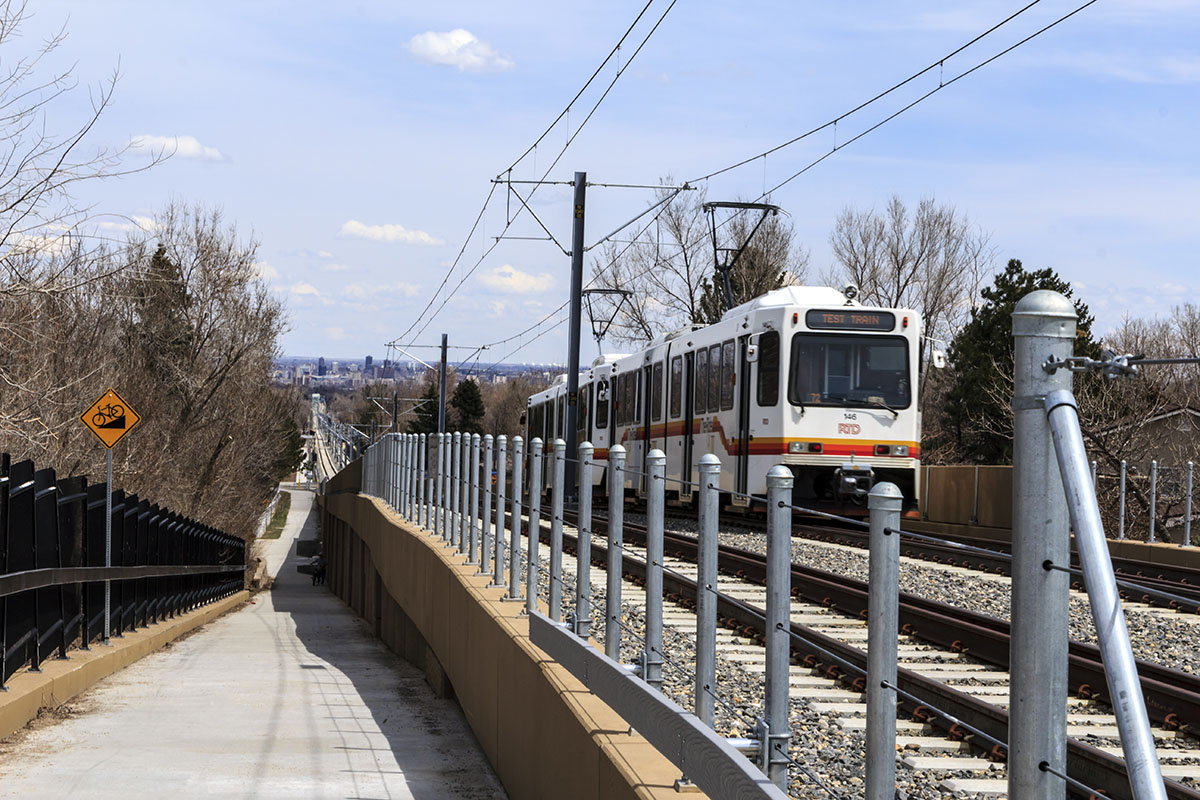 Commuter rail is a heavy rail system. It is designed to get passengers and commuters to their destination faster. Commuter rail runs along open corridors, and doesn’t interact much with the street level. It’s like a freight line except for passengers. These trains are big. They have a capacity of around 170 passengers per trip, have fewer stops, and top out at 79 miles per hour. The overhead catenary system is serious business powering the trains with an alternating current of 25 kilovolts (kV). Below are two photos showing the new A-Line commuter rail system. 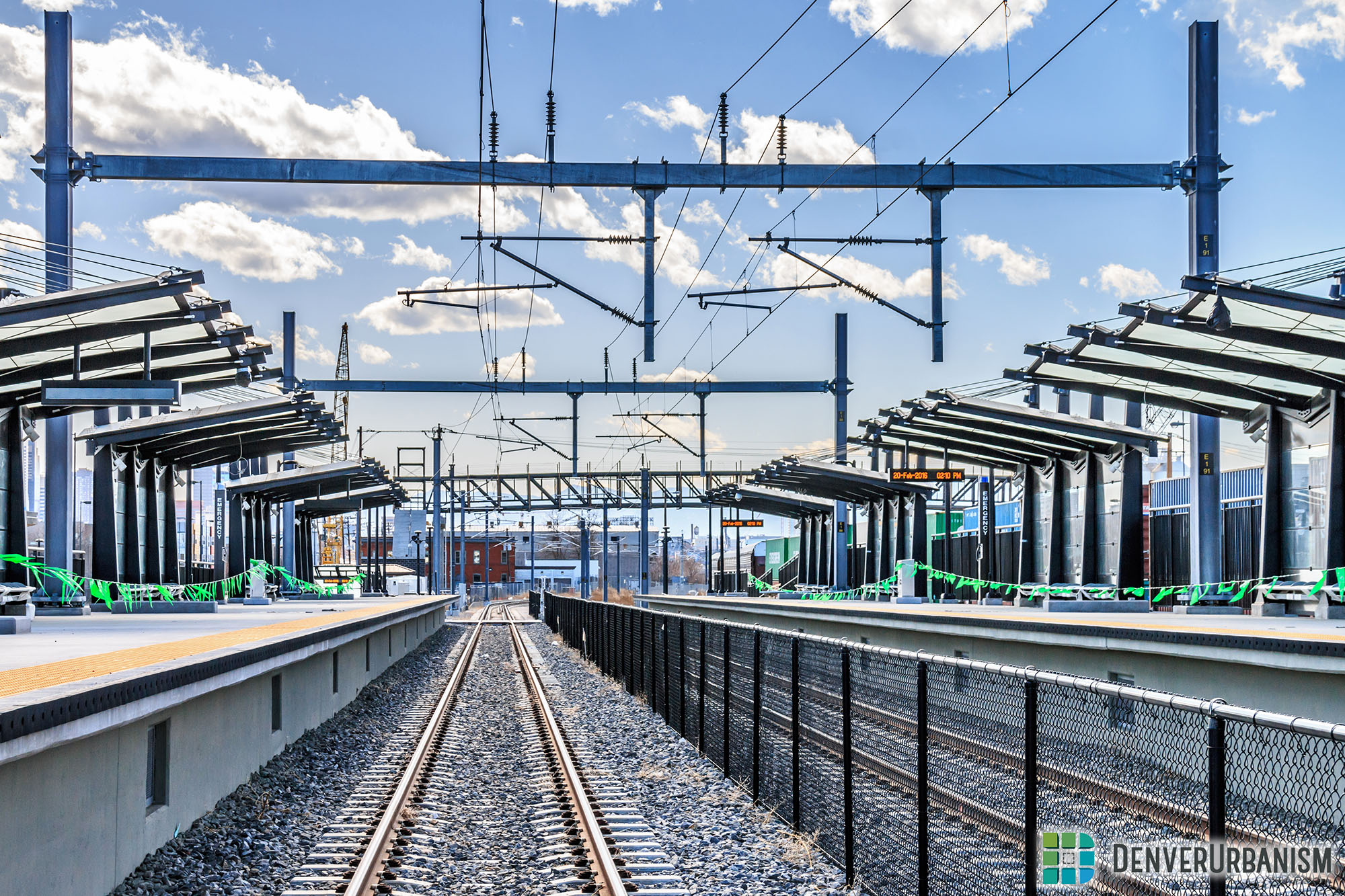 In summary, the commuter rail serves longer distances, in a shorter amount of time, with fewer stops while light rail covers shorter distances, is made for more urban spaces, and has more stops. I’m glad we settled that difference before April 22nd!