In Part 1 of our coverage, Ryan gave us a comprehensive overview of the grand opening of the new Marriott Renaissance Denver Downtown City Center Hotel that has been carefully crafted out of the historic Colorado National Bank building at 17th and Champa in Downtown Denver. In this post, we’ll add a few more photos of the project and some additional observations.

This project is a HUGE win for Downtown Denver. Take a classically historic building and transform it into a new hotel, with the modifications approved by the Denver Landmark Commission: 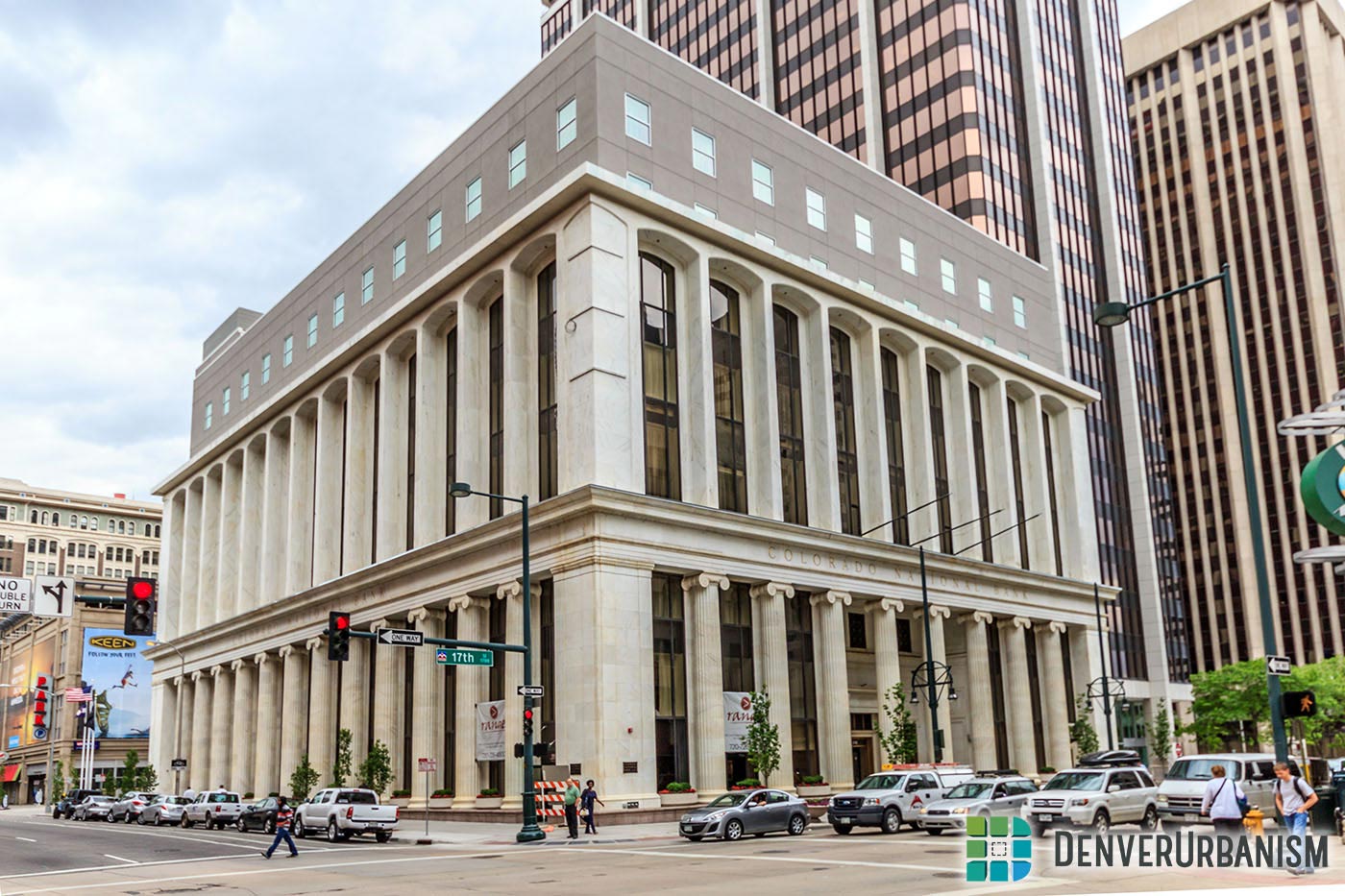 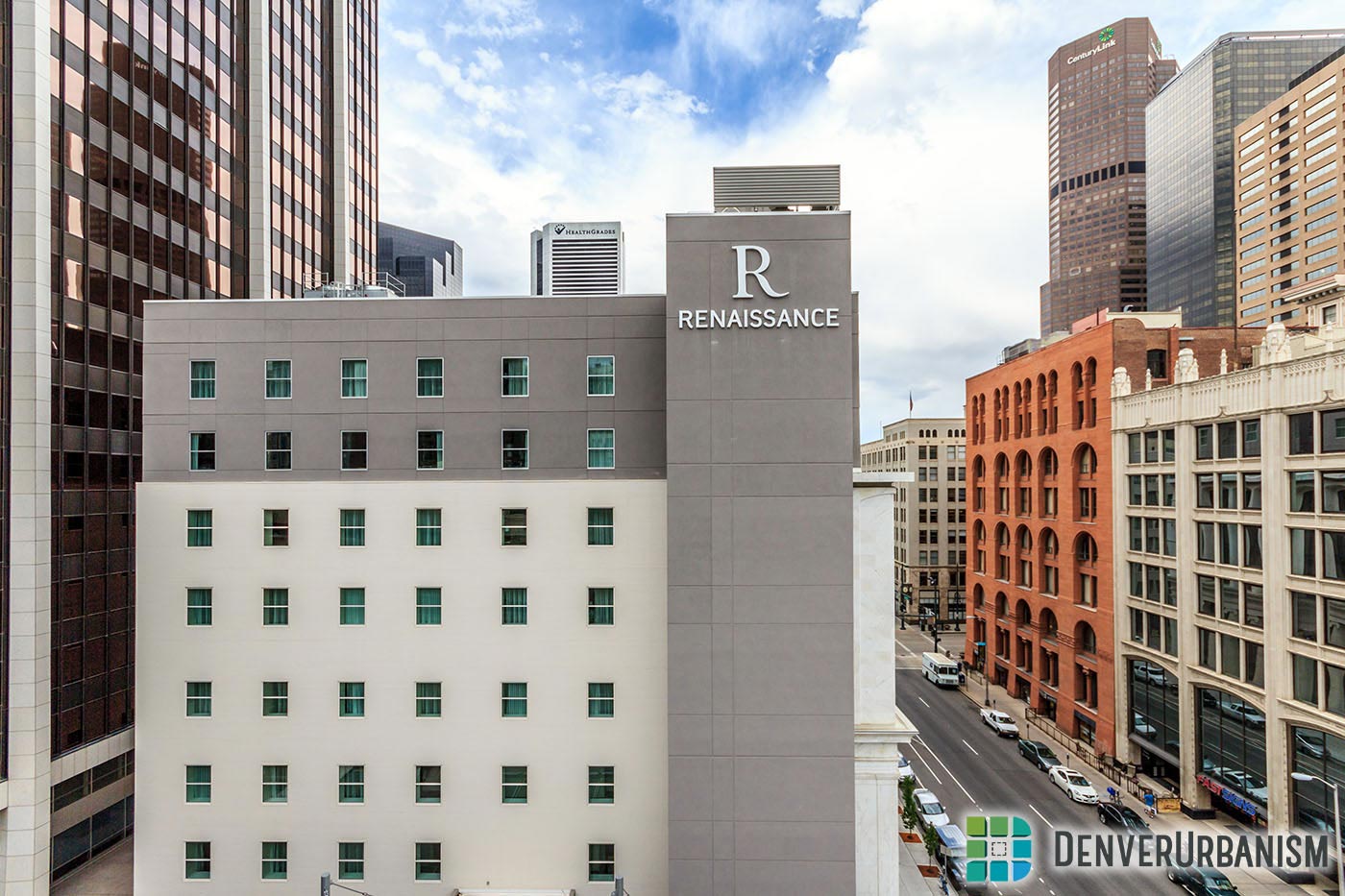 This building was vacant for about a decade. Thanks to Stonebridge Companies and the Denver Urban Renewal Authority, this historic building was transformed into the beautiful building it is today. Here’s a photo of Councilman Brooks and others from the development team cutting the ceremonial ribbon on June 5, 2014: 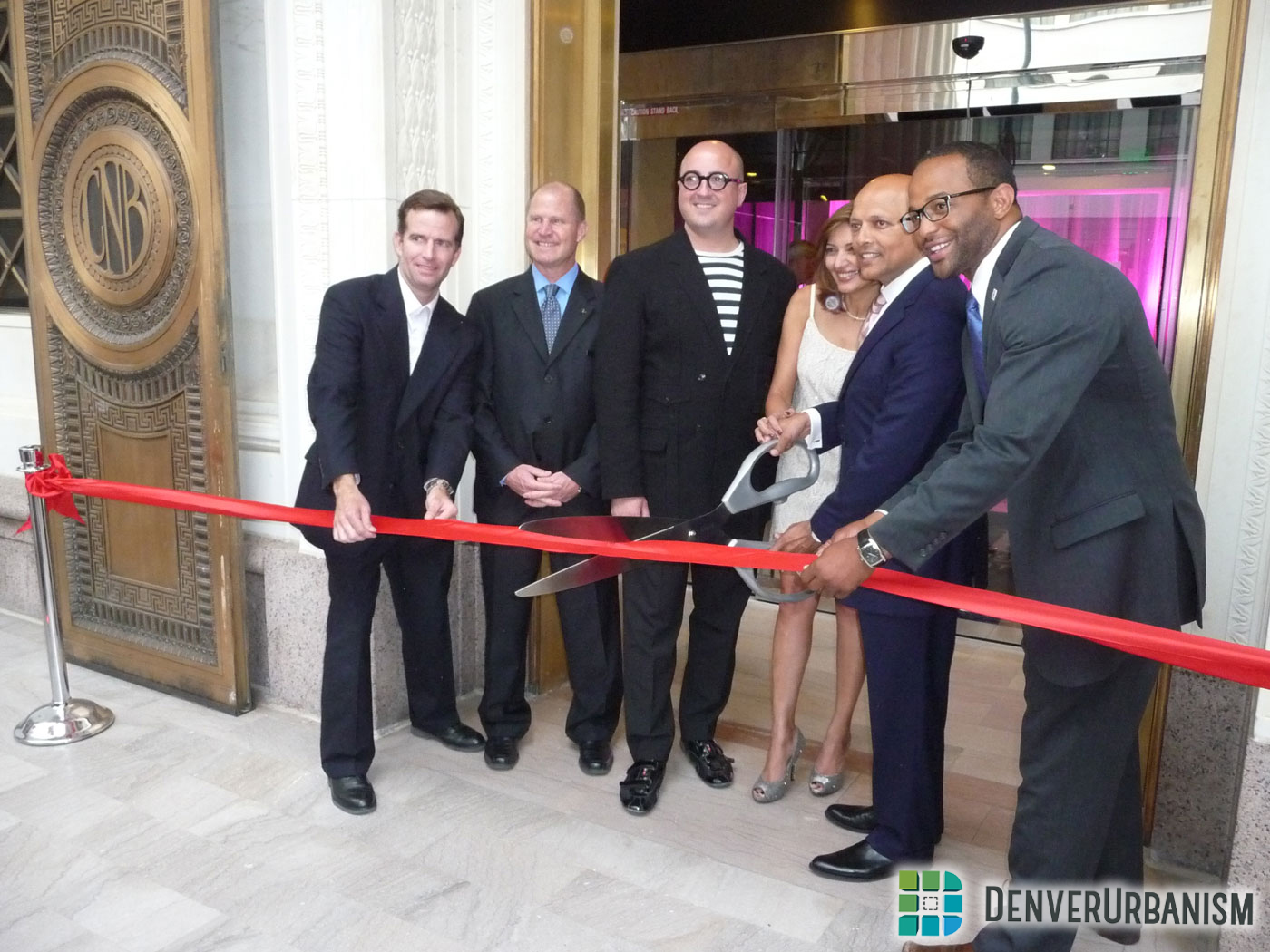 A few more images of the building at grand opening: 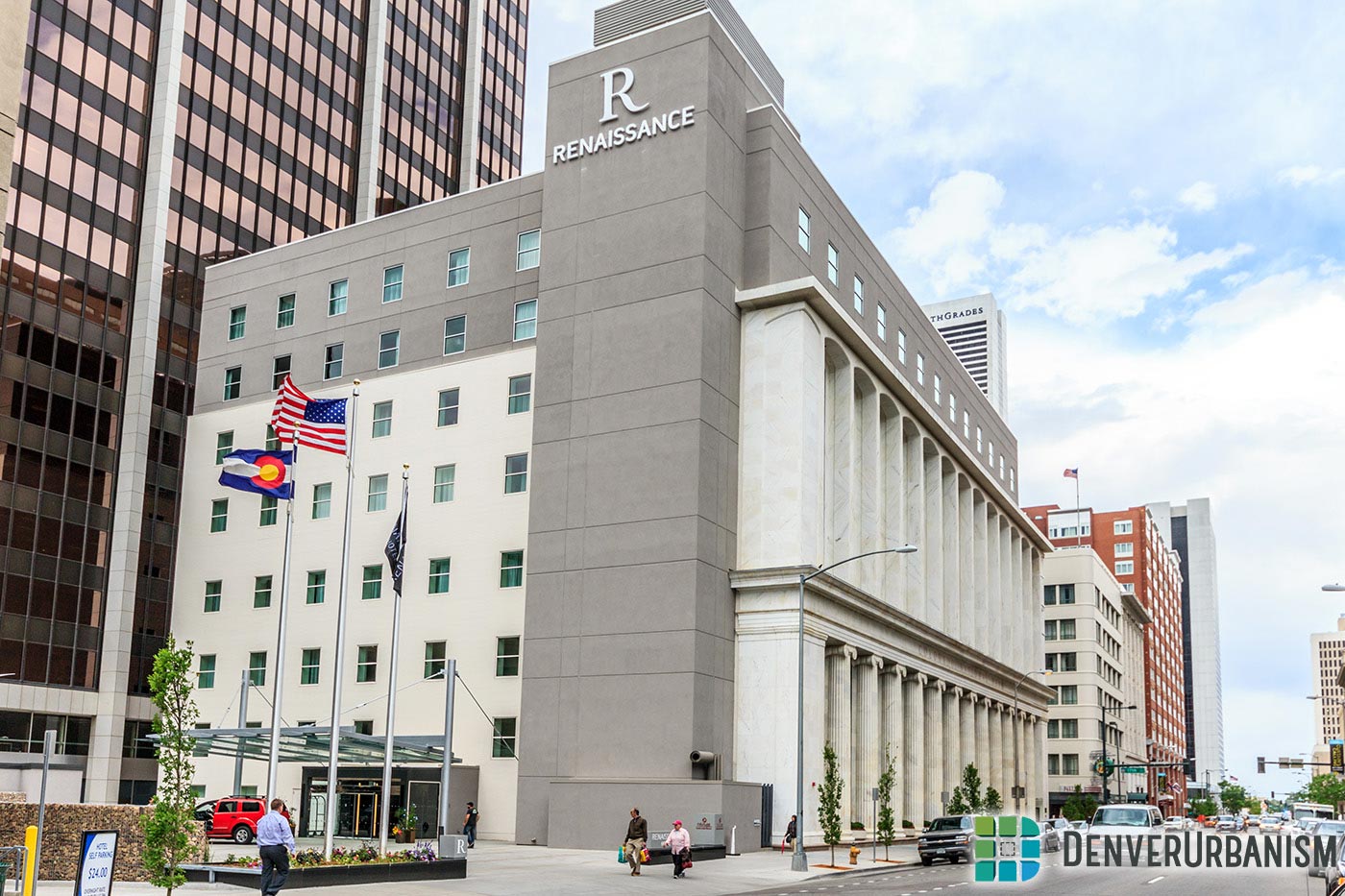 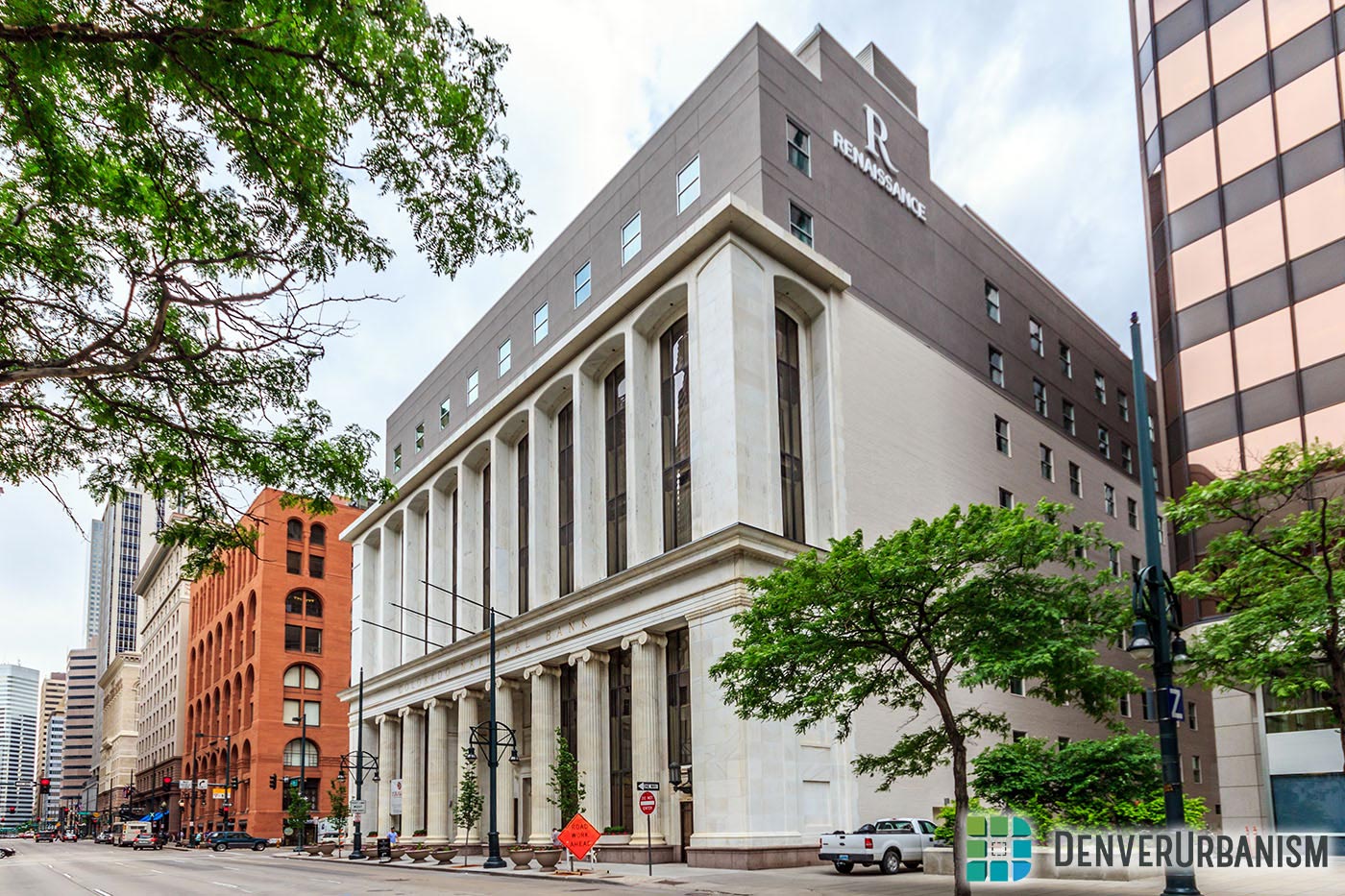 If you haven’t yet checked out the inside of this awesome historic structure, featuring a stunning three-story atrium of white marble colonnades and a series of historic murals by Colorado artist Allen Tupper True, I highly recommend you do. The lobby bar and the hotel’s restaurant, Range, are fantastic.

While infill development is a big part of Denver’s growth as a city, adaptive reuse projects like the Marriott Renaissance Denver Downtown City Center hotel are equally important to Denver’s urban evolution and preserving its heritage as a major city.