For the past twelve years, DenverInfill has been tracking development in and around downtown Denver. There has been plenty to follow. The surface parking lots, which spanned multiple city blocks in the 1970s, have slowly but surely been turned into apartments, offices, hotels, and other structures which have worked to reunite the urban fabric that comprises Downtown Denver. In some of the neighborhoods surrounding Downtown, new development is taking on a slightly different form.

Capitol Hill was not spared from the razing which occurred throughout the mid-1900s, but for the most part, it was limited to the northwest corner of the neighborhood around the Colorado State Capitol and along Broadway. Small parking lots exist throughout the neighborhood, but these aren’t large enough to build significant structures offering hundreds of apartments. Many of these lots have seen small scale development, but larger projects have been absent for the most part. Only two projects have been completed in the eastern half of Capitol Hill in the last ten years, compared to Brighton Boulevard where there are 17 projects planned, under construction, or completed in the last five years. This can partially be attributed to the fact that Capitol Hill wasn’t subjected to as much demolition as other neighborhoods and maintained a higher density level than other parts of Denver. As Denver continues to grow, developers will look for new opportunities to build to meet the strong demand for new urban housing. At the same time, the public’s desire for historical preservation can affect these developments. This is the case with two small adaptive reuse projects presently being constructed in Capitol Hill.

The Jux
Empty for several years, 821 Corona was previously an antique shop in an old two-floor mixed-use structure from the early 1900s. Last year, under the direction of Endurance Partners, the building was gutted, save for the original brickwork on three sides. Next month, it will open as a 30-unit apartment building on three floors with a ground level parking garage. Called The Jux, the structure preserves some of the look and feel of the neighborhood while adding density to the area. It is expected to be completed in June 2017.

At one point in the past, Chevron Gasoline clearly had something to do with this building as this beautiful brickwork sign was revealed and restored during renovations. Included in the images below is a rendering of the completed project, courtesy of Endurance Partners. 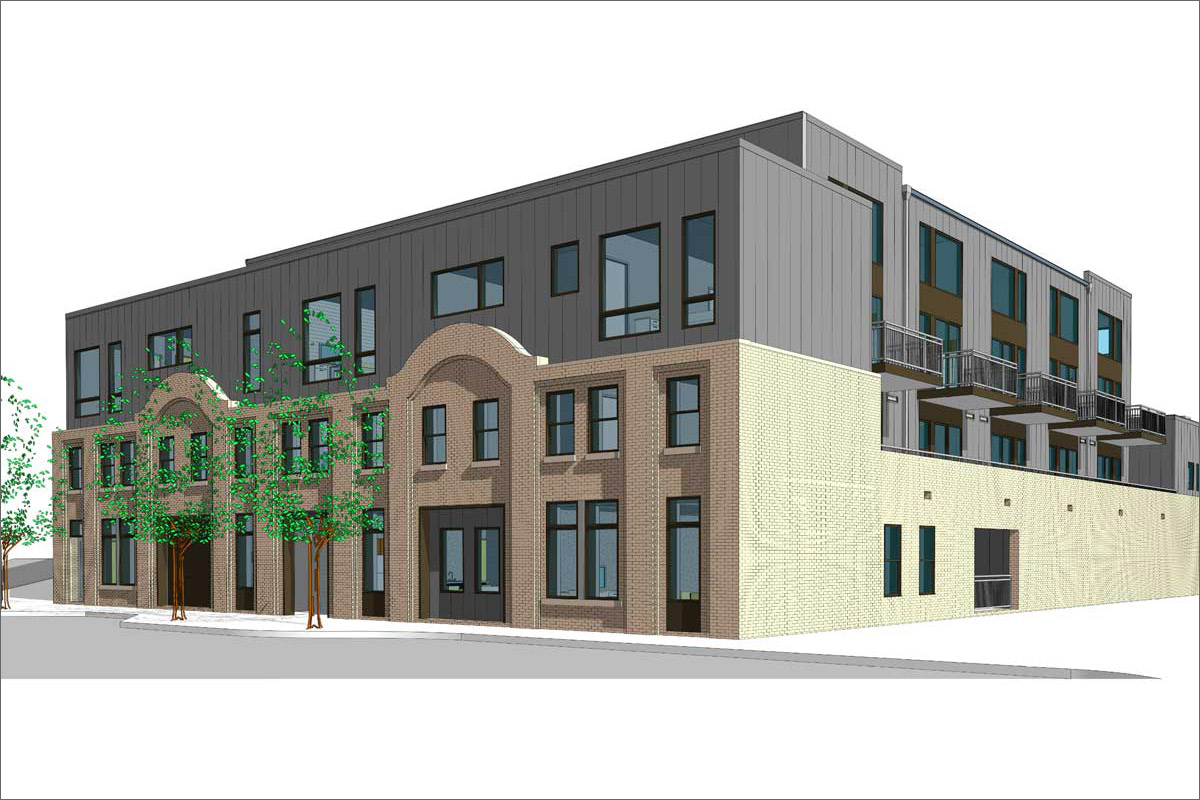 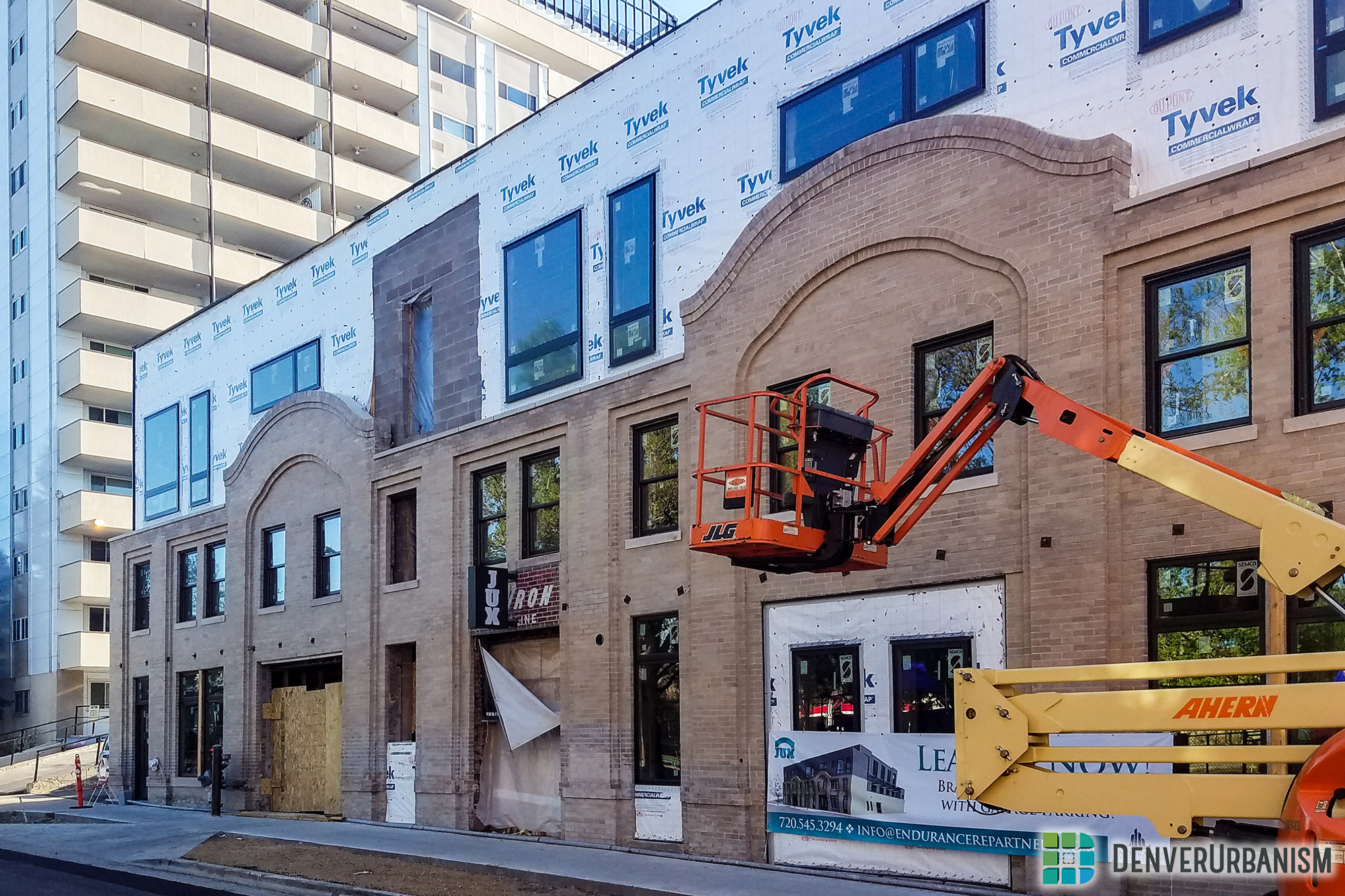 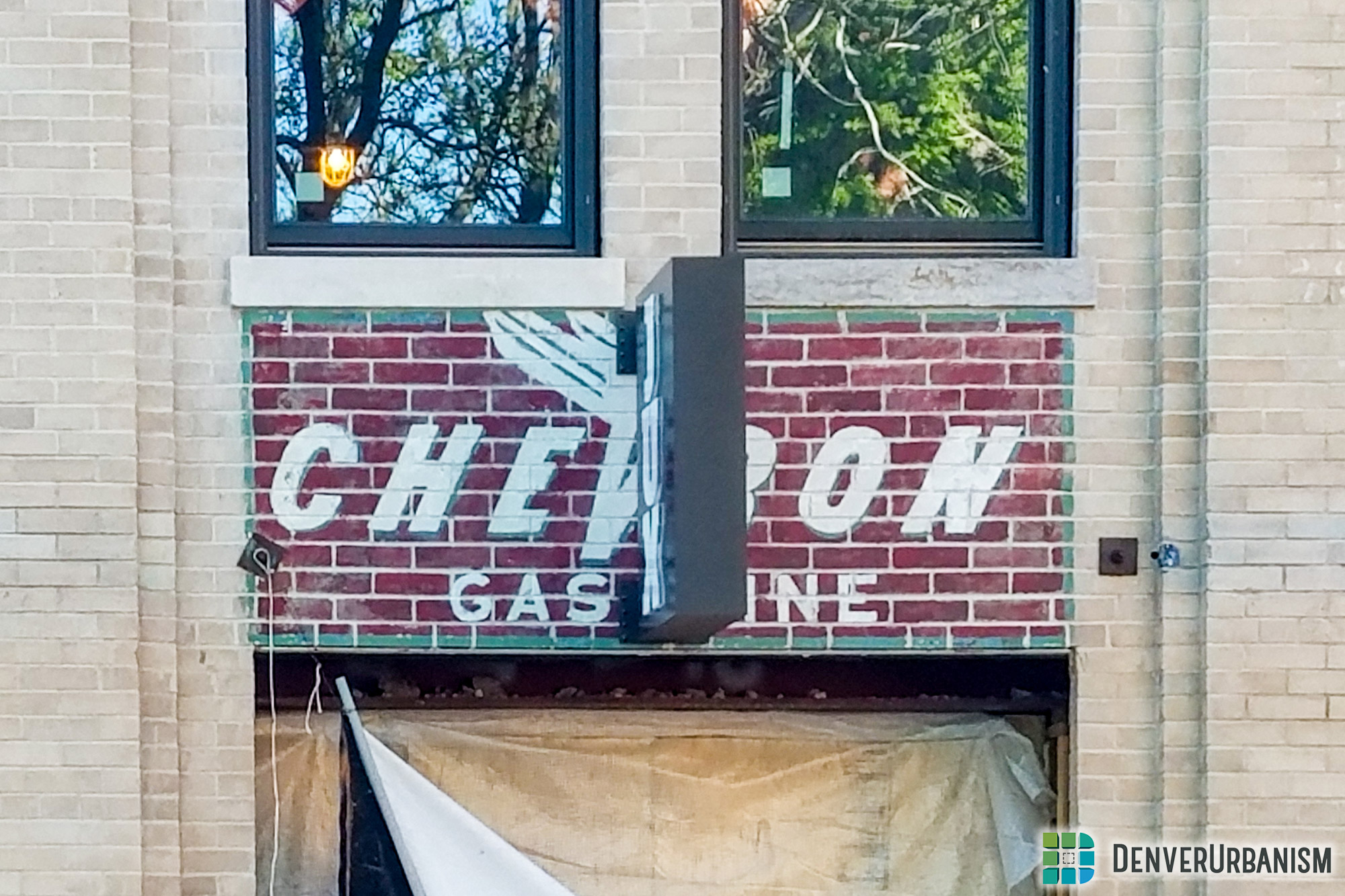 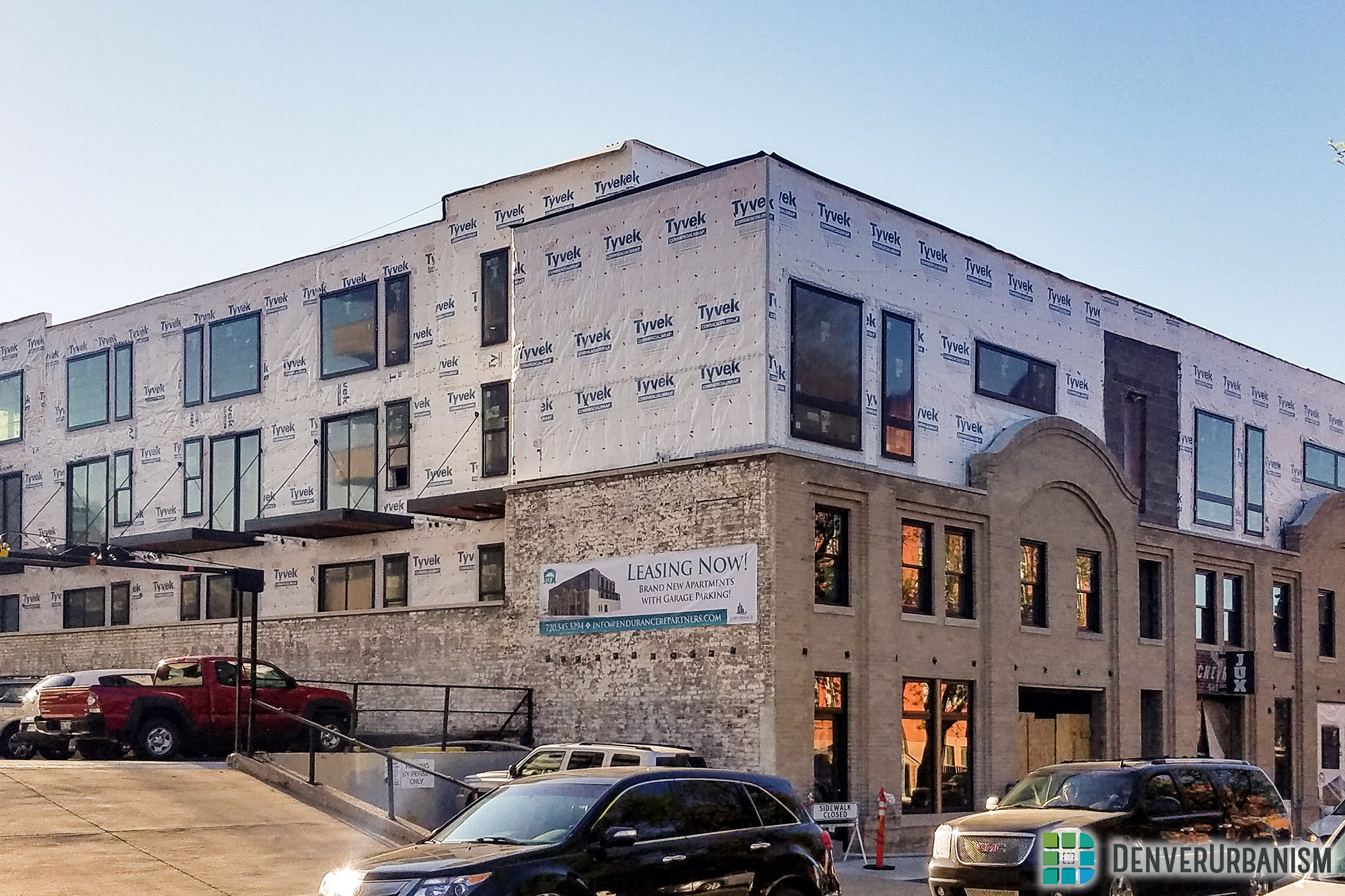 Ogden Flats
A second project just a few blocks away is also saving the exterior of an older structure while adding new residential to Capitol Hill. The Penn Garage was originally built in 1923 at 1300 Ogden Street. Like 821 Corona Street, it has been sitting empty for several years. Generation Development began construction on the Ogden Flats last year. This is a 5-story condominium project that will provide 29 new homes to the Capitol Hill neighborhood while preserving the original exterior brickwork of the structure. It is expected to be completed this fall. Below are three photos of construction activity at the site, along with a rendering of the project, courtesy of Generation Development and architect Range Design. 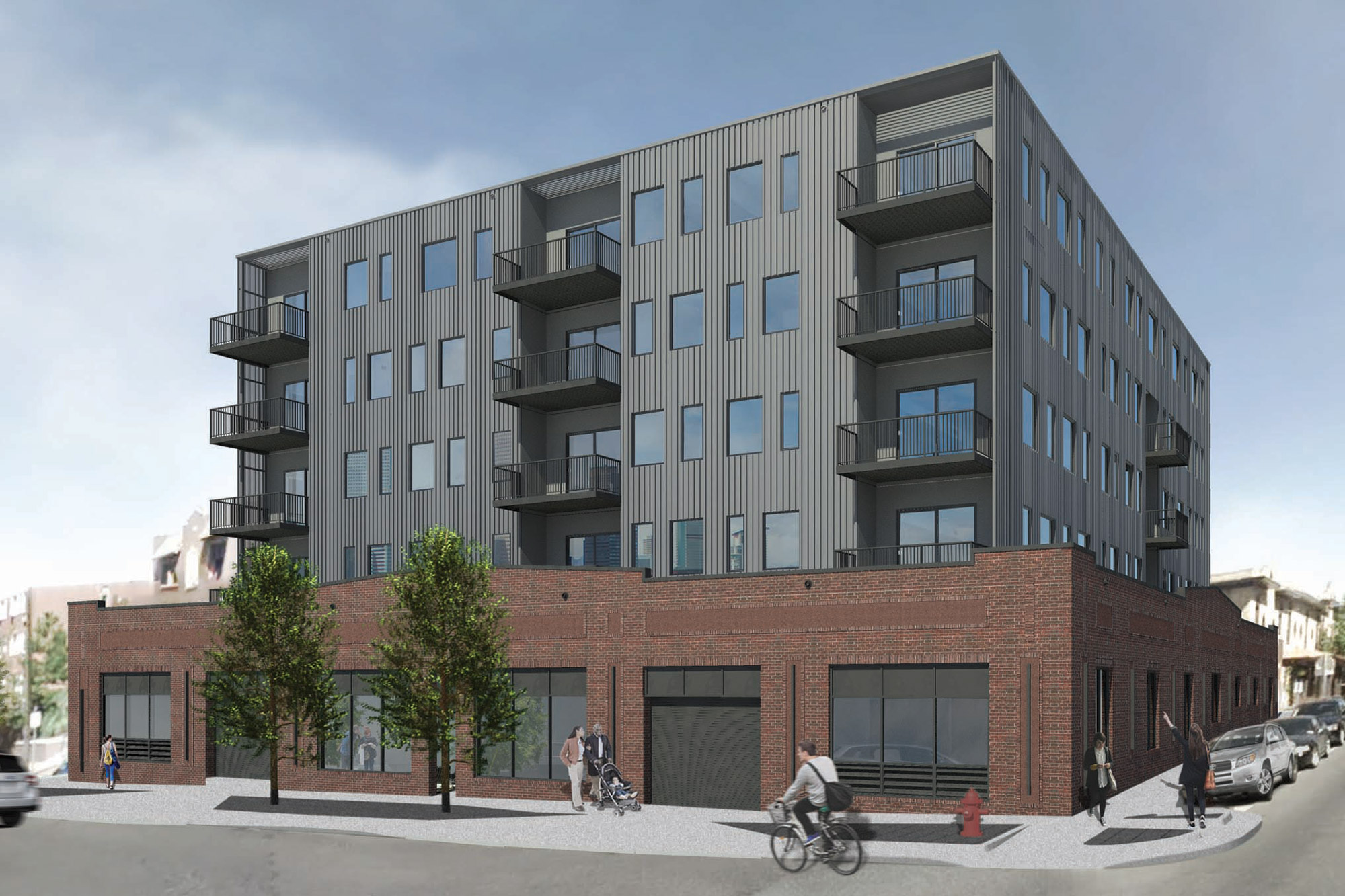 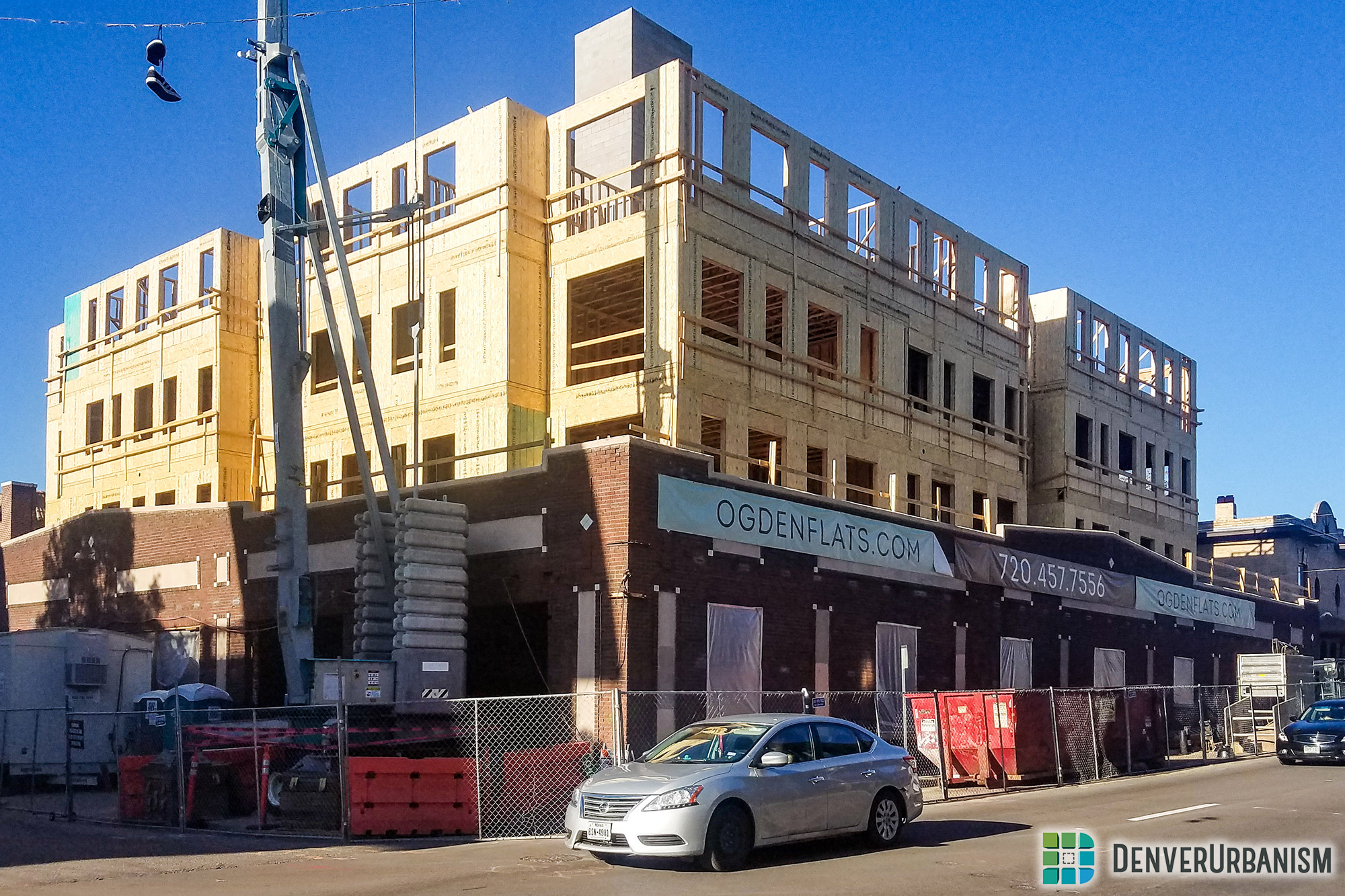 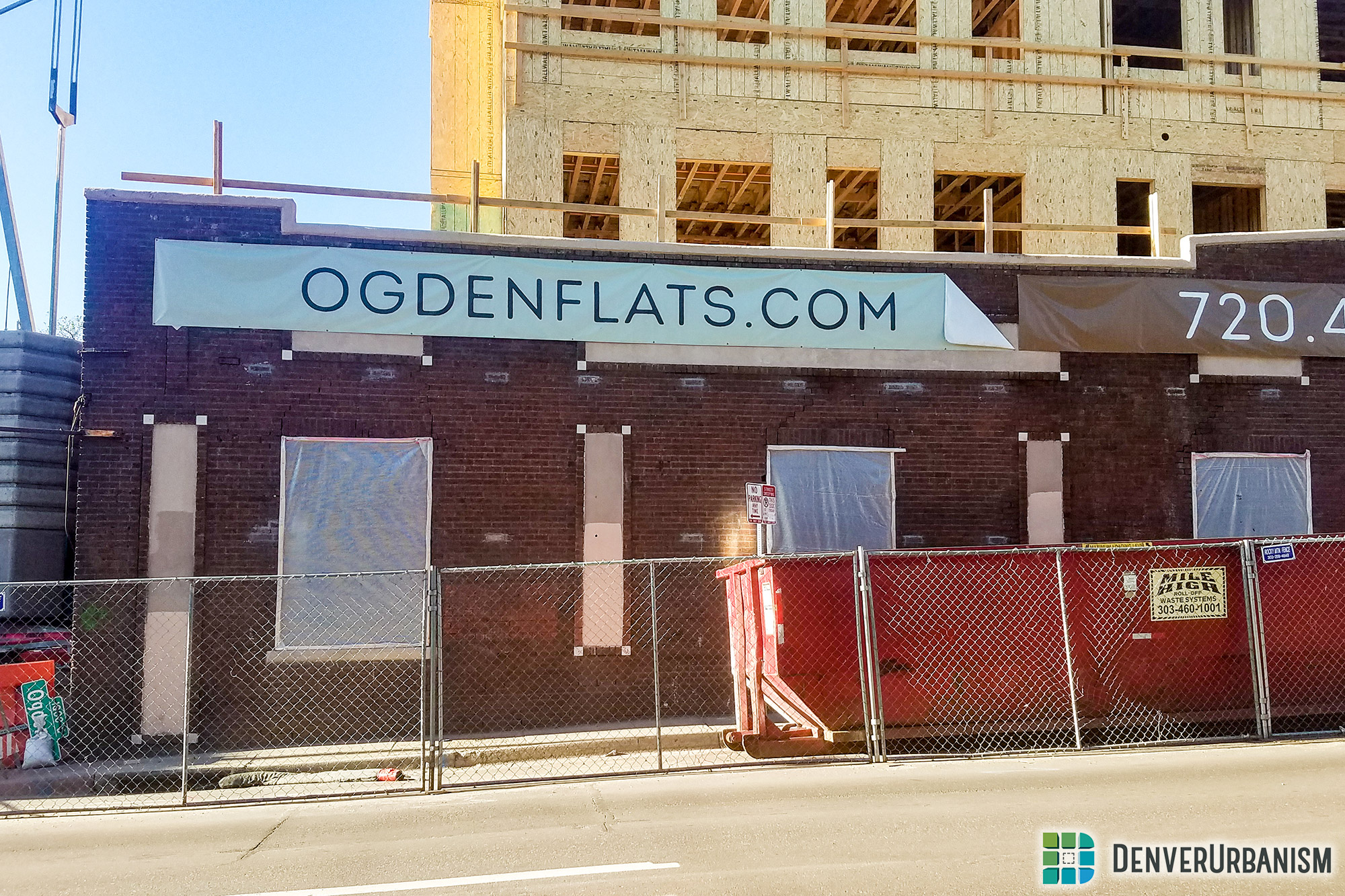 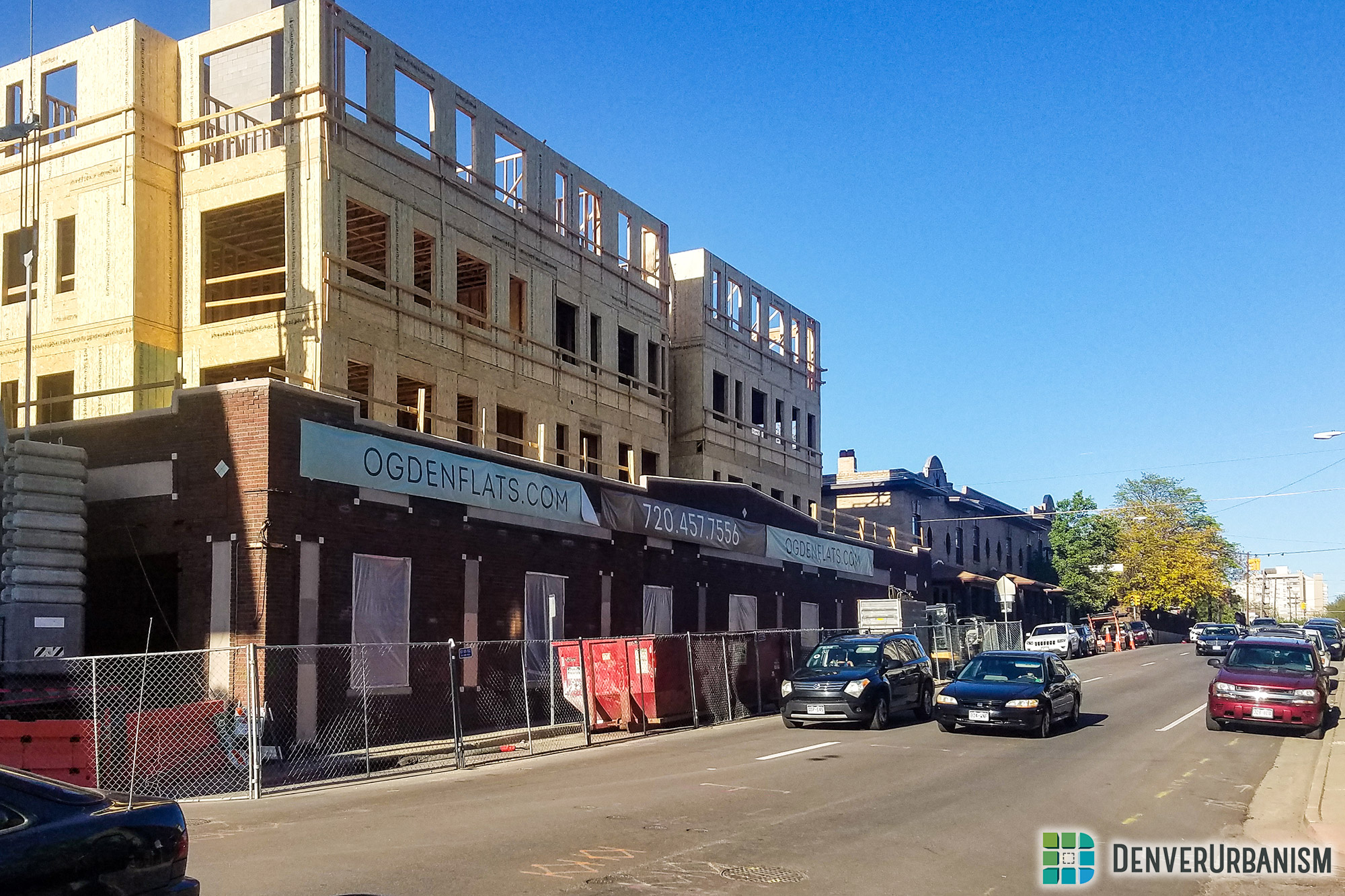 The desire to preserve our city while accommodating the incredible growth we are experiencing may demand these smaller-scale developments, especially in areas of the city which don’t have a lot of empty lots. Particularly in historic Capitol Hill, these adaptive reuse projects could become the norm as Denver works to strengthen its urban fabric.

Kyle Dobbins is a resident of Capitol Hill and, after teaching music for three years, he studied urban geography at CU Denver. Originally from the Columbus, Ohio area, he moved to Denver in 2012 after living in Wyoming for six years. His focus is on transportation planning and historical urbanism. He teaches music for Denver Public Schools and has remained active in the urban planning community in Denver.