To kick of our first adaptive reuse final update, we are going to go inside the Colorado National Bank hotel conversion. Now known as the Renaissance Denver Downtown City Center Hotel, the hotel is now open and DenverUrbanism was invited to attend the grand opening event! In part one of our series, we will be looking at the interior of the hotel along with some of the grand opening festivities! Thank you to BrieAnn Fast of B Public Relations for making this inside look possible!

First off, as per our final update tradition, here are all of the previous posts for this project:

Now for the look inside! Once you enter the building, you are greeted with a very large great hall, which used to be the lobby for Colorado National Bank. Many of the historic elements of the building, including the artwork, are still intact; giving the great hall a very historic feel with some modern hints throughout. 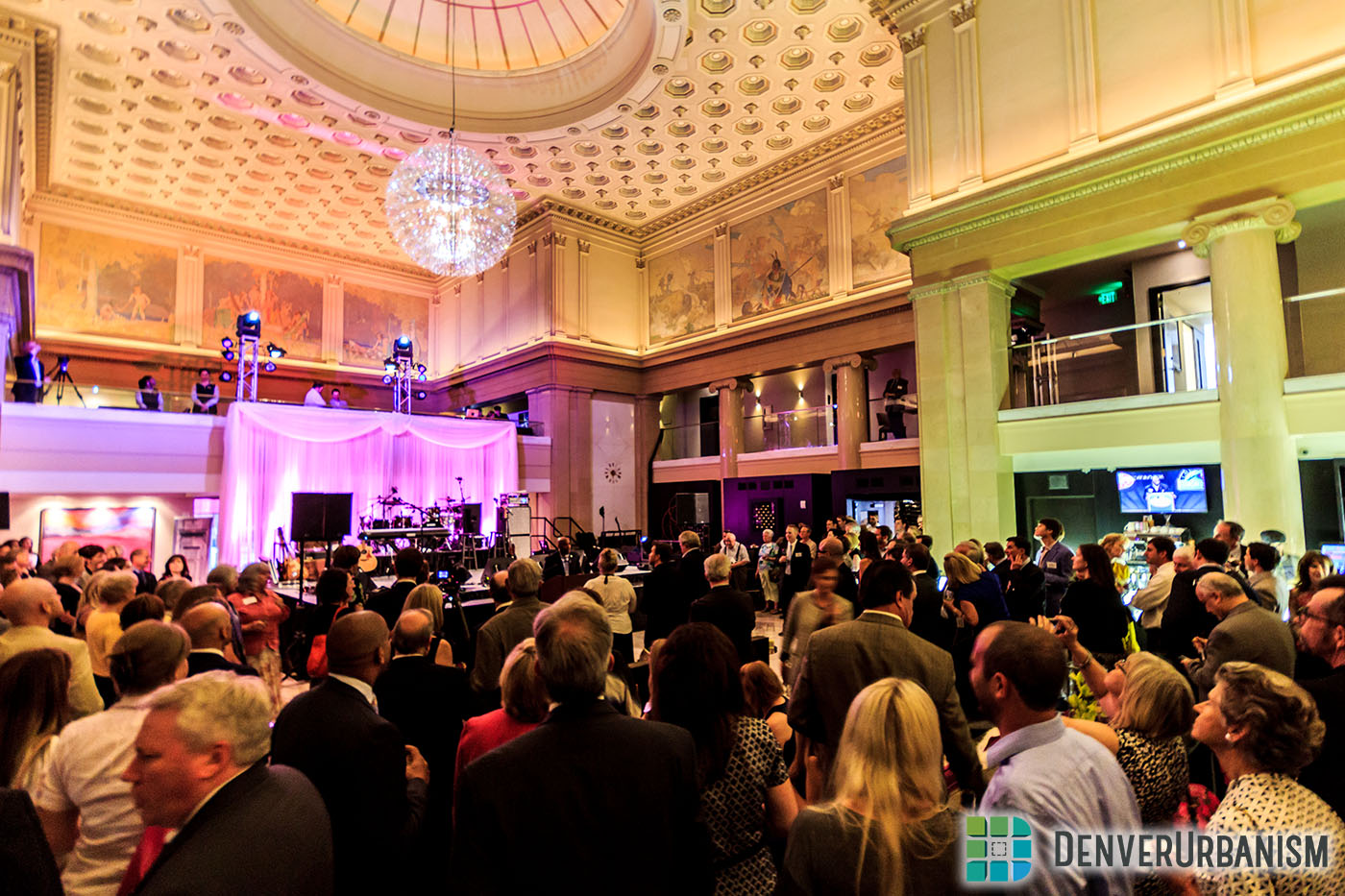 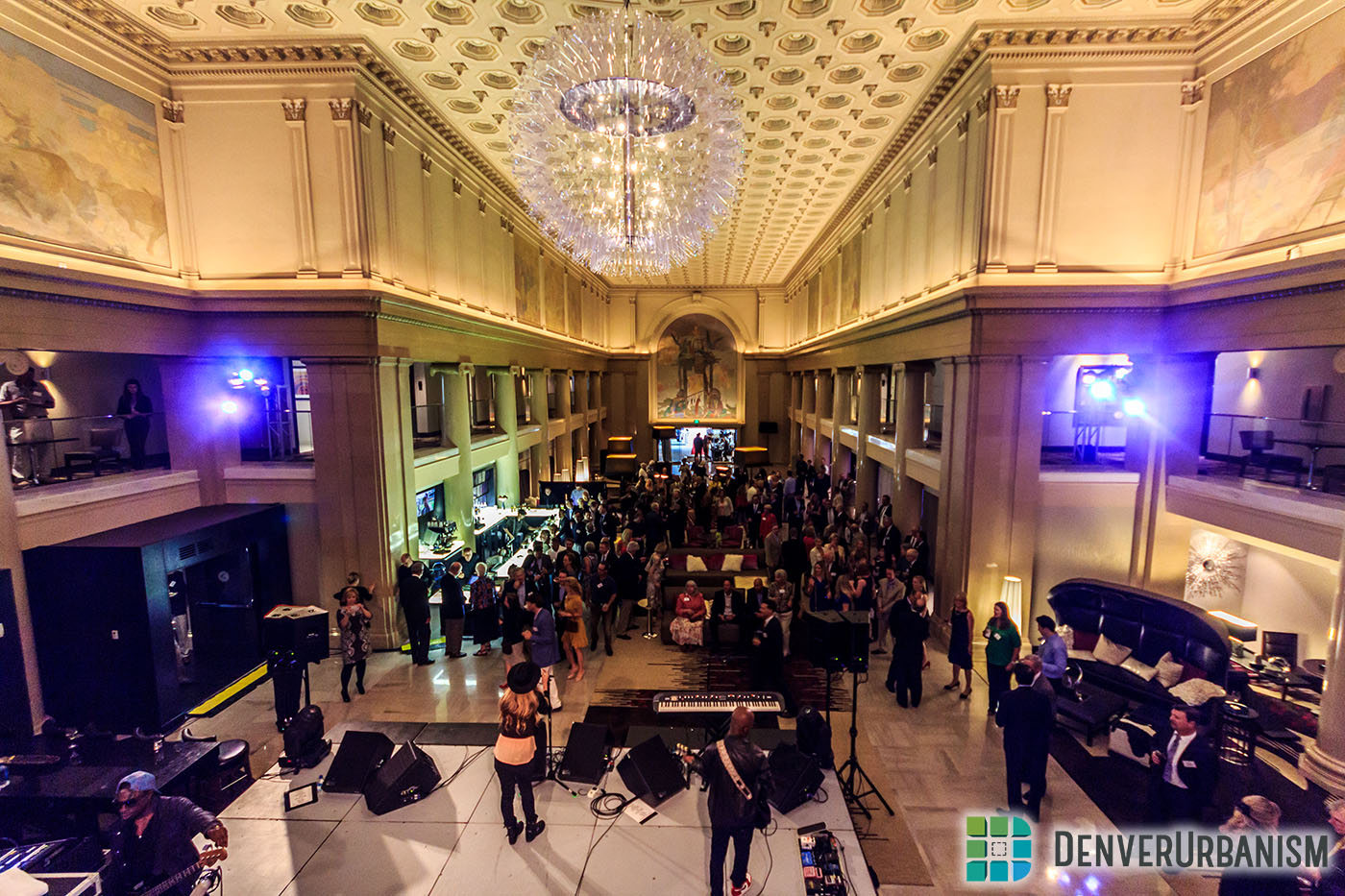 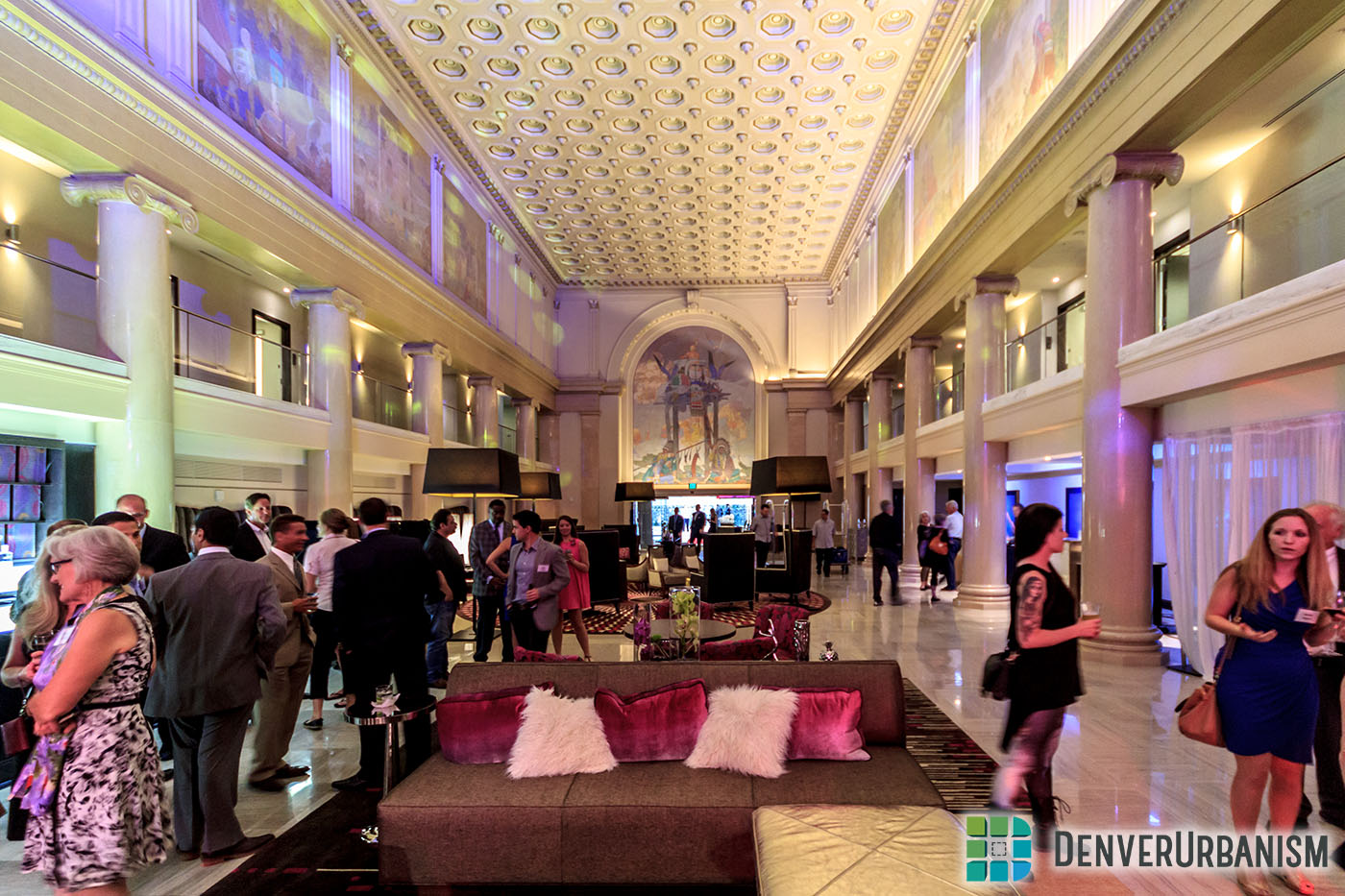 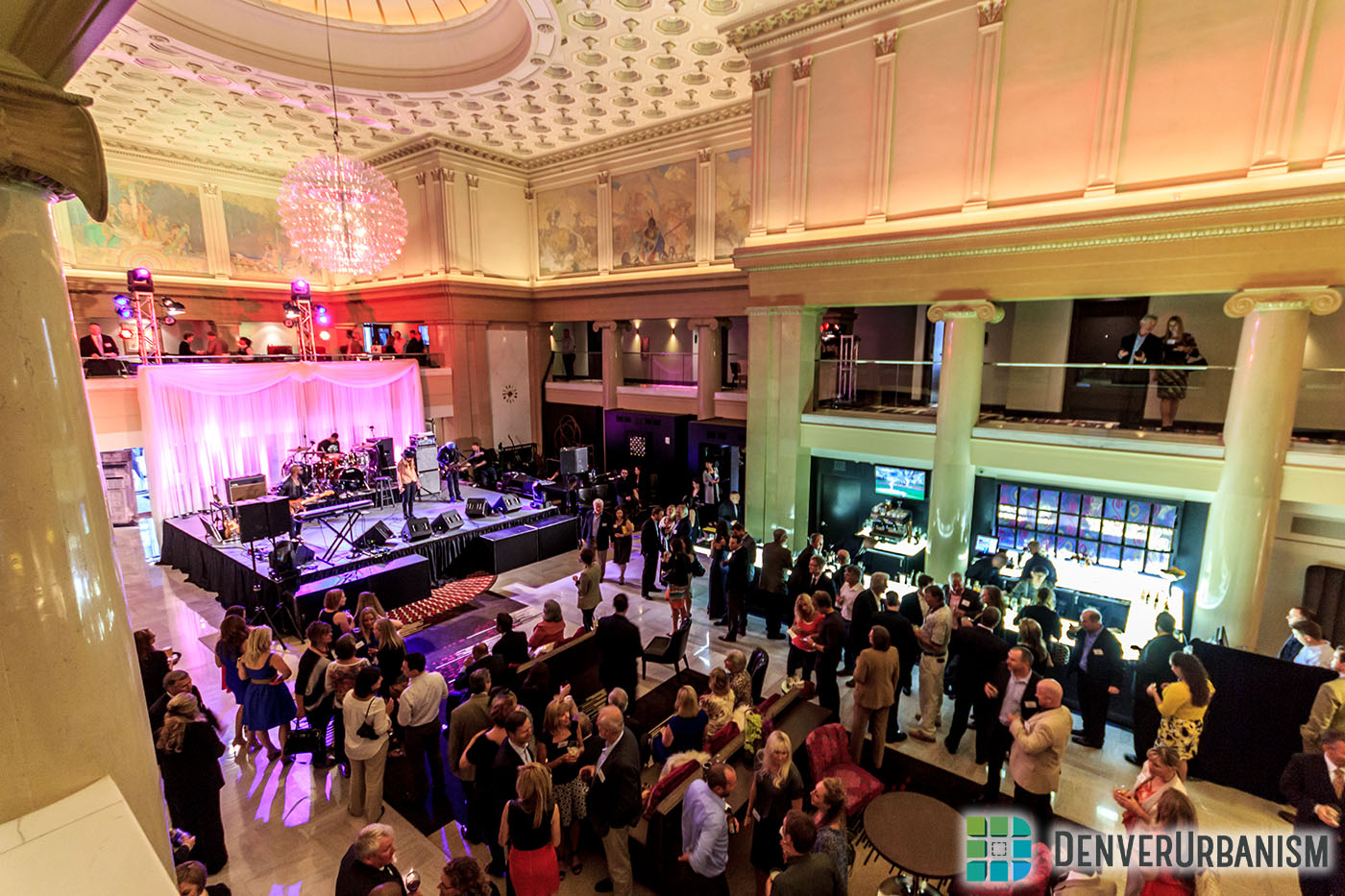 The mezzanine level is accessible with hotel rooms lining the entire length of the hallways. 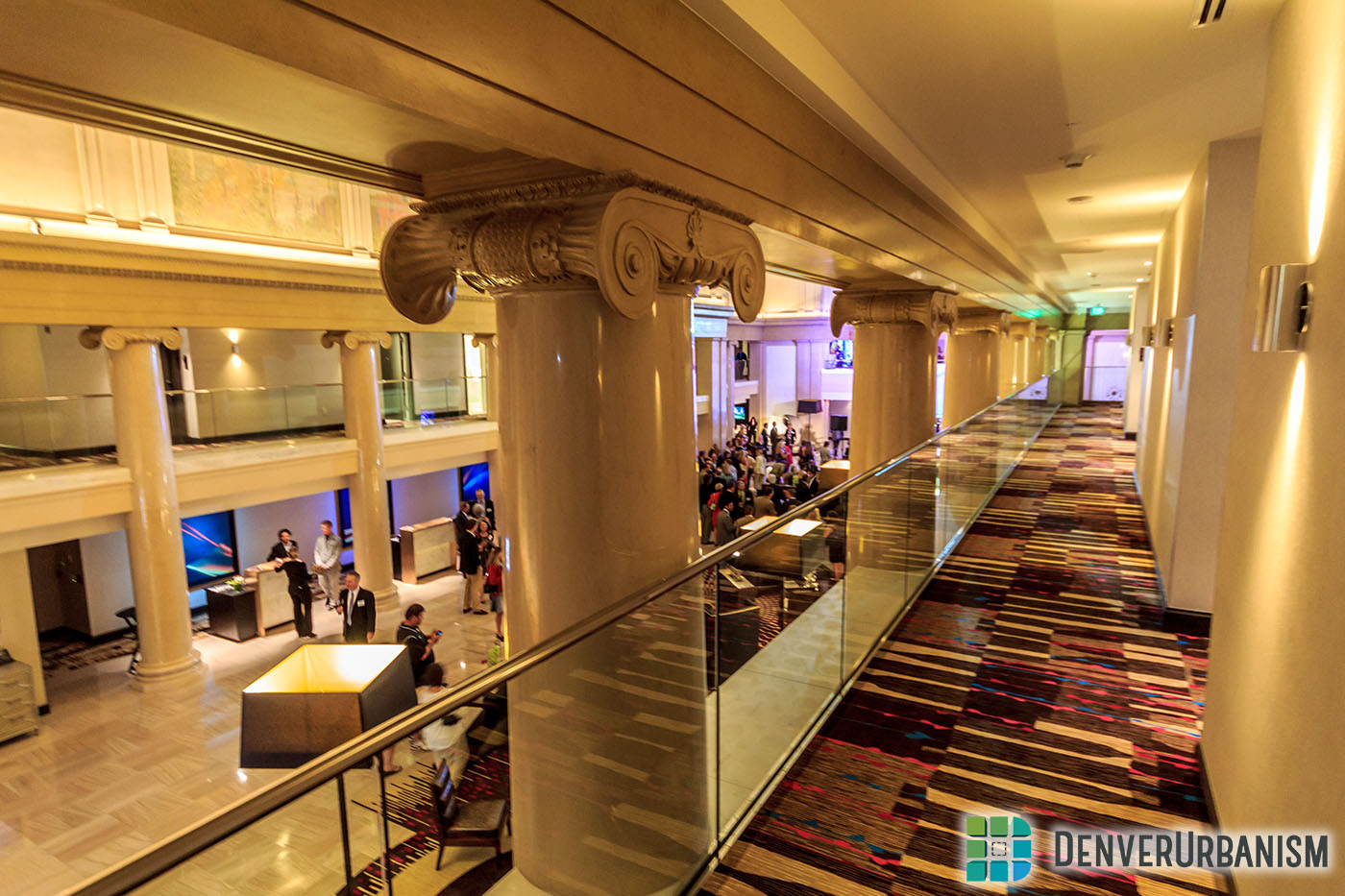 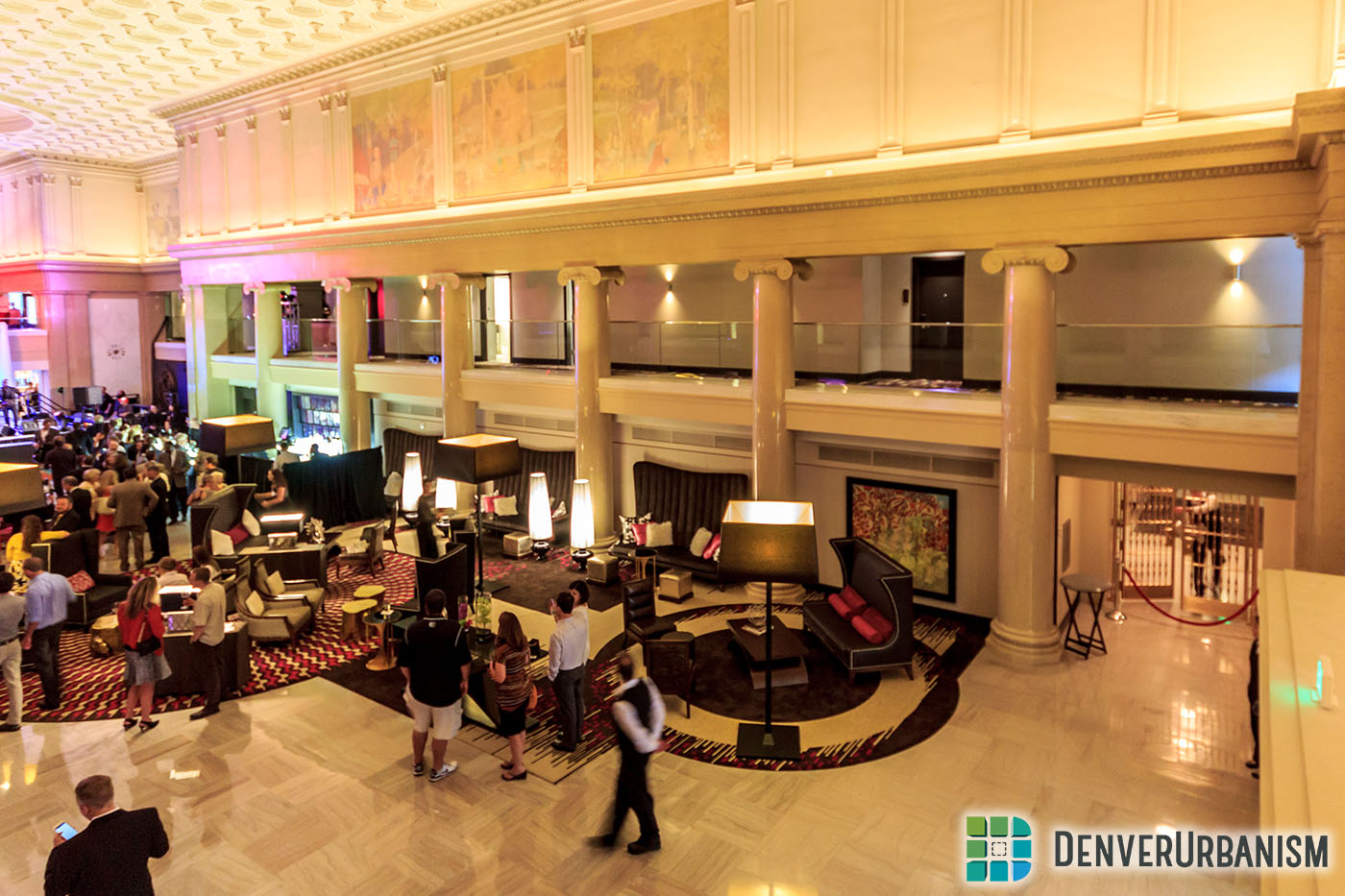 The hotel rooms have various floor plans, ranging from small studios to multi-room suites. Each room has a modern style finish with either hardwood or carpet flooring. 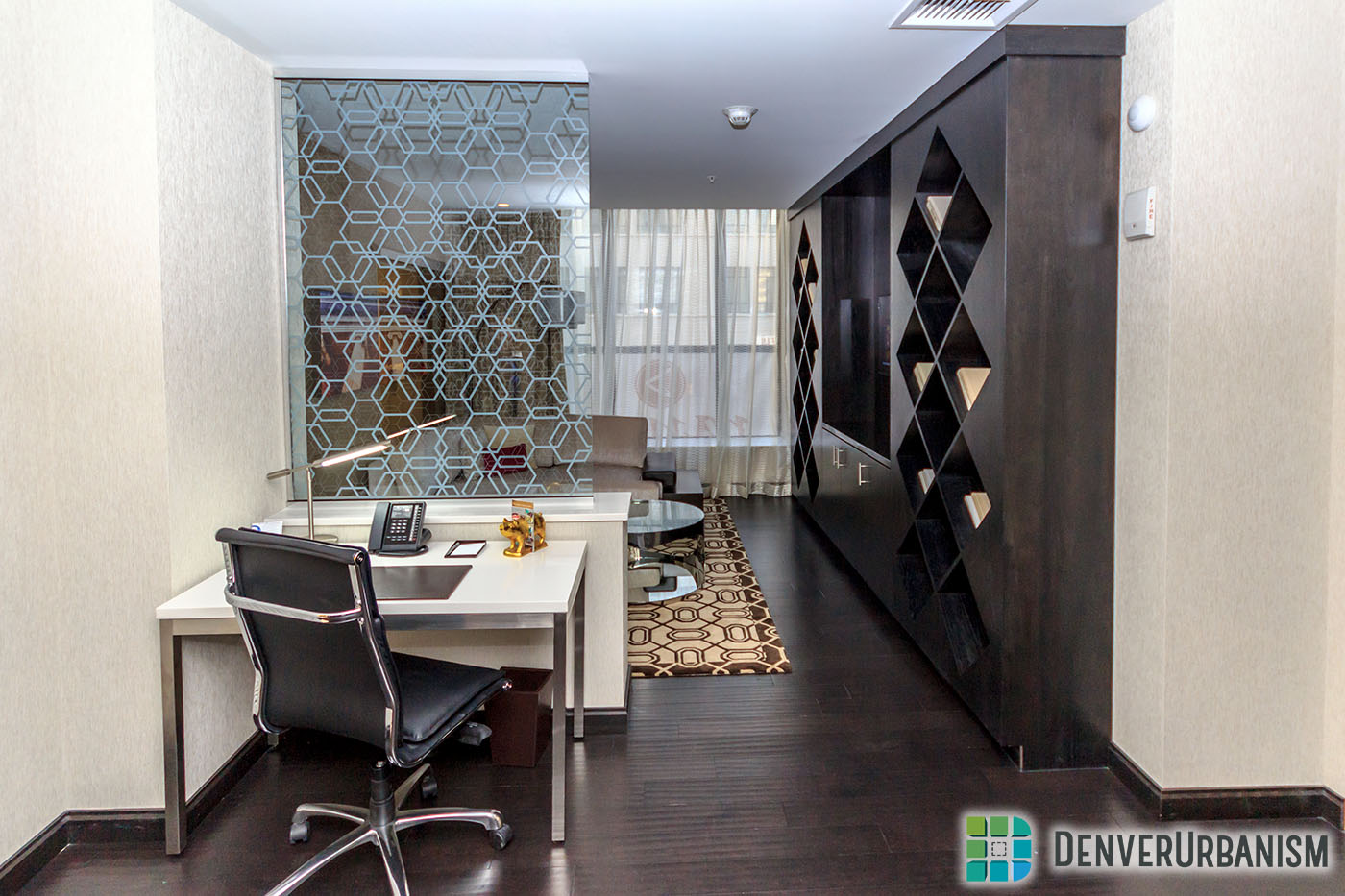 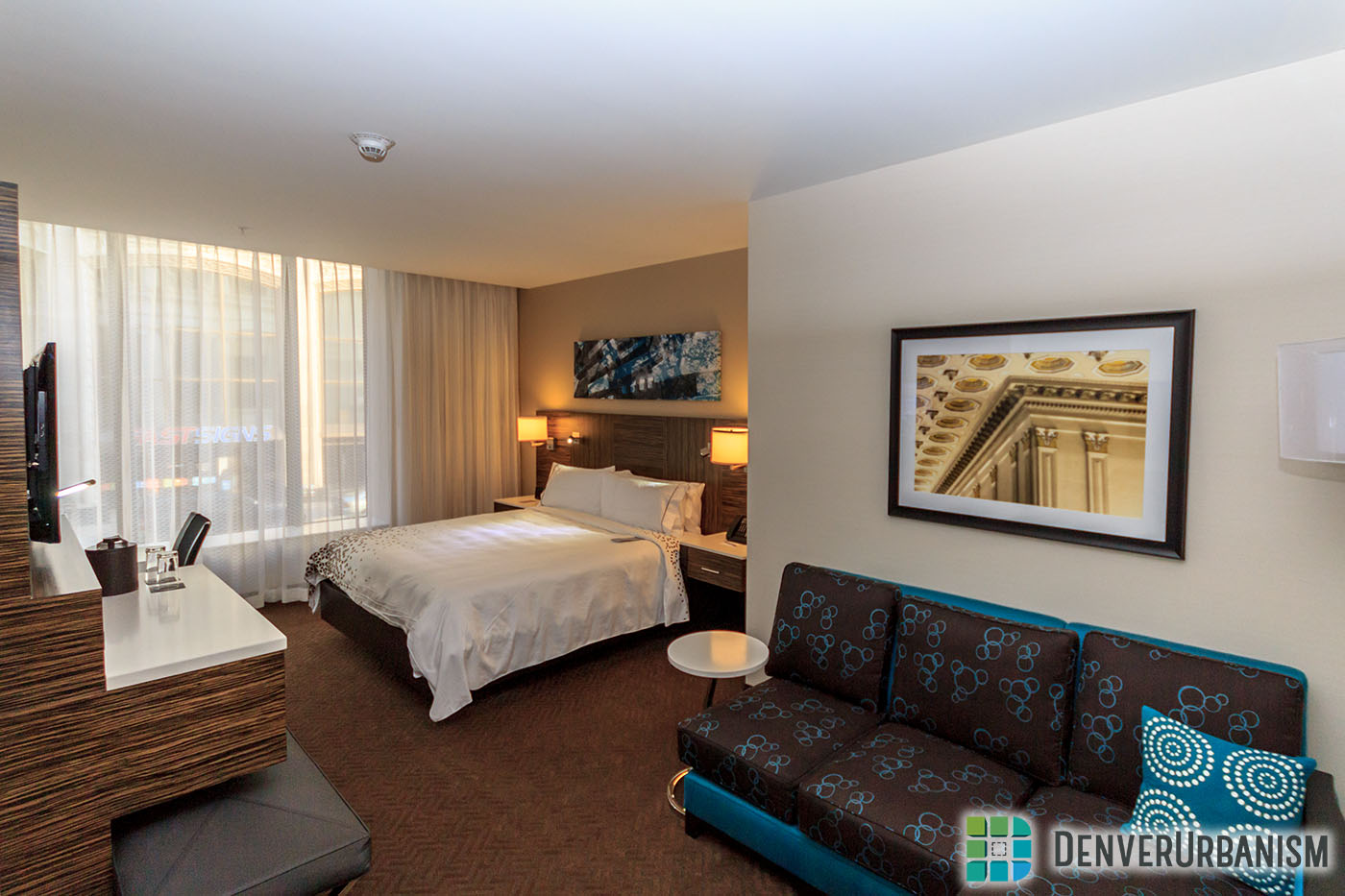 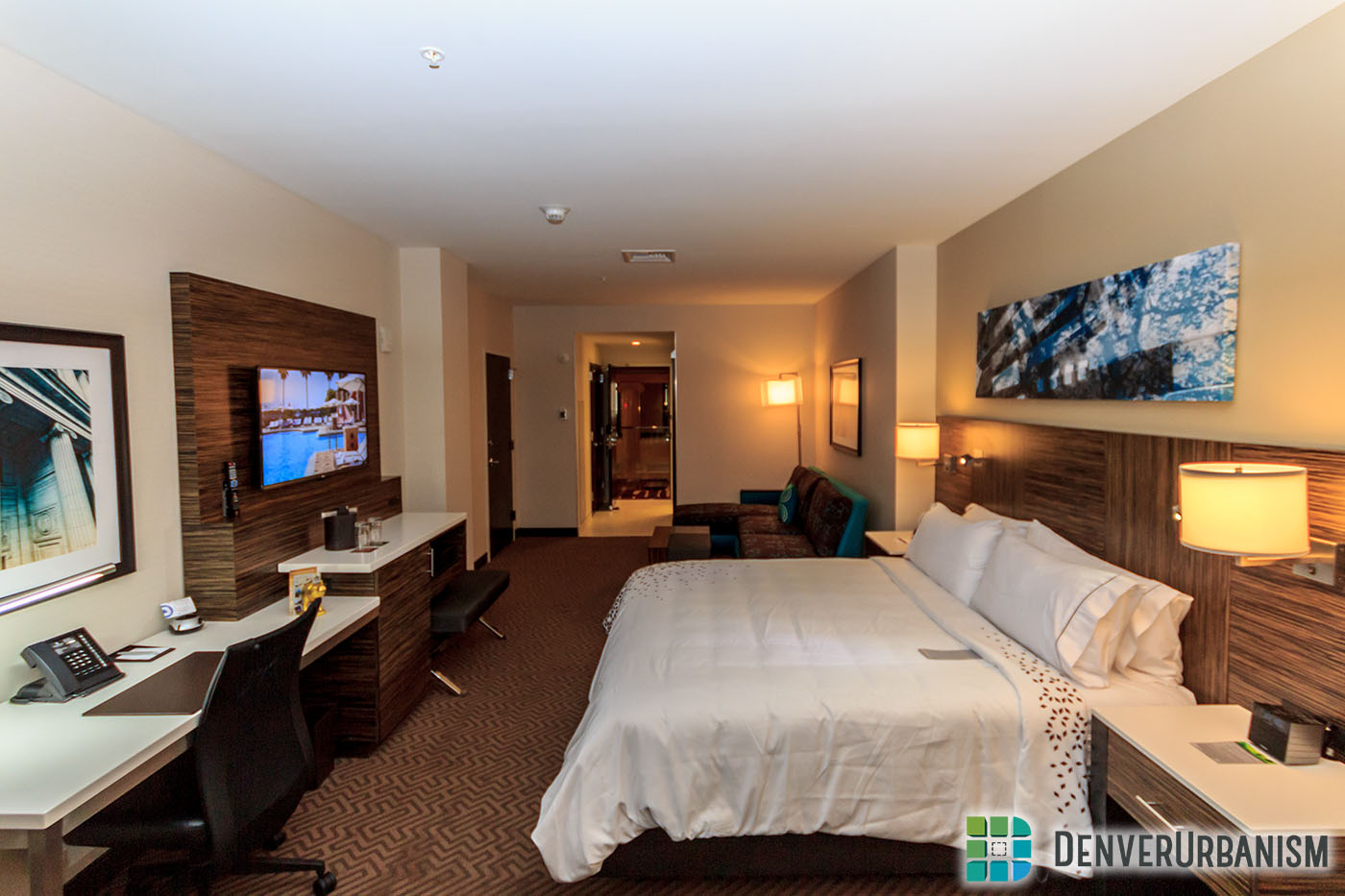 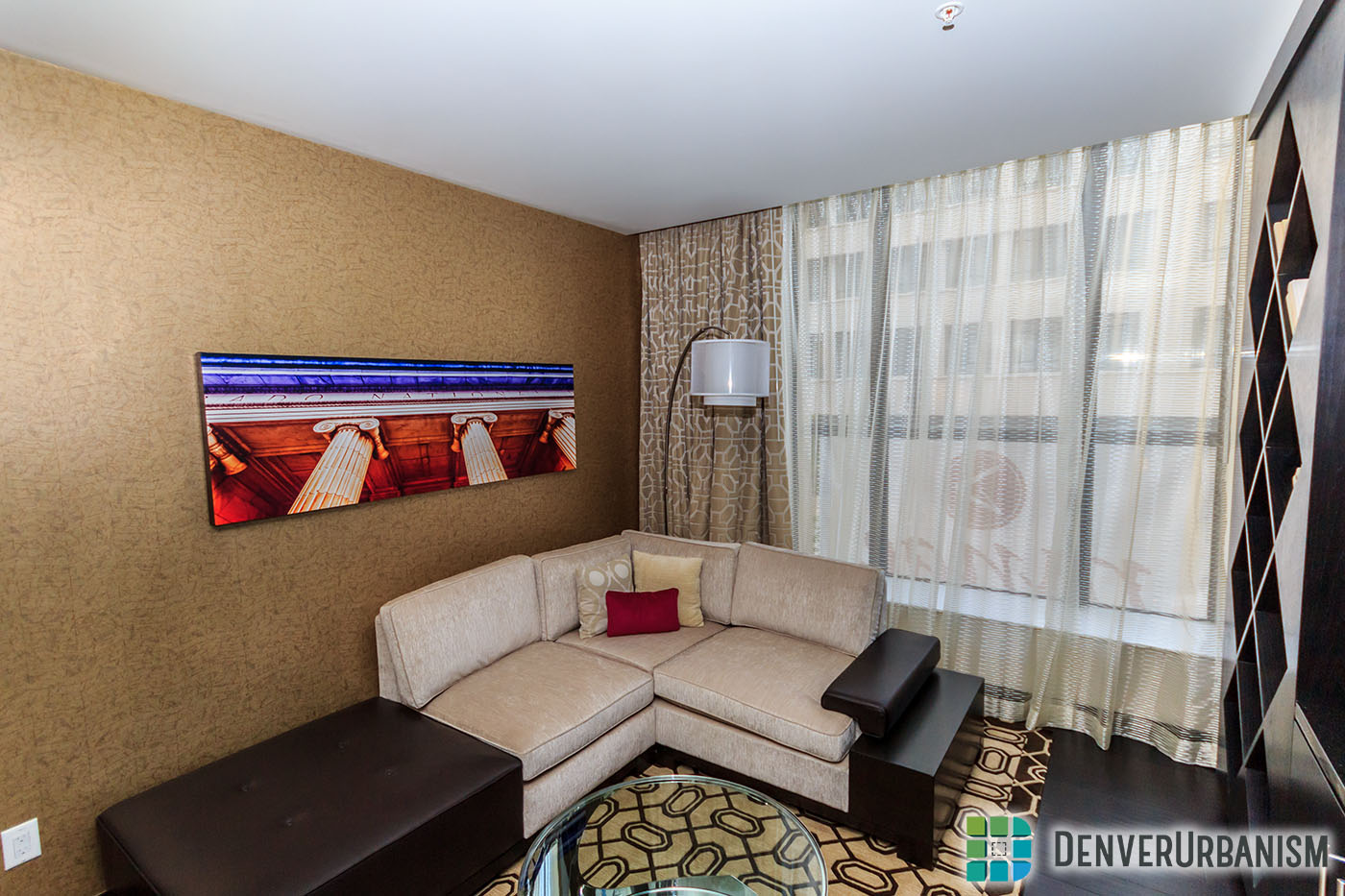 Throughout the main floor and lower level, there is ample, not to mention comfortable, seating for all of the hotel guests. Since this is an old bank building, the vaults on both floors have been converted into conference rooms, my personal favorite feature of the whole project. Some of the vault rooms are very intimate while others are quite large and open. 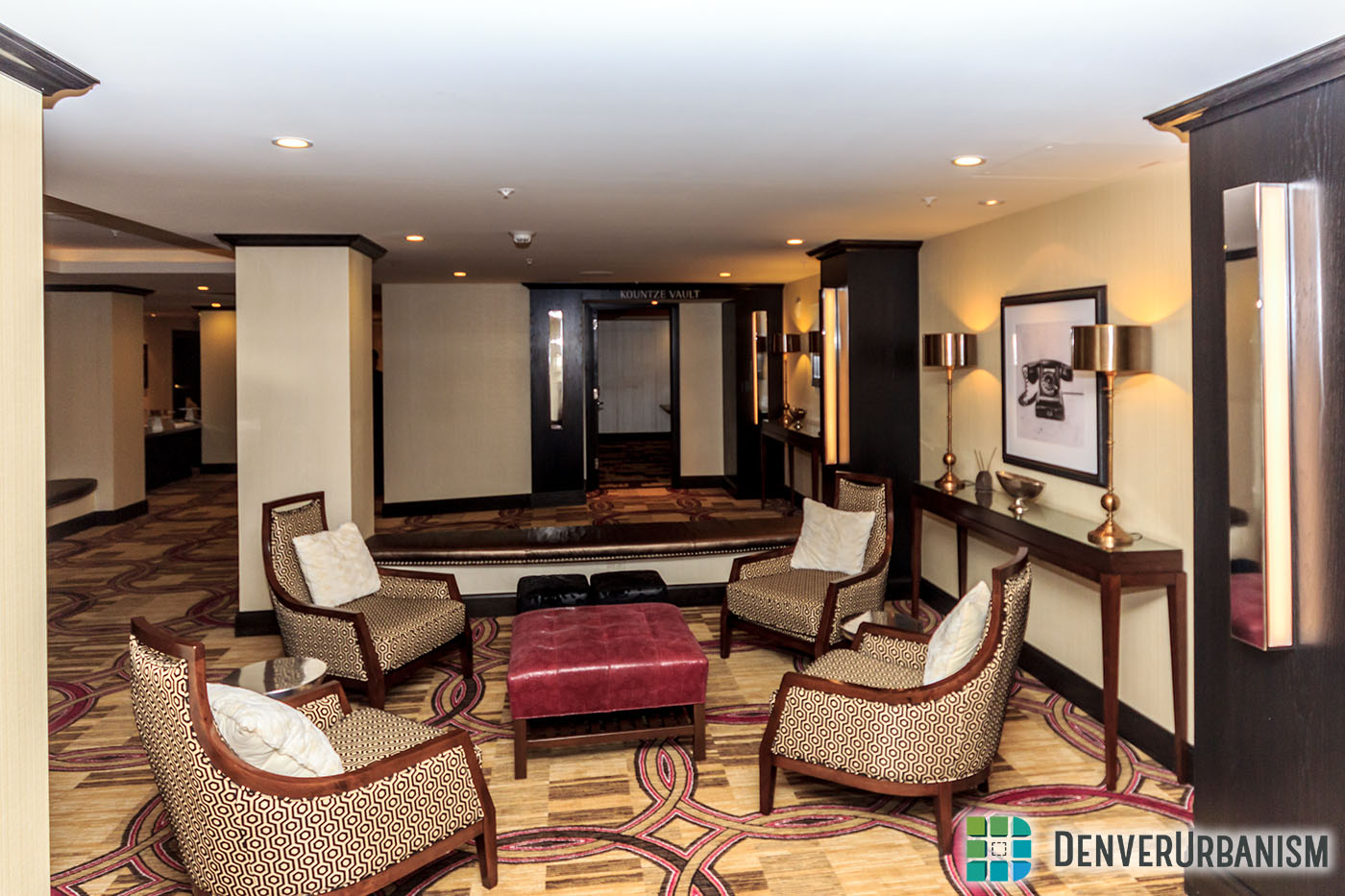 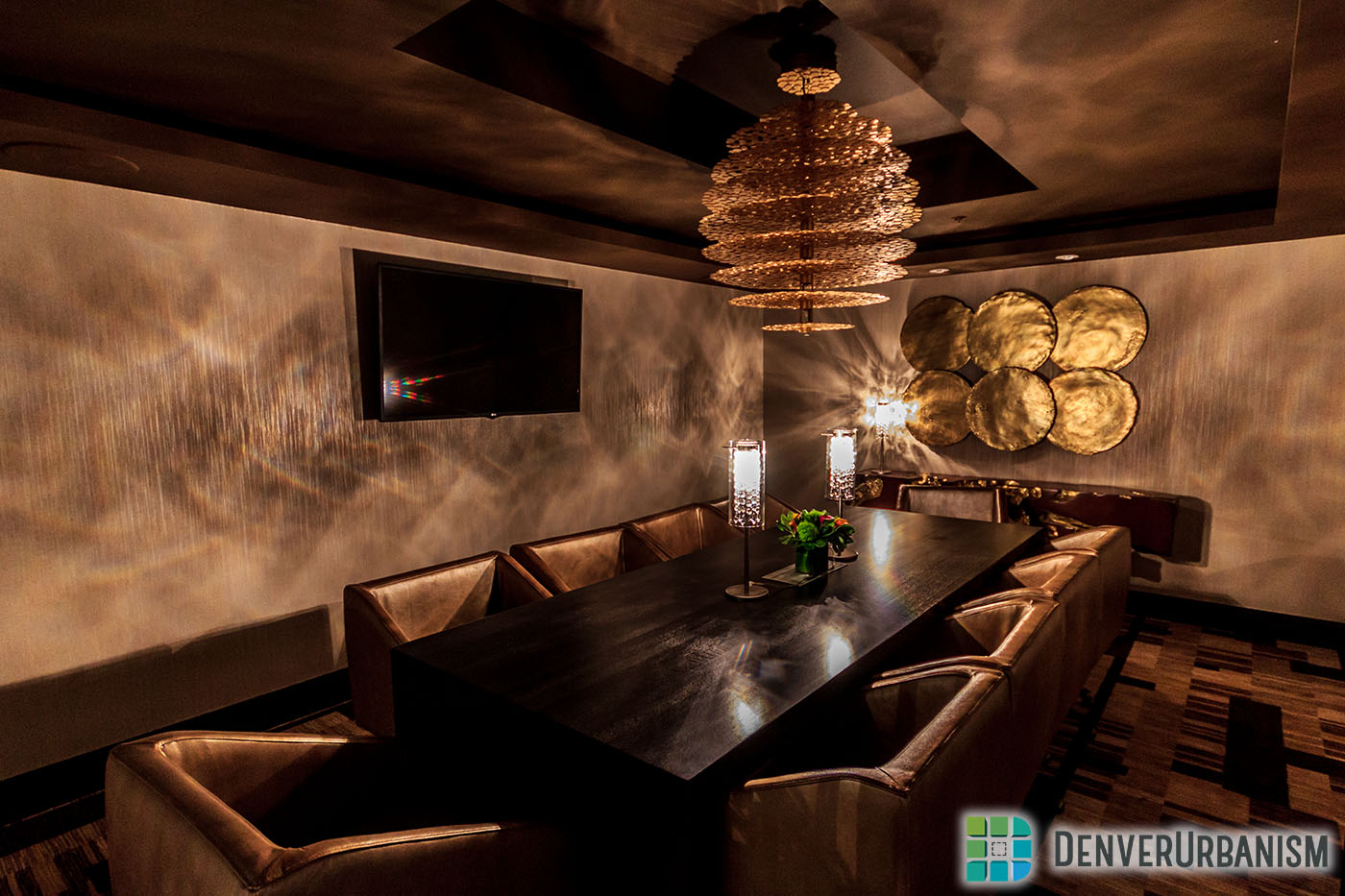 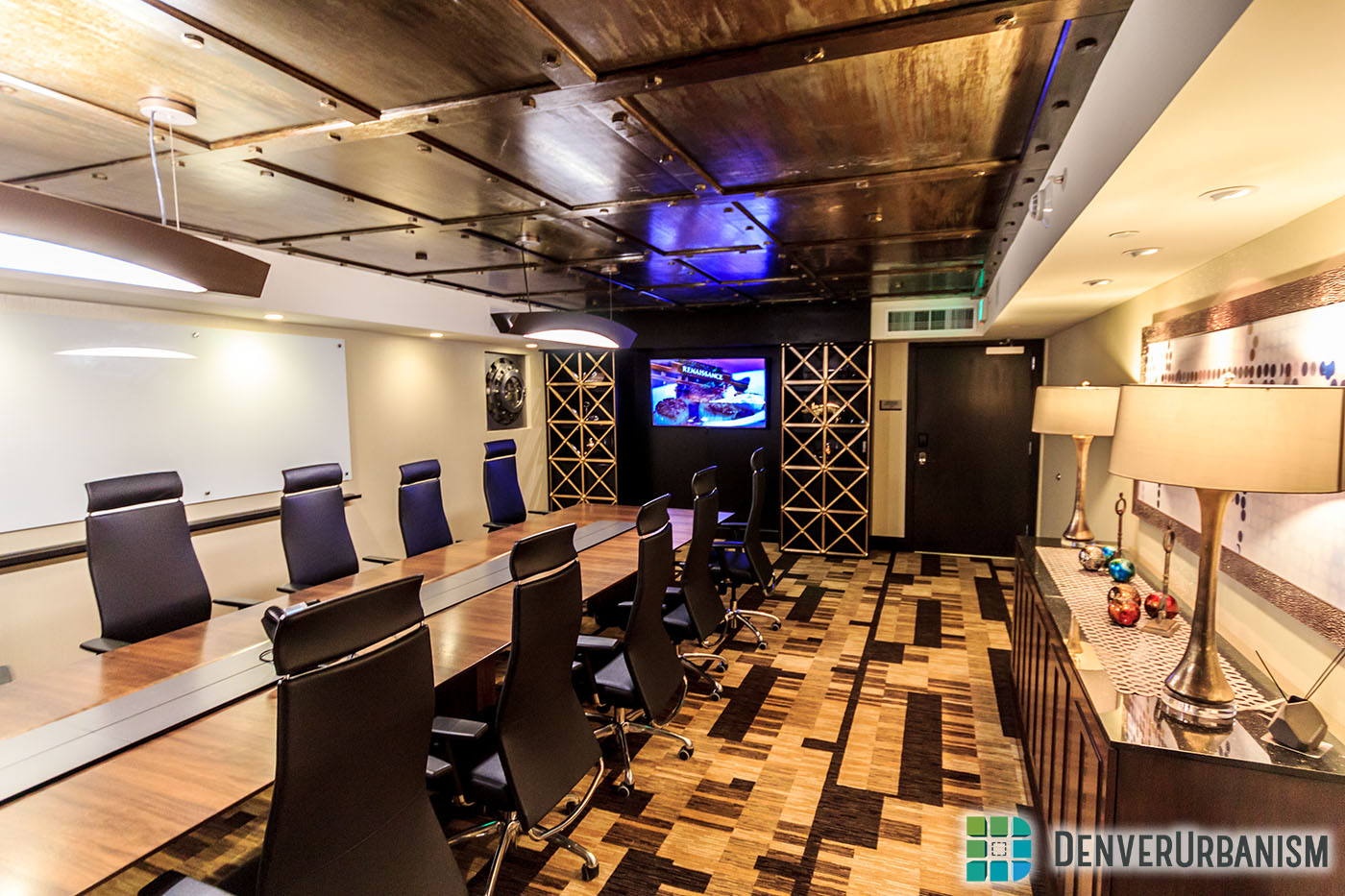 The hotel comes with a full fitness center on the lower level. Here’s a fun fact: anything to the right of the blue beams is under the sidewalk; the lower level extends just past the property line along Champa Street! 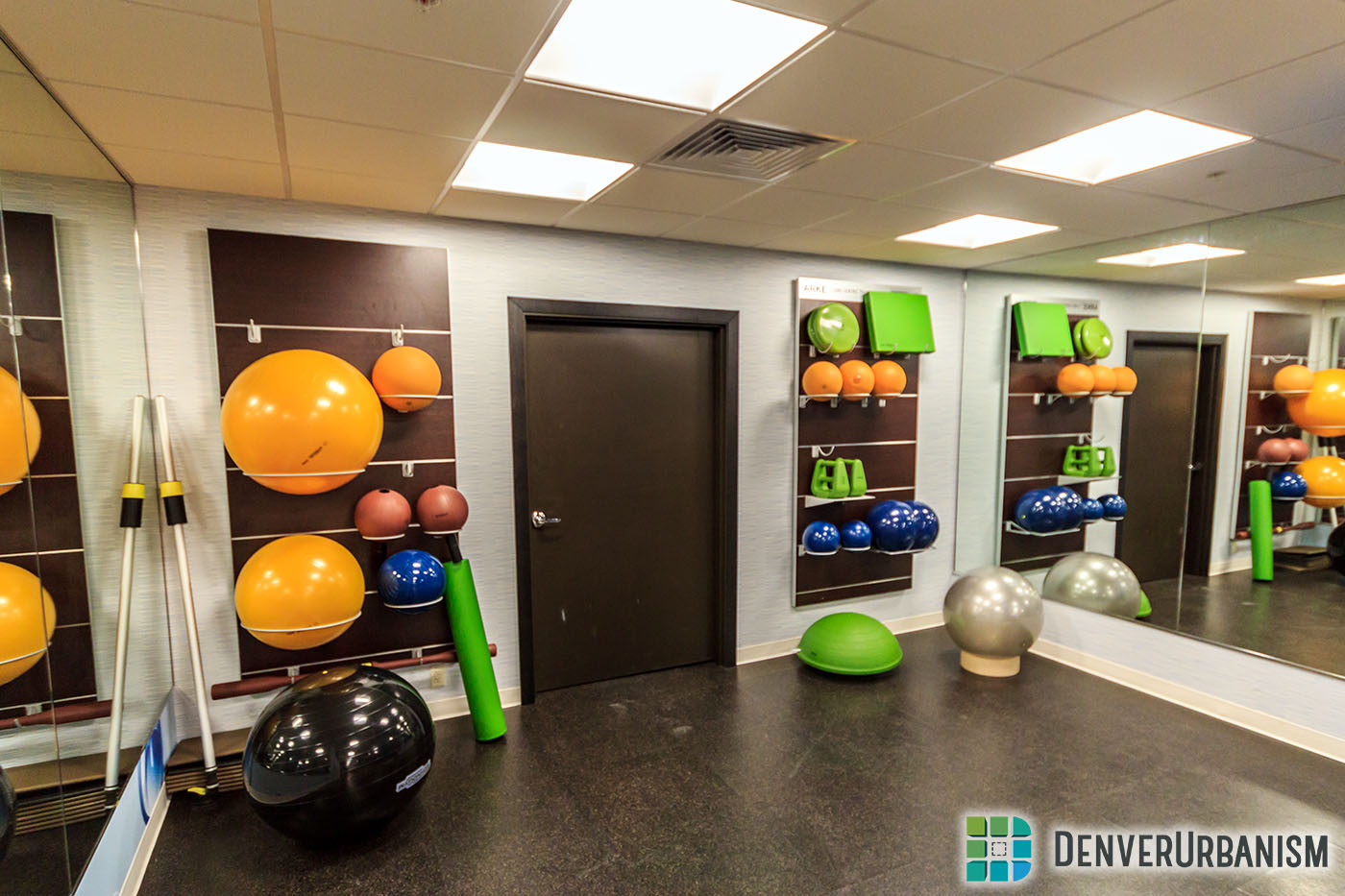 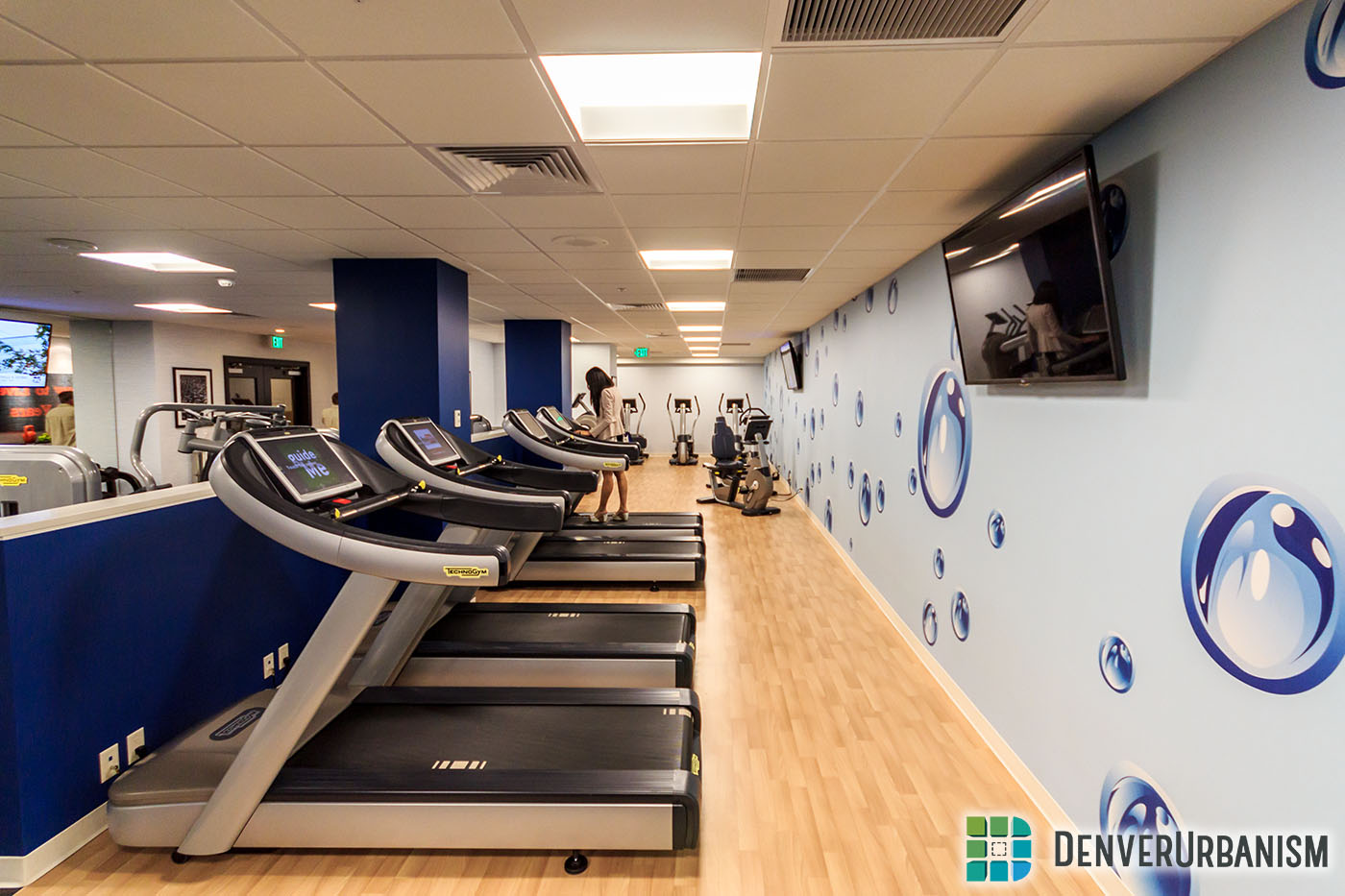 Last but not least, the hotel features a full restaurant and bar on the lobby level. 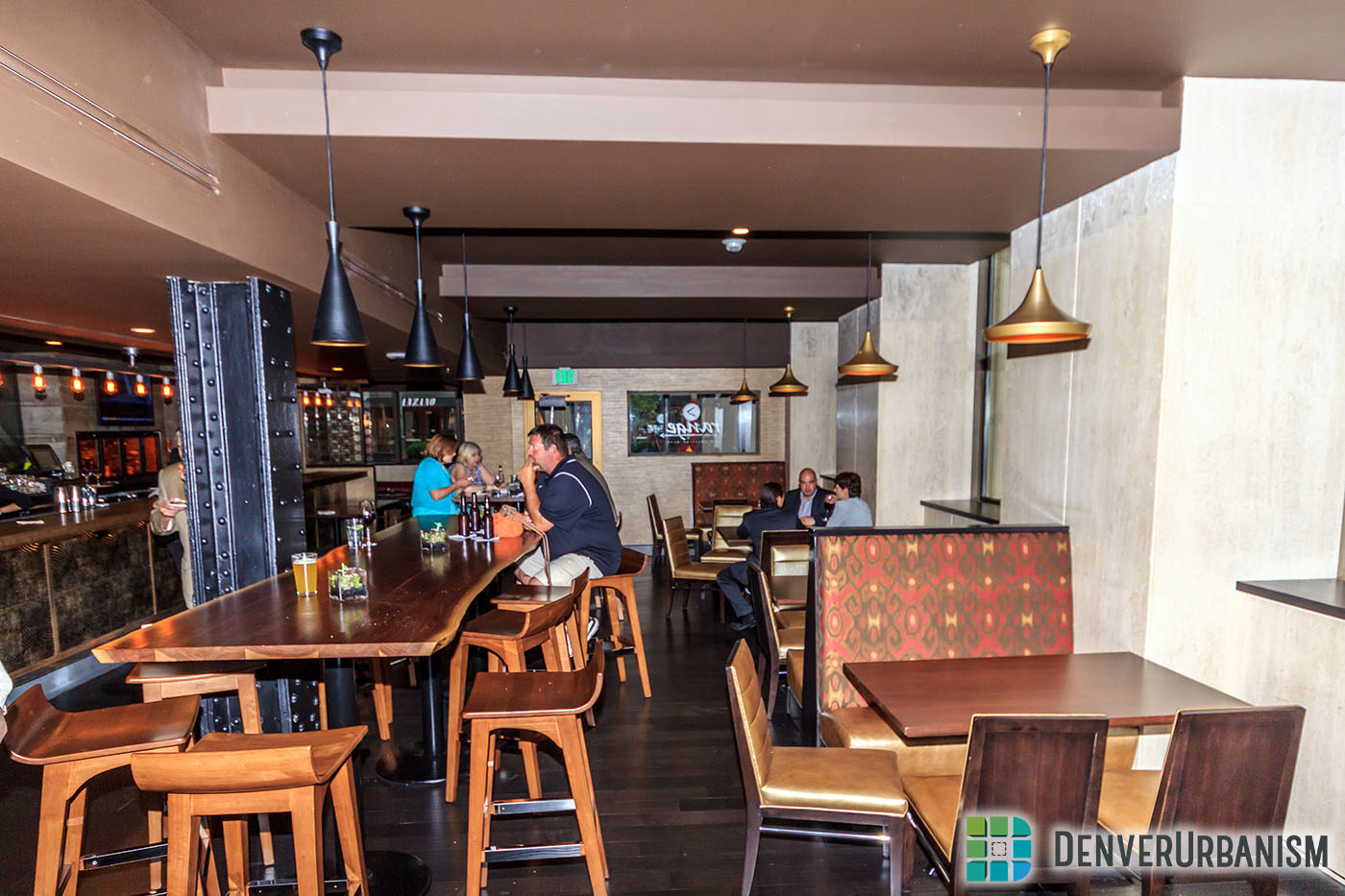 The outcome of this conversion is incredible and we couldn’t have asked for anything better! Coming up next, additional grand opening coverage and a final look at the exterior of the building!