A Call to Action: Pedestrian Advocacy on the Move

WalkDenver is working to make Denver the most walkable city in the nation, and recently launched a petition calling on our City officials to take two actions:

Form a Pedestrian Advisory Committee whose role will be to advise city officials, city agencies, and the office of the Mayor on policies, procedures, and infrastructure improvements needed to make Denver a great city for walking.

Establish Denver Moves Pedestrians, a parallel implementation plan to the bicycle-focused Denver Moves plan, so that the City has a clear path forward for improving the pedestrian environment in Denver.

These actions will build on the momentum created by two important milestones in Denver’s pedestrian advocacy movement: In April, Denver was nationally recognized with a “Gold” Walk Friendly Community designation, and in May, Kaiser Permanente awarded WalkDenver a substantial grant to support the organization’s grassroots advocacy work.

Walk Friendly Communities is a national program that recognizes communities working to improve walkability and pedestrian safety. WalkDenver’s dedicated volunteers collaborated with City’s agencies to prepare an extensive application focused on assessing Denver’s current transportation and land use policies.  This effort paid off when Denver received the Gold designation, one of just 13 cities that has achieved this status. 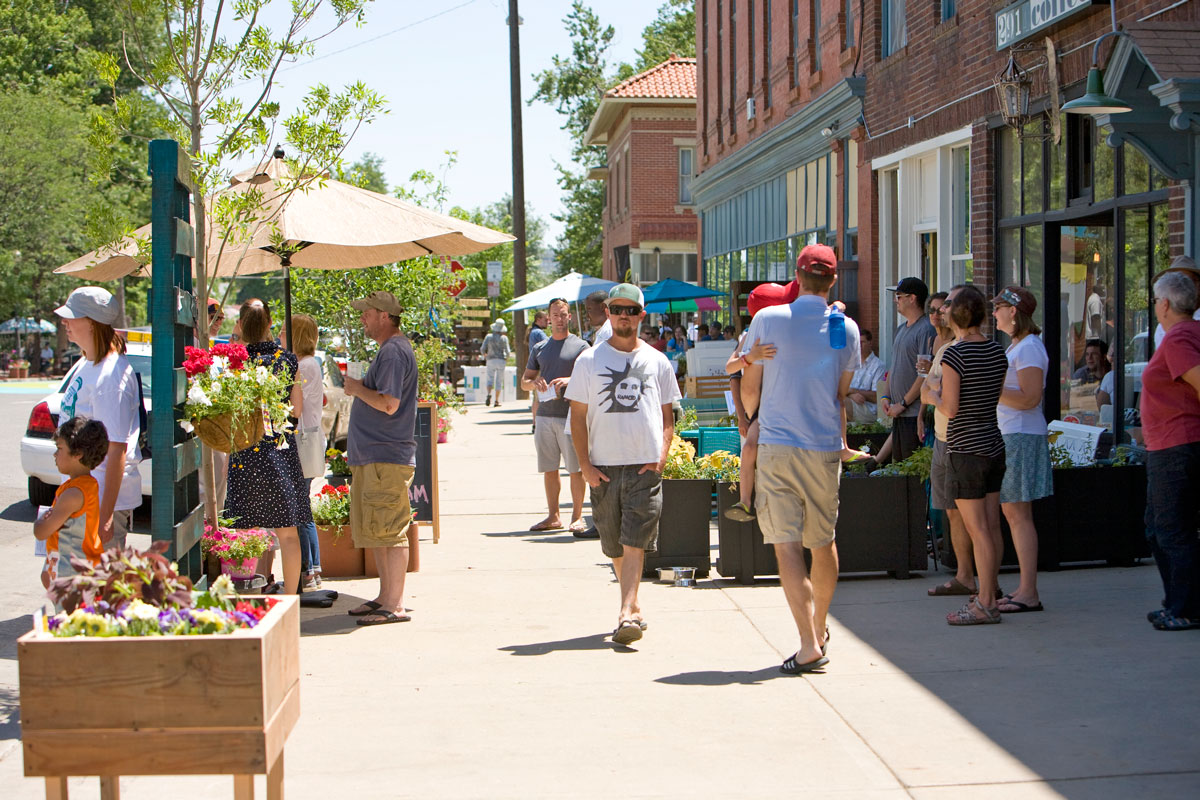 While the Gold designation signals that Denver is on the right track, the City still has work to do. The website WalkScore.com ranks Denver as the 17th most walkable large city in the U.S., behind other western cities such as  Los Angeles, Seattle, and San Francisco. The Alliance for Biking & Walking 2014 Benchmarking report ranks Denver 36th out of 52 large metro areas on per capita spending on pedestrian and bicycle projects. Similarly, a recent report on walkable urbanism from LOCUS ranked Denver 14th out of 30 metropolitan areas.

Now with a major grant from Kaiser Permanente, WalkDenver has grown from a primarily volunteer-based organization to a professionally-staffed advocacy group, and is poised to make significant progress toward improving the pedestrian environment in Denver. In addition to collecting petition signatures, WalkDenver is also gathering letters of support from partner organizations, as well as seeking individual and corporate sponsors for both its advocacy work and additional Better Block events.

A version of this post also appeared on WalkDenver’s blog at http://www.walkdenver.org/a-call-to-action-pedestrian-advocacy-on-the-move/