Today, we are going to check out a neat adaptive reuse project, named Alchemy, taking place in the Speer neighborhood, mid-block between Bayaud and Ellsworth Avenues along Logan Street to be exact. What used to be a Red Owl Grocery Store, and then ‘The Kitchen Gallery & Showroom’, a 12,000 square foot building, built in 1941, is converting into a co-working space, similar to Galvanize.

In addition to the building conversion, a 46-unit apartment building will be built on the former parking lot next door. Here is a rendering showing both the apartment and office building. 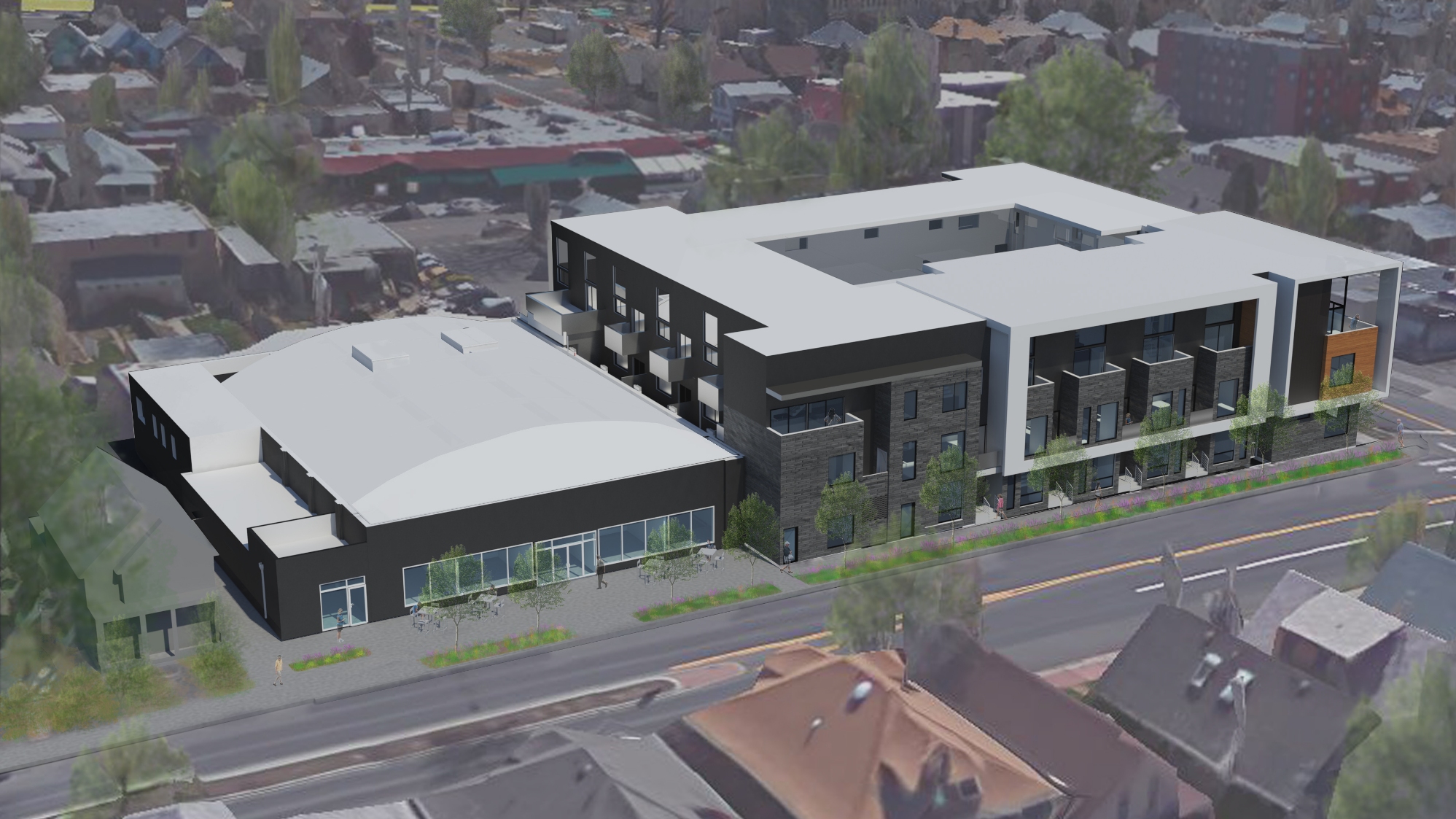 Below are two renderings of the co-working space. As you can see, there will be two levels. The first level will feature a common area, where desks and chairs can be used, a kitchen, and office storefronts that will face Logan Street.

The second level will hold the private offices as you can see in the rendering below.

Thanks to Jodi Kopke, and Chelsea Strickland, of Alchemy, DenverUrbanism was able to get an inside look. Judging by the renderings, it appears there is some finishing work still to be done to the ceiling. 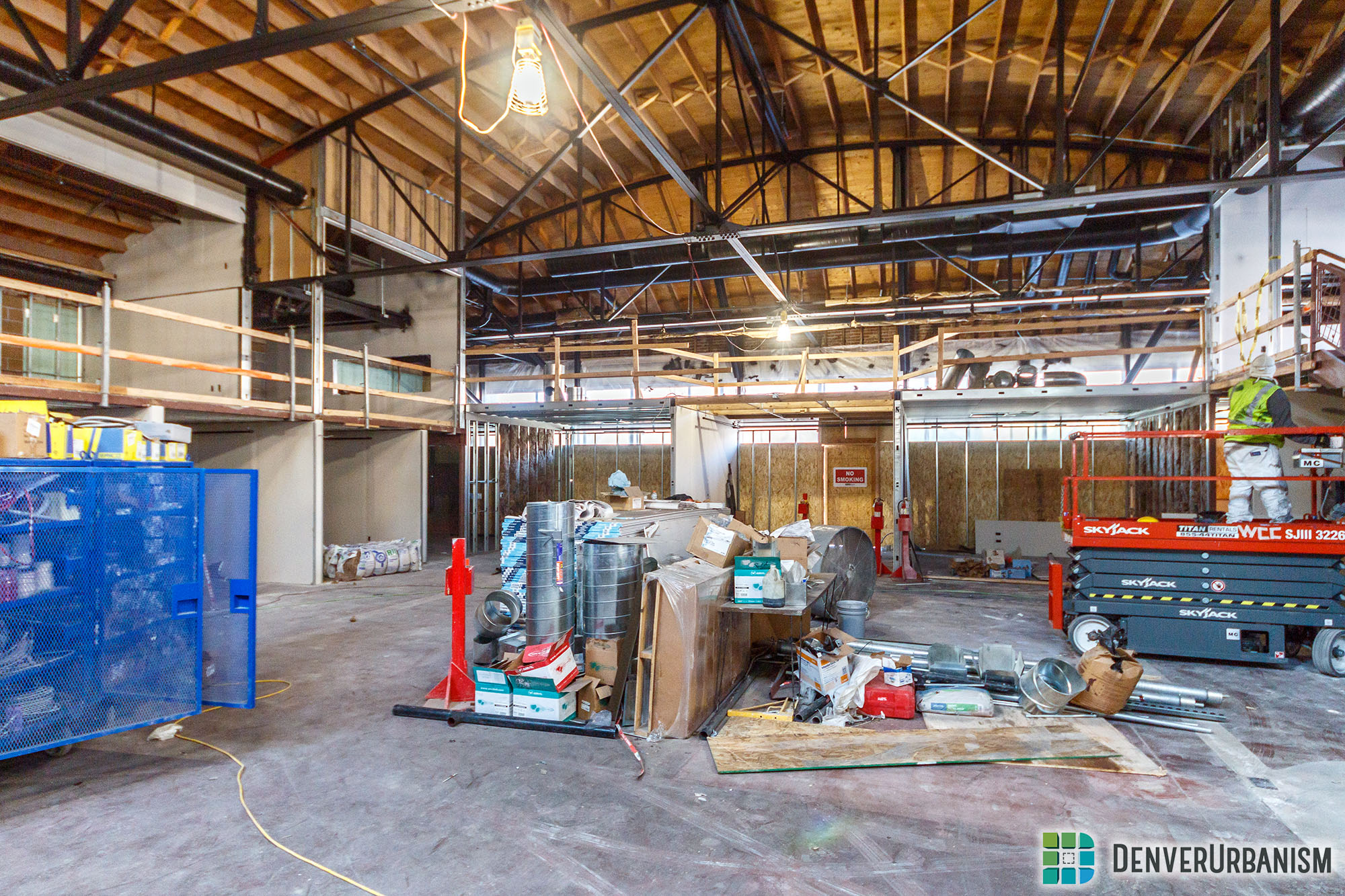 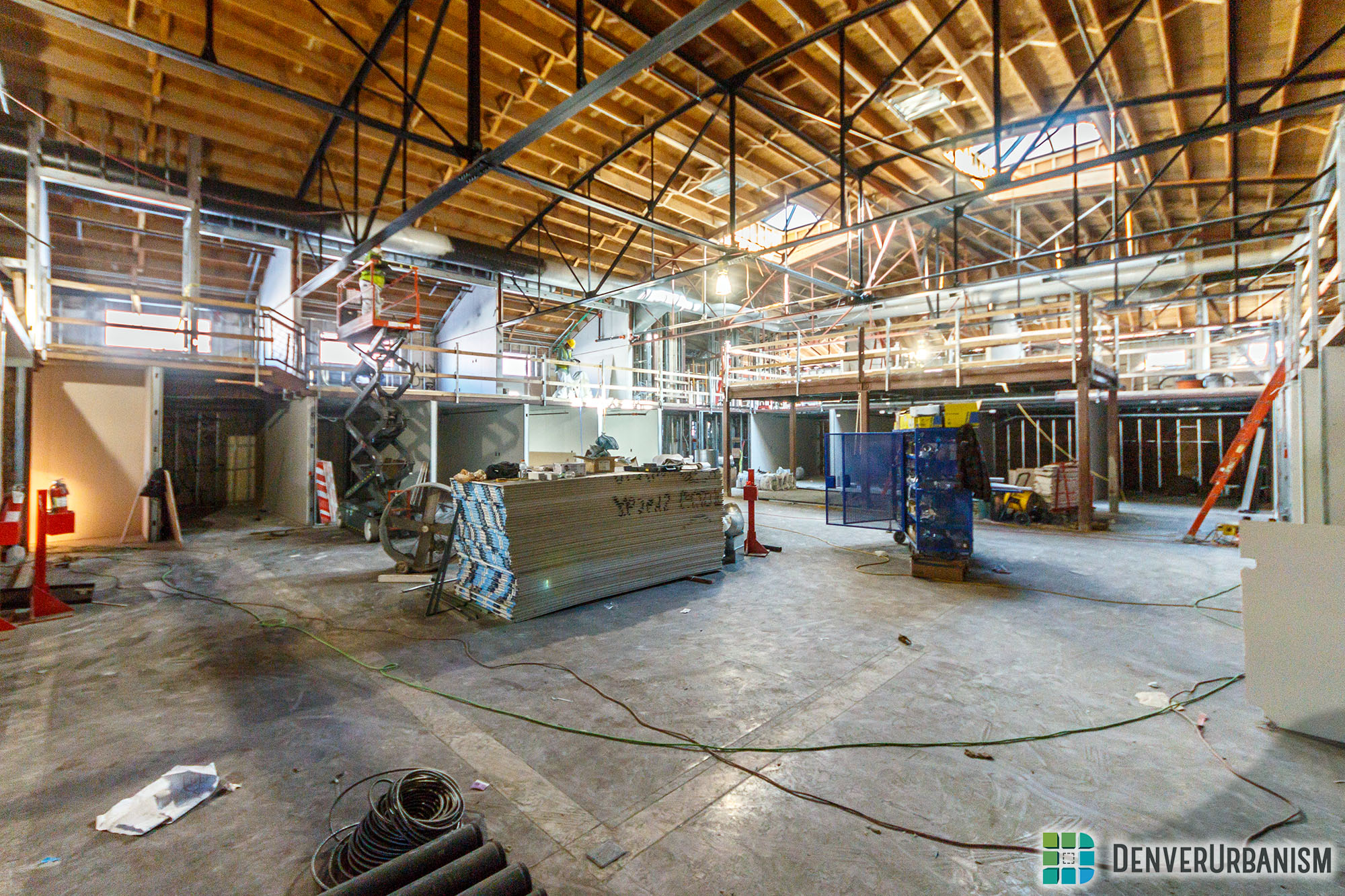 Here are two more photos of the interior space. 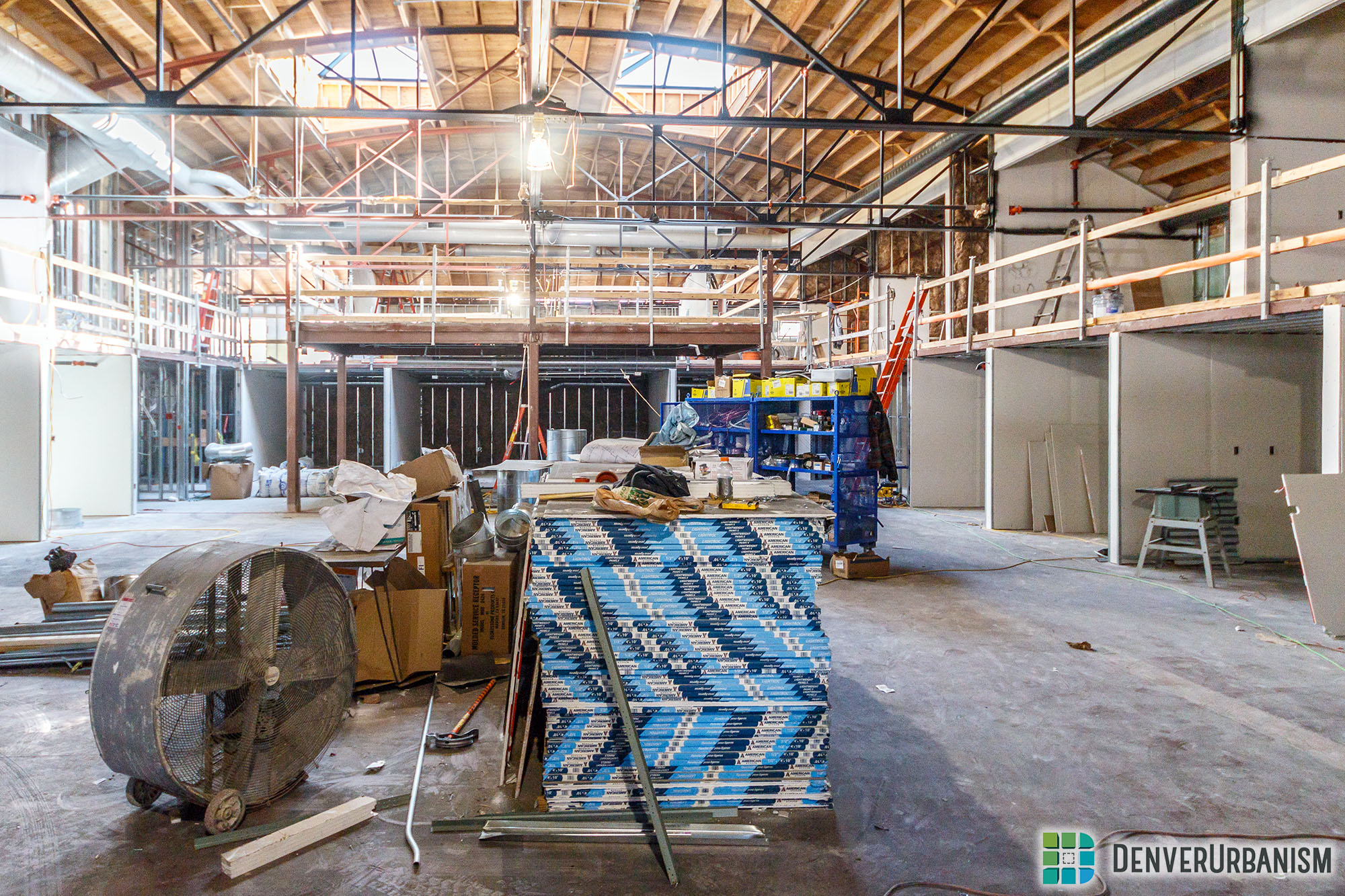 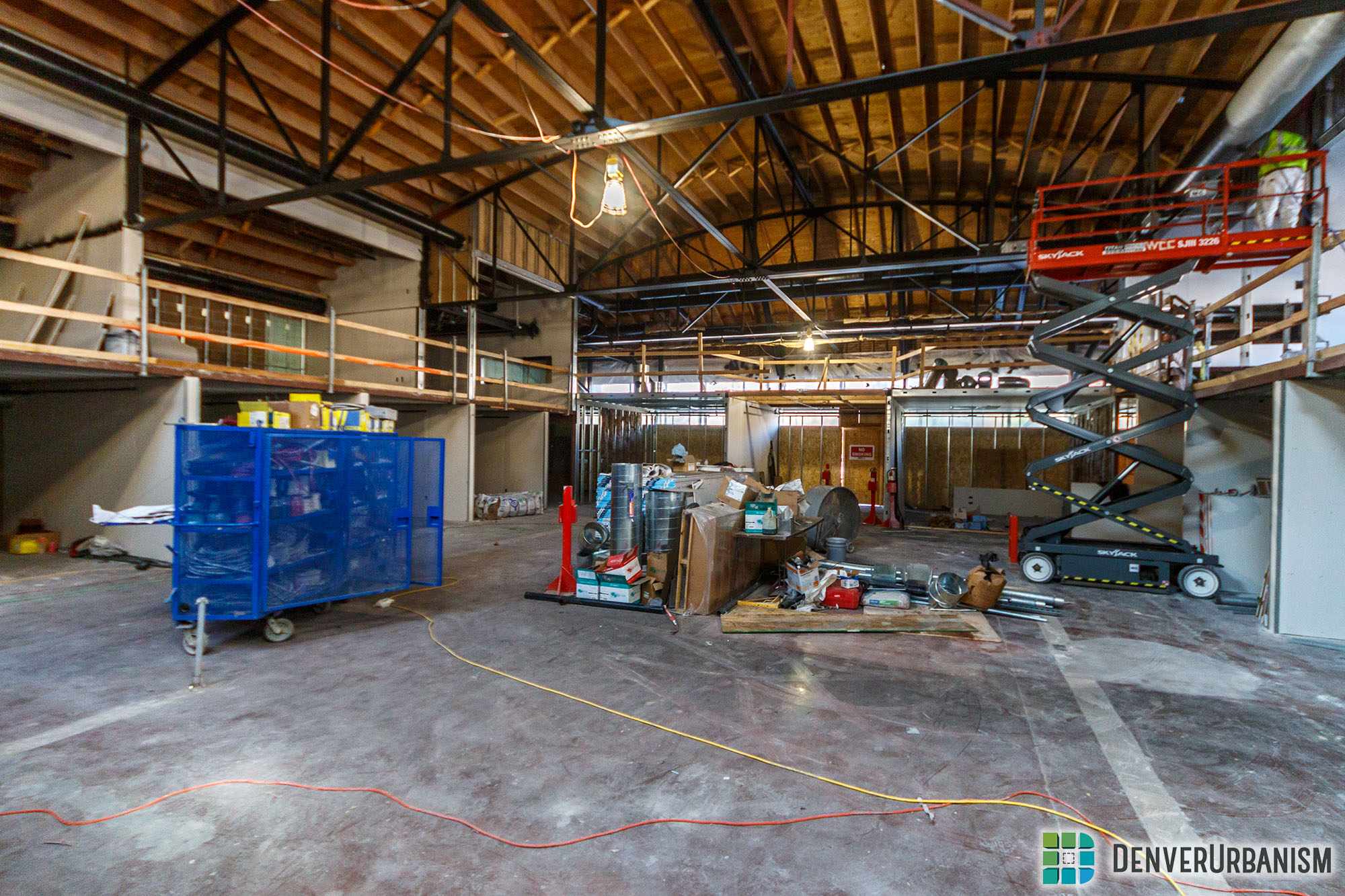 Here we see what will be the kitchen and the storefront spaces that will face Logan Street. 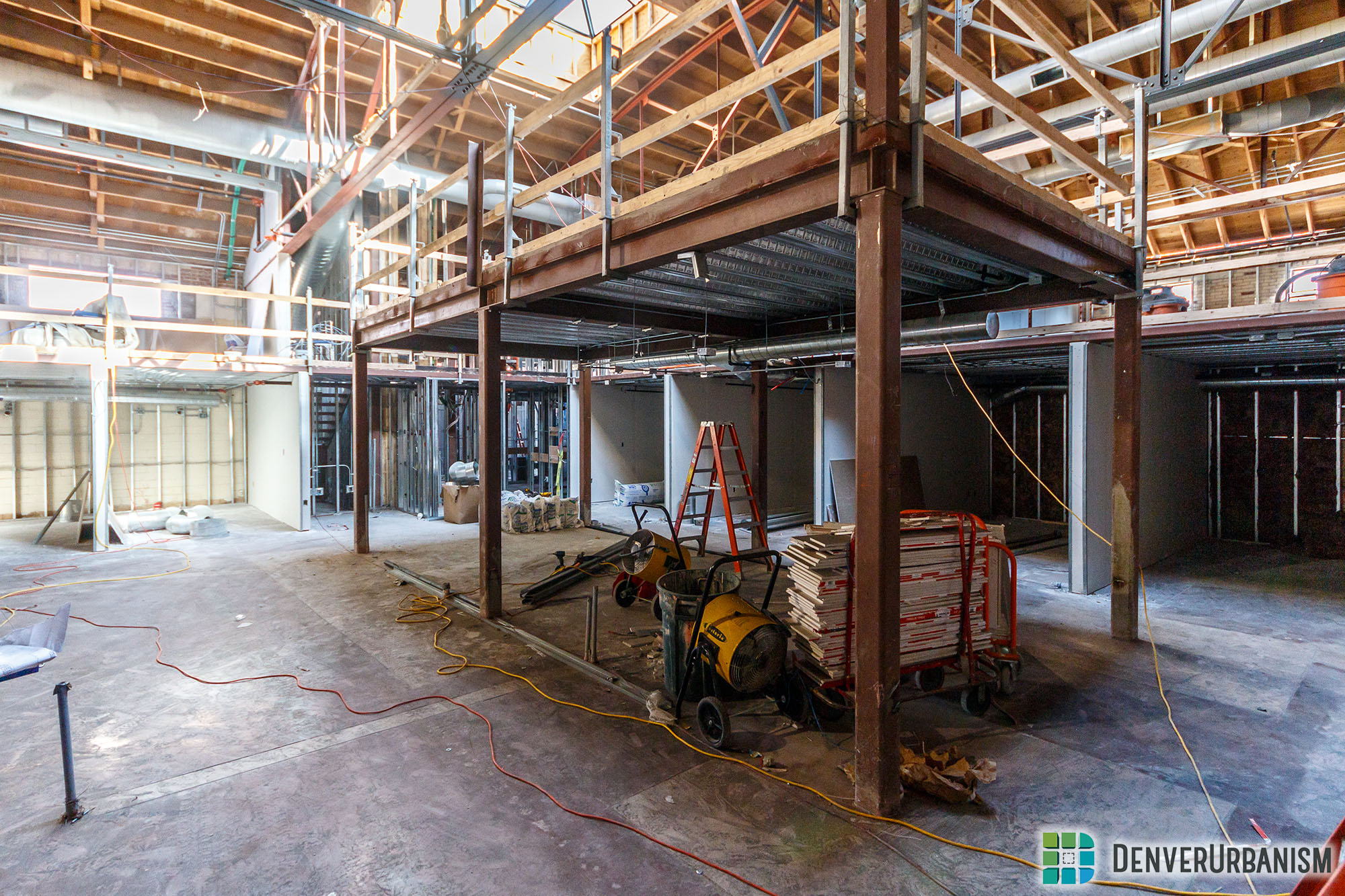 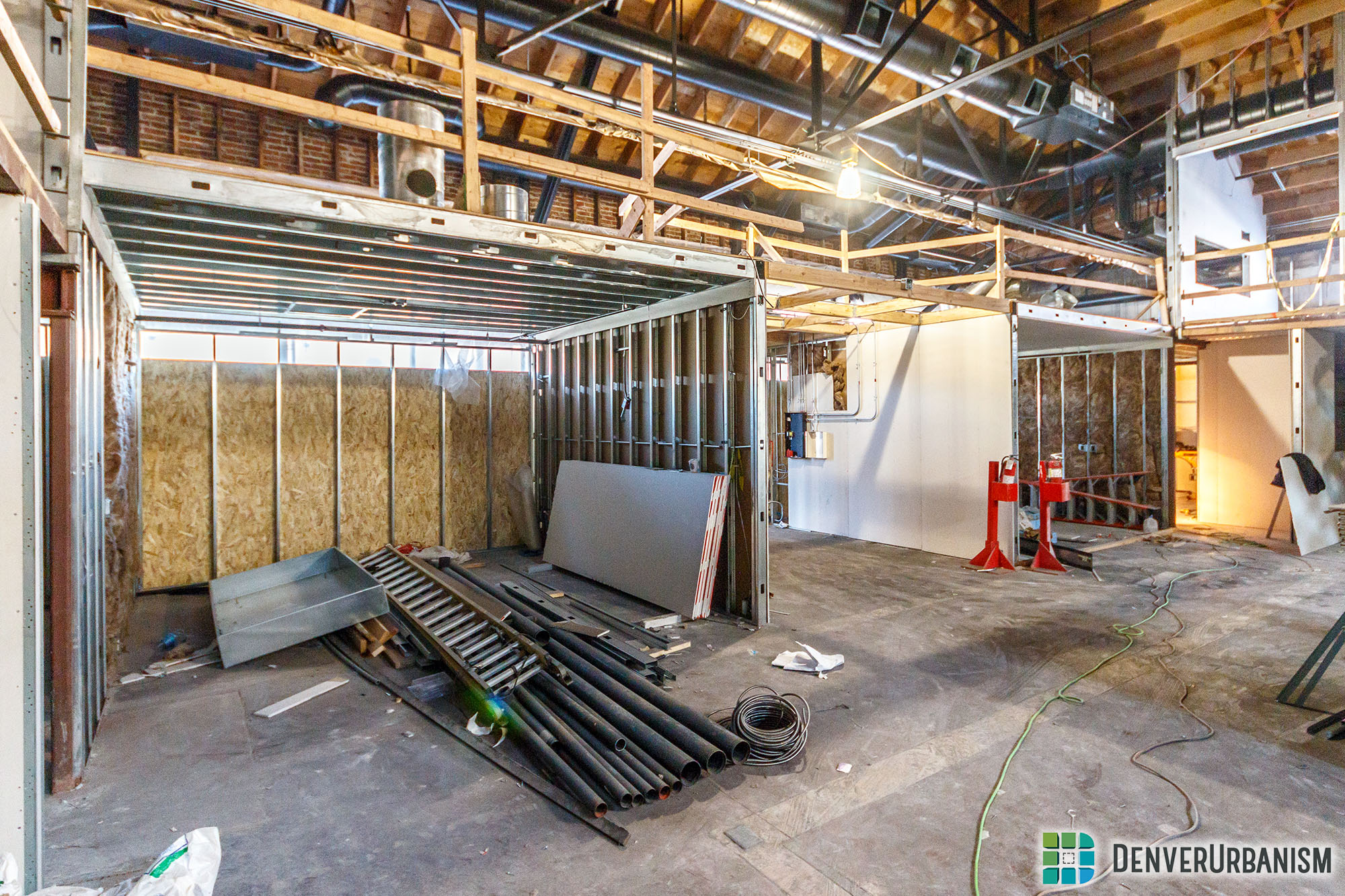 Exterior renovations are also currently underway. This is Alchemy from Logan Street. The store front offices will be the glass sections between the main entrance. 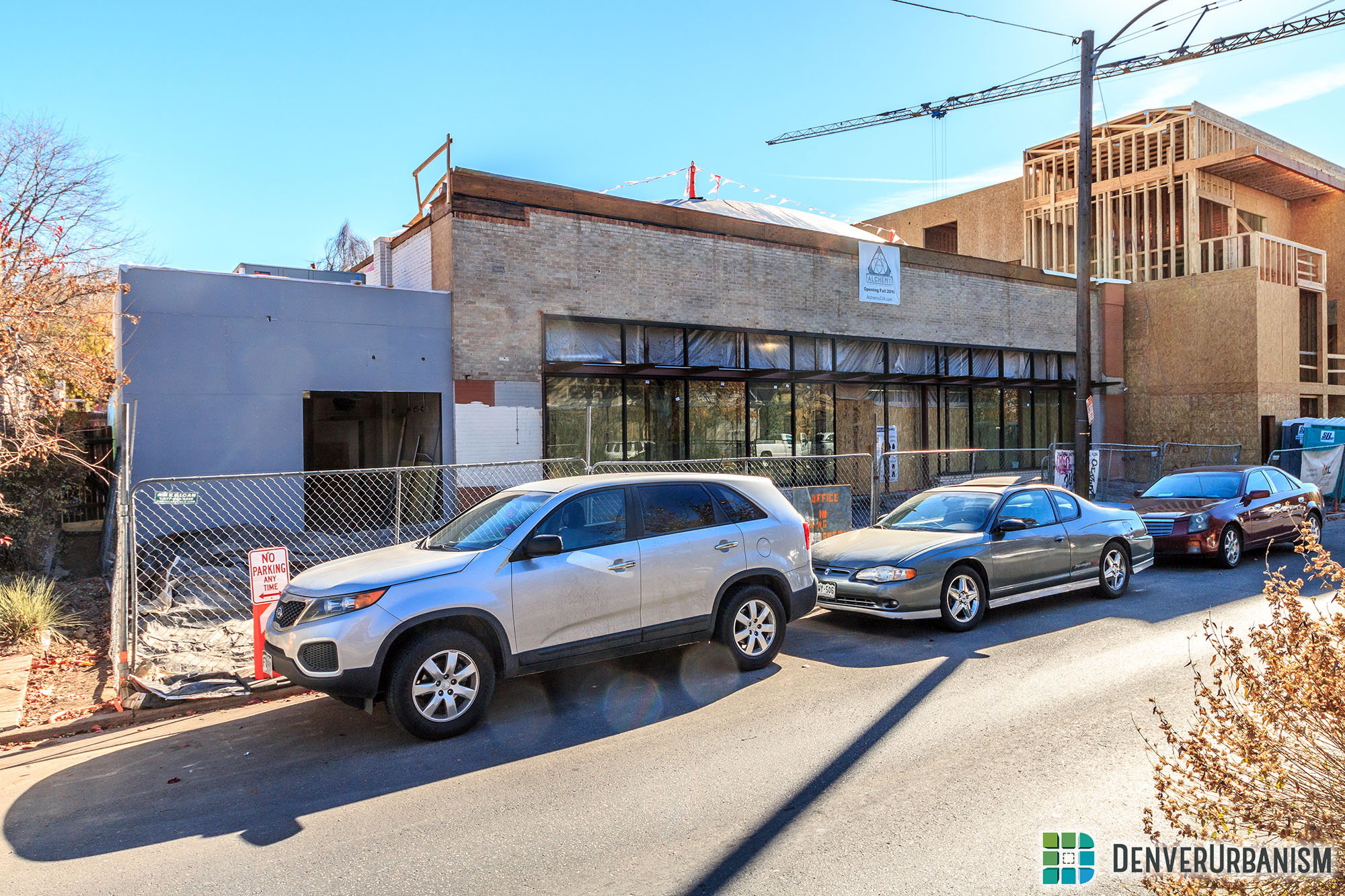 The alley side of Alchemy shows the building with the original brick and windows. The second photo features the progress of what is going on next door: the 46-unit apartment building.

Alchemy is a great adaptive reuse project with infill going in right next door. This is a great win for the neighborhood!