During a time when new development is ballooning throughout Denver’s urban core at breakneck speed and redefining both the physical boundaries and culture of downtown, there is something refreshing about investment in time-honored but often overlooked buildings that capture a distinctive slice of Denver’s history.

Such is the case with the just-completed revitalization of Denver’s storied McNichols Civic Center Building—the second phase of a two-part renovation project on the civic structure—that nobly sits on the northwest edge of Civic Center Park. 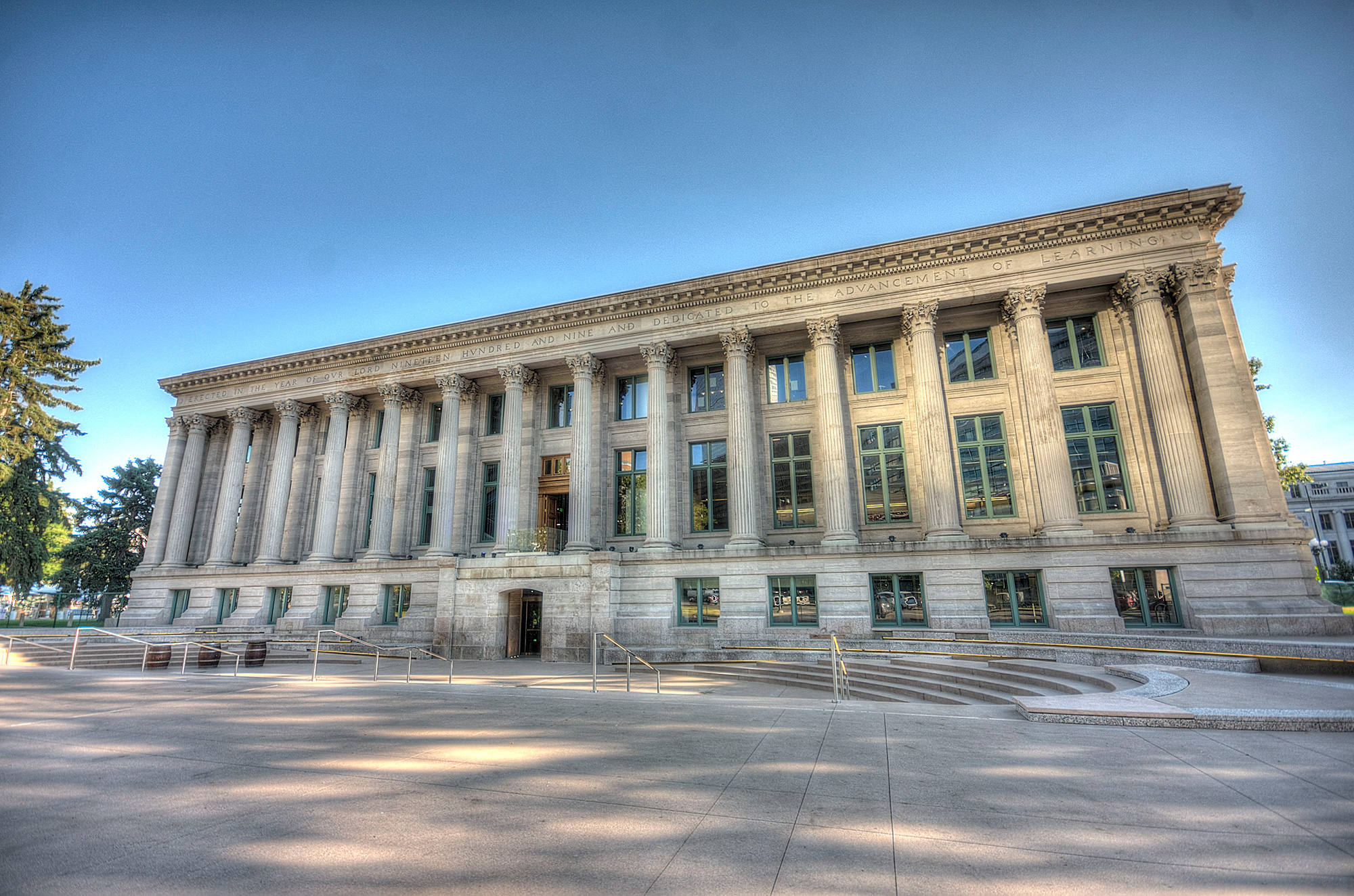 While much time, funding and talent of Denver developers, architects and planners focuses these days on revitalizing real estate at the periphery of downtown, such as Confluence Park, River North and Five Points, the McNichols project is a clear reinvestment in the city’s long-standing roots, and reminds Denverites that intertwining our history with progress and growth creates more authentic place, not just space, for the city’s future.

Built in 1910 and originally serving as Denver’s first public library with funds from philanthropist Andrew Carnegie—for whom the building was originally named—the McNichols building has gone through several iterations over the past 100 years. Uses have included serving as home for the Denver Water Board, Denver’s Treasury Office, and later in 2010 as the inaugural site for the Biennial of the Americas, a conference of cultural, civic and business leaders from the Americas originally envisioned by then-mayor John Hickenlooper to showcase Denver’s investment in intellectual and creative capital.

In 2012, the building came under its current management by Denver Arts & Venues—the City and County of Denver’s agency that manages cultural and artistic venues, public art and programs—which established the space as a municipally-led setting for contemporary art and culture shows. While the building has been the backdrop for more than 30 exhibitions and 800 events since that time, there has always been the sense that aesthetically and functionally, the building had unfinished business in order to be used to its greatest and brightest capacity. 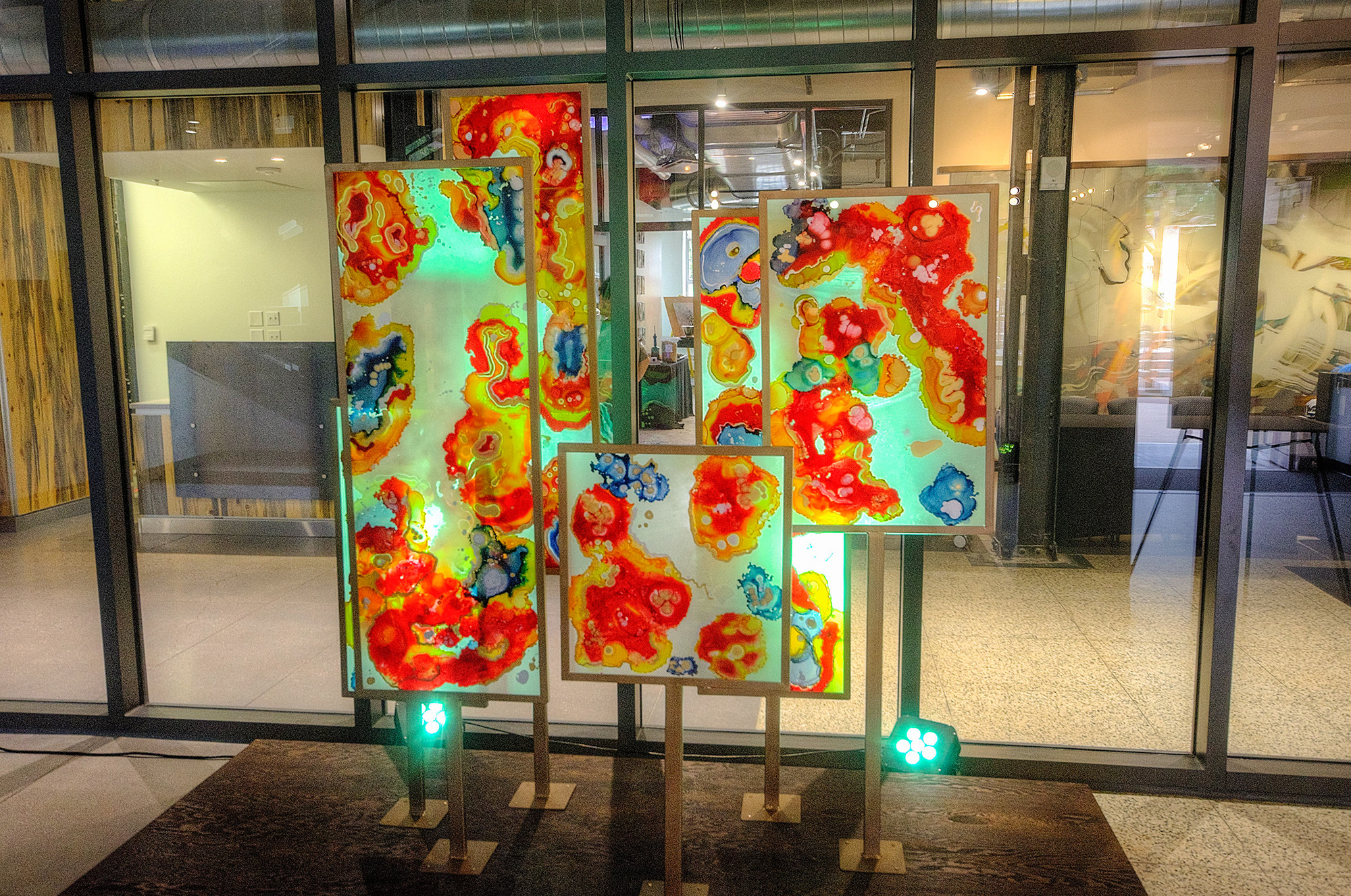 The building’s classic Greek-revival style architecture (and one of only a large handful of classically-oriented buildings and structures in the city, many of which are located in Civic Center Park) pays homage to Mayor Robert Speer’s investment in the City Beautiful movement during a time when Denver was going through a different growth spurt—one that incorporated expansive parks and boulevards to grow the city’s grandeur and recognition through beautification. Numerous renowned architects and designers of the time lent their talent to the park’s plan, including Edward H. Bennett, Frederick MacMonnies, Charles Mulford Robinson and Frederick Law Olmsted, Jr.

The significance of the McNichols building to Denver architectural history is further emphasized by Civic Center Park’s 2012 designation as a National Historic Landmark, where it sits among the likes of celebrated buildings and places such as Frank Lloyd Wright’s Solomon R. Guggenheim Museum in New York City and the Library of Congress in Washington, DC. Civic Center Park is also one of only two civic center designations of its kind in the country, with San Francisco’s Civic Center holding the other title. Overall, less than three percent of properties listed on the National Register of Historic Places are designated with even greater iconic status of National Historic Landmark. 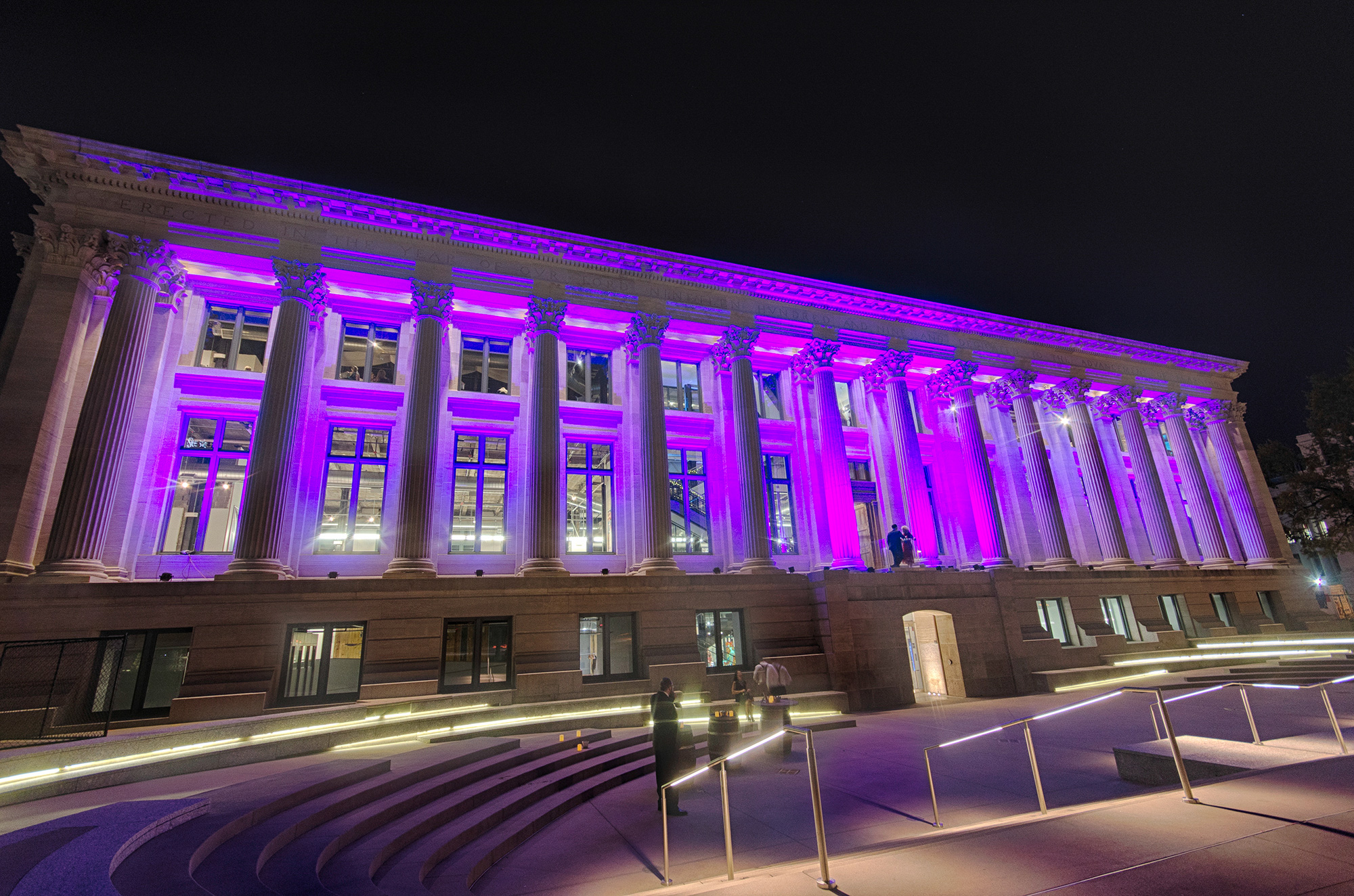 With the renovation completed in early September by local architecture firm Humphries Poli Architects, the building now features a refashioned, ADA-compliant main entrance; a reproduction of the building’s grand entry doors; new contemporary glass walls; and restoration of artistic ironwork on the original stairways that was discovered during reconstruction, among other changes and upgrades.

Visiting McNichols today, the building stands as a revamped cultural center dedicated to using its space for art exhibitions, civic engagements and other collective uses that, rather than serving as another development project highlighting the shiny and new of Denver’s urban growth, takes stock in the importance of a city maintaining a collective identity through its architectural history.

All photos by Steve Hostetler, courtesy of Denver Arts & Venues.