The rise of the sharing economy has contributed to a renewed interest in the importance of community. The pooling of resources, trading of ideas, bartering of talents and services—these economic exchanges necessitate the existence of an underlying culture that prioritizes social ties. They also highlight the benefits that can arise from embracing diversity of thought, experience, and ownership.

Enterprise, a 66,000 square foot co-working space that opened last month, is here to create just such a culture. 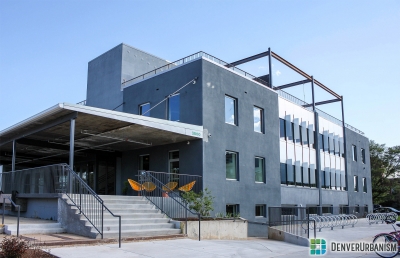 Located at the intersection of 30th Street and Lawrence Street—in RiNo or Curtis Park, depending on who you ask—Enterprise is the most recent addition to the Denver area’s nationally-recognized cache of co-working spaces.

Formerly the Denver Enterprise Center, a business incubator space active from the mid-eighties to 2008, this mid-century office building had been shuttered and vacant for almost a decade before Focus Property Group identified it as a viable site for rehabilitation. Below is a photograph taken by James Florio in 2014, showing the side of the old Denver Enterprise Center facing 30th Street, before renovations began. 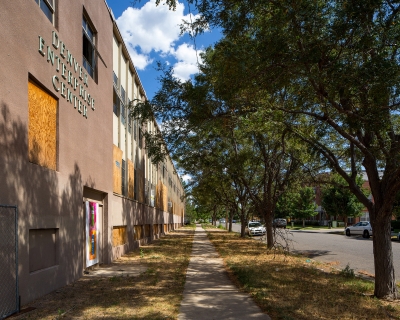 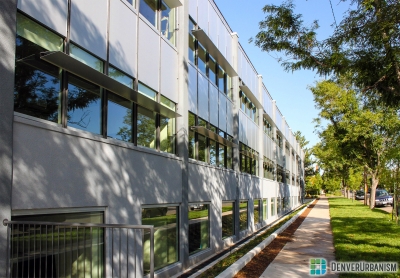 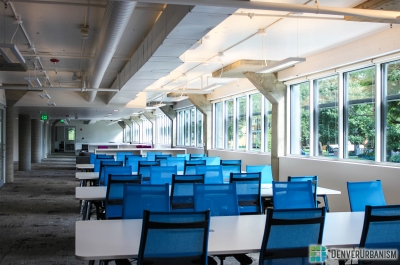 Common spaces are dotted throughout the building. A library space on the lower level promises a quiet working environment, while a state-of-the art kitchen on the other side of the building features offerings from local brewery Ratio Beerworks, along with a nearby game room. 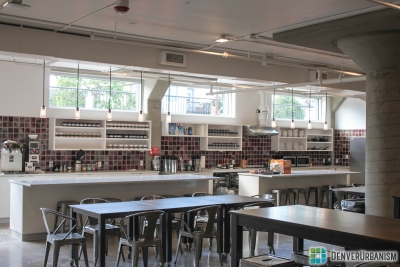 A coffee shop on the first floor is open to the public, and a rooftop patio offers an incredible view of downtown Denver.

Billing itself as a collaborative and innovative work space where the diversity of ideas among its community members are its distinguishing feature, Enterprise promises to be a welcome addition to the new economy in Denver.