The facade on the additional two floors is more or less complete and the core on the back side has been painted. The addition has a contrasting dark grey color compared to the building’s white facade. 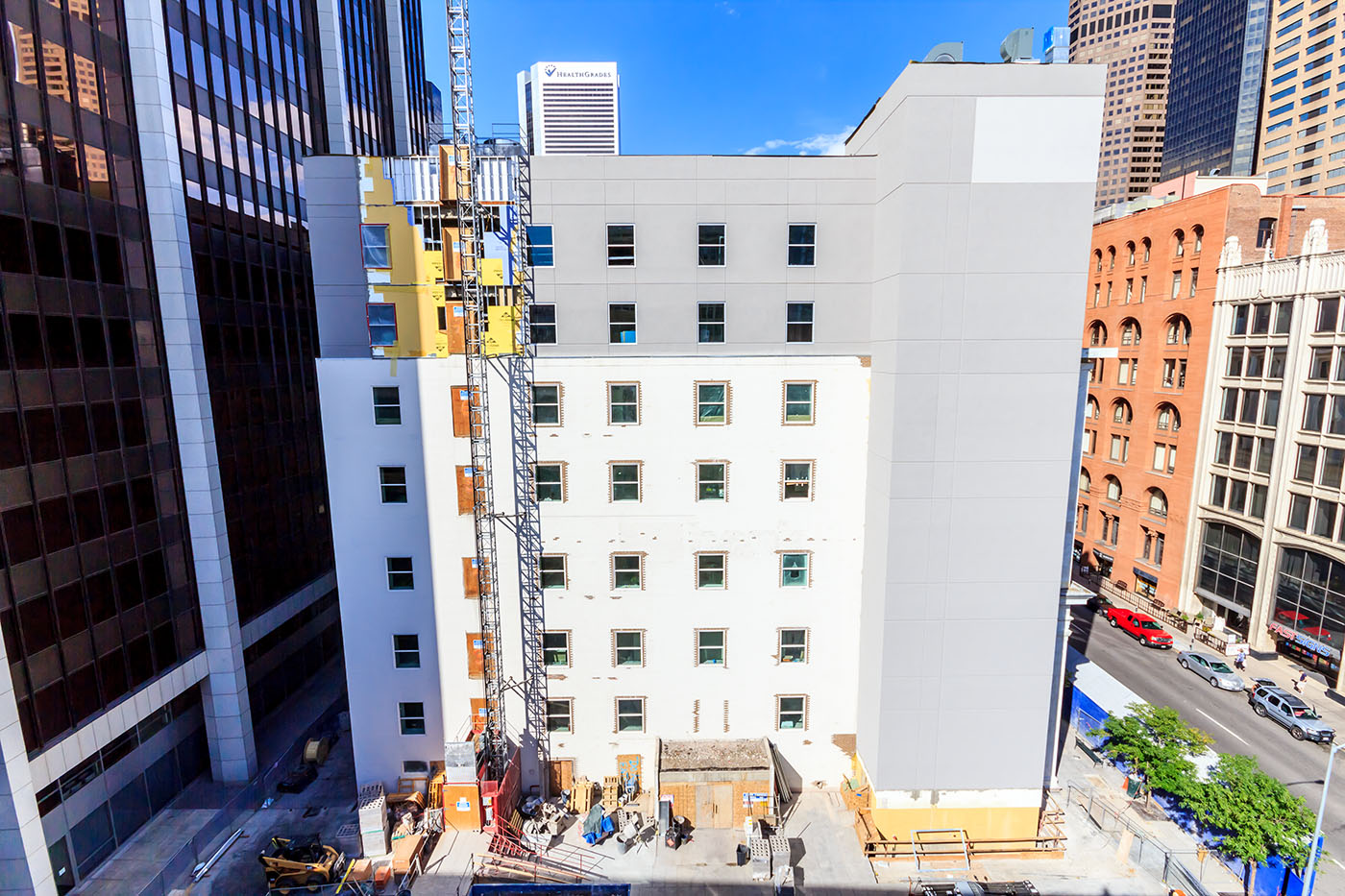 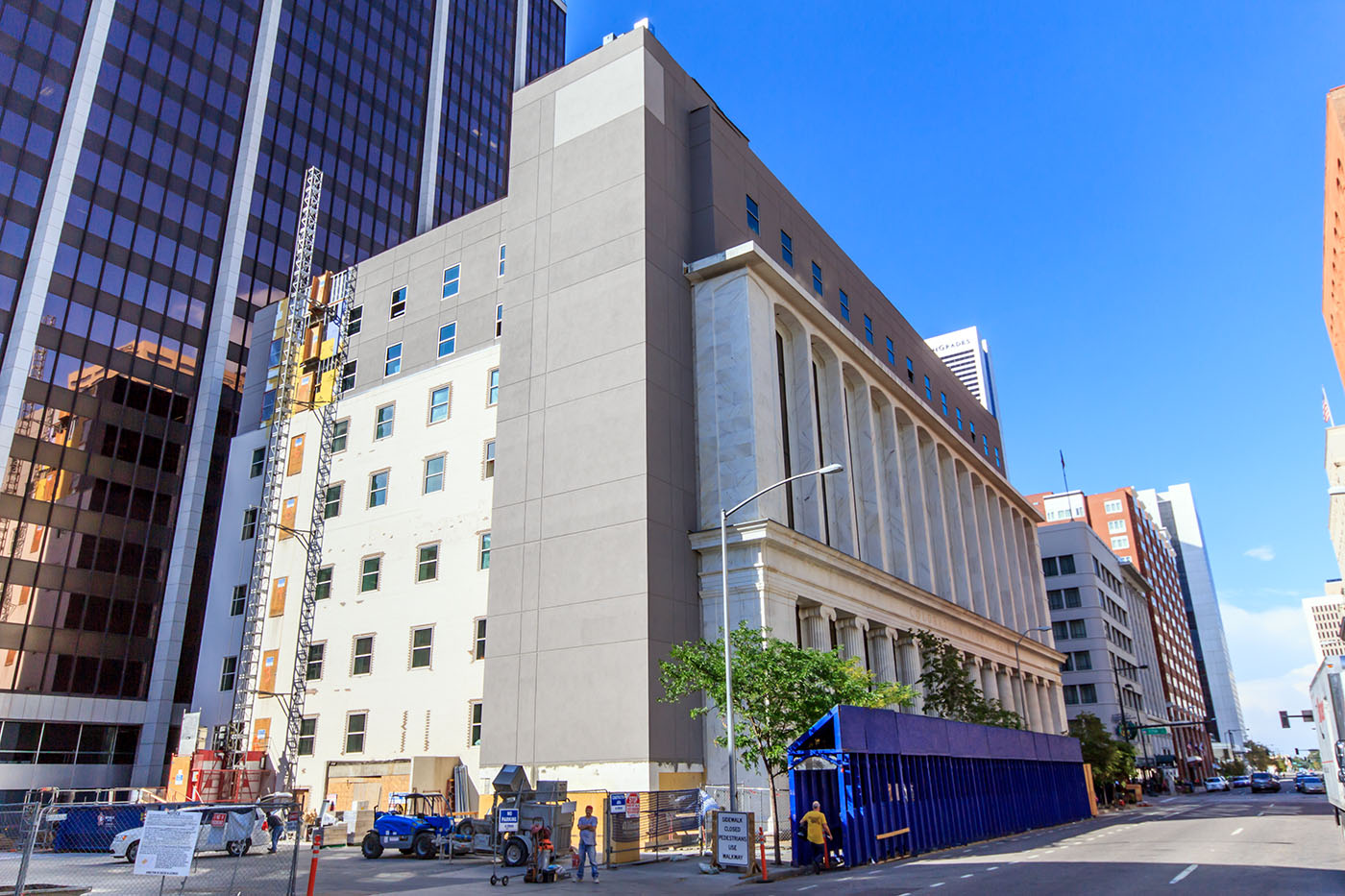 This is pretty much what the final product is going to look like. Before you judge the design, color, and overall look of the new addition, keep this in mind: The Colorado National Bank building originally opened in 1915. You can clearly see the resemblance of that era’s architecture on the first two floors. In 1963, an additional three floors were built on top of the original building which look no different than a typical low-rise office building from that time period. Finally, in 2013, we have the additional two floors which reflects our contemporary architecture from the 2010 era. This is a building that reflects architecture and design from three different periods of time. That’s pretty neat! 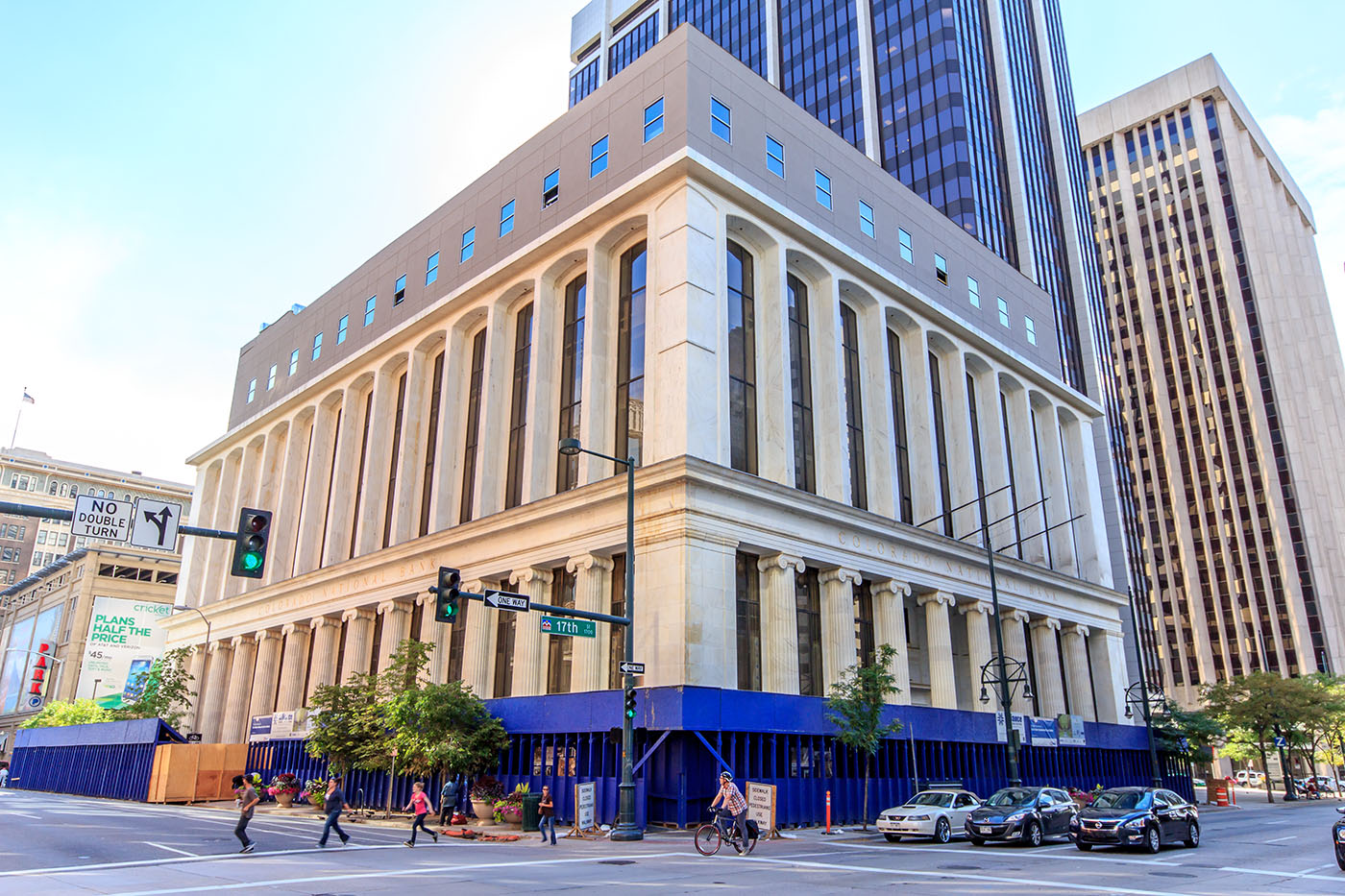 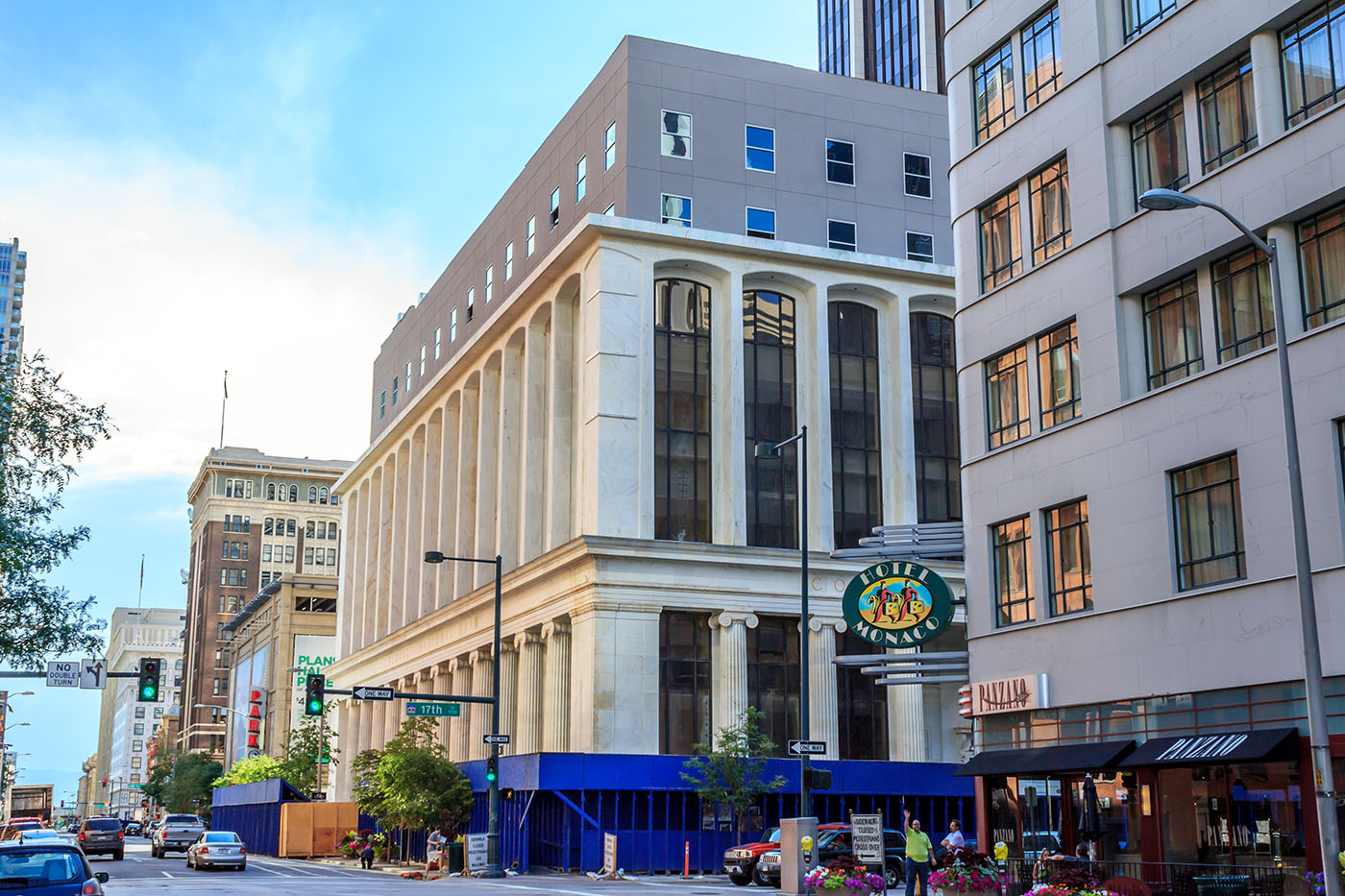 The Colorado National Bank Hotel is expected to be complete by the end of this year and will add an additional 230 much needed hotel rooms to Downtown Denver!