Crews have begun work on the Gold Line’s end-of-line station near Ward Road in Wheat Ridge, serving as evidence of the construction that will soon be widespread along the 11 mile commuter rail corridor. The corridor is being built as part of the $2 billion EAGLE Project along with the East Rail Line, Northwest Electrified Segment, and Commuter Rail Maintenance Facility (CRMF).

The Ward Road Station will be located due west of Tabor Street just north of the Burlington Northern Santa Fe (BNSF) alignment. For those who remember the old Jolly Rancher plant along Ward Road, the station and associated parking will be located just to the south and east of the former candy factory site. The parking lot will be located on the site of a former RV and boat storage facility. 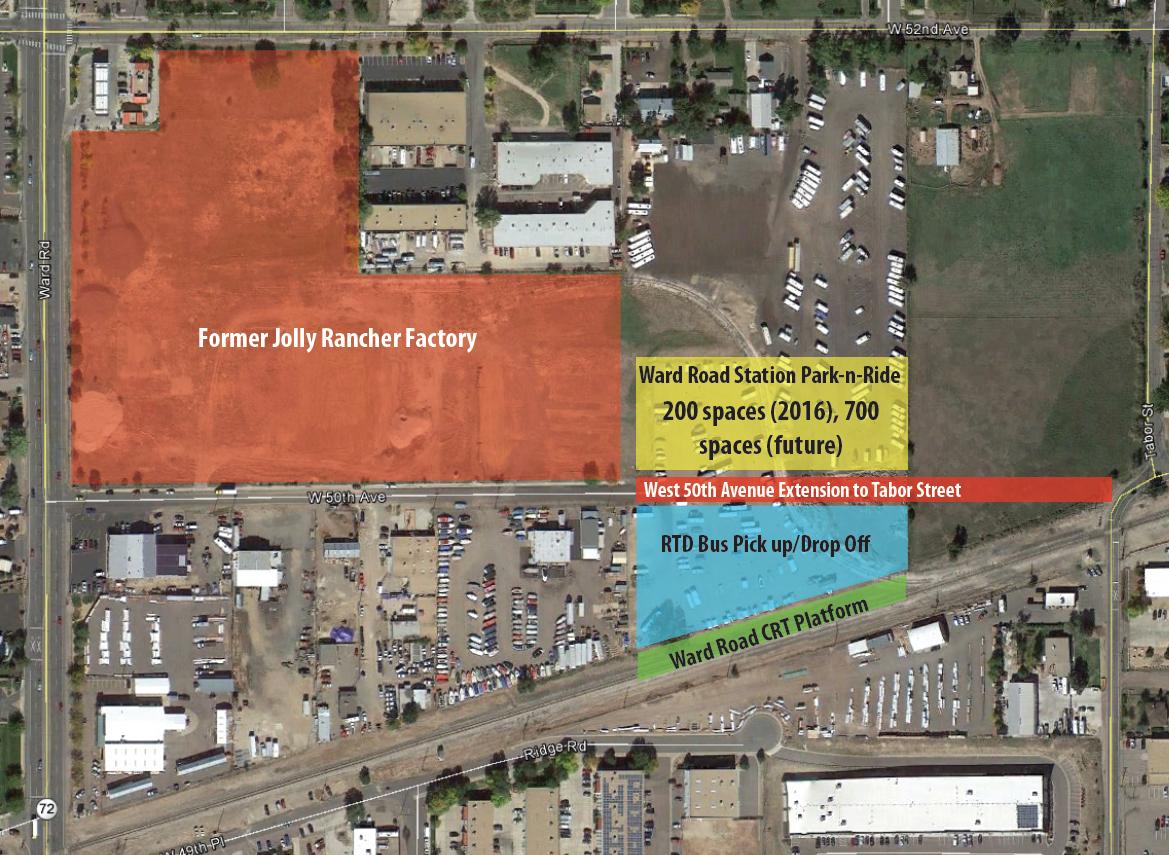 As part of the station construction, West 50th Avenue will be constructed to connect Ward Road to the Tabor Street/Ridge Road intersection (which will also be realigned for safety reasons and reconstructed).

Crews have been working on the station platform for the better part of two months now. There’s work on retaining walls a little further east near the Arvada Ridge Station as well, which we will take a look at in a future blog post. There’s a lot of storm water mitigation and streetscape work to be complete as part of the station construction as well. 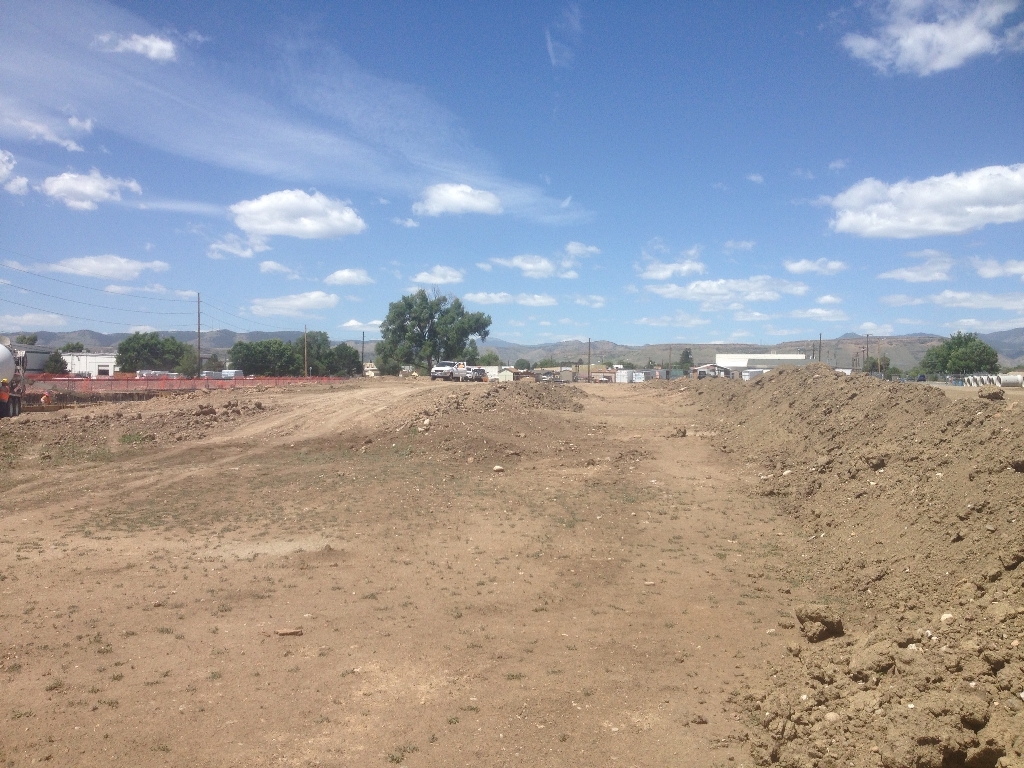 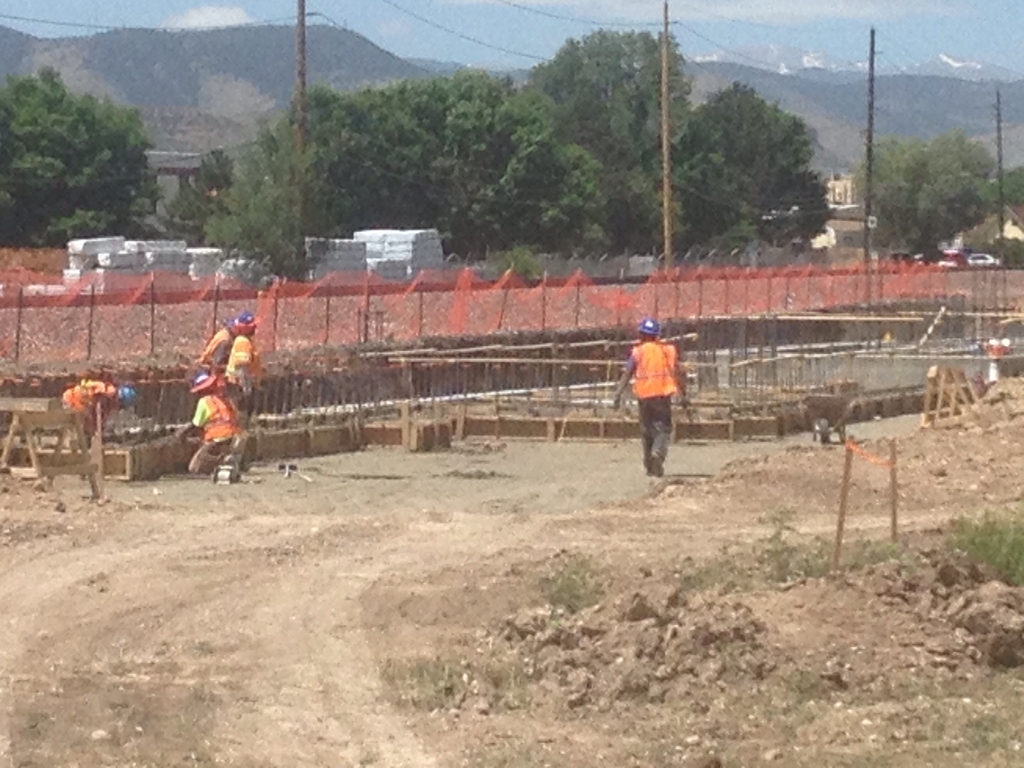 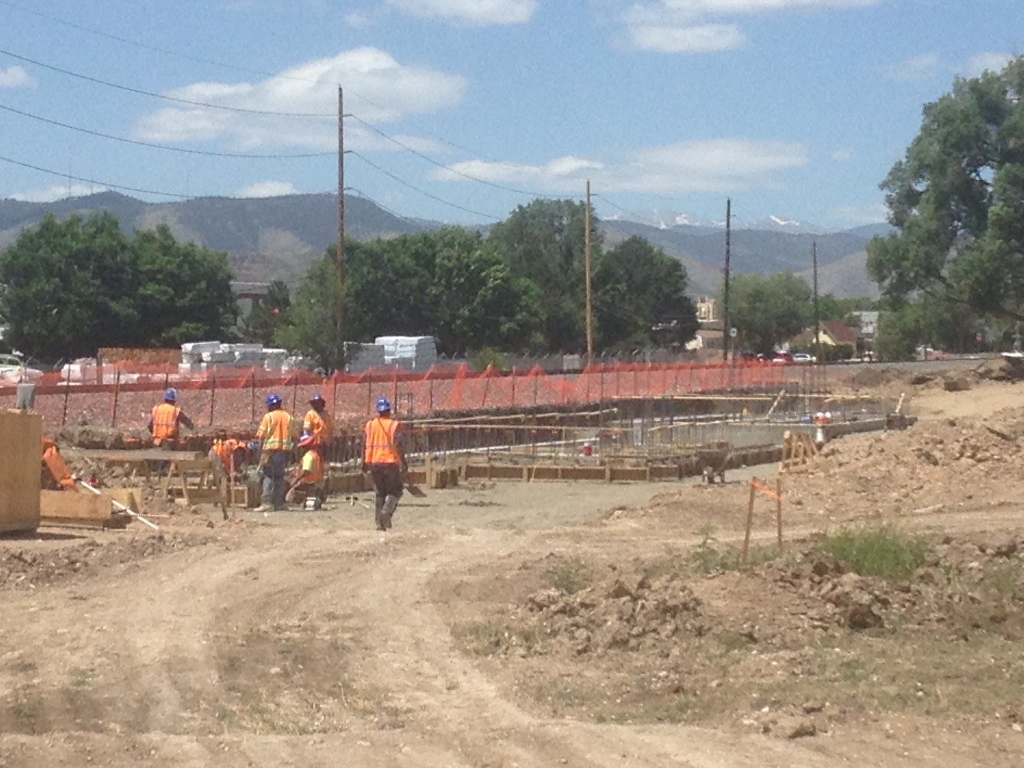 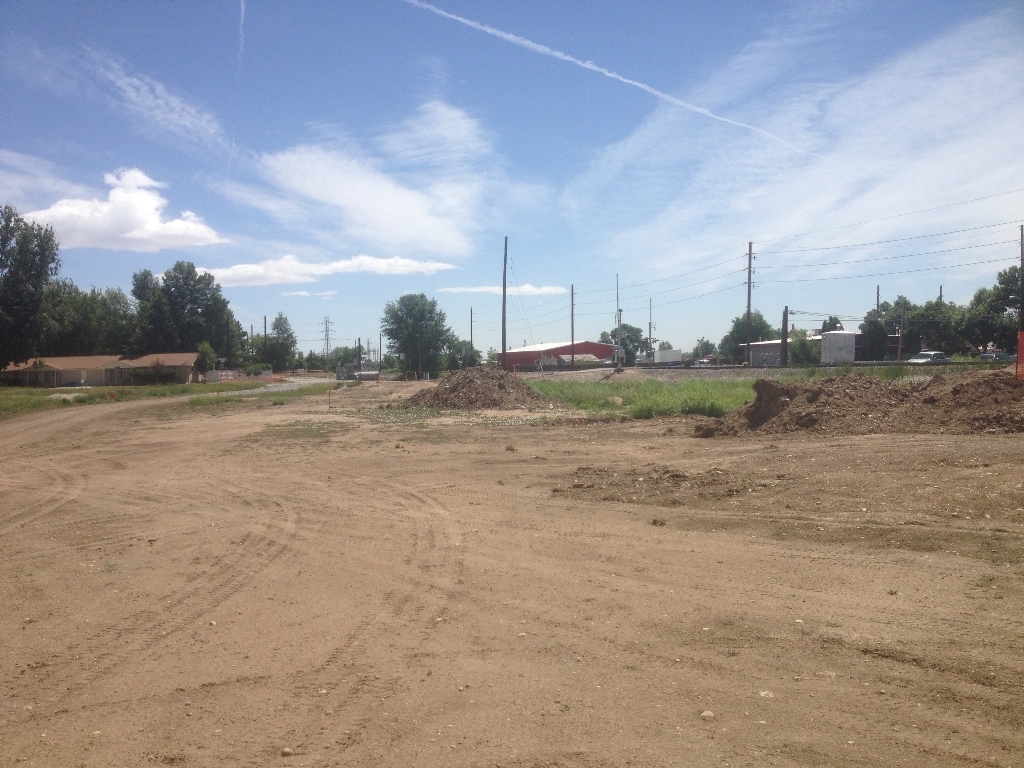 This station and associated Park-n-Ride will replace the existing Ward Road Park-n-Ride located at about I-70 and Ward Road. There will be 200 spaces available on opening day, with plans for upwards of 700 in the future, based on demand. Construction will soon become widespread along the entirety of the Gold Line corridor. For those who live out that way or would like to be kept up to date as to construction alerts, closures, and other updates, sign up with RTD here.