As Denver considers the possibility of streetcars on Colfax, it may be informative to learn about what other cities have accomplished.

Philadelphia’s streetcar network is one of the largest and busiest in the United States. It’s vintage, dating to the original trolley era. While Philadelphia did follow the national 20th Century trend of ripping out many of its historic streetcar lines, they also kept many. 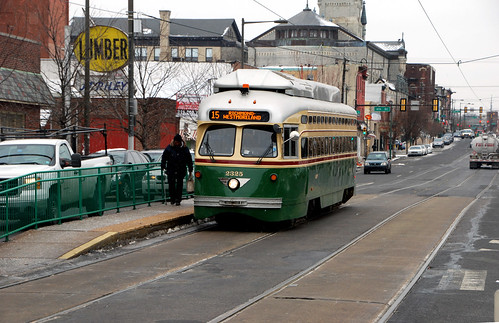 The Girard Avenue line pictured above even uses vintage trolley vehicles, originally built in 1947, and still running today. It also runs in a unique track arrangement, with tracks down the center of wide Girard Avenue, and stations in narrow floating medians. 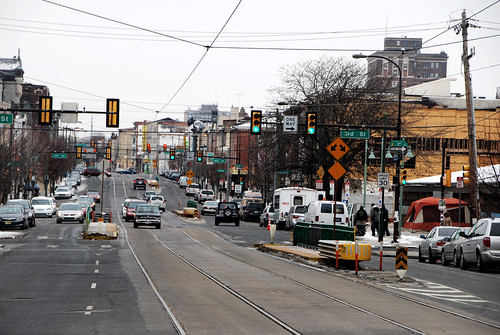 The Girard Avenue arrangement is atypical. Even on lines that run in mixed-traffic with cars, most contemporary streetcars either run curbside or in tracks adjacent to a full median.

Philadelphia’s center-running tracks result in fewer conflicts with parked or turning cars, which speeds the trolleys down their route. It’s almost-but-not-quite like a dedicated transitway.

Unfortunately, the platforms are too narrow to meet modern disability-accessible design guidelines. If Denver were to use a similar arrangement, we’d need wider platforms and thus more street width. 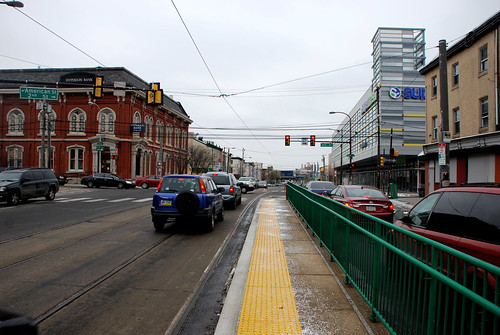 On narrower streets in West Philadelphia, trolleys still run in the center, with bike lanes between the tracks and a row of parked cars. 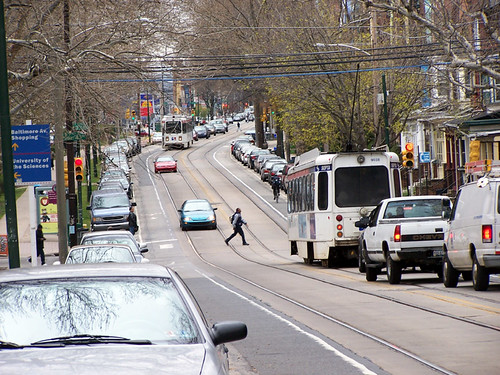 Five trolley routes that run on-street in West Philadelphia combine and then move into a dedicated trolley subway to speed through Center City. It’s a great way to maximize the efficiency of the system through its most dense and congested section, while still taking advantage of the flexibility of on-street operations further out. 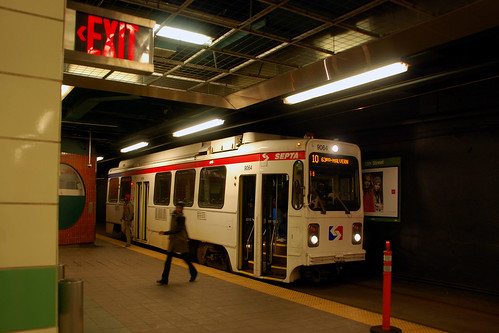 Any potential Denver streetcar plan will probably not have tunnels. They’re hugely expensive, after all. But maybe someday.

In future posts, we’ll look at streetcars in other cities around North America.