Back in July, we headed over to the Colorado State Capitol to check on the restoration progress. Since then, a huge milestone has been reached. In my previous update, I reported we wouldn’t be able to see the dome until Winter 2014; that statement wasn’t entirely correct. Just in time to start the new year, the white scrim and scaffolding has started to come down off of the capitol dome!

Over the next six weeks, the scaffolding will be removed from the dome portion of the Colorado State Capitol while the other restorations continue. The gold was not the only part of the restoration; the observation deck and drum below the dome was also in serious need of structural repair. The deck was closed in 2006 when a fasteners holding a cast iron detail failed causing part of the structure to fall. Luckily all of this will be fixed. Here are some pictures of the Colorado State Capitol as of this afternoon. 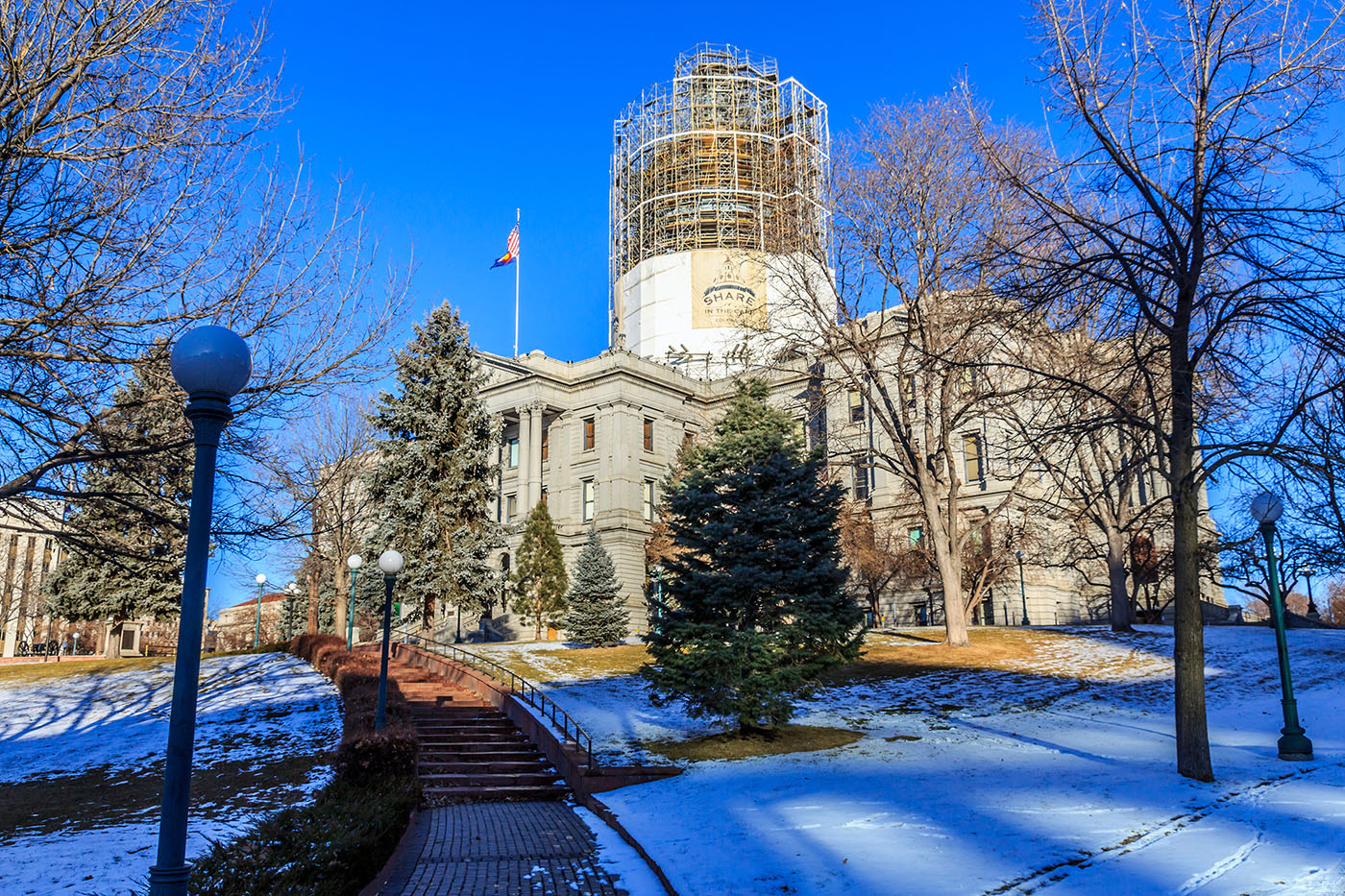 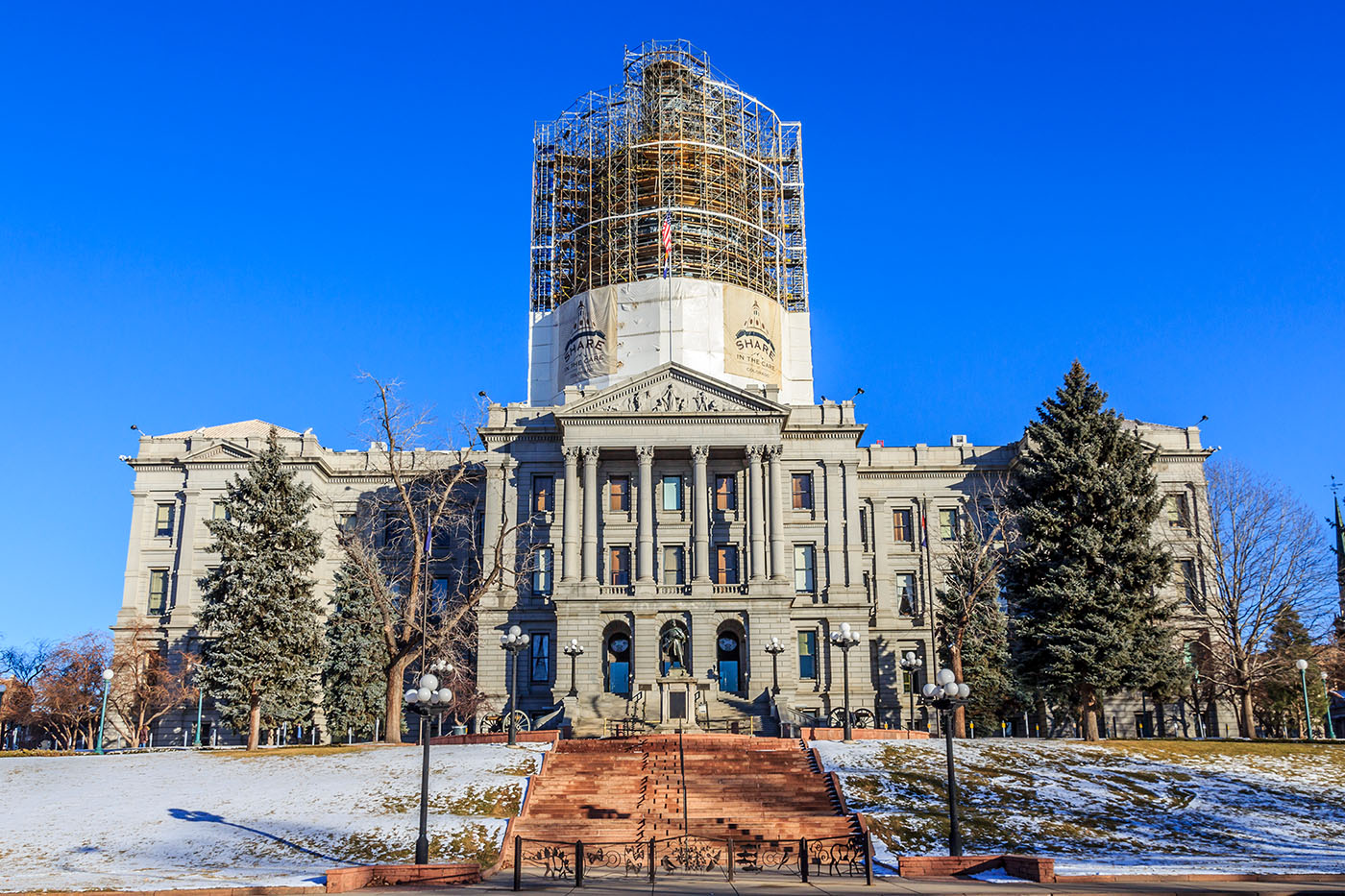 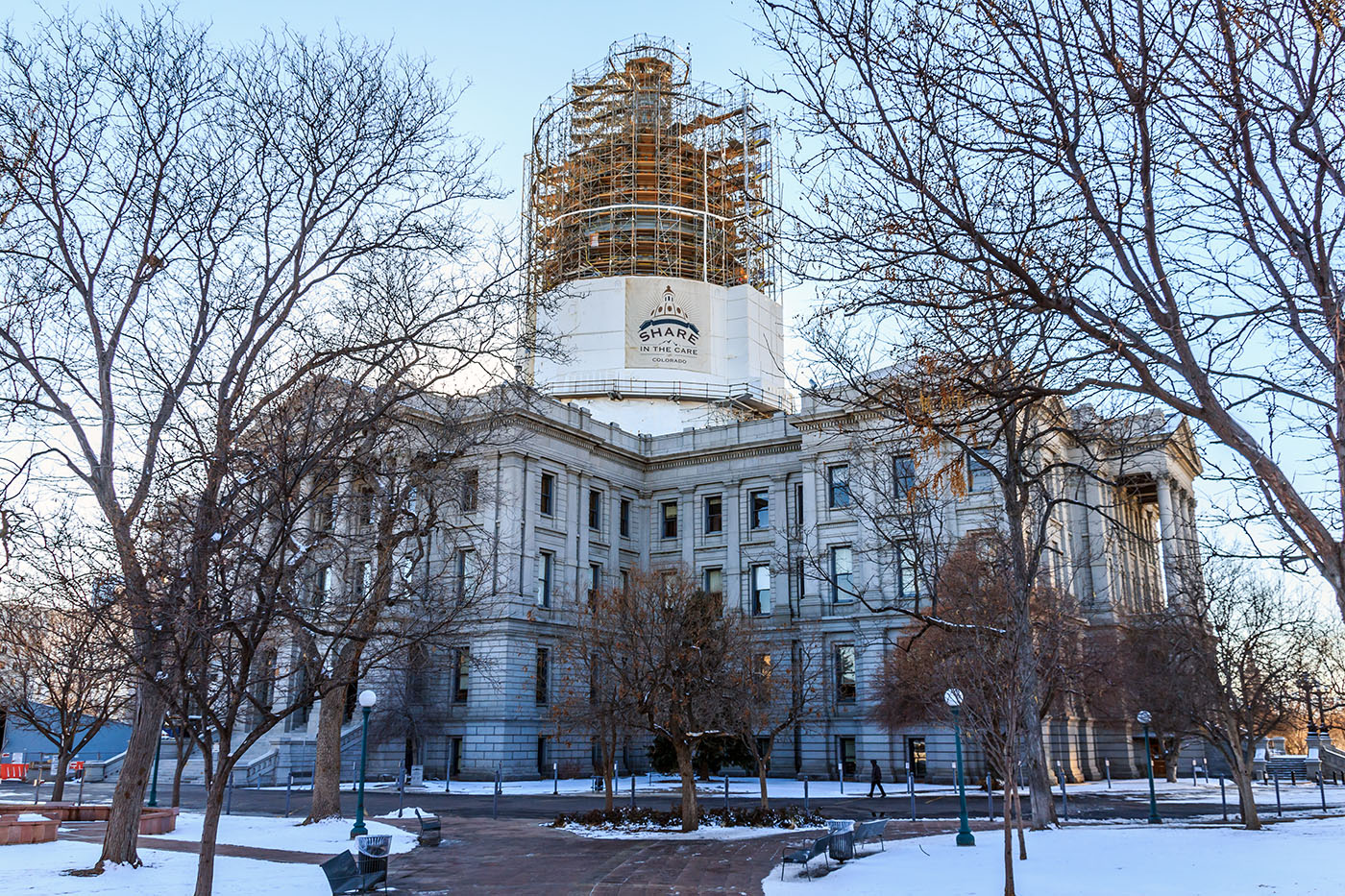 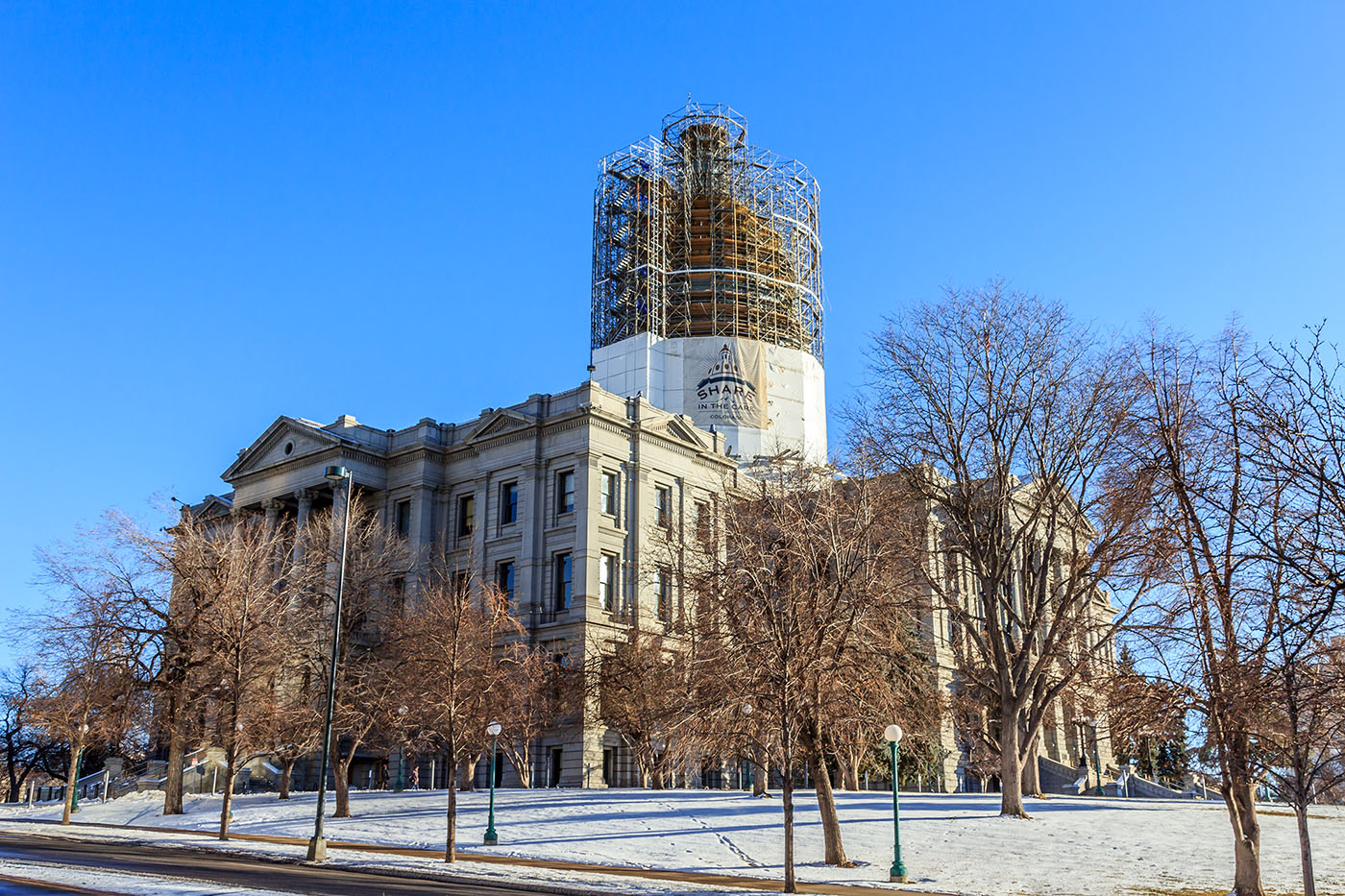 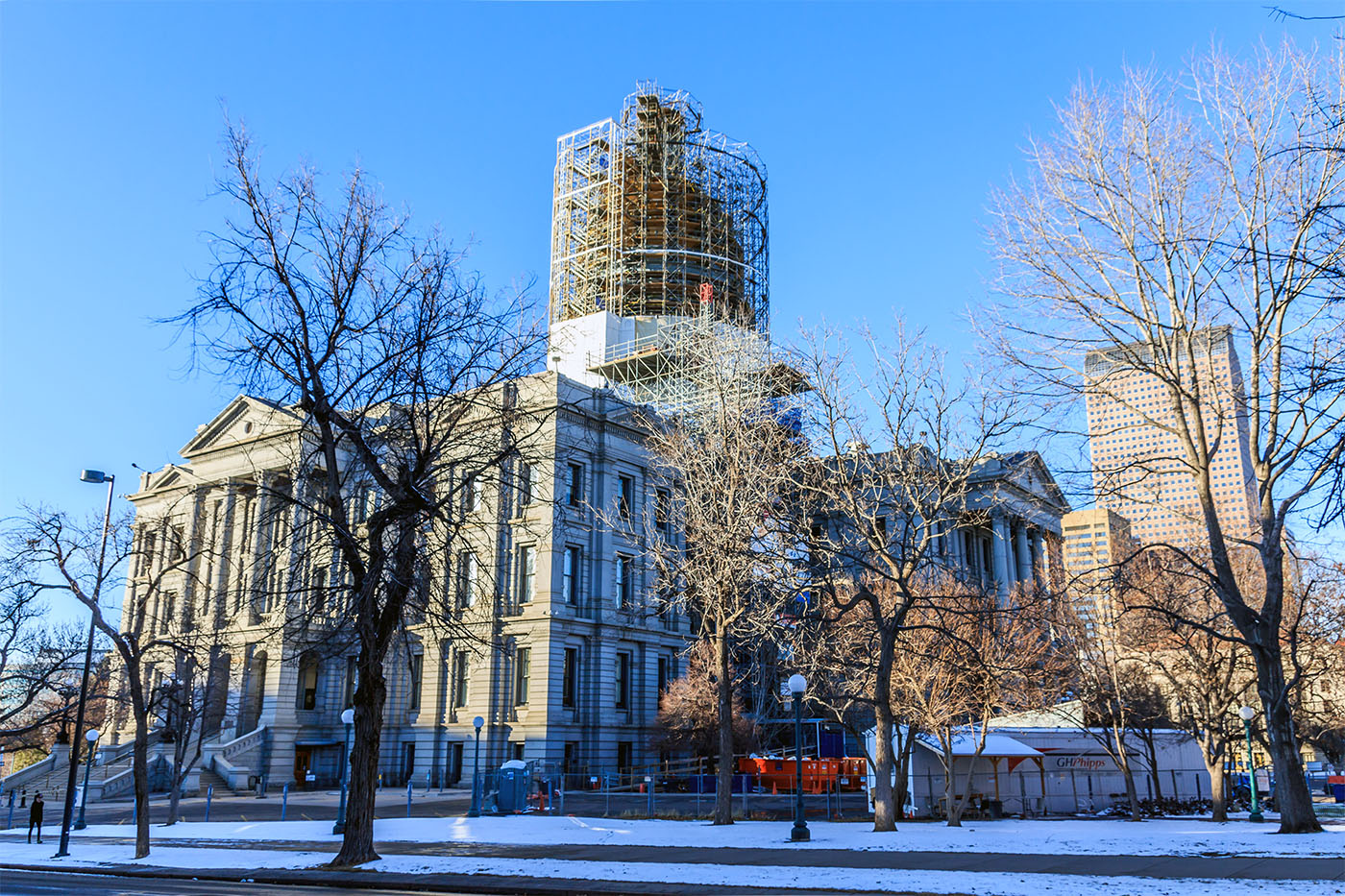 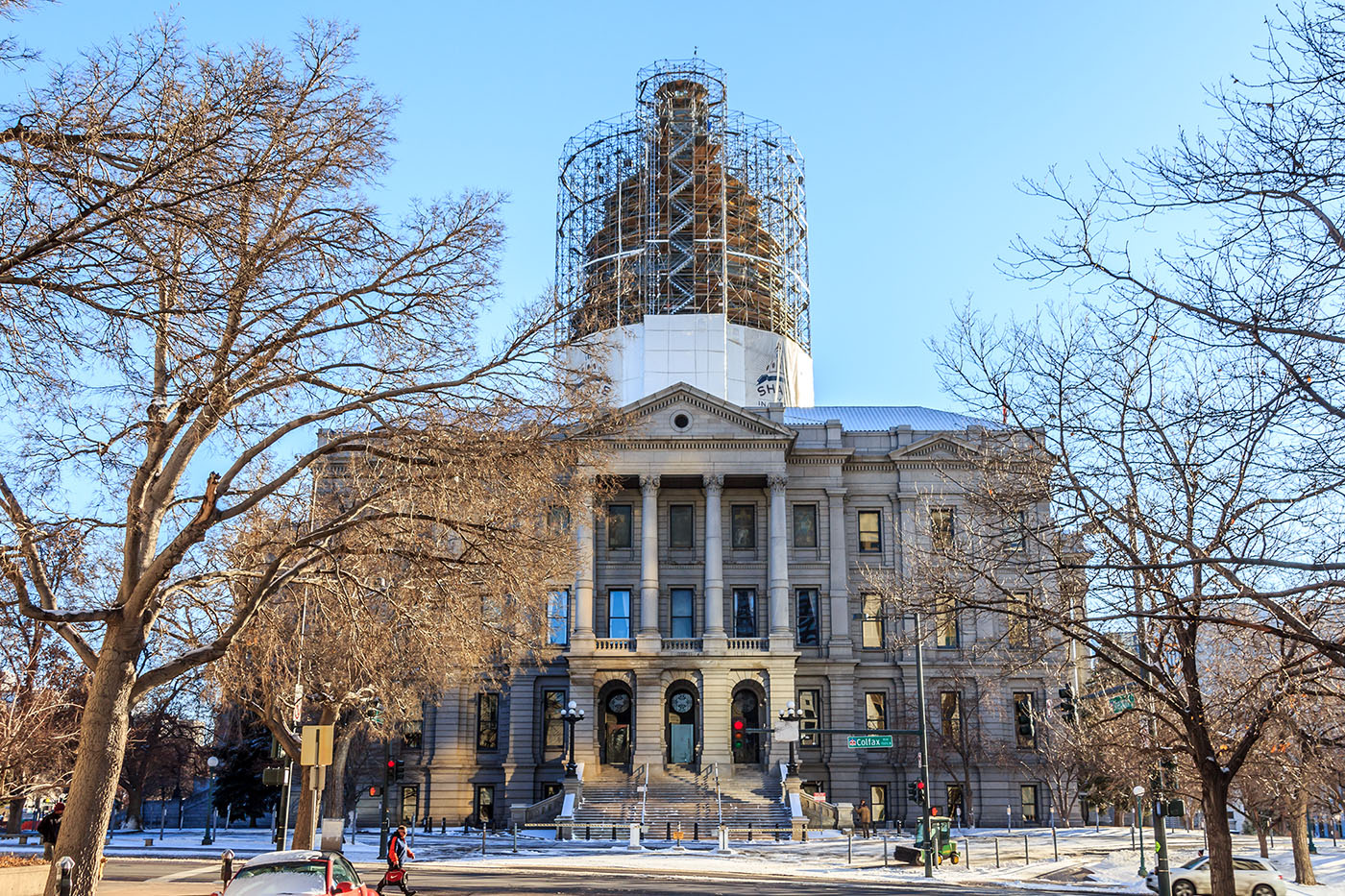 A total of 65 ounces of gold have been reapplied to the dome which will last for many decades to come. The restoration project is both ahead of schedule and under budget with completion anticipated for late summer 2014.