Forgive the lack of order in this update but, today we will take a look at the construction progress on the East Rail Line’s terminus at Denver International Airport (DIA).  Construction crews have been very busy south of the main terminal preparing this area for one of this region’s most impressive construction projects. Hopefully you have had the opportunity to look over Ken’s post from last week – especially the construction sequence video at the end of the post that gives this update some reference.

Over the past few months, the majority of the work here has been focused on constructing the piers that will support the new automobile and bus entrance ramps on the west side of the terminal (the Level 5 bridge on the east side is also being reconstructed at this time). Construction of these piers is almost complete and over the next few months, we should see the girders installed and ramp roadways near completion. 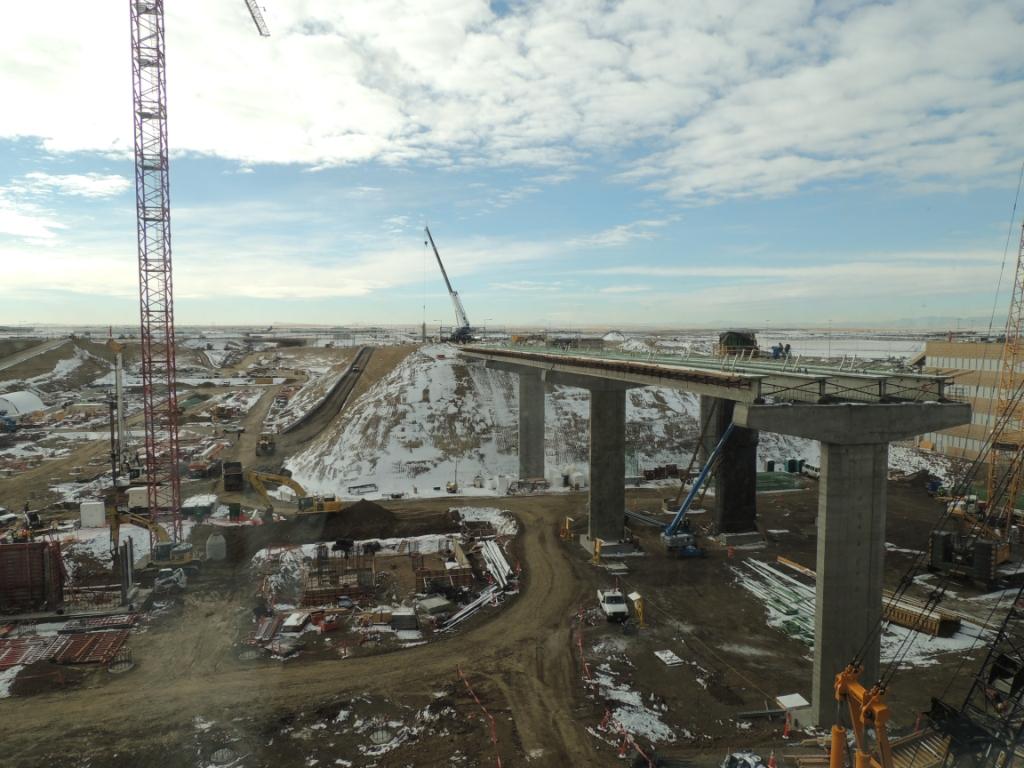 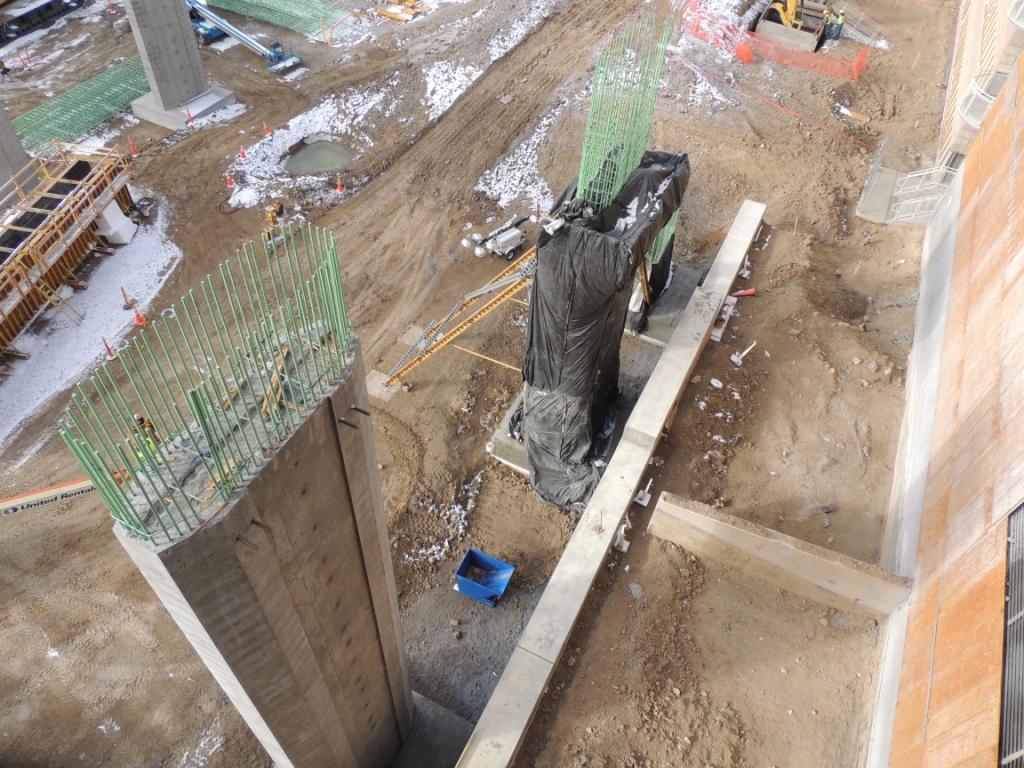 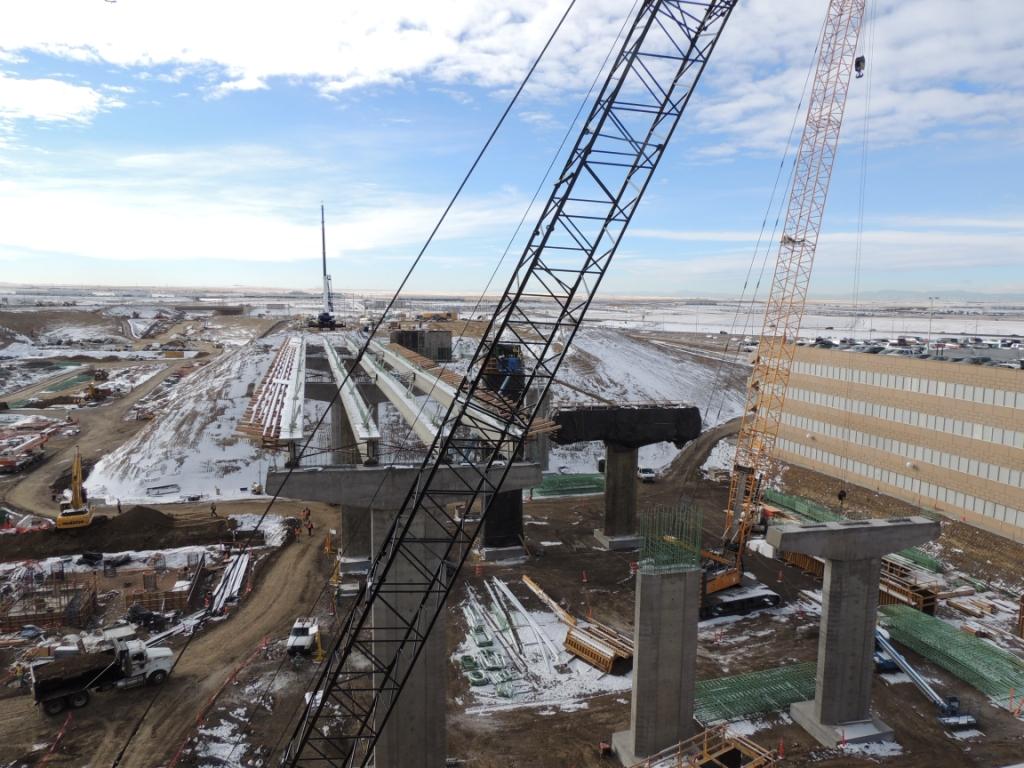 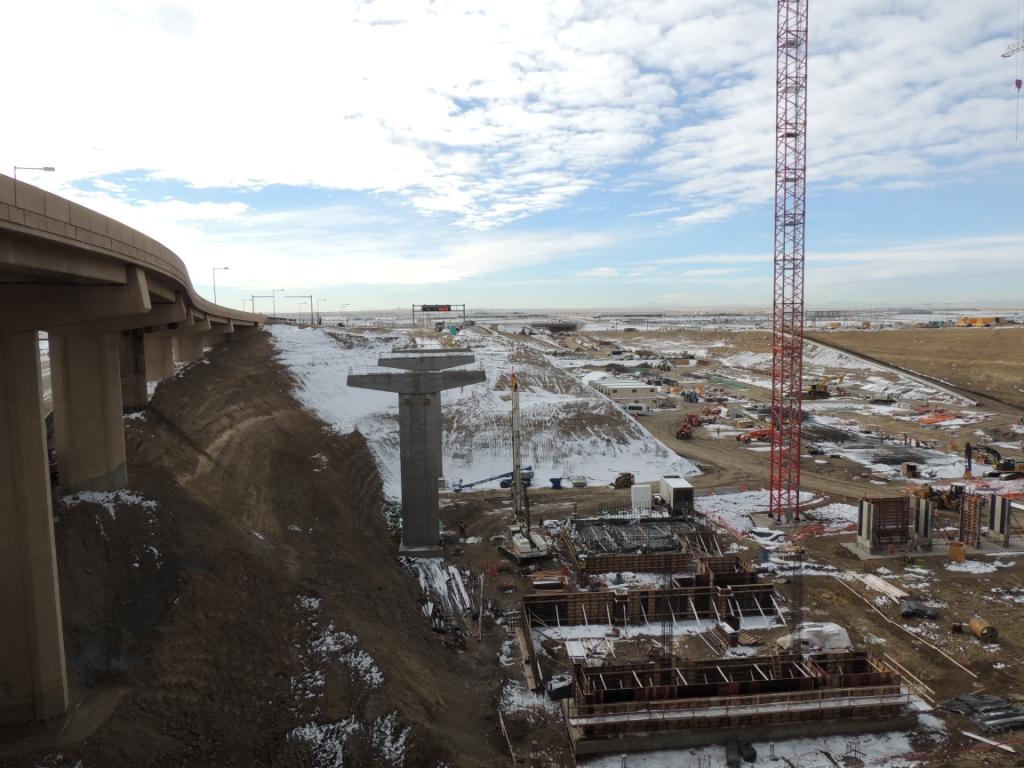 The circulation system will remain the same once the project is complete. On the west side, cars and buses will approach from the south and exit on the north. The departure and arrival levels will also remain the same. 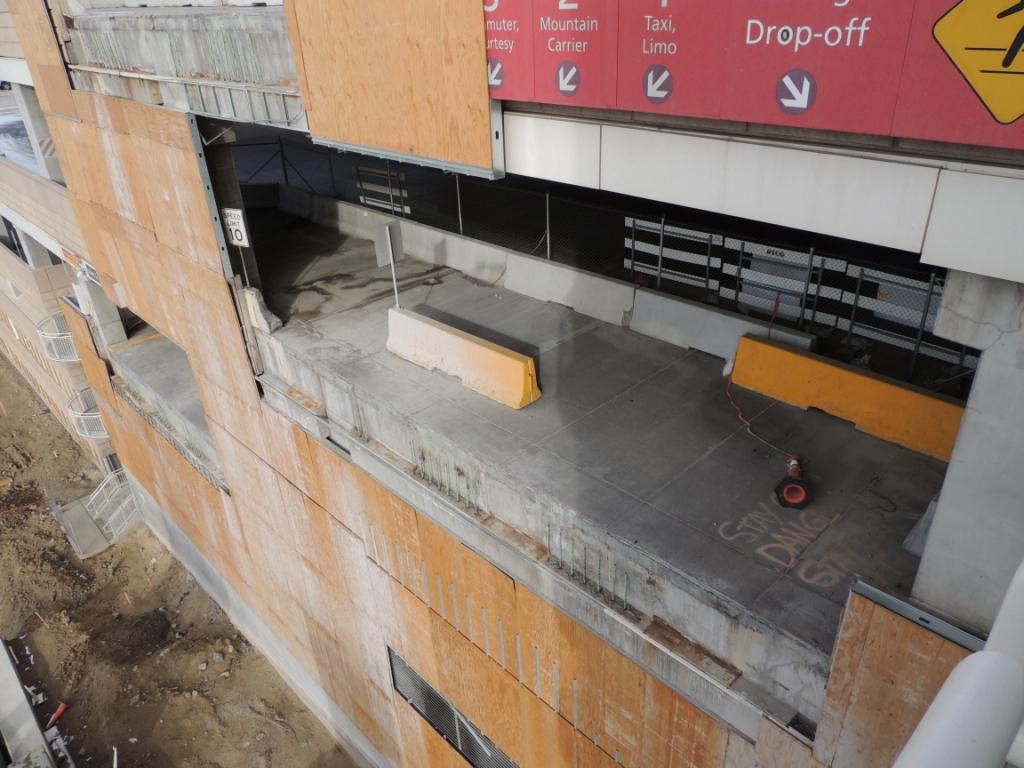 The most exciting development that we can now see are the first components of the train station and hotel’s foundation. The area that was used for construction staging and assembly has now gone vertical. Over the next few month crews will continue pouring the foundation and constructing the framework that will make up the first level of the South Terminal construction. This will become the ground level of the Westin Hotel and the future DIA Station, with access to downtown Denver and rest of the Denver metro area. 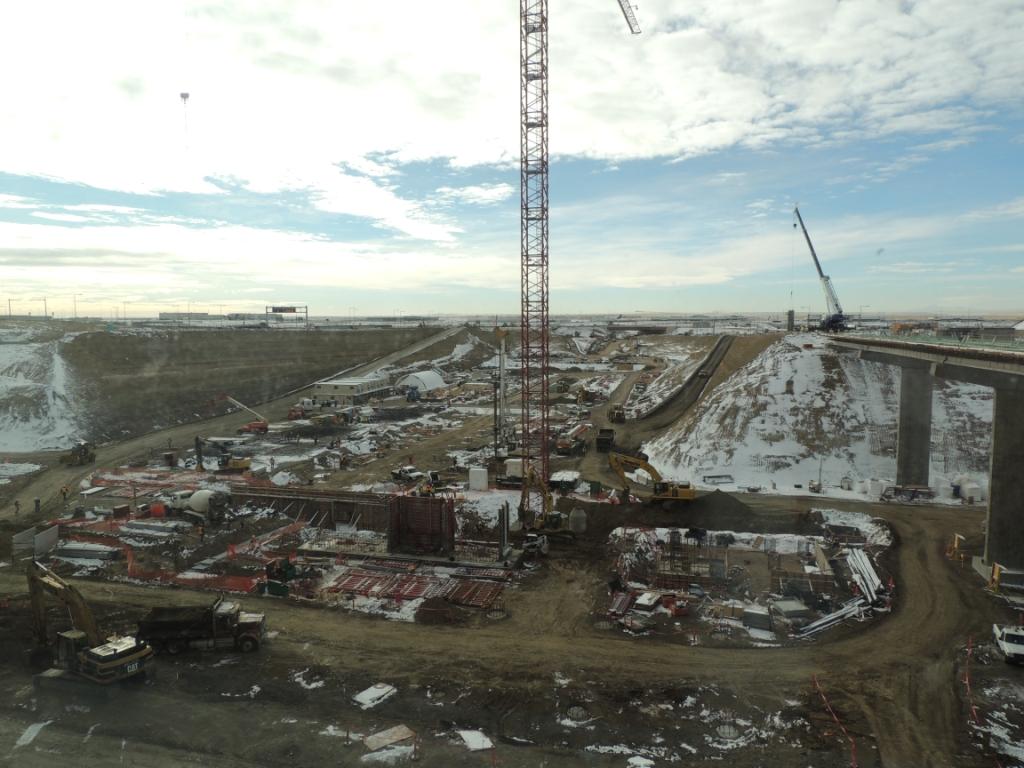 As with the rest of the East Rail Line, this spring and summer will bring a dramatic transformation at DIA. The completion of the ramps, first two levels of the future DIA Station, as well as installation of the canopy over the rail platforms is all scheduled for the next few months so keep checking back here for monthly updates or take a trip out to DIA to see it for yourself.