Between Denver Union Station (DUS) and the the first stop (38/Blake) the final overhead catenary system (OCS) foundations have been installed while basic utility work is being completed. The ground here is graded, compacted, and nearly ready for construction of the station and track installation. 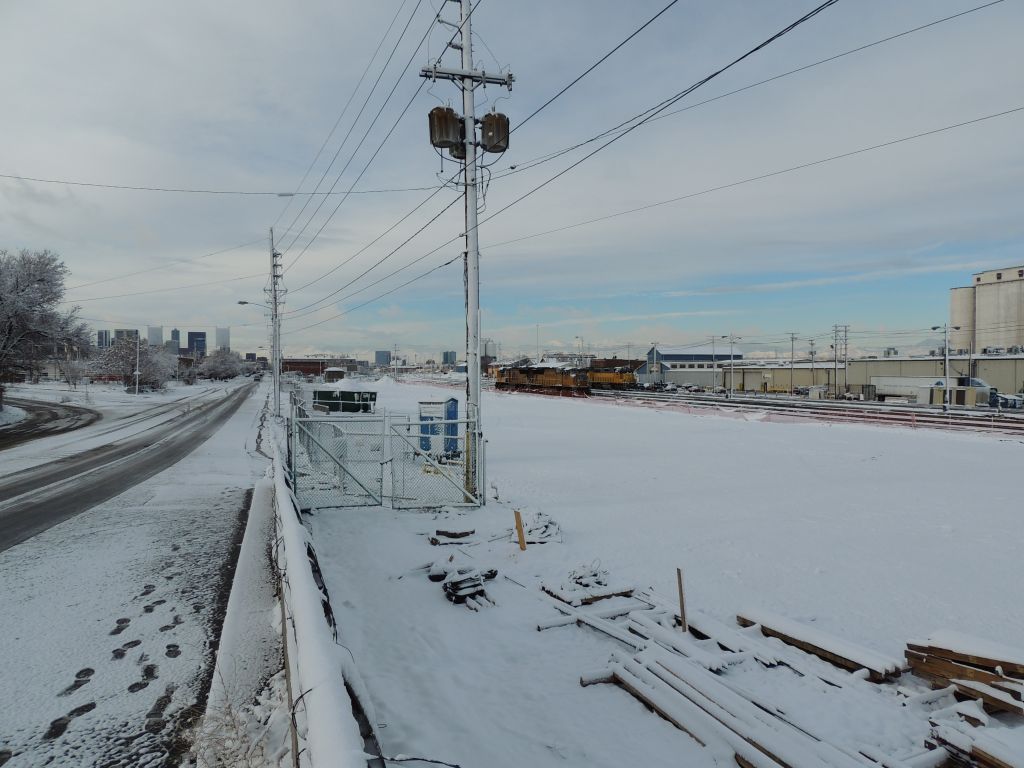 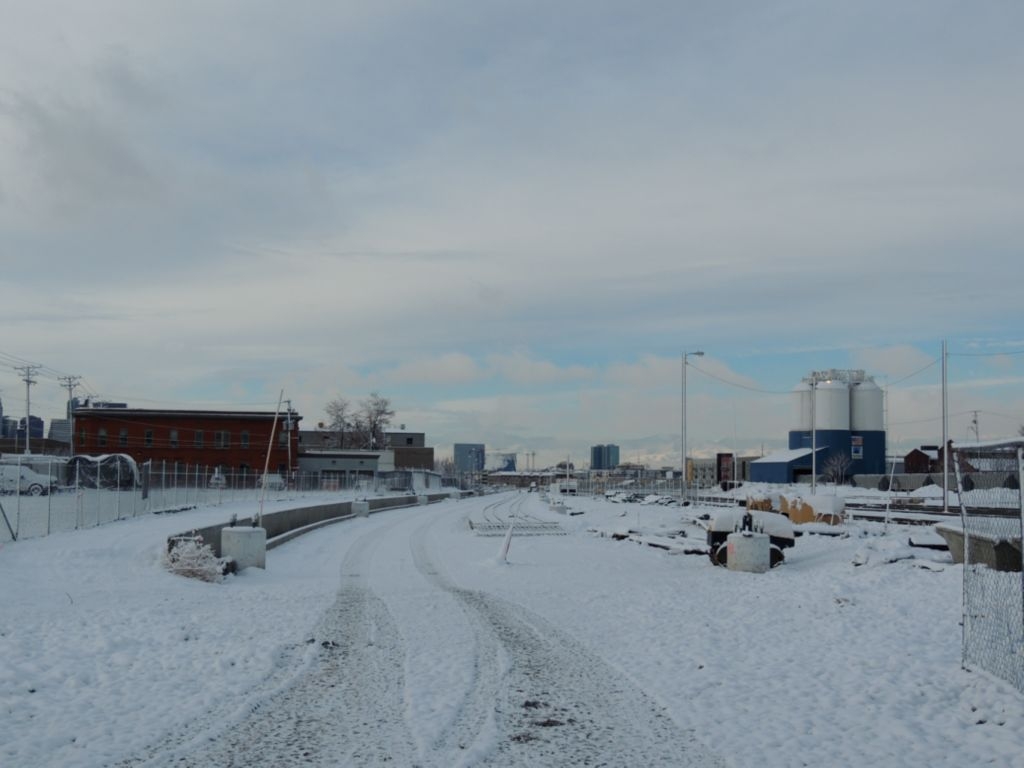 Crews have completed the girder placement for the 38th Avenue Bridge just north and east of the 38th/Blake Station site. Construction crews closed 38th Avenue over night in December to install the load baring girders and have since completed the abutment connections. Over the next few months, crews will continue working on the bridge while a a pedestrian bridge is designed just to the northeast prior to 2016 to connect the park-n-ride lot with the station platform. 38th Avenue will likely be closed a few more times before this bridge is completed. However, these closures usually occur at night so its impact to traffic should be minimal. 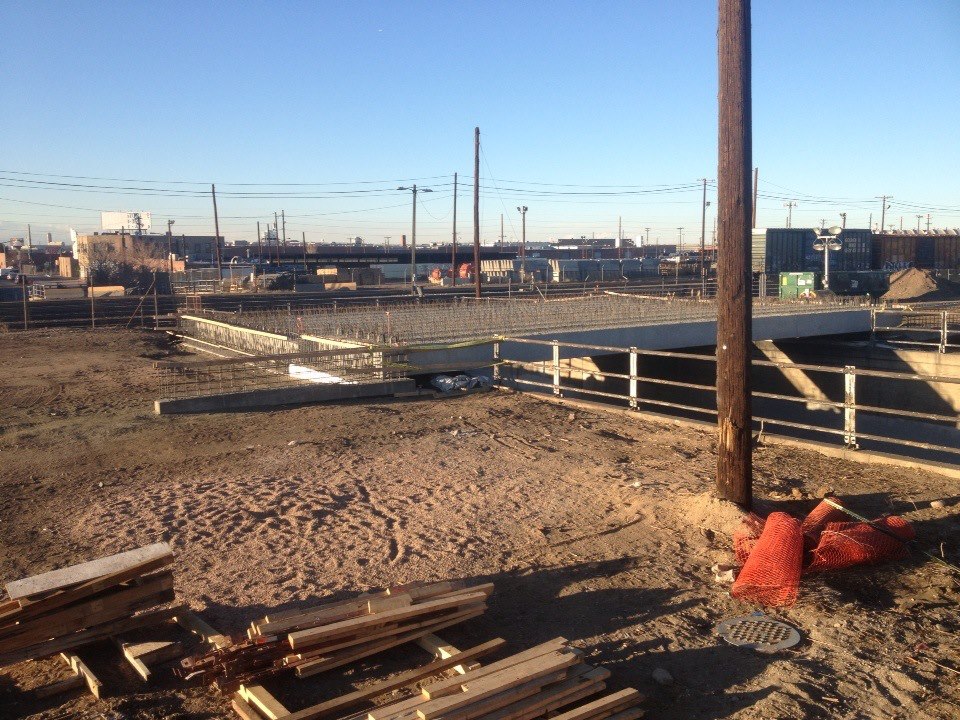 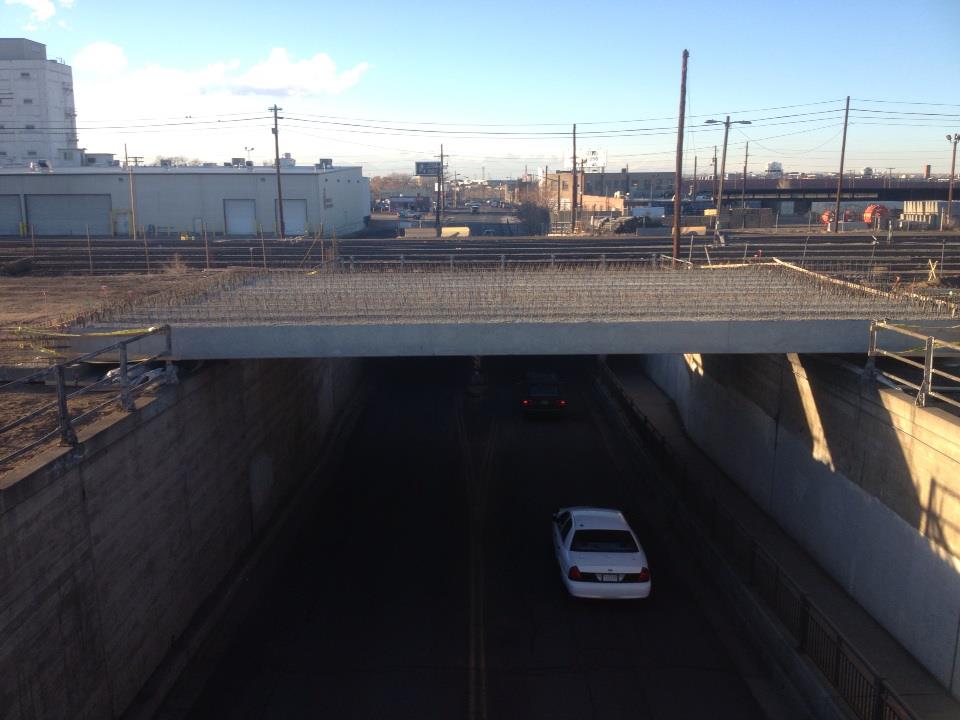 One road closure that has been the exception to that statement has been 40th Avenue, which is still closed between Walnut and Josephine Street and will be for the next year. Where the paved 40th Street was just a few months ago crews have excavated twenty feet down to install an upgraded fiber optic network, a new sanitary sewer system and storm sewers. In the coming months crews will continue implementing drainage improvements and reconstruct 40th Avenue in concrete (complete with 8 foot sidewalks on the south side of the street) allowing for the East Rail Line to be constructed on the north side. The new 40th Avenue will be an interesting streetscape design as there will be no pedestrian space along the north side of 40th Avenue, unlike its pre-construction state (if you can call a dirt pad for bus stops a pedestrian space). This will keep all pedestrian and bicycle traffic on the south side of 40th Avenue. 40th Avenue should open again to traffic sometime early next year. 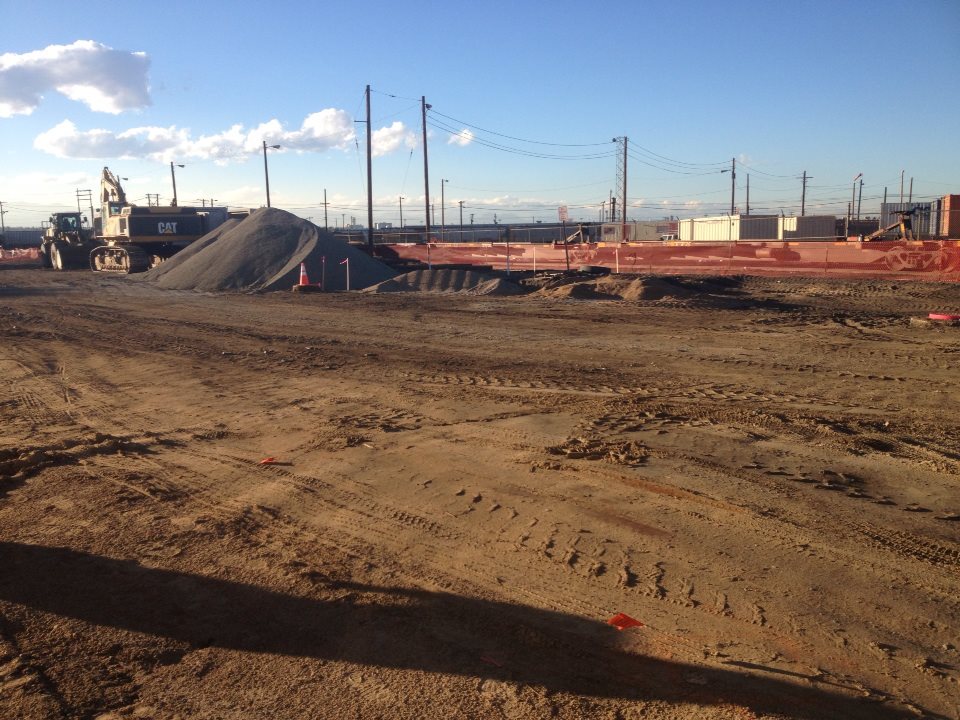 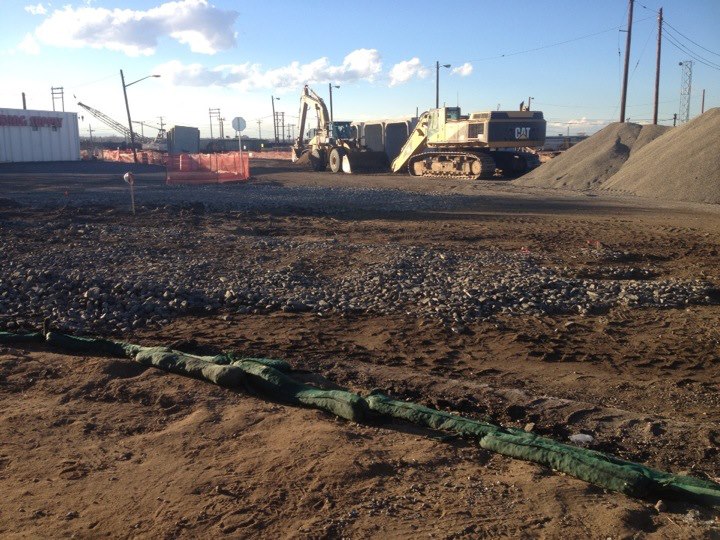 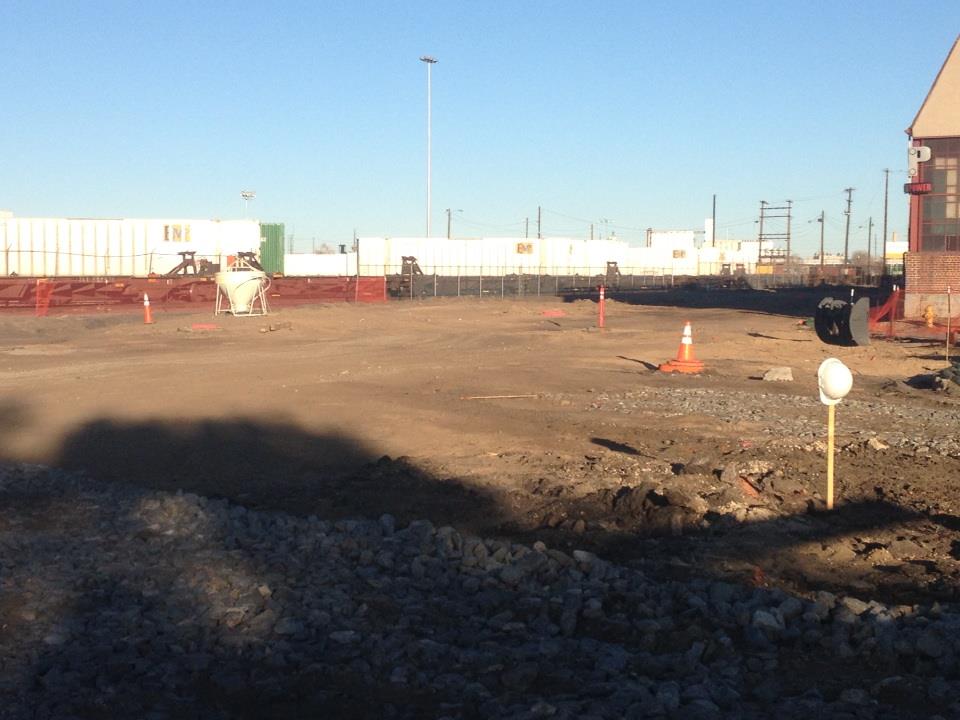 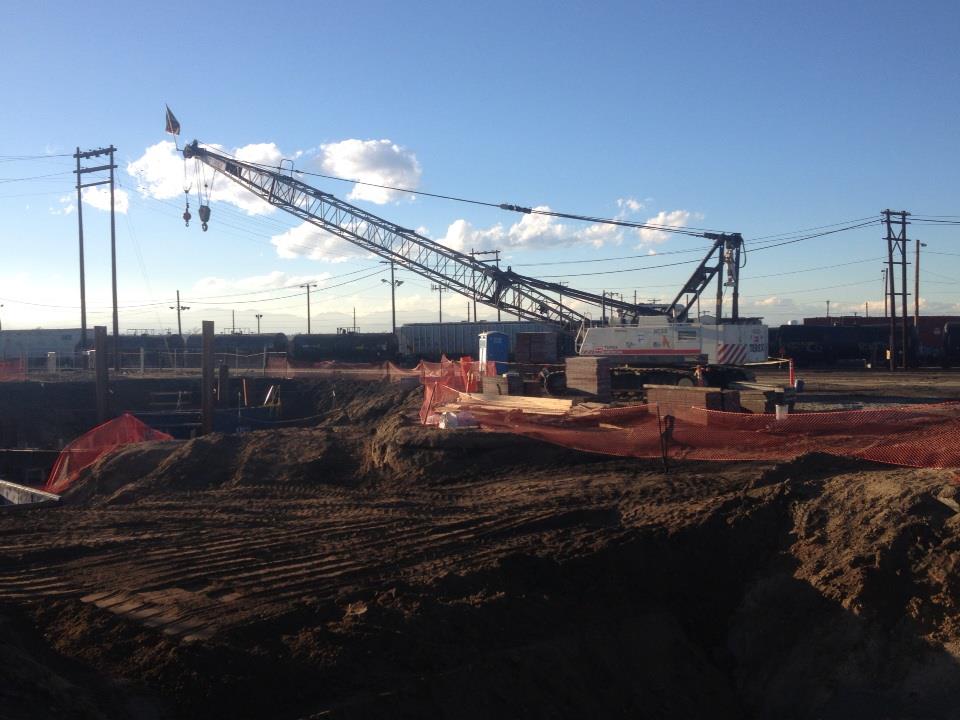 Very large (more than ten feet tall) box culverts will form the foundation of the new sanitary sewer system underneath 40th Avenue. Crews are hard at work completing the improvements, however, construction of this magnitude will take time. 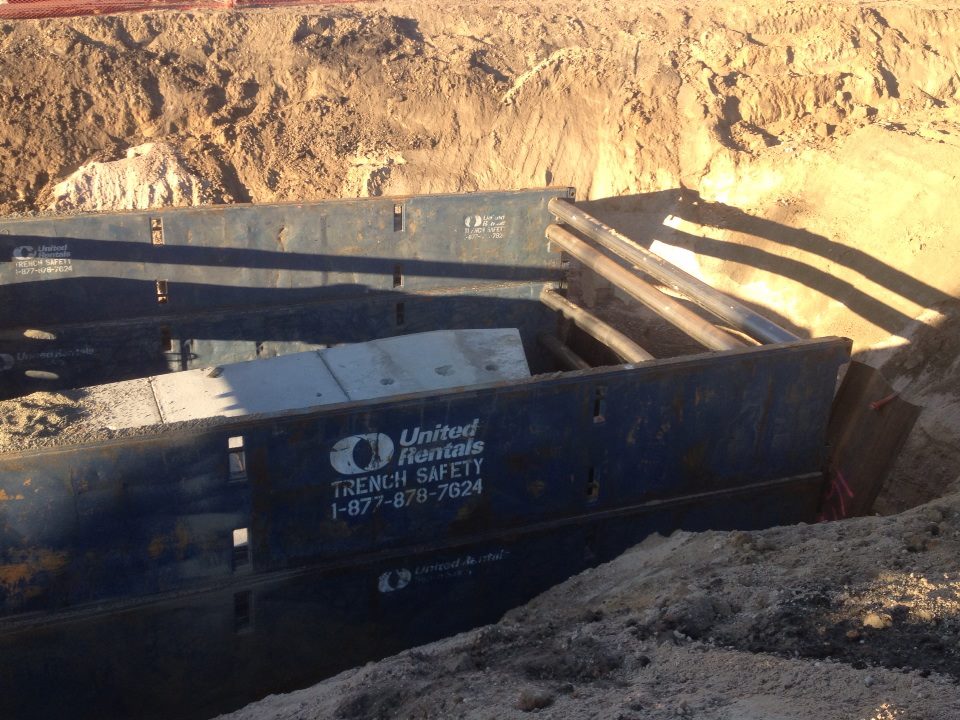 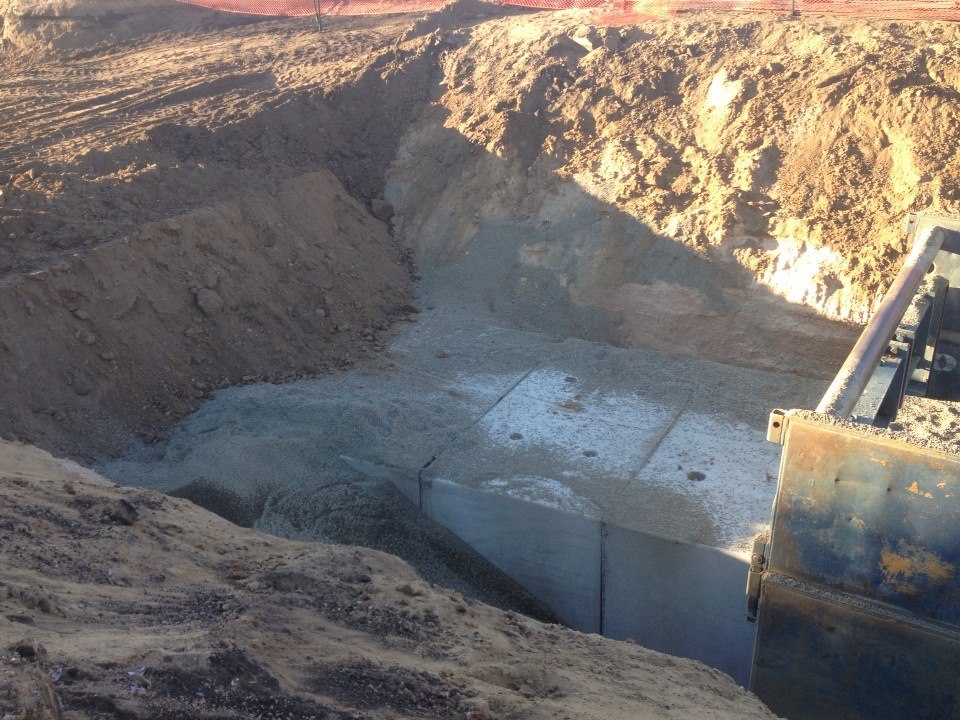 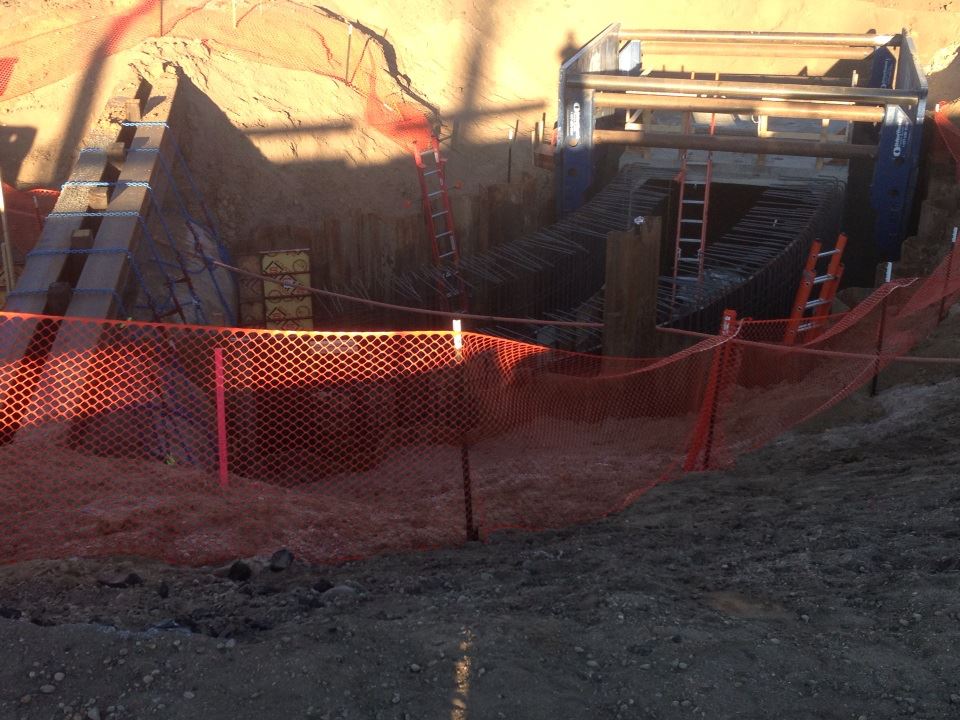 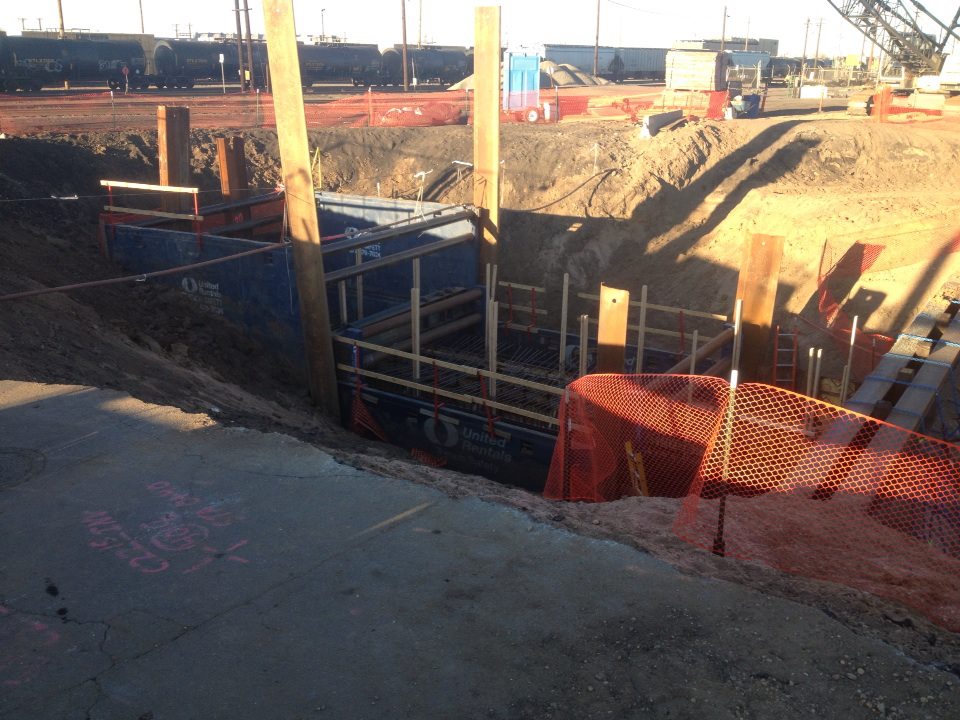 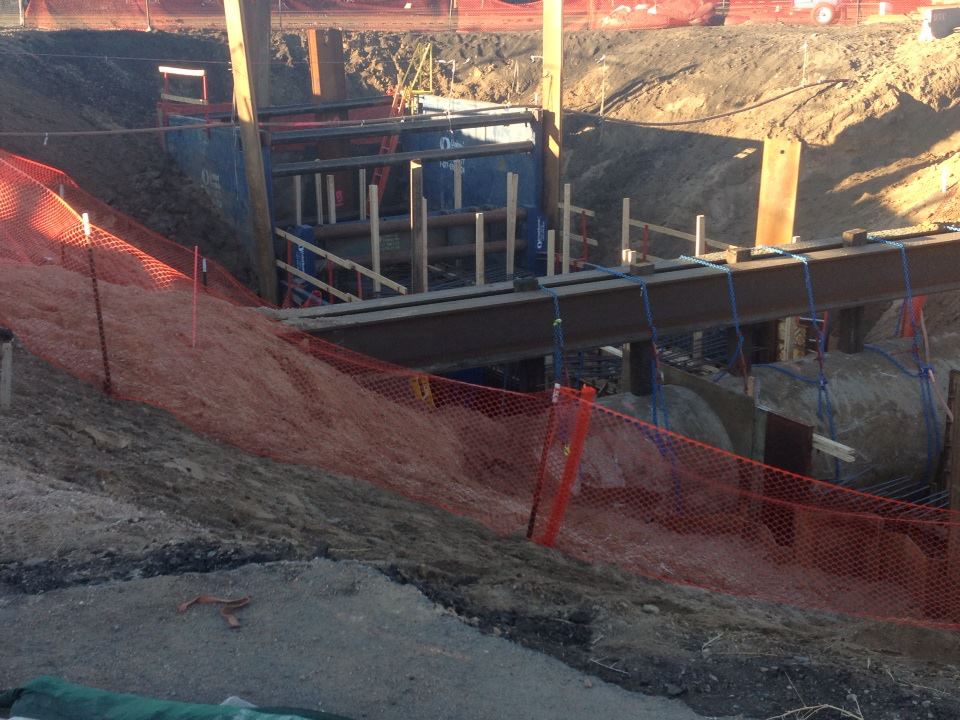 For a sense of scale, check out the tractor next to the box culverts. 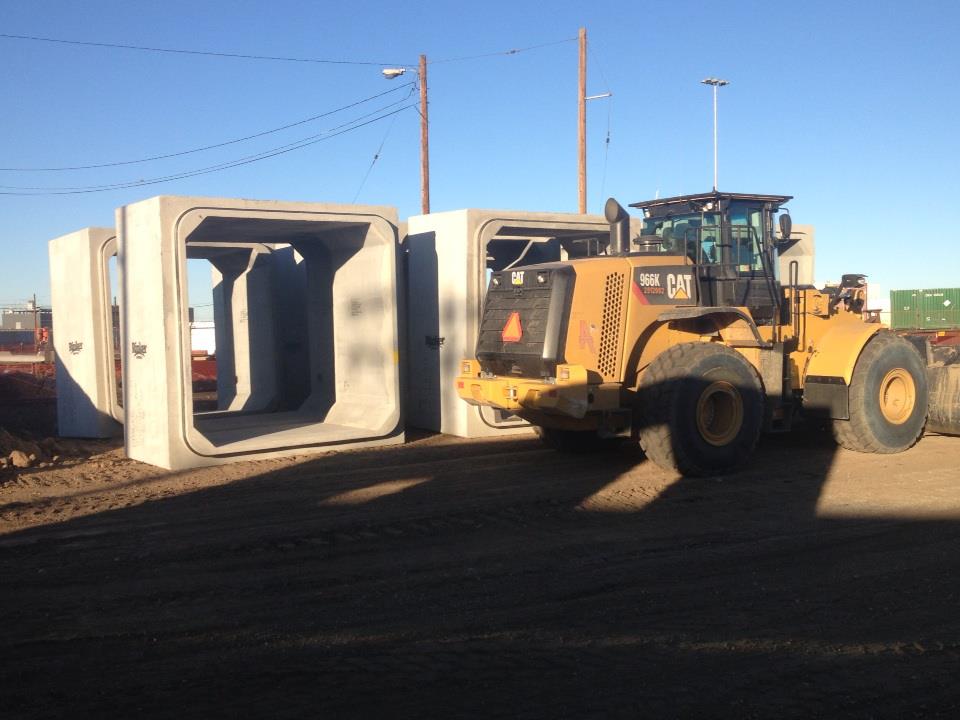 The culverts interlock and seal – just like giant blocks complete with a rubber seal. 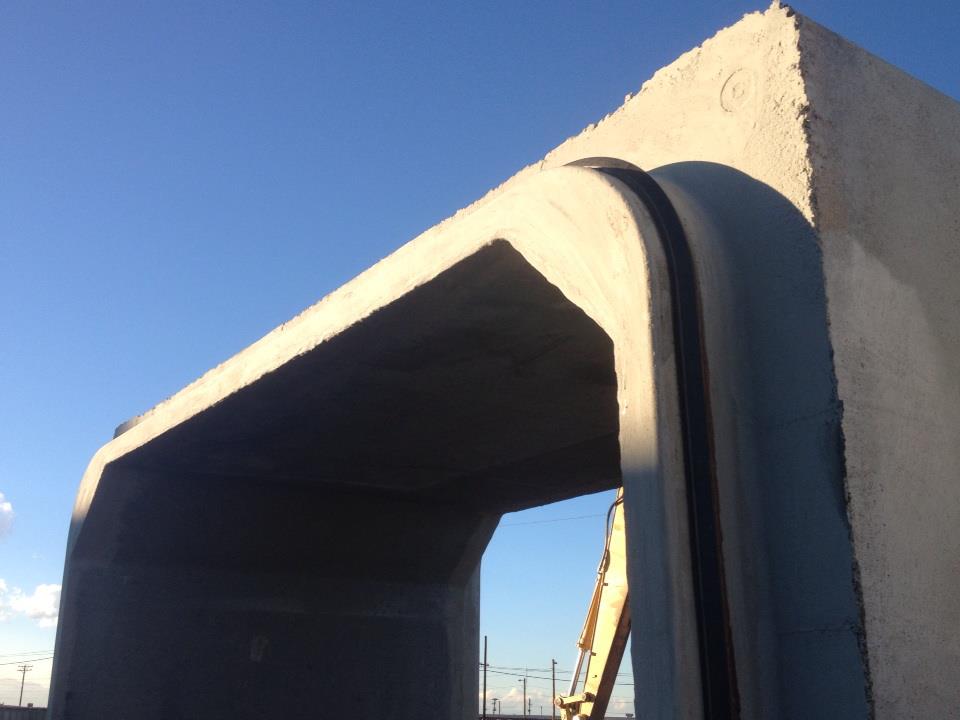 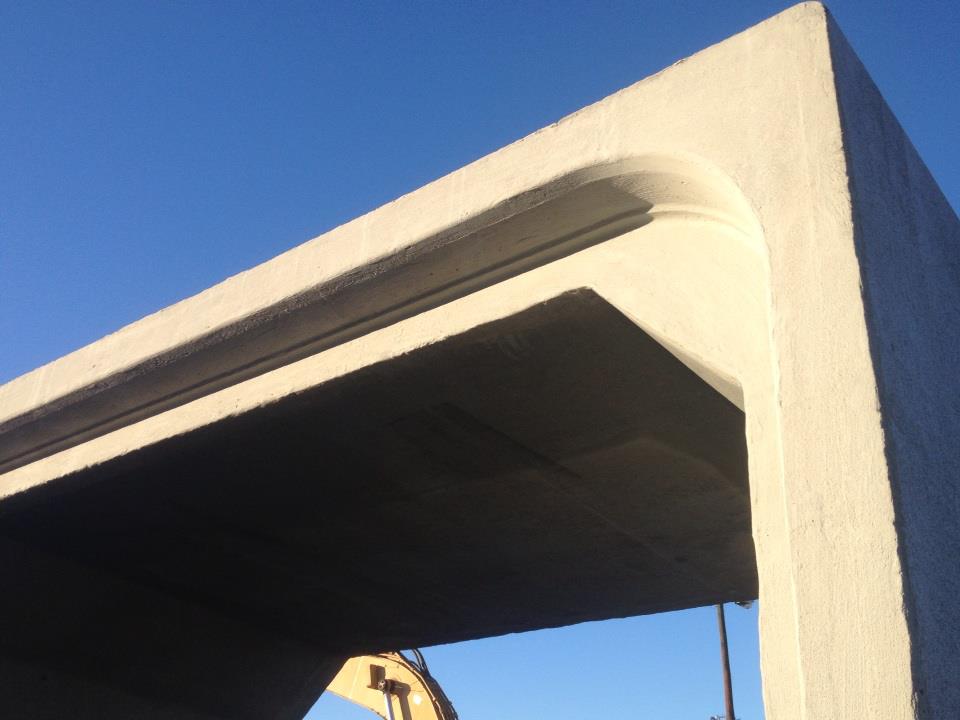 Next, we will take a look at the progress at the Colorado Station and the Quebec Bridge approaching Stapleton.