As Denver considers the possibility of streetcars on Colfax, it may be informative to learn about what other cities have accomplished.

Portland opened its first modern streetcar line in 2001, and Seattle followed in 2007. Both cities use streetcars in a decidedly different way than Denver uses light rail. Rather than shuttling commuters into downtown from far-flung suburbs, streetcar lines circulate residents of central city neighborhoods to shops, restaurants, and entertainment, plus of course jobs and homes. 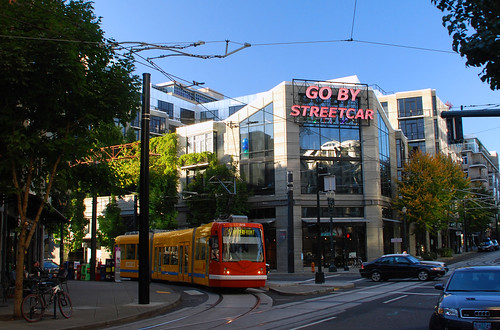 Portland streetcar. All photos by BeyondDC.com

Streetcars are the central city answer to light rail. In Denver, where FasTracks lines shoot out from Union Station in every direction except into the dense urban core, that’s a sorely needed piece of the transportation puzzle.

Since Portland and Seattle streetcars are more for shorter central city trips, their interior layout is more open than suburban commuter rail. Like Denver’s 16th Street Mall shuttle, streetcars are intended to be for hop-on & hop-off type trips. Train interiors are less tightly packed than buses or light rail. 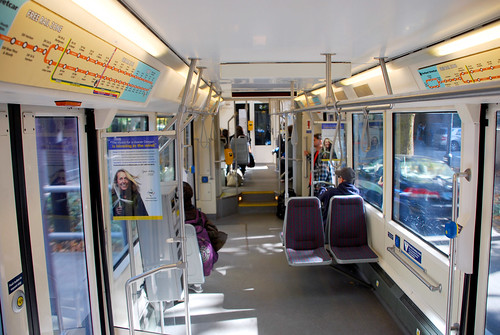 Seattle’s initial streetcar line, to South Lake Union, is pretty short. But its second line will open this year, and will bring service to Seattle’s Capitol Hill neighborhood. Just like in Denver, Capitol Hill is Seattle’s densest inner city district. 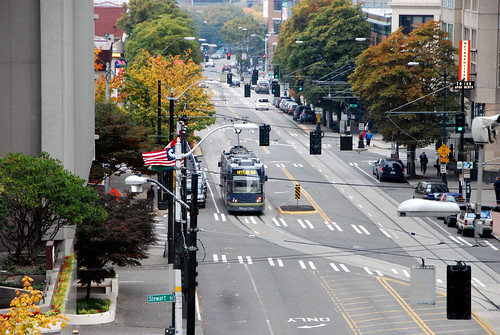 Since streetcars work together with bicycles to serve close-in transportation needs, Seattle’s Capitol Hill route has been designed to accommodate both. The streetcar line runs next to a fully protected cycletrack that was built simultaneously, as part of a joint project. 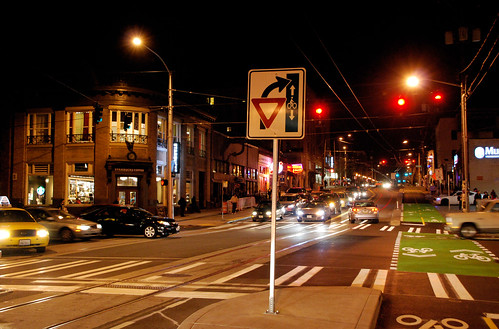 Seattle’s Broadway, with streetcar tracks on the left and a cycletrack on the right. 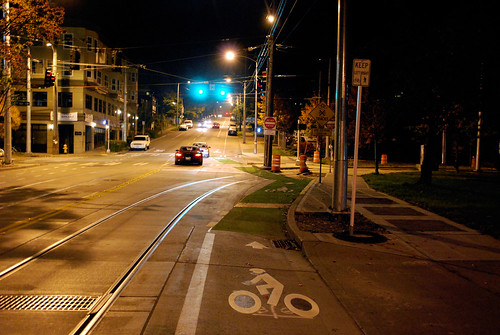 A “bike sneak,” directing cyclists to cross tracks at the safest angle. 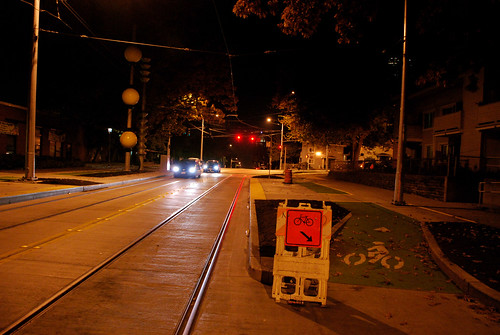 At future streetcar stops the bike lane swerves behind the stop, to avoid trains.

All in all, Portland and Seattle offer great models for Colfax, Broadway, Highlands, and other central Denver neighborhoods that need better transit.