What is the coolest, most unique neighborhood in Denver? If you aren’t thinking RiNo, give it time. You might not agree with me now, but in the next year or two, RiNo will be welcoming some pretty incredible one-of-a-kind projects. While other neighborhoods are building capacity for new residents and businesses, RiNo is making investments and taking risks that will make it stand out against the rest. Due to the number of exciting prospects coming up in the neighborhood, I’ll be covering them in a series called RiNo Rising. First up, The Source! 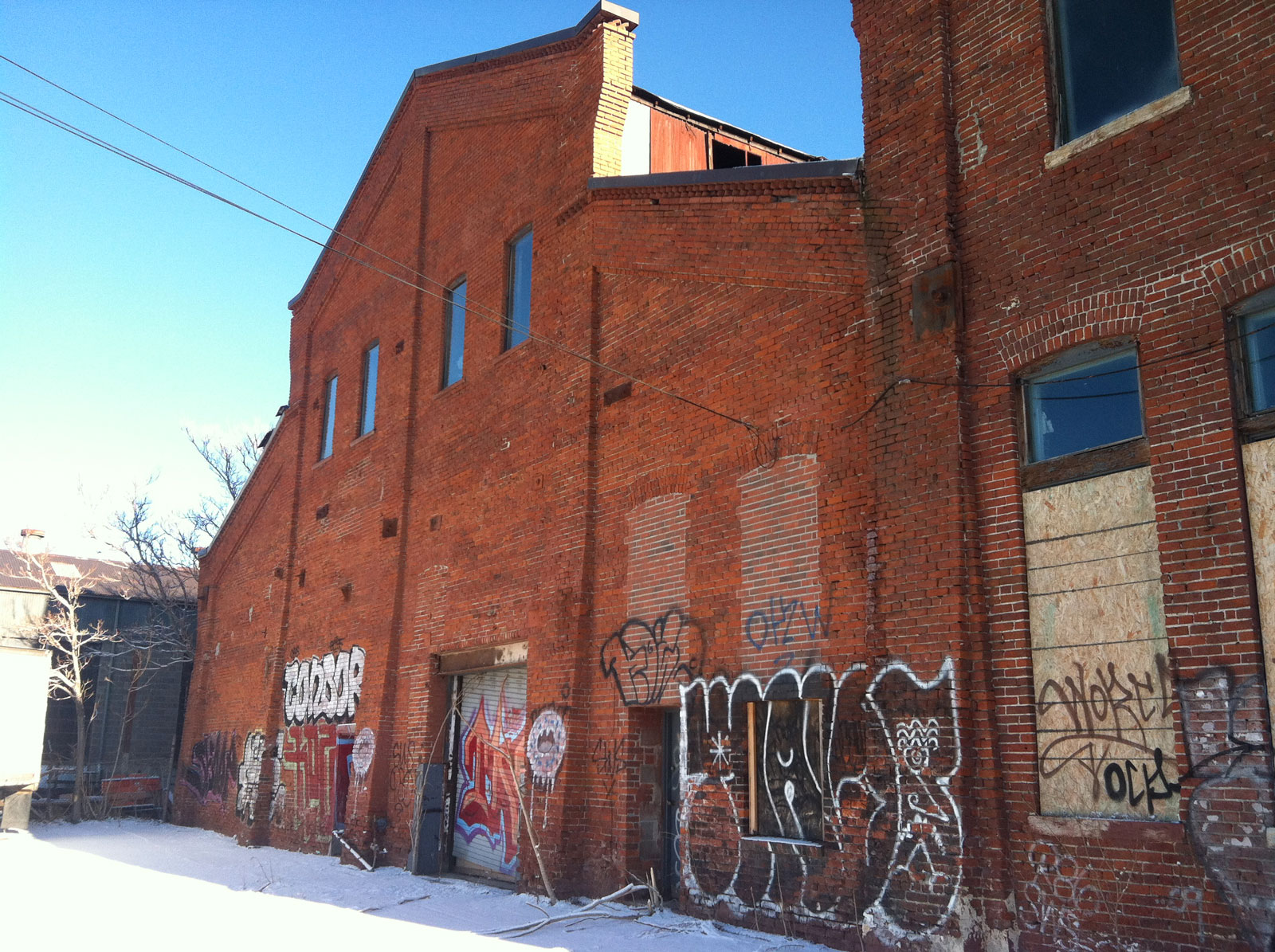 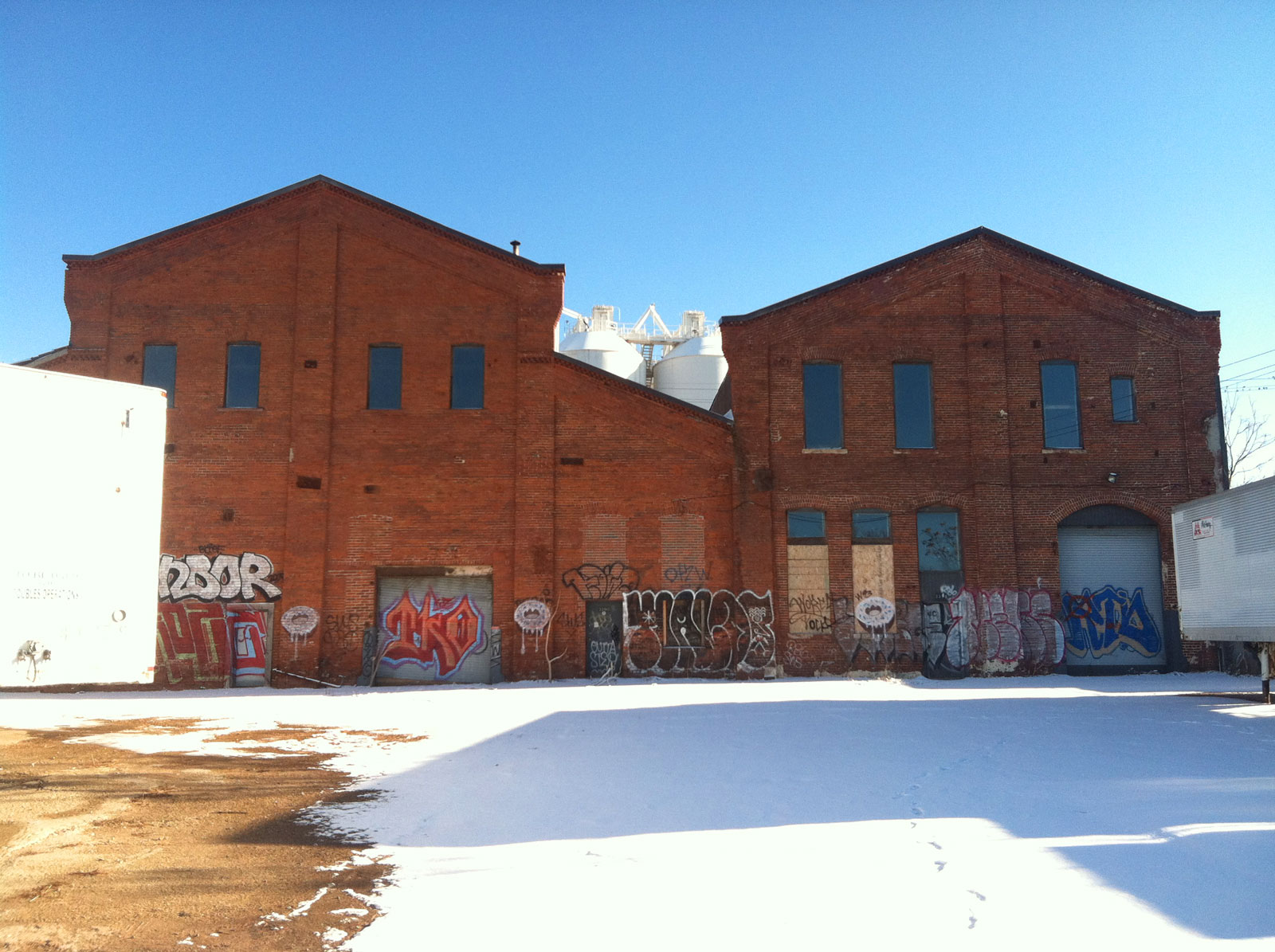 If you haven’t heard yet, Denver is about to get the kind of open-air market that we’ve all been dreaming of for far too long. In fact, it is better than I could have imagined. Thanks to Zeppelin Development, Inc., a large warehouse space at 33rd Street and Brighton Boulevard will be converted into an innovative “European-Style” marketplace.  “The Source”, as it will be called, will use 25,000 sq. ft. of space to accommodate 15-25 independent business tenants. Rather than placing tenants in kiosks or tents, each vendor will have their own space. In addition, 3-4 restaurants will serve as anchors for the project and help to keep a constant flow of people moving through. To give me a better sense of the project’s tone, Kyle Zeppelin stated:

“The project concept draws on both the industrial fabrication history as well as the creative culture of ‘making things’–by including an emphasis on artisan production uses that are otherwise not possible downtown. In this case, there are a number of tenants including (those that specialize in) coffee, bakery, candy making, cured meats, and brewing that benefit from the new mixed zoning (IMX 8).” 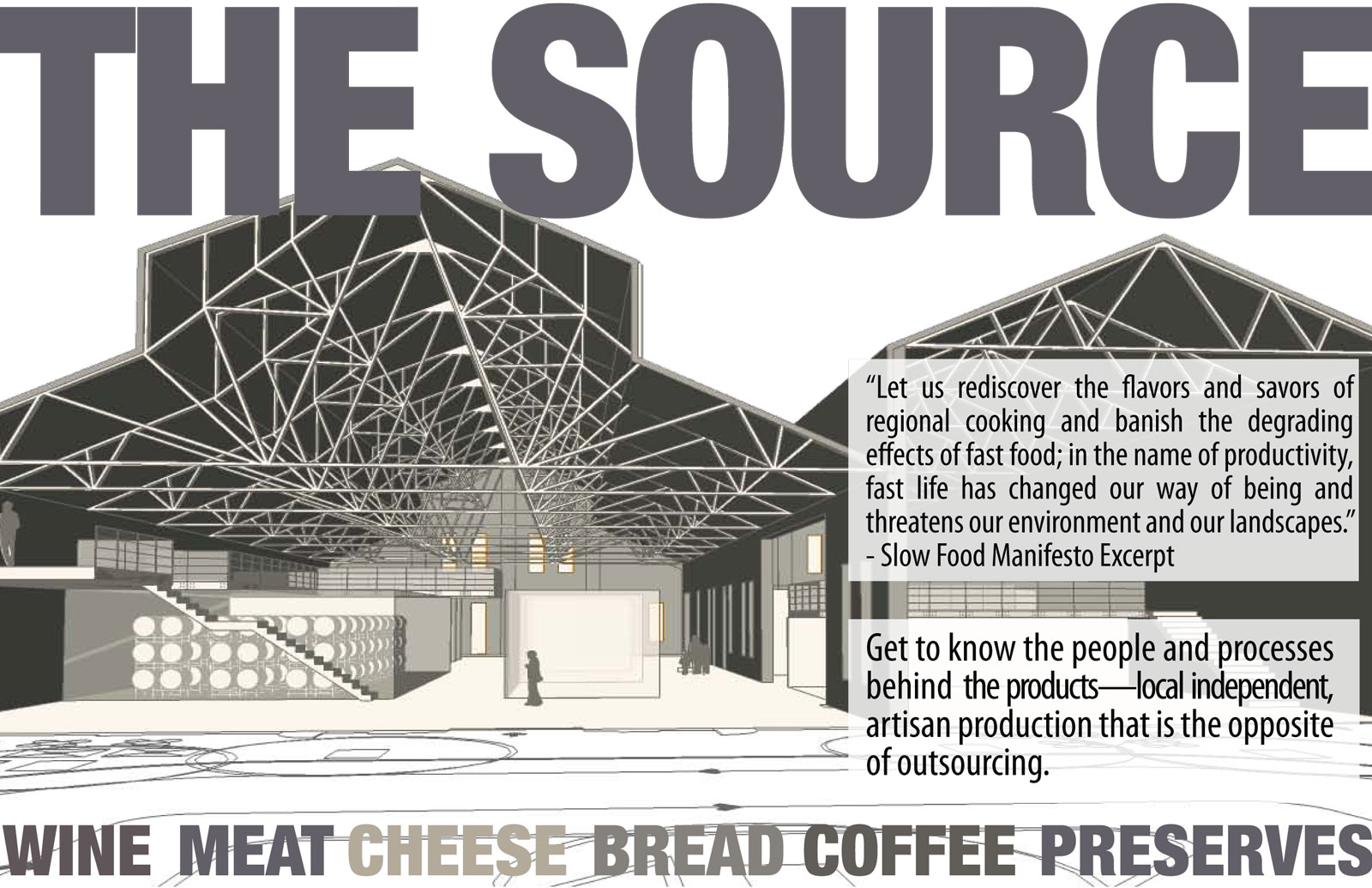 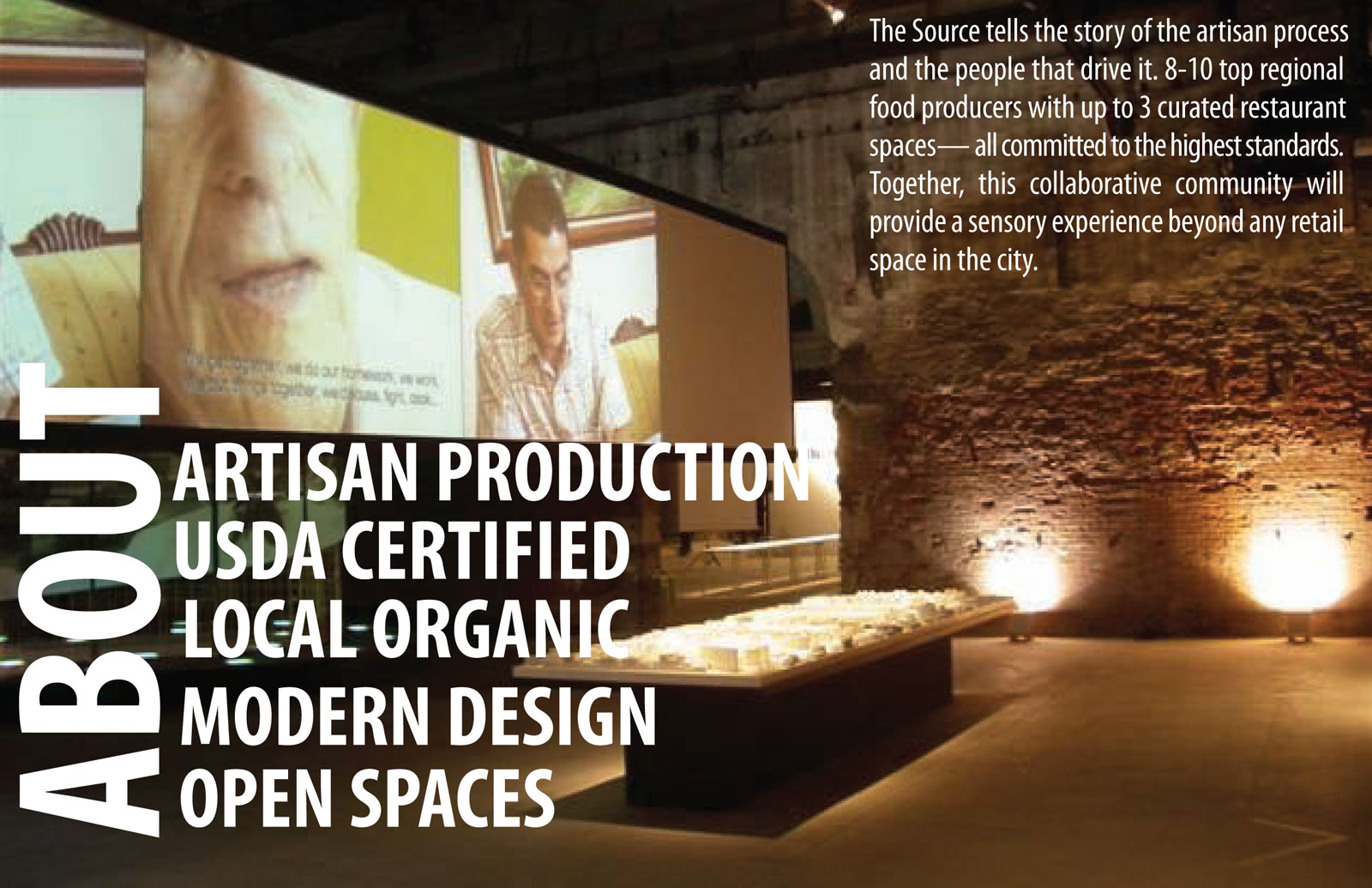 The historic 1880s former foundry building was more recently used as a building materials supply warehouse, but will soon host an eclectic array of culinary experiences. This style of marketplace will be unlike others as the focal point will be removed from just selling things, and built into a more robust experience. The Source will explore the avenue of marrying passion with curiosity. Instead of simply meeting the artisan, individuals will have the opportunity to indulge in a Mr. Rogers-esque moment and will witness the merchant bringing their product to life. 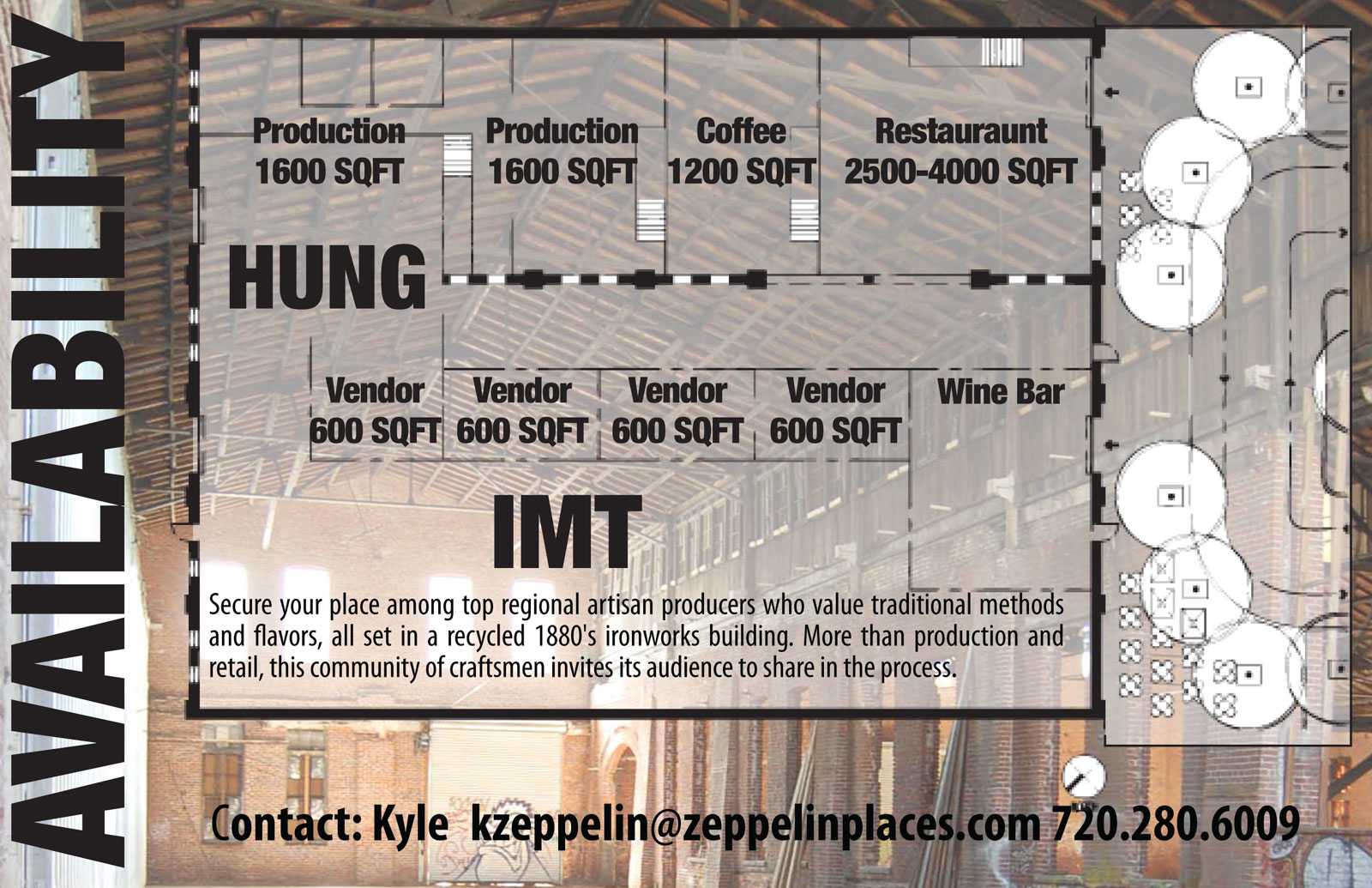 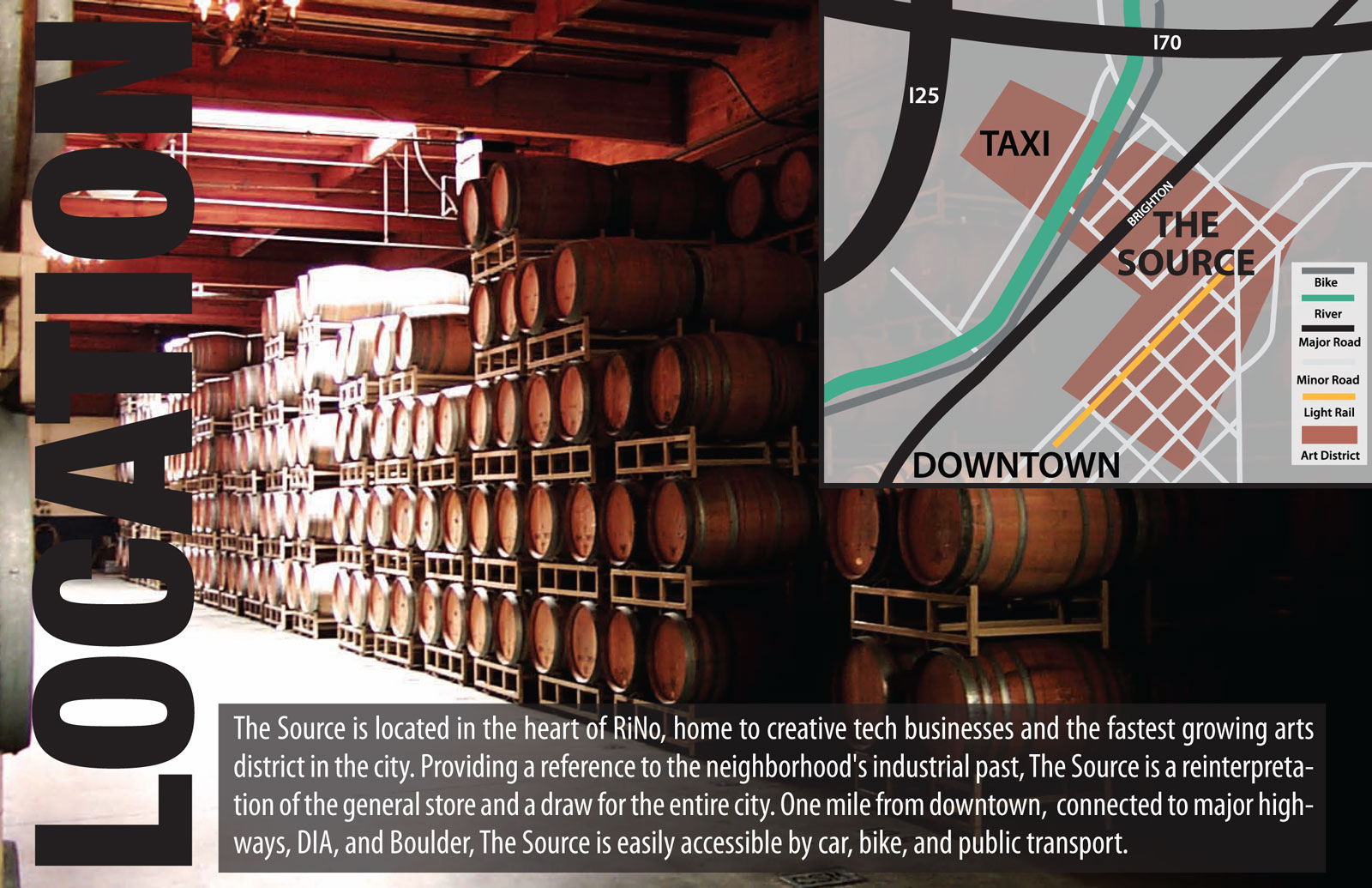 Unlike previous market projects in the city, The Source will take a different approach. Embracing the local climate, the product assortment will steer away from perishable items and focus on dry goods. This will ensure that activity is maintained year-round, rather than just a few months out of the year.

To get a better sense of what’s to come, similar models include Melrose Market in Seattle and Oxbow Market in Napa. While The Source is still in the design phase, an opening for the first round of tenants could happen as early as January, 1, 2013.