This is one of two special DenverUrbanism blog posts looking at the preliminary plans by two development teams competing for the opportunity to renovate and redevelop Denver’s historic Union Station building. You can view the post about the other team’s plan here.

As you may know, Union Station Neighborhood Company (USNC) is the team comprised of East West Partners and Continuum Partners that won the master developer job for the new construction at Union Station. They recently revealed their proposed ideas for the reuse and renovation of the historic station, which they plan to formally submit as part of RTD’s process to solicit proposals from the development community later this year.

USNC has put together a PDF brochure describing their historic reuse plans (from which the images below were taken). You can download the full PDF using this link (8 MB), or you can click here to view it as an online book.

The USNC plan would restore the grand train room into a transit waiting area with a cafe and lounge, along with transit-supportive uses such as an information kiosk, newsstand, business center, and retail in and around the train room’s edges. Restaurants and retail would be located on the ground-floor of the north wing, while a public market would anchor the ground-floor of the south wing. Commercial office space would occupy the upper floors on the wings.

First, the ground-floor plan, which also shows the two new “wing” buildings to be built on either side of the historic station: 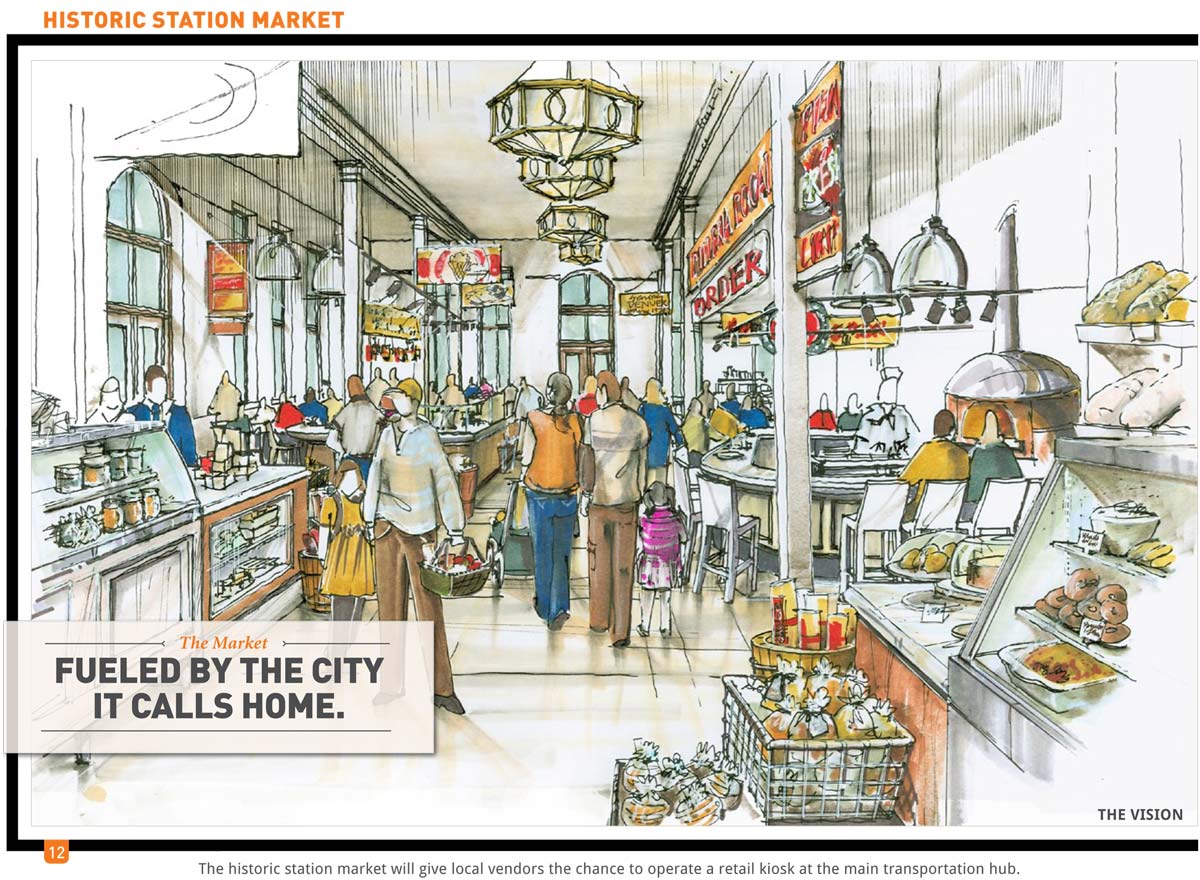 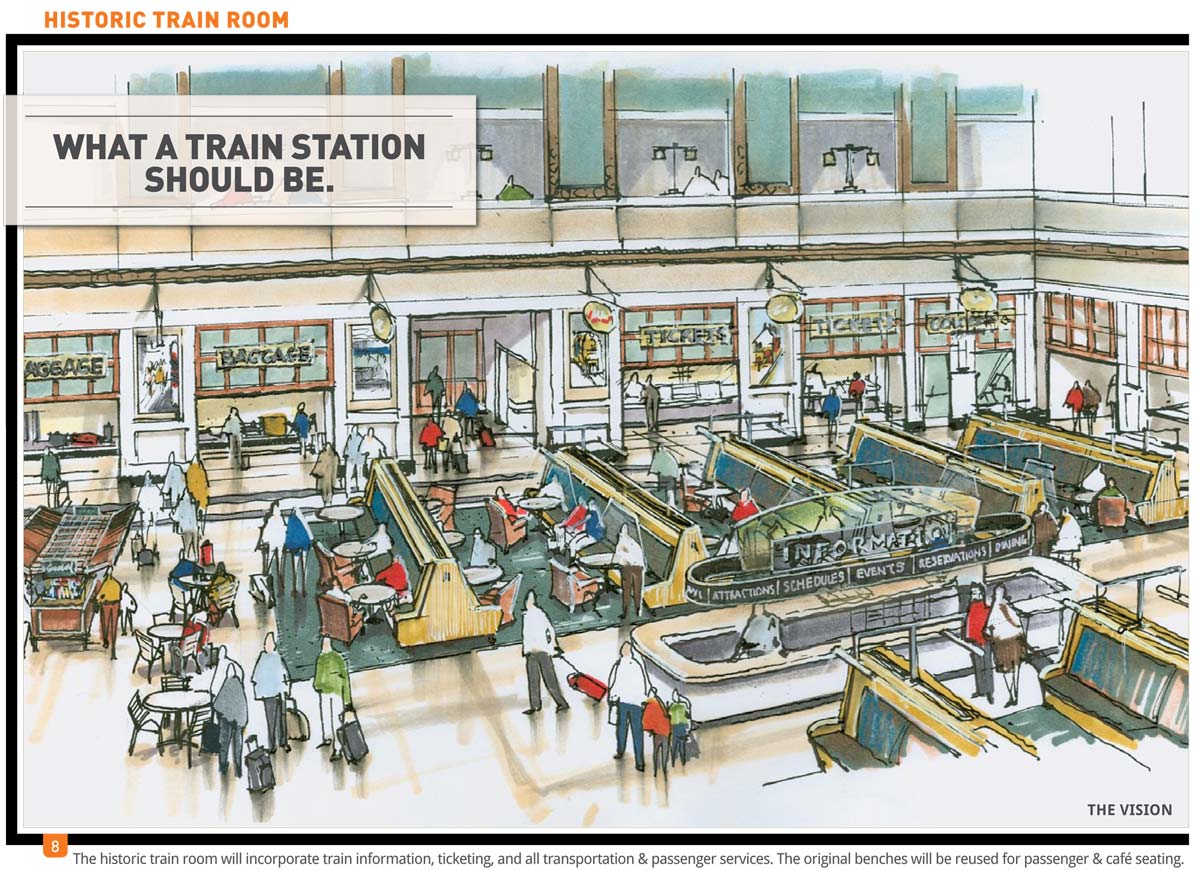 And finally, another rendering showing how the public market can spill out onto the new Wynkoop Plaza during nice weather: 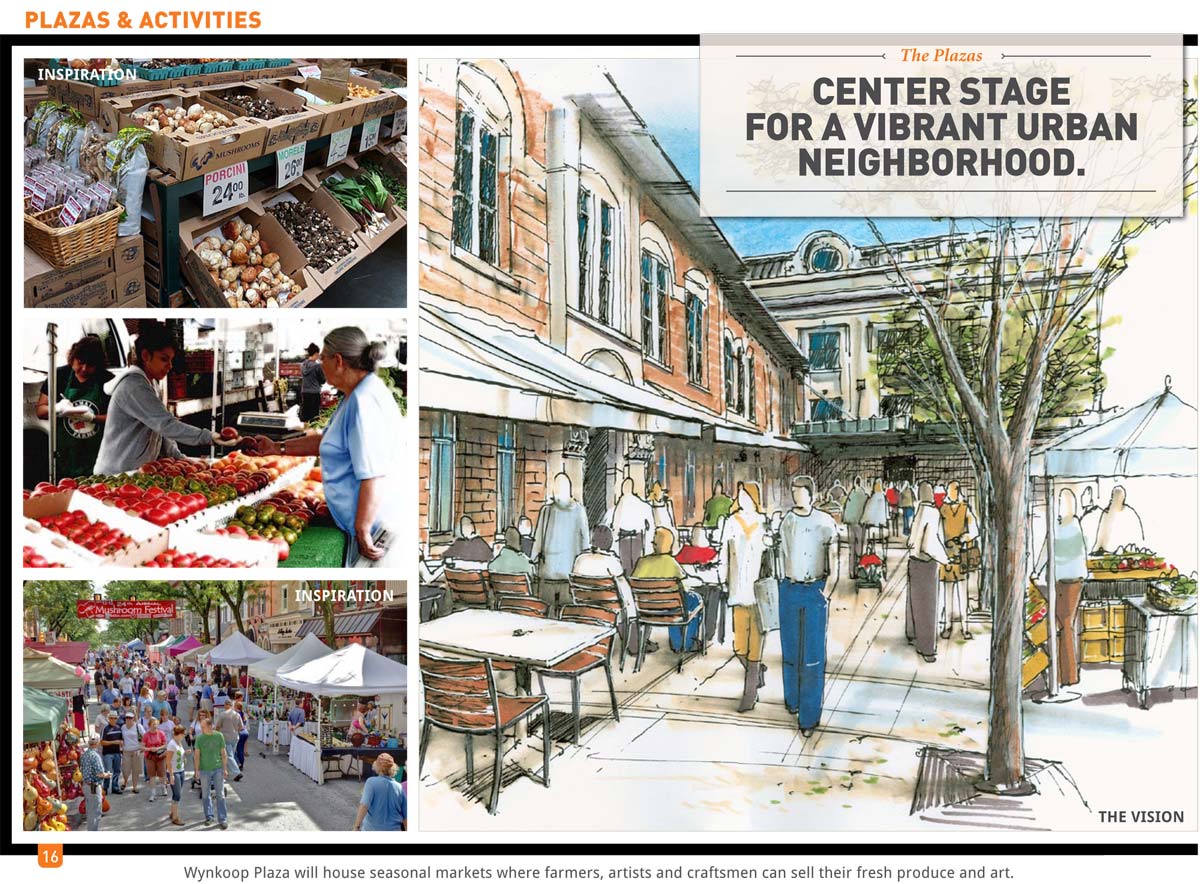 Many thanks to Frank Cannon at USNC for the images and information!