This is one of two special DenverUrbanism blog posts looking at the preliminary plans by two development teams competing for the opportunity to renovate and redevelop Denver’s historic Union Station building. You can view the post about the other team’s plan here.

DUSRT is comprised of  the following firms: Urban Neighborhoods Inc., Oxford Hotel, Sage Hospitality, Larimer Associates, Tryba Architects, JG Johnson Architects, and Milender White Construction. The main concept behind the DURST proposal is to incorporate a hotel use into the mix.  Here are a few paragraphs I received from the DURST describing their proposal:

A Denver based team hopes to revitalize the property with a combination of destination retail and boutique hotel.  The group includes Sage Hospitality, Larimer Associates and Dana Crawford, preservationist.  Architects are David Tryba and Jim Johnson, both veterans of multiple historic building hotel conversions.

Sage Hospitality operates 63 hotels nationally, eight of which are listed on the National Register of Historic Places.  Larimer Associates owns Larimer Square which was originally developed by Dana Crawford.

The adaptive reuse plan for DUS features the 11,000 sq. ft. great hall as “the city’s living room” open to travelers, visitors and hotel guests at all hours of day and night, 365 days a year.  The hotel will include 100 rooms, each with a story from Colorado’s railroad memories.

Approximately 30,000 sq.ft. of restaurants and retail establishments would open onto the plaza and interact with the great hall.  Architecture details will preserve the character of the landmark.

Contractor Milender White under the direction of Scott Conrad had estimated development costs at approximately $40 million.  Walter Isenberg, president of Sage Hospitality says his company’s studies of project feasibility predict success particularly because of proximity and synergistic uses with the Oxford Hotel, its parking, spa, and meeting rooms.

“If our team is selected by RTD, we hope to create a new threshold of hospitality for Denver and the West, bringing a lot of pride to this community” Dana Crawford said.

Here are a few images the Denver Union Station Redevelopment Team has shared with DenverUrbanism. First, the ground-floor plan (left) and the basement plan (right): 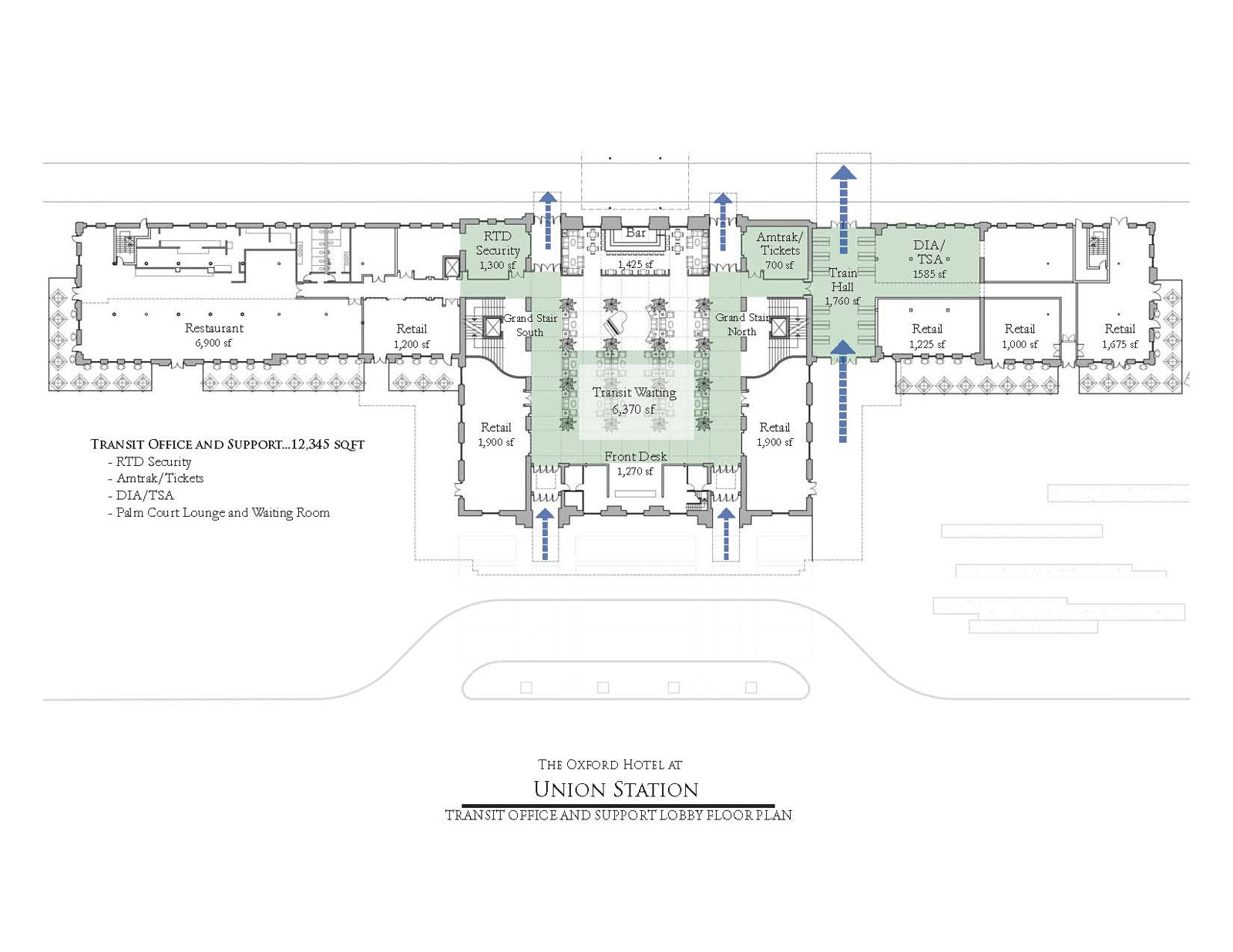 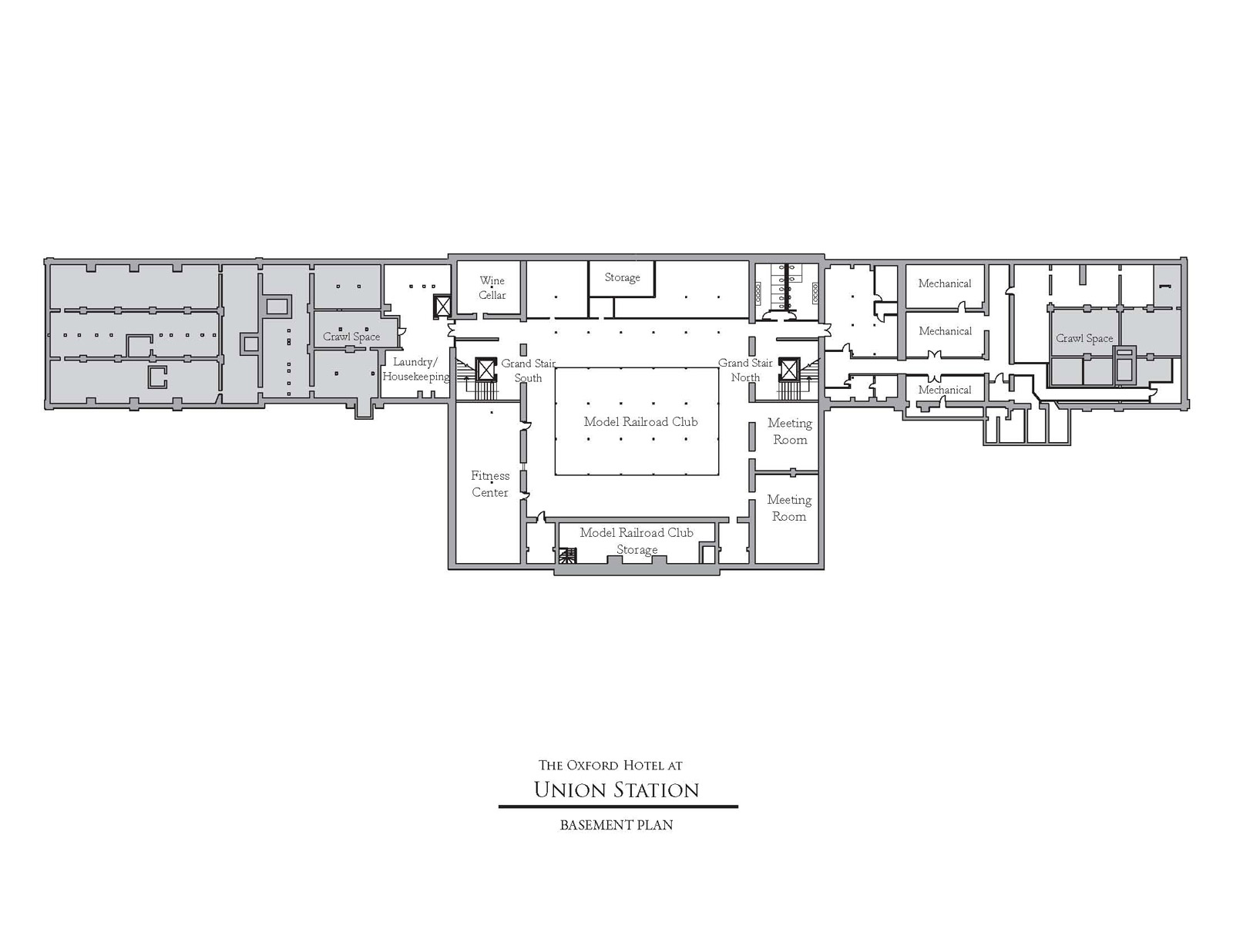 and here are a couple more images showing a concept of the Wynkoop entrance and some historic images of the station: 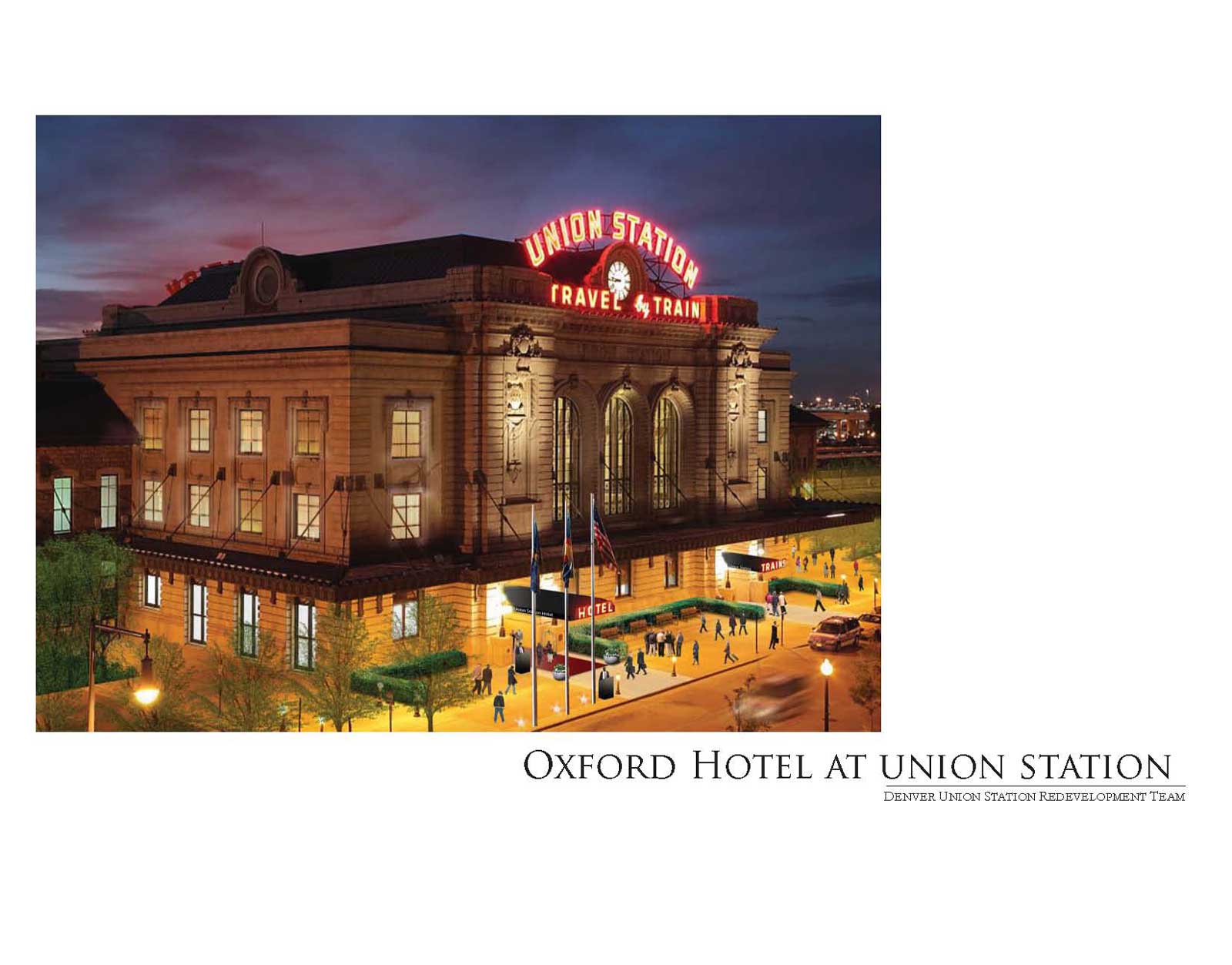 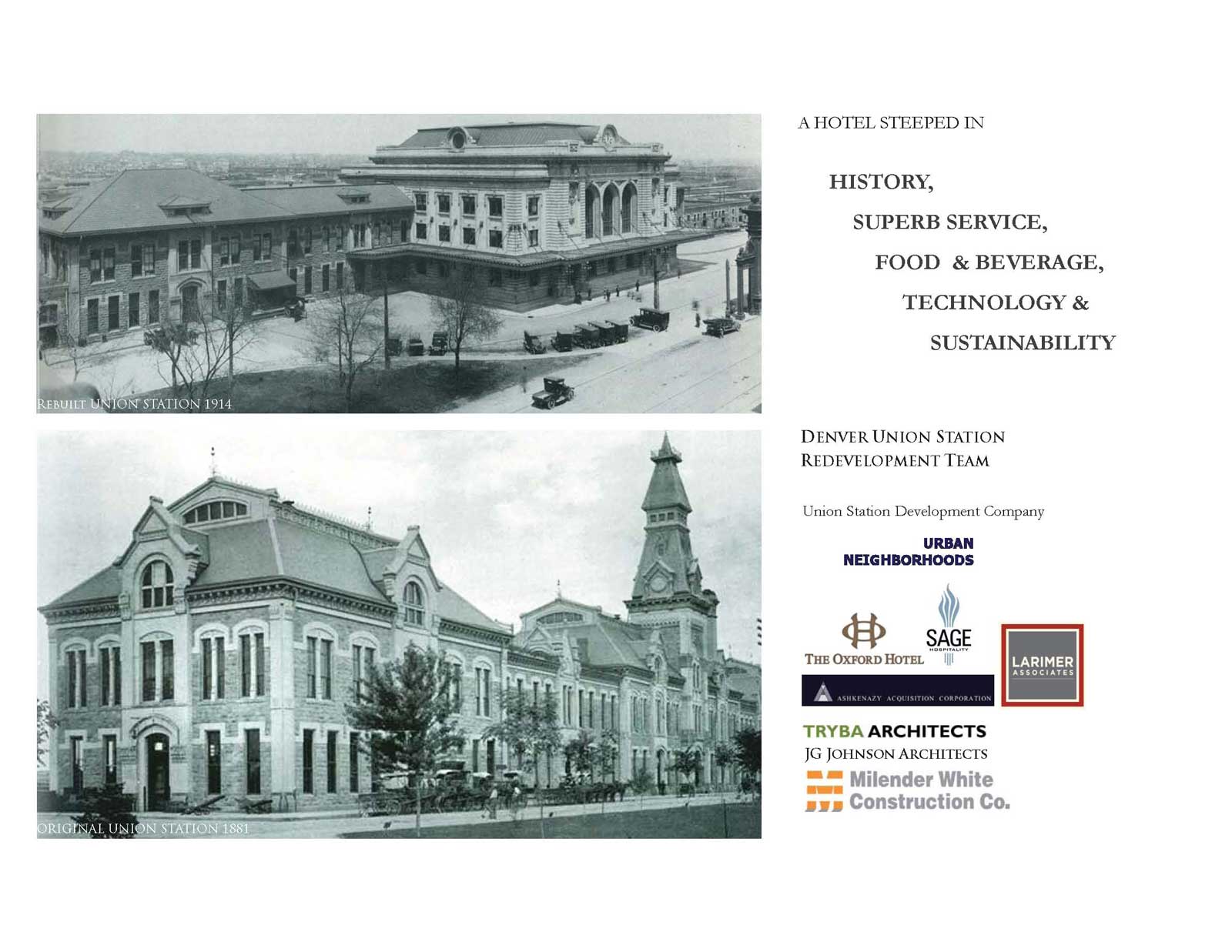 My appreciation to Dana Crawford for the images and information!