The Curious Case of Non-Conforming Buildings and Neighborhood Character

If you have ever attend a city planning meeting, one of the most often heard phrases is “preserve neighborhood character.” Residents say that the existing character of the neighborhood is ideal and that all new development should conform to the neighborhood’s current building forms and aesthetic. This sentiment has been codified into a set of local laws called the Denver Zoning Code. The code effectively dictates what sorts of buildings are allowed in a given neighborhood. Residential zone districts generally relate to height, setbacks from the streets, lot sizes, and number of units allowed. The vast majority of residential areas in the city are zoned to only allow one detached house on any given lot.

If zoning exists, for among other reasons, to preserve neighborhood character, why are there so many examples of buildings standing today that are in violation of the zone district of which they are a part? Take Washington Park West as an example. Aside from some small commercial districts on Lincoln and a few blocks of multifamily housing, this neighborhood is zoned almost entirely for single-family homes. It is true that single-family homes dominate the neighborhood, but they are not, in fact, the only building type present. The neighborhood is permeated with dozens of duplexes and many of them are over one hundred years old. A similar situation exists in neighborhoods like Alamo Placita, Country Club, Whittier, Cole, West Highland, and Congress Park. 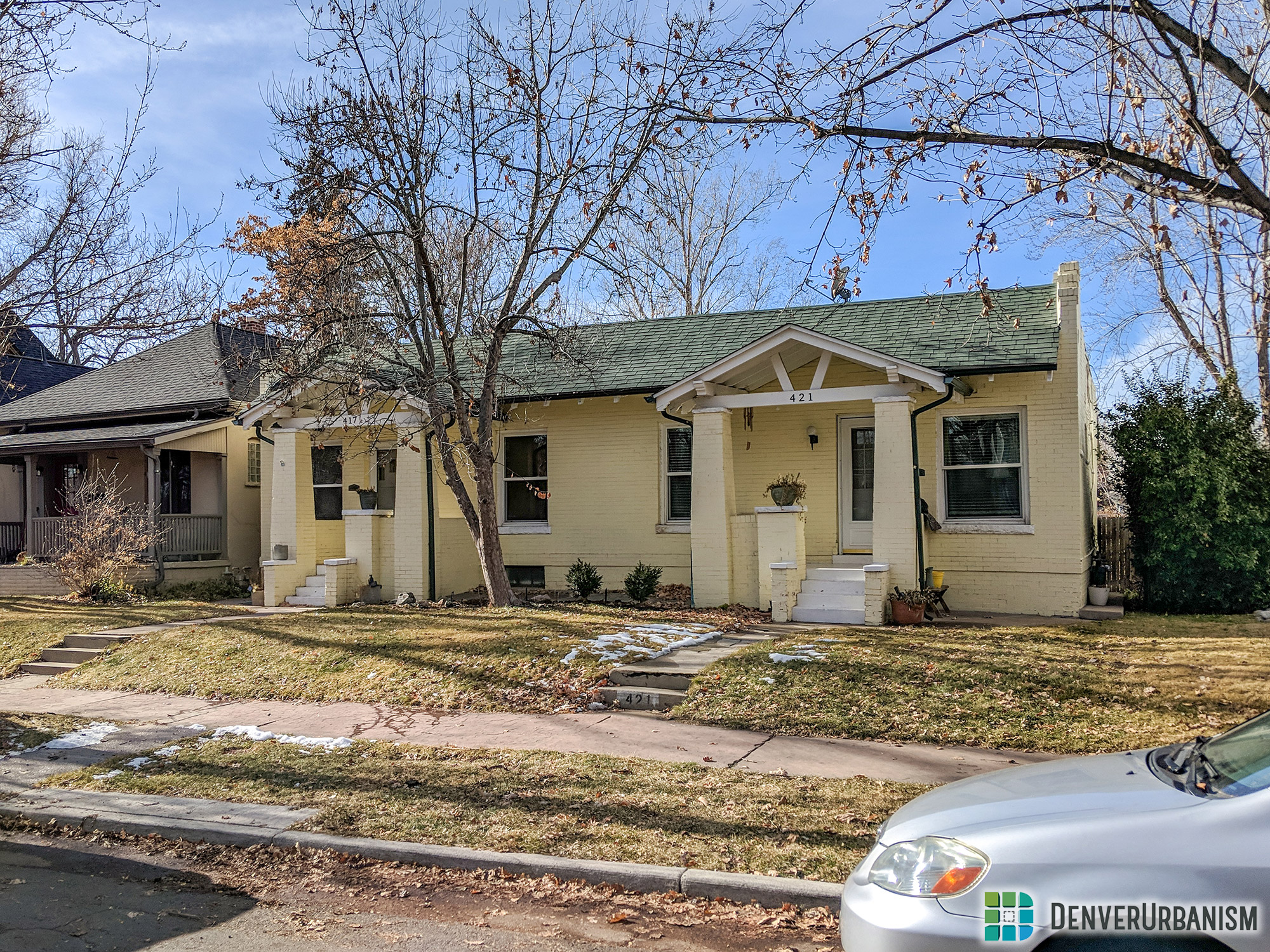 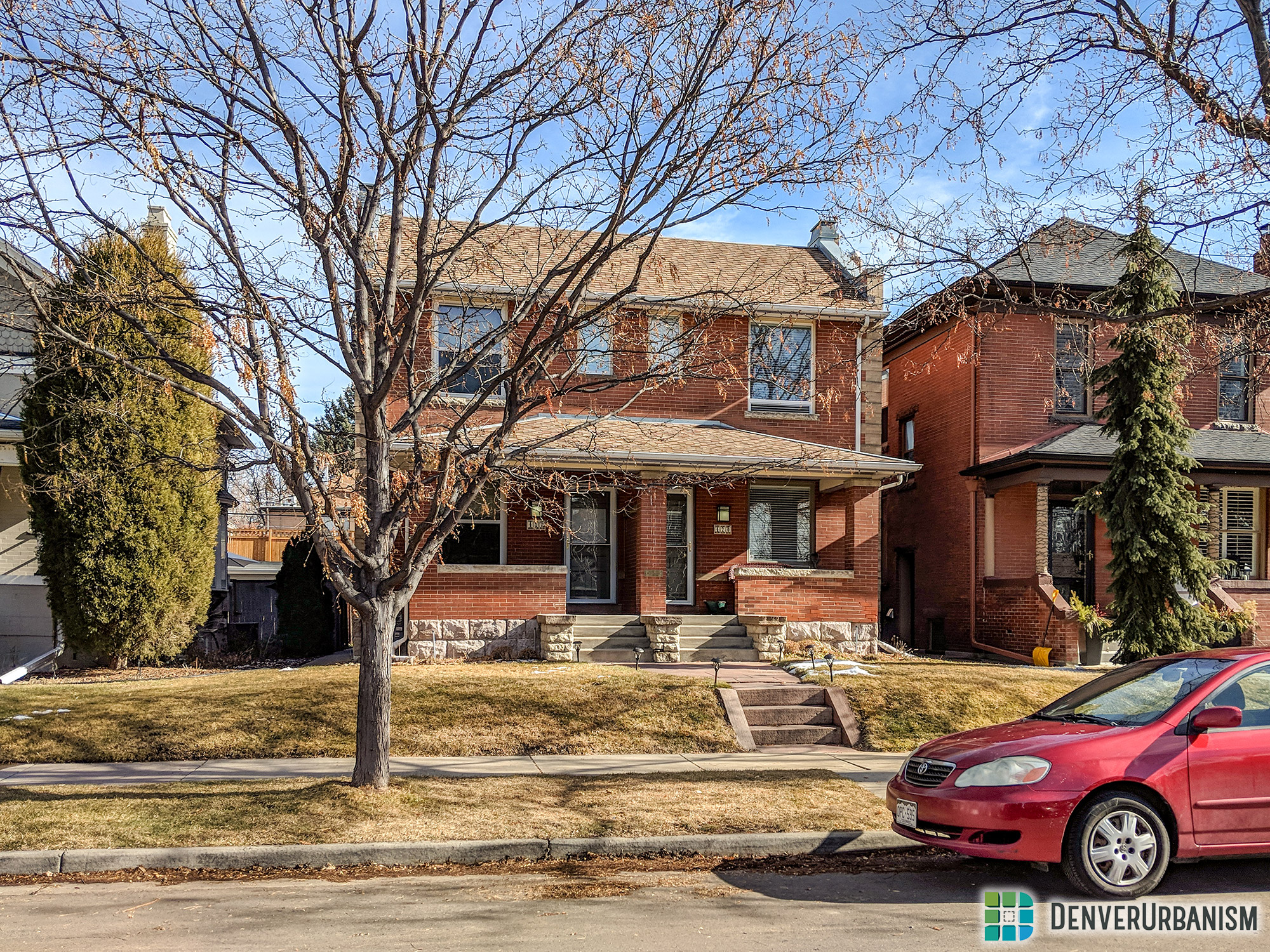 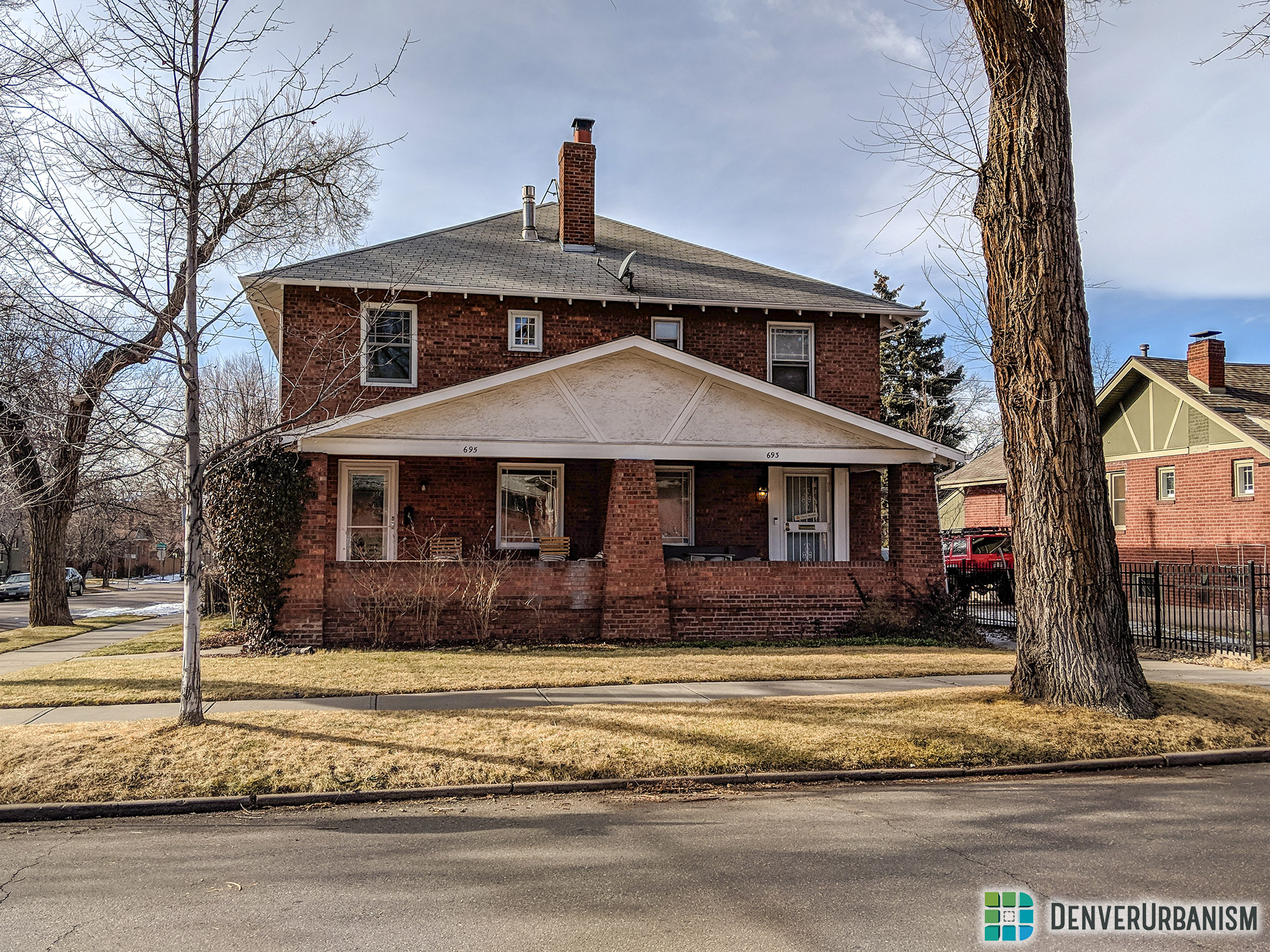 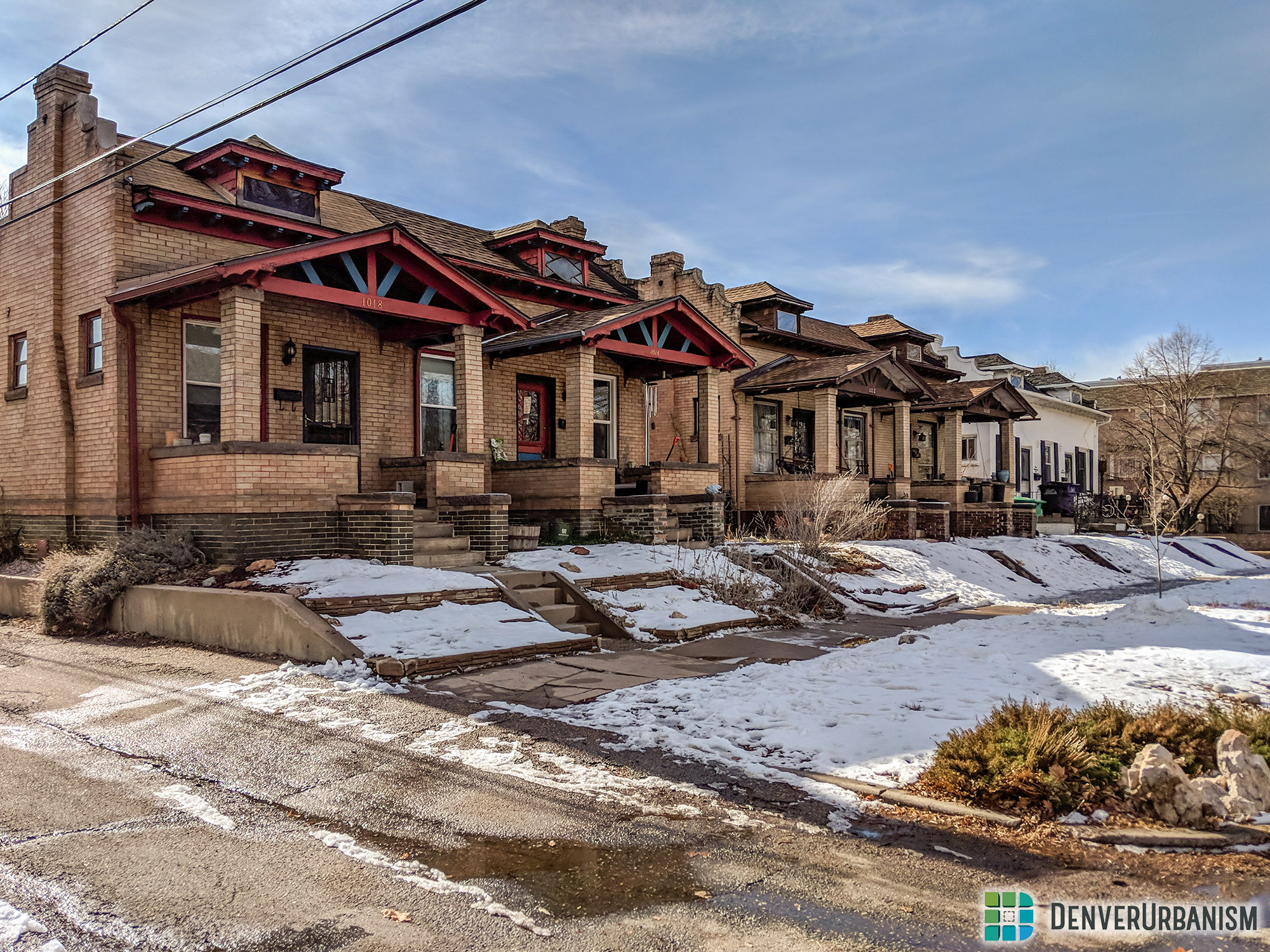 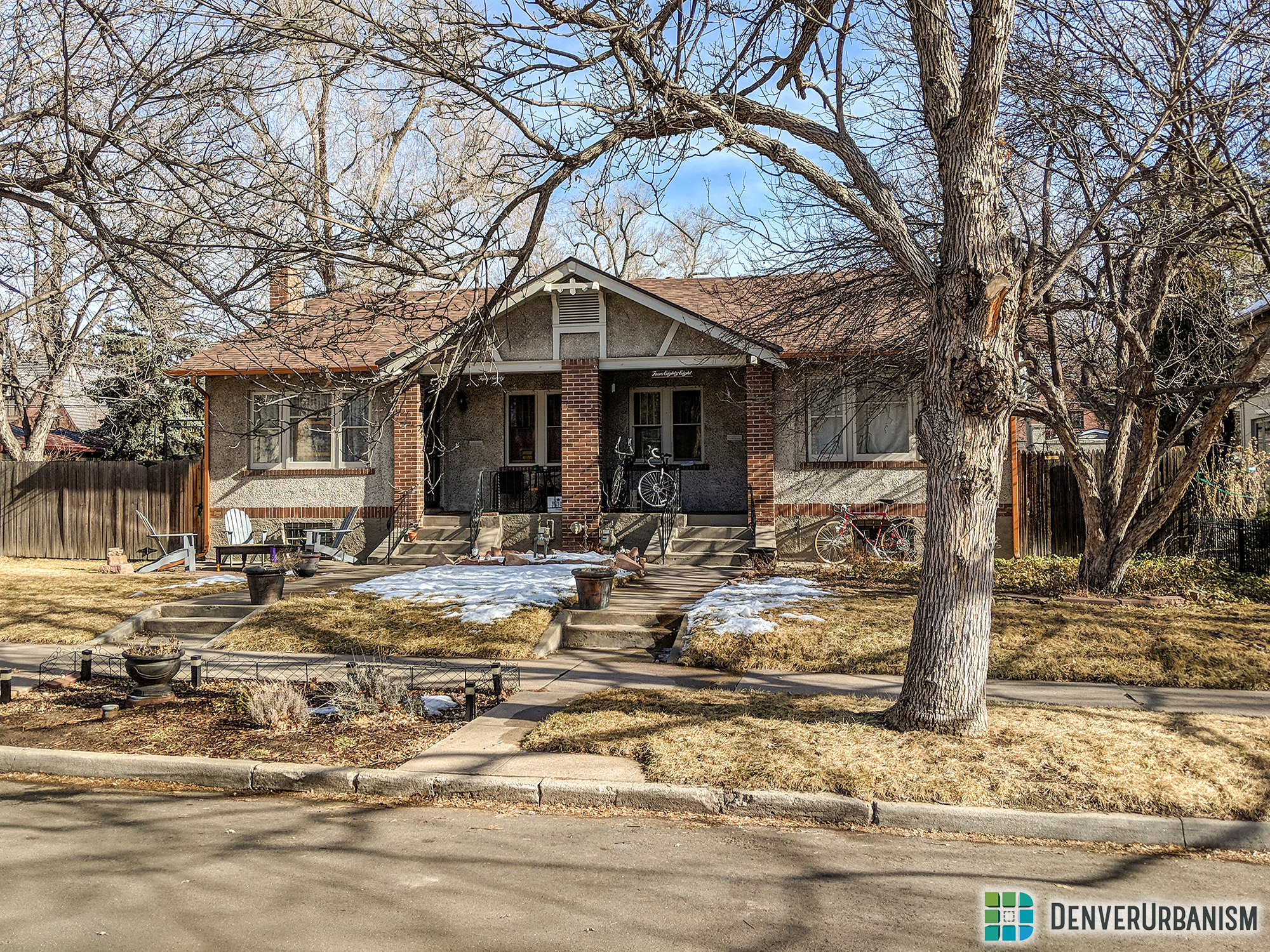 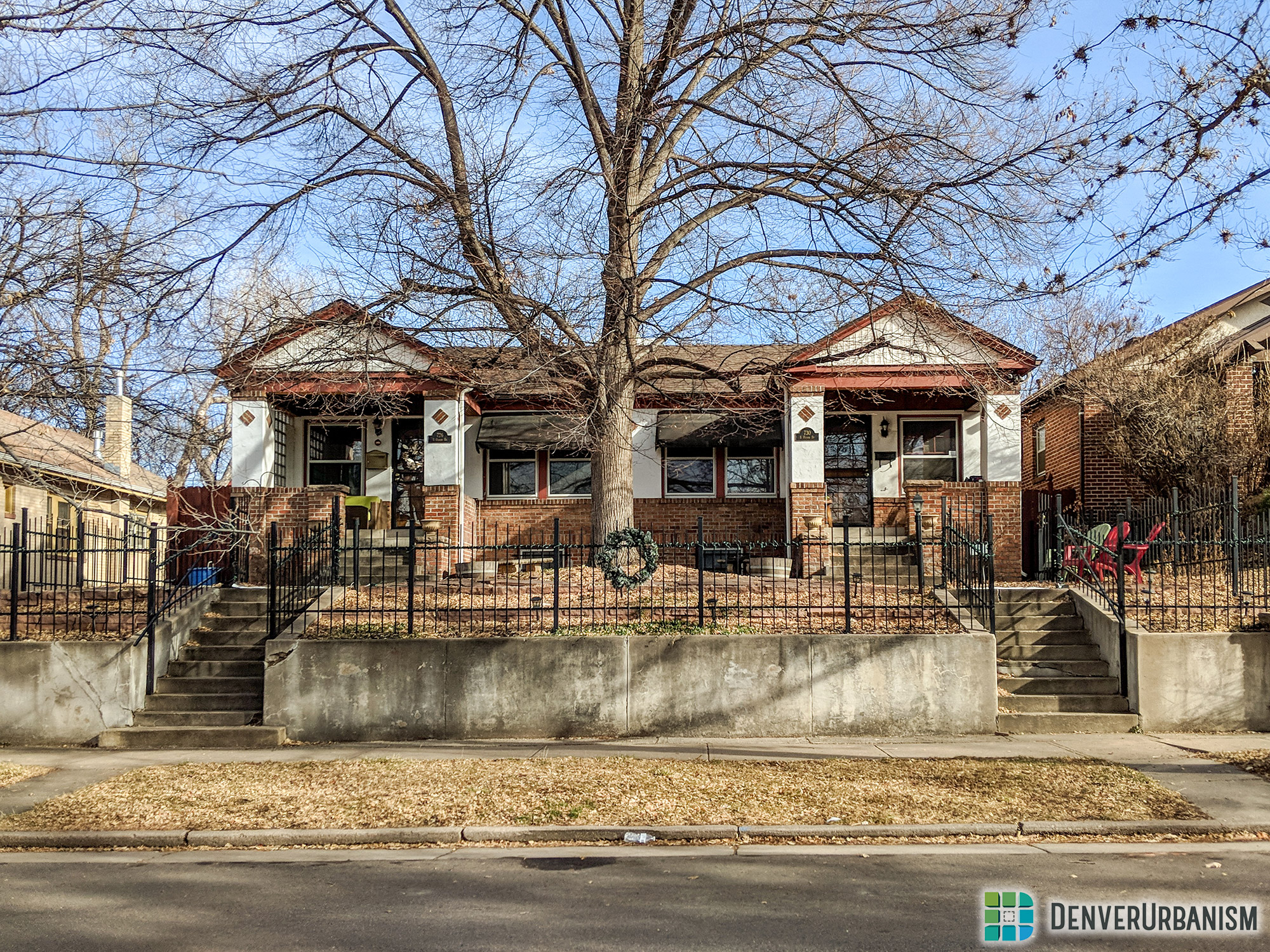 The current zoning of those neighborhoods contradicts their existing character. If we want the zoning to match the character of these neighborhoods, it should be two-unit zoning, not single family. It is true that if this change was made, perhaps more houses would be replaced with duplexes. But right now change is happening anyway. Historic houses are frequently torn down to build bigger houses. Keeping high-demand neighborhoods as single family will only result in them becoming wealthier and more exclusive. But if we allow duplexes, a building type which has been present in most of these neighborhoods since the early years of Denver’s history, we respect their historical roots while allowing them to evolve in a more inclusive way.

Below is an image of a scrape for what will likely be a larger single-family house than was previously on the lot, along with two examples of modern duplexes: 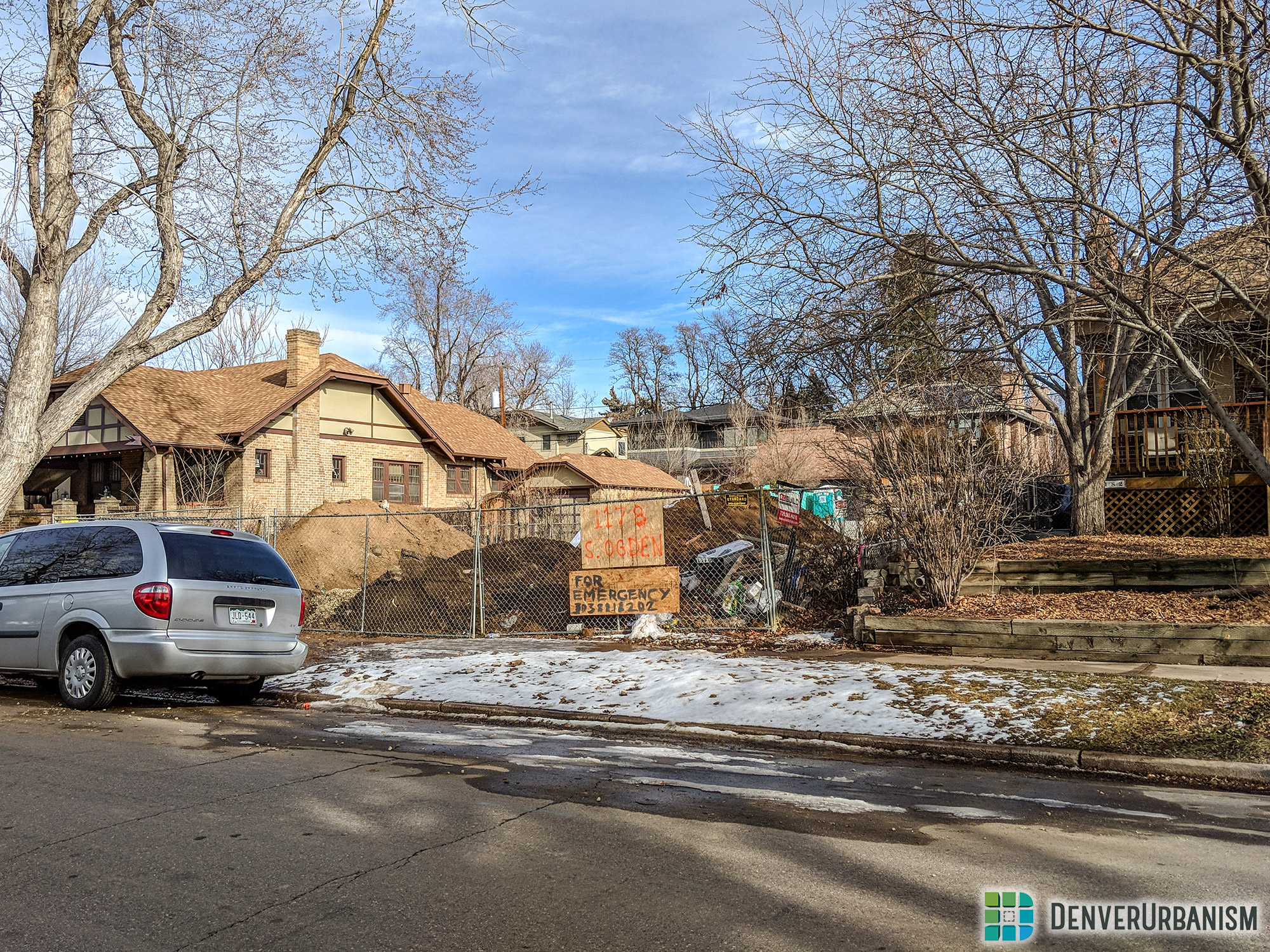 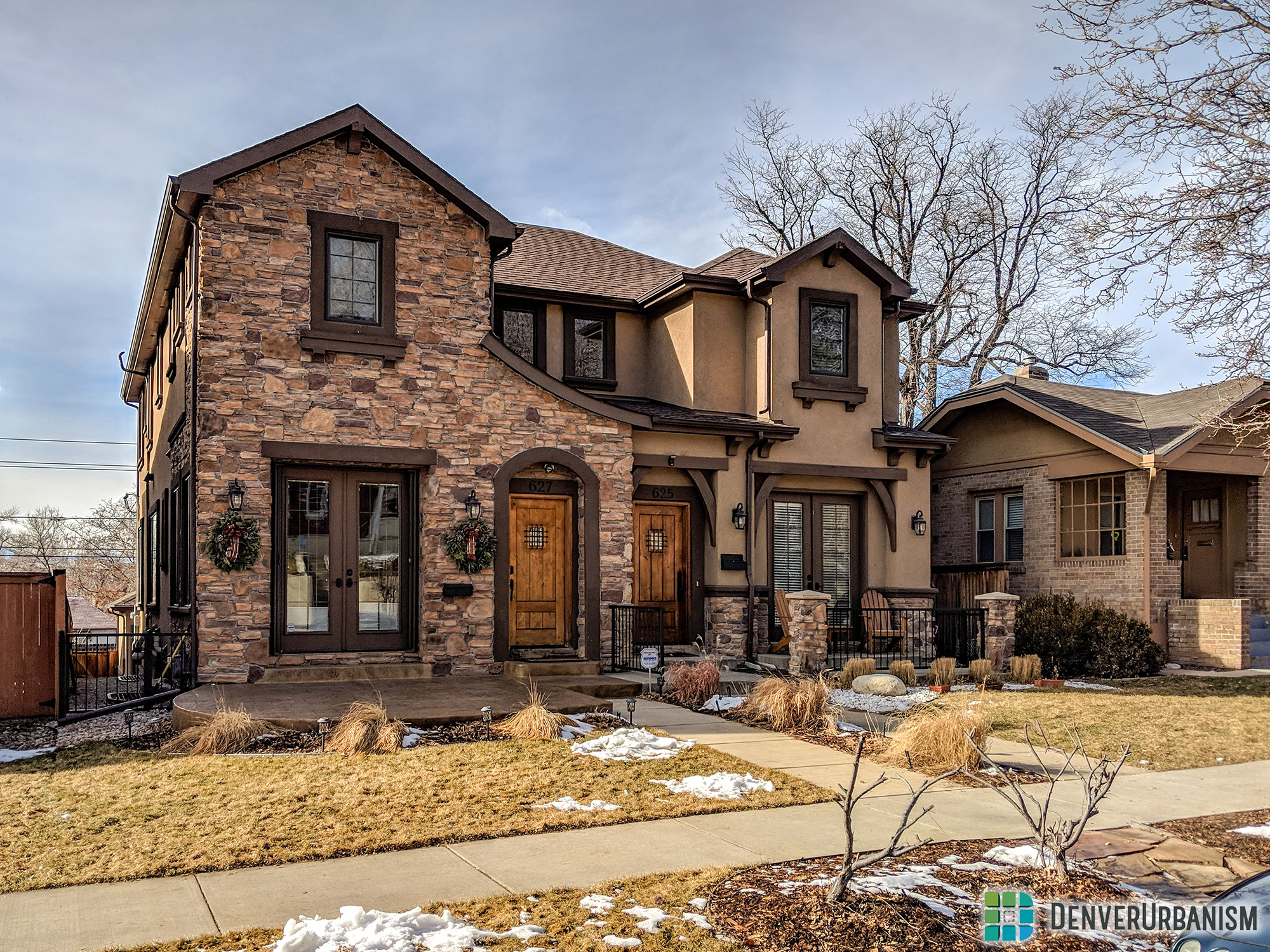 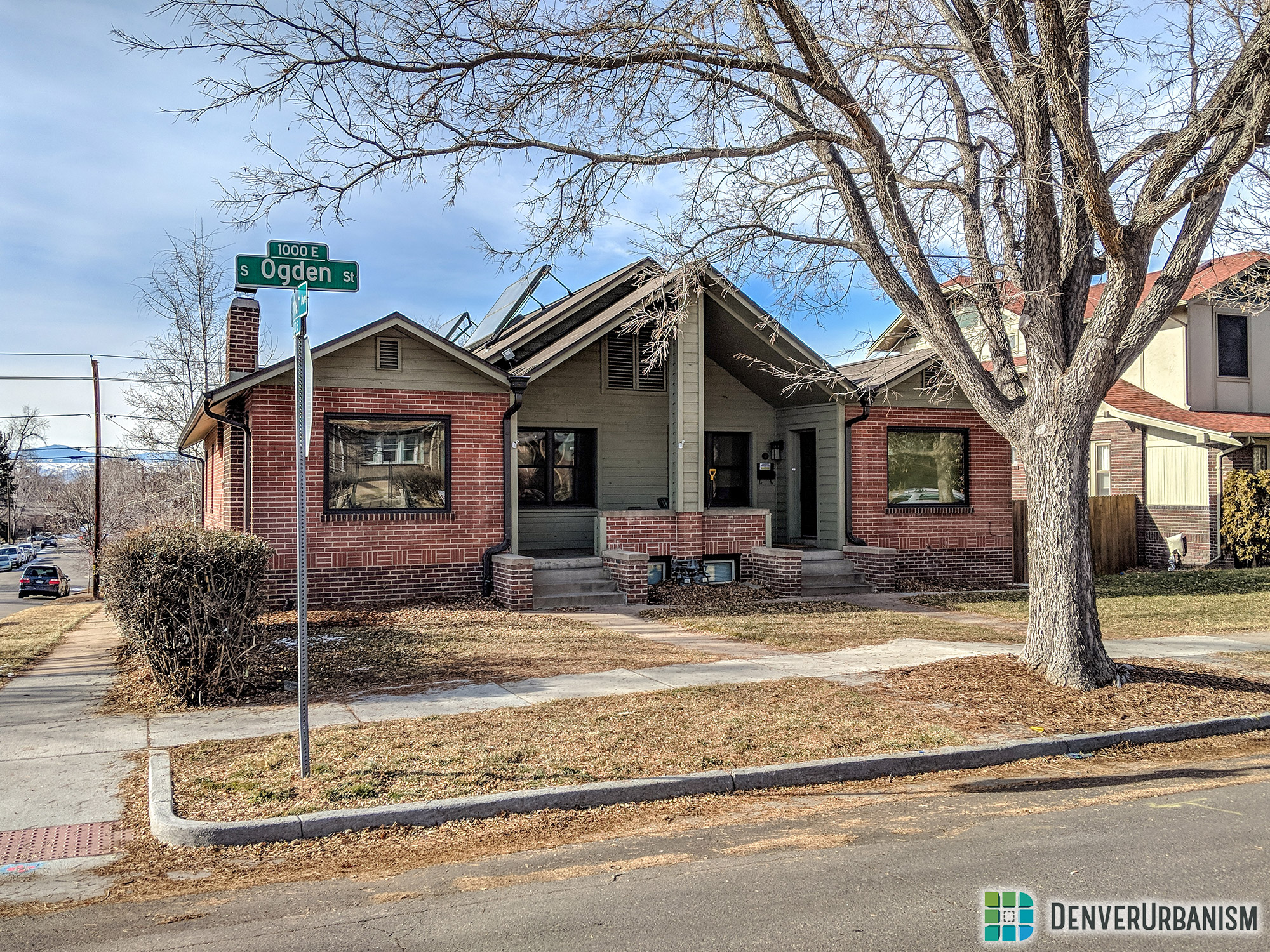 Duplexes aren’t the only types of buildings that often do not conform. Multi-unit buildings of all sizes are often in violation. The Capitol Hill neighborhood where I live is a hodgepodge of houses, duplexes, quadplexes, rowhomes, small multi-unit, large multi-unit, and high-rises. The zoning is similarly all over the map, but does not always correspond with what is actually on the ground. Five- and six-story apartments are common in three-story zones, 15-story condos exist in five-story zones, and three-story apartments exist in rowhome zones. How was it possible for all these buildings to have been built if they violated the code? The answer is that they were built before zoning existed, or the code used to allow them became more restrictive after they were built. 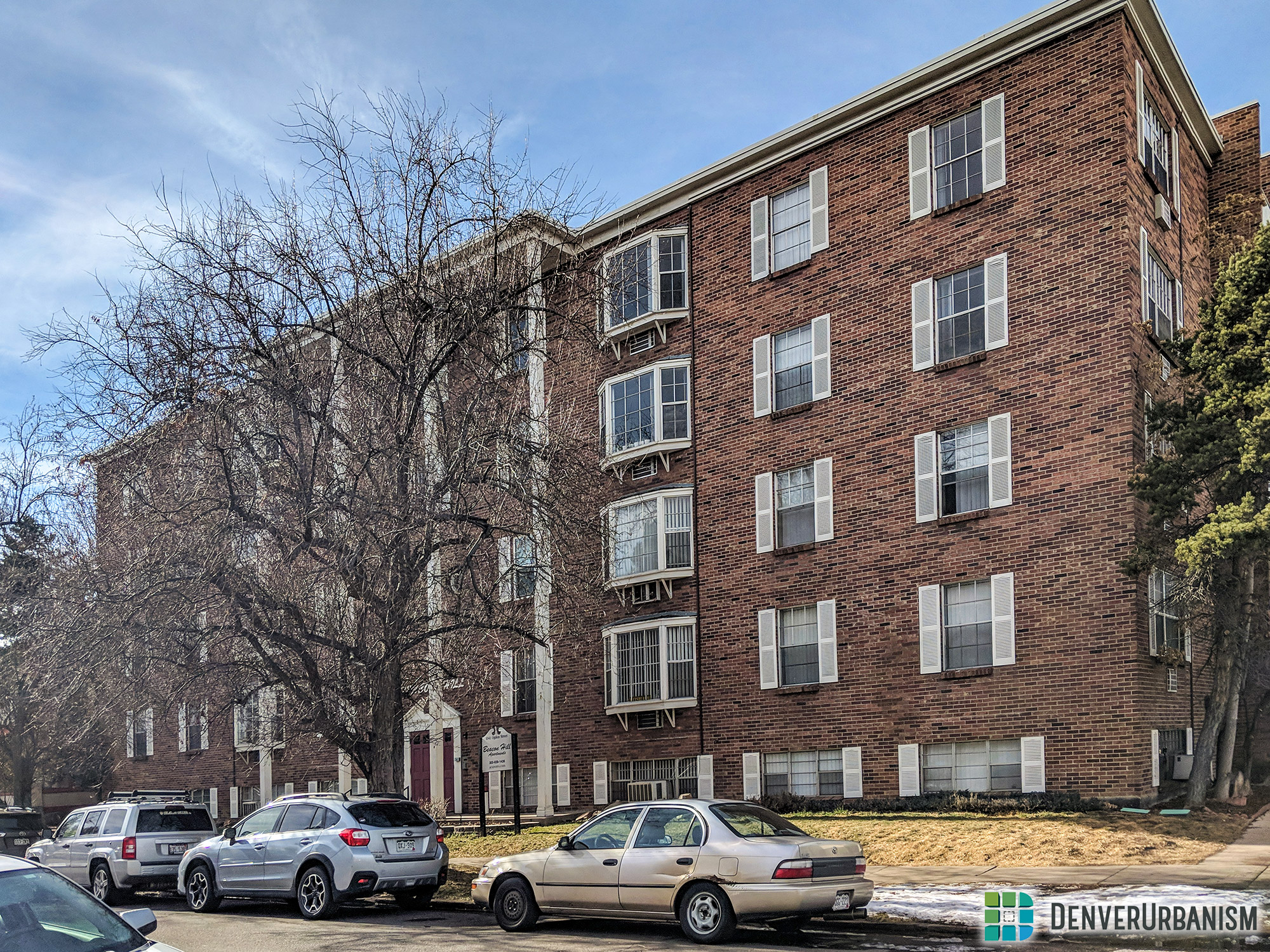 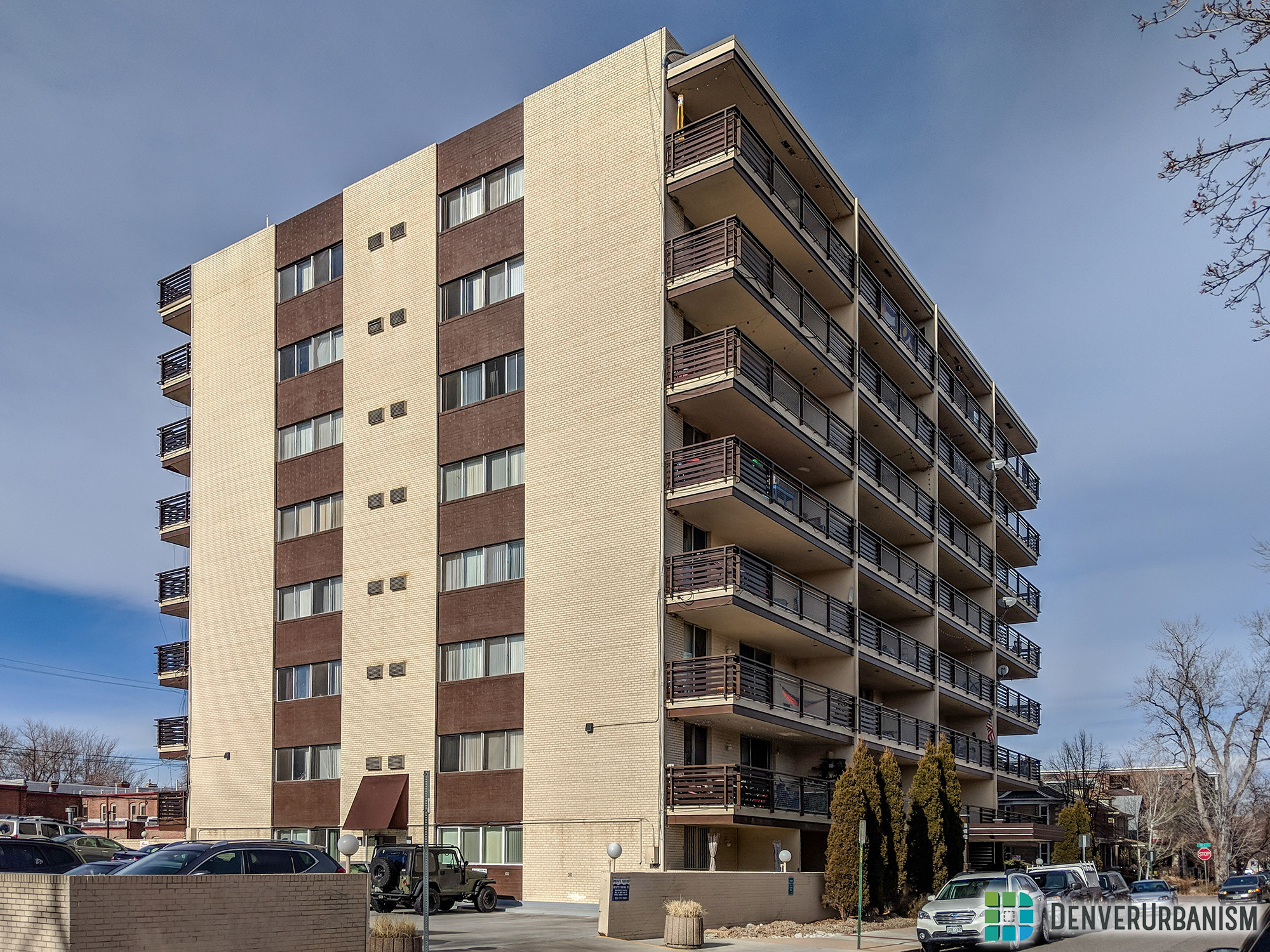 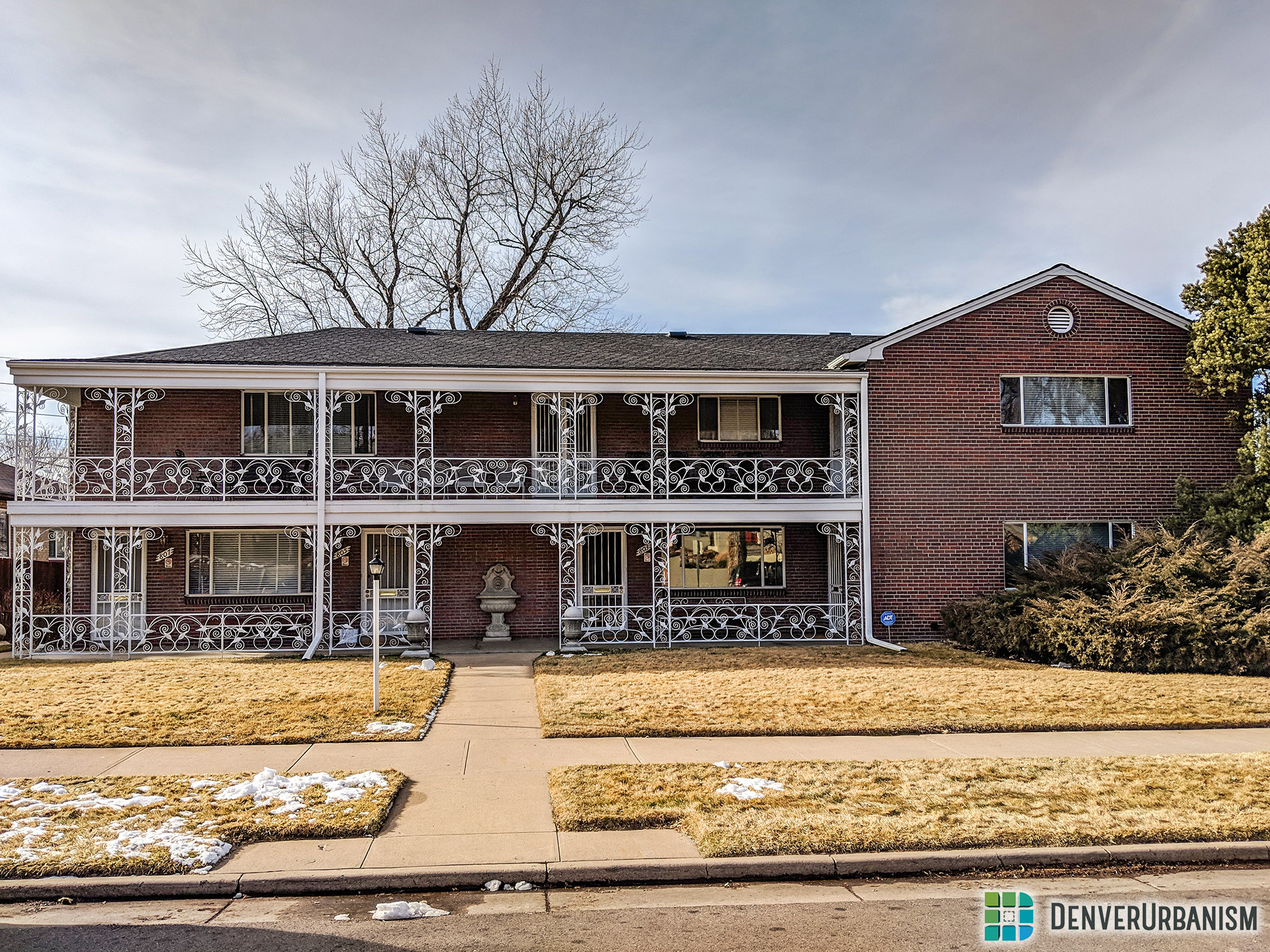 In all honesty, I see upsides and downsides to the neighborhood character argument. Denver’s old streetcar neighborhoods are great and deserve to be treasured, but I also think that all neighborhoods in a healthy city should be able to incrementally intensify over time. But many zone districts in Denver, far from allowing incremental growth, don’t even allow new buildings of the sort that have already been there for decades. If zoning is a tool to preserve neighborhood character, it should at least not conflict with what exists on the ground already. It should be changed to account for it.