The Small Lot Exemption: More Homes for People or More Storage for Cars?

Last Tuesday, Denver City Council decided to extend the moratorium on the development of small lots for an additional 60 days in order to reach consensus. So, while other major cities are eliminating parking requirements altogether, Denver seems poised to move backward.

Last week in the Land Use, Transportation, and Infrastructure committee (LUTI), some councilmembers expressed concern that the small lot text amendment fails to address the problem. They have mis-identified the problem. Neighborhood groups opposed to the text amendment would like to make the problem about how small lot development might compromise their ability to park their private property for free on public streets. They are incorrect. The problem is not a parking issue, it’s a housing one, and the text amendment addresses this problem in a fair way.

The real “problem” is that Denver is growing.

And because we continue to ensure that cars are the most convenient way to get around, people who move here keep bringing their cars with them. A recent article in the Denver Post concluded that Metro Denver needs to build 16,000 to 18,000 new homes a year to keep pace with the jobs we’re adding. The article also indicates that “More of the mix will also need to shift from higher-end properties to lower-priced units, where margins are thinner but demand is higher,” i.e. small lot development.

Why is this a housing issue and not a parking one? Because if we don’t start building enough housing closer to the urban core, folks will find it in the suburbs where their mobility options are much more limited. We will be condemning people to be car-dependent whether they would prefer access to multiple transportation options or not, and if 16,000 to 18,000 people per year bring their cars here, the problem of traffic and parking will not get better anytime soon. We can’t keep planning the same way and hoping for a different outcome. The small lot text amendment, even though it would require some parking where none was required before, at least represents the right way of thinking about this problem.

If we lift the moratorium and put the text amendment in place, it may very well become increasingly inconvenient for some folks to park their private property for free on public streets. But the text amendment smartly offers incentives for development along transit corridors and it offers incentives for developers who want to further encourage other modes of getting around.

To address the traffic problem in Denver, we need more housing within the urban core of the city now, and we need to encourage its development along transit corridors. Since welcoming more cars into our city is simply not sustainable, we also need to encourage the development of housing that doesn’t incentivize this harmful, but currently convenient, way that people move. City leaders need to make sure they’re planning for a future bike/ped/transit-reliant city, not the car-dependent city we are today. A car-dependent future city is a bleak thought indeed.

For more info on how you can help, see YIMBY Denver’s Call to Action: https://www.yimbydenver.com/single-post/2017/02/20/Call-to-Action-Support-Affordable-Living-Not-Subsidized-Parking

Andy Sense started thinking about his relationship to the built environment as a bike commuter and a dad of two young kids who are learning to be bike riders. He is a graduate of INC’s Citizens’ Planning Academy and Transit Alliance’s Citizens’ Academy. He also considers himself incredibly fortunate to be able to participate in our civic conversation as a member of the Blueprint Denver Task Force. 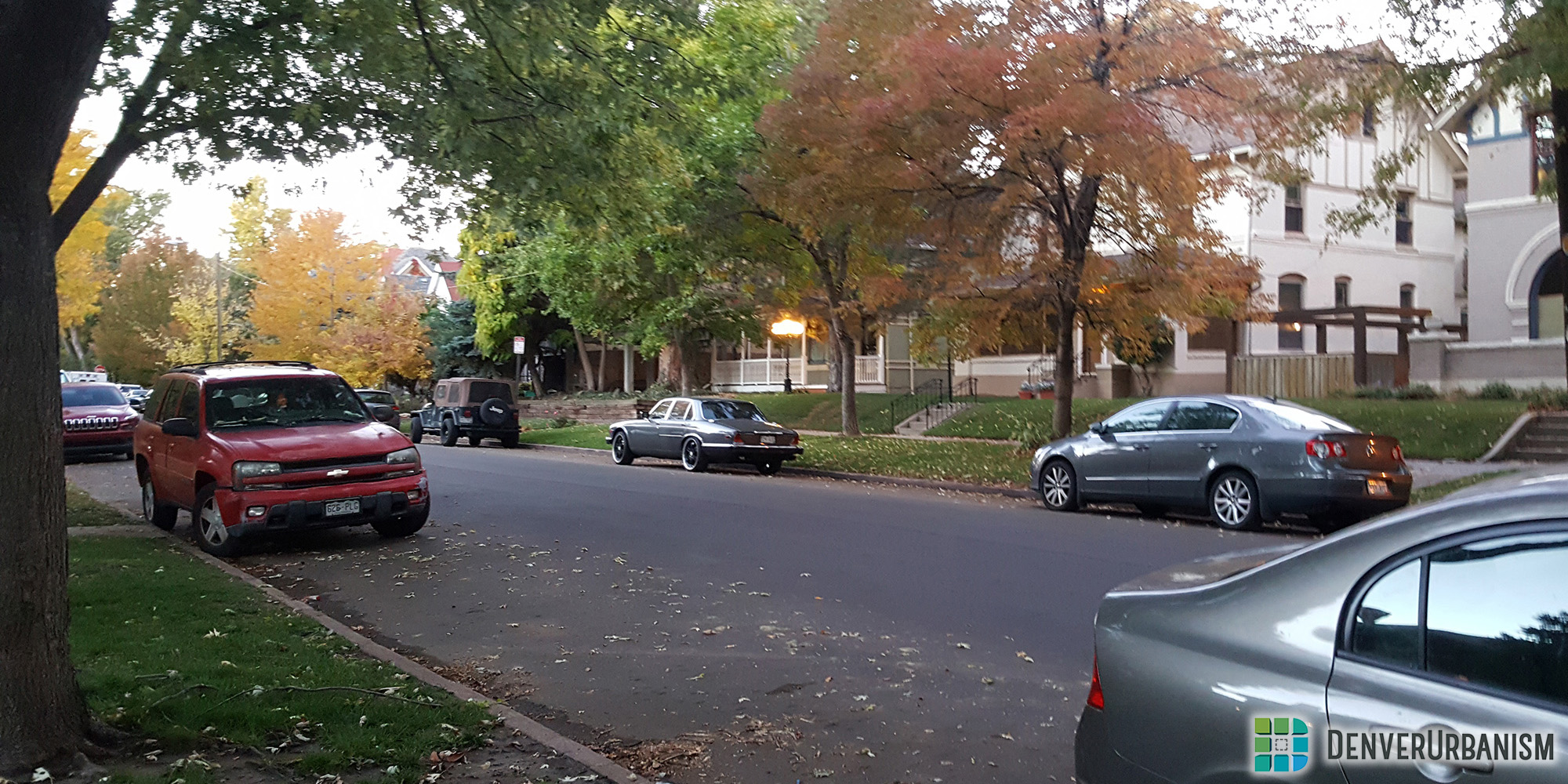