The choice is stark: storage for cars or homes for people? The image below lays it out nicely, to scale. Two parking spaces take up as much area as a small two-bedroom apartment. That’s large enough for a young professional, a married couple, or even parents with children depending on their needs and wants. So do we choose to provide space for two empty cars or four people? What if we ask which pays more income and property taxes, two empty cars or one young professional? Which supports more local businesses by eating out and shopping nearby, two empty cars or a married couple? Which creates a greater sense of community—waving hello while walking the dog, talking to friends at the grocery store, or playing in the park—two empty cars or a family? 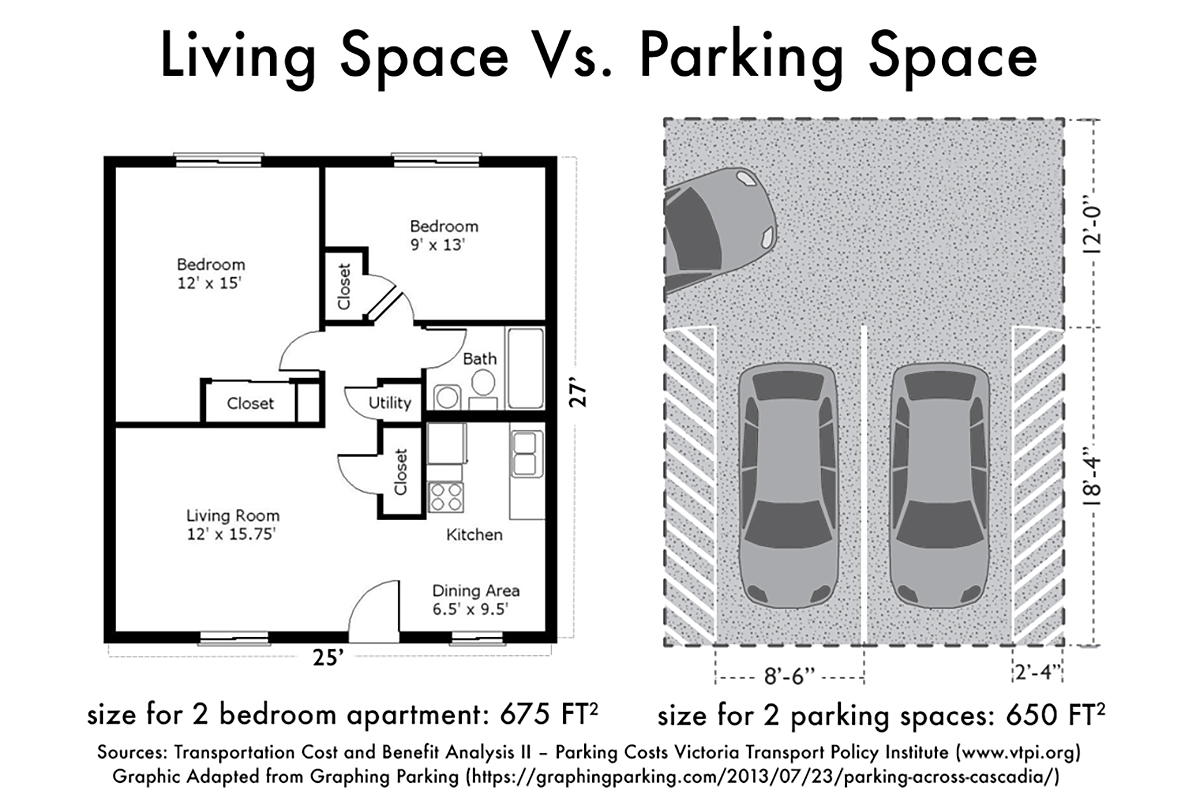 Every time we choose to build storage for cars instead of homes for people there’s a second choice we’re explicitly making. We’re not only choosing to build parking, we’re also choosing not to build housing. That’s an important thing to remember. It’s not just the cost of adding parking, which is significant, it’s also the loss of new neighbors, the loss of the opportunity for people to obtain housing, the loss of tax revenue that could support more parks and better sidewalks, the loss of potential customers for local businesses.