It’s taken a while since the July 2014 opening of Denver Union Station, but Denver B-cycle is finally back at the city’s busy transit hub. There was a small B-cycle station under the overhang near the south entrance to the historic station, but that was removed when construction on the project began. What took so long for B-cycle to return to Union Station? From what I understand, it definitely was not because B-cycle didn’t want to return, but more a matter of regulatory red tape with the city and RTD. Nevertheless, Denver B-cycle is back at Union Station, and back in a big way!

We recently covered the new bike/ped improvements at 17th and Wynkoop that included enhanced bike lane striping, pedestrian crosswalks, and painted bulb-outs with bollards. As part of those improvements, the curb lane along the plaza side of Wynkoop between 16th and 17th was also reconfigured. Previously, most of that block’s curb lane featured 2-hour metered parking spaces for private automobiles. Now, the half block closest to 17th Street provides a much-needed 5-minute passenger loading zone available to both private motorists as well as ride-sharing services like Uber and Lyft, while the half block closest to 16th Street provides space for bicycles and car-sharing services. It is here where the second-largest of Denver B-cycle’s facilities at Union Station is located: a new 21-dock station! Here are a few photos from very early on the morning of the A-Line launch: 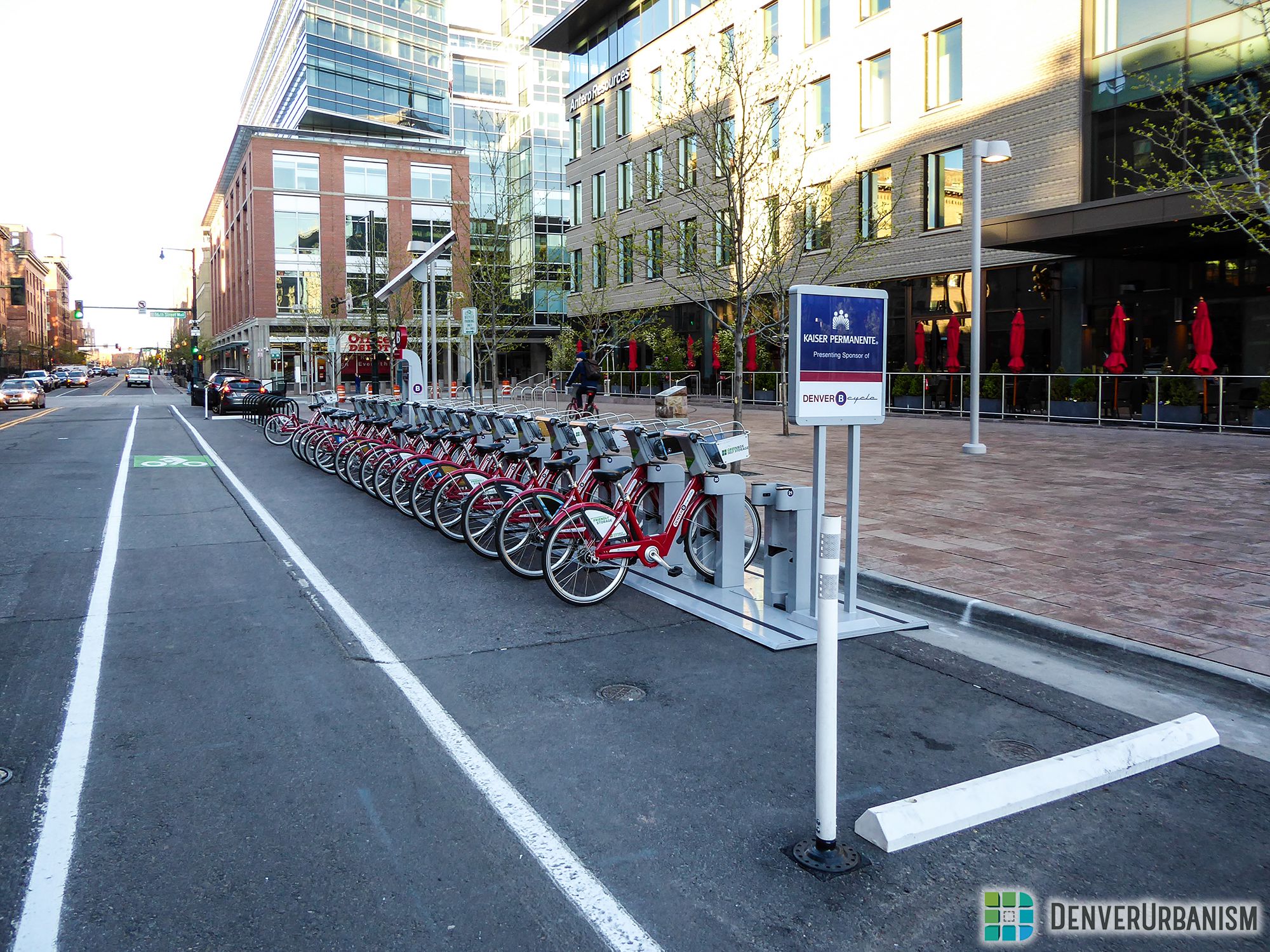 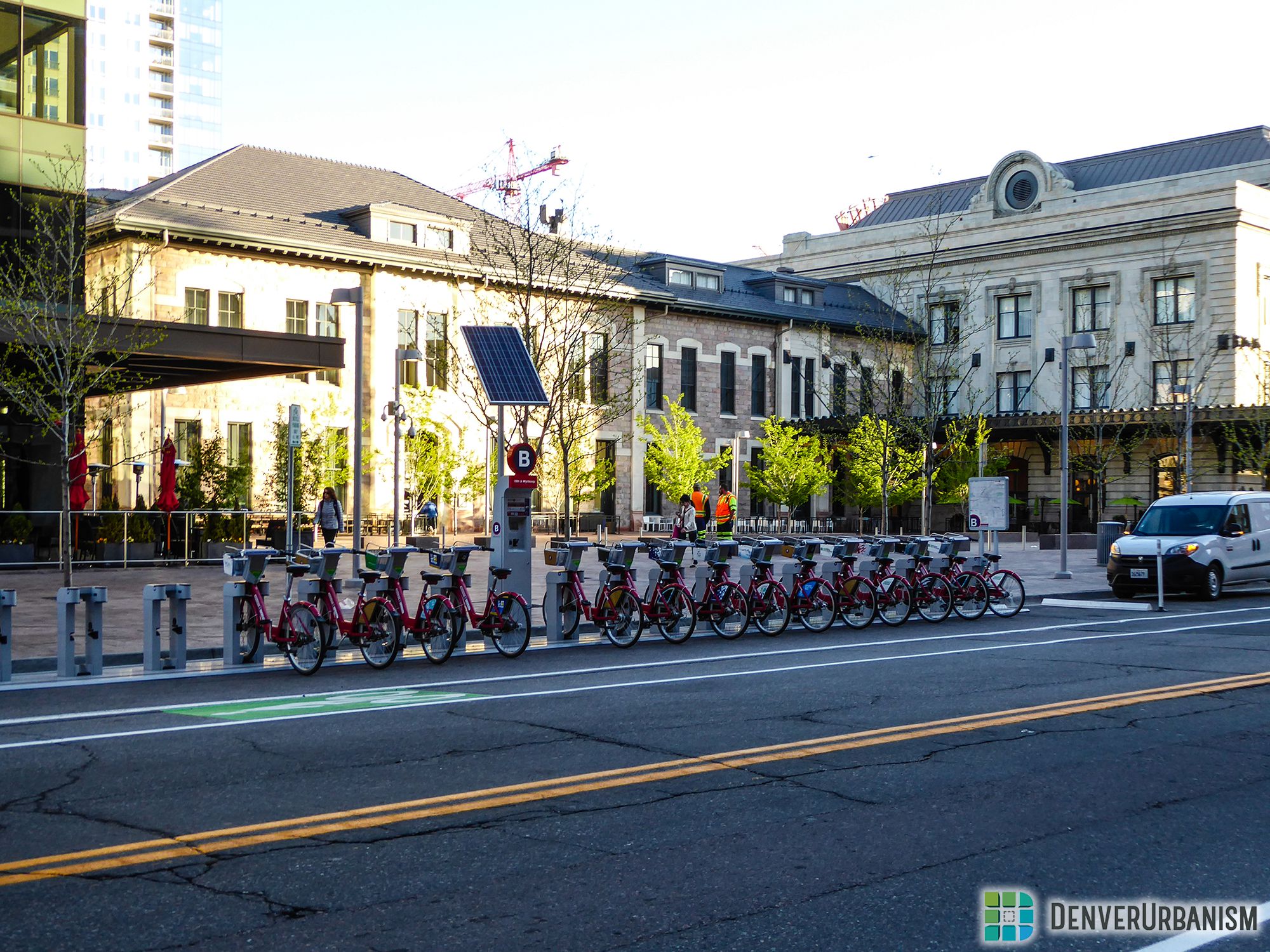 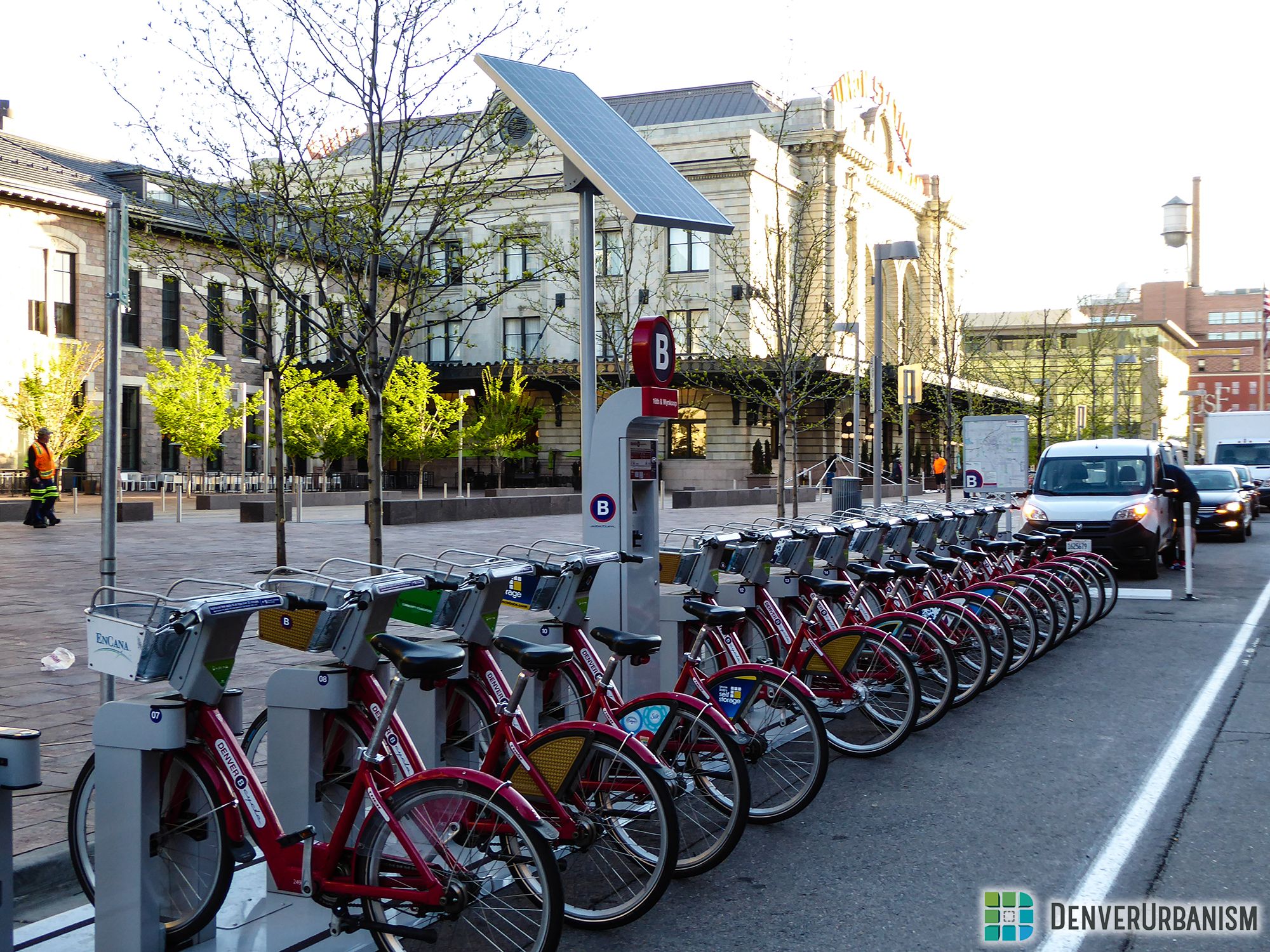 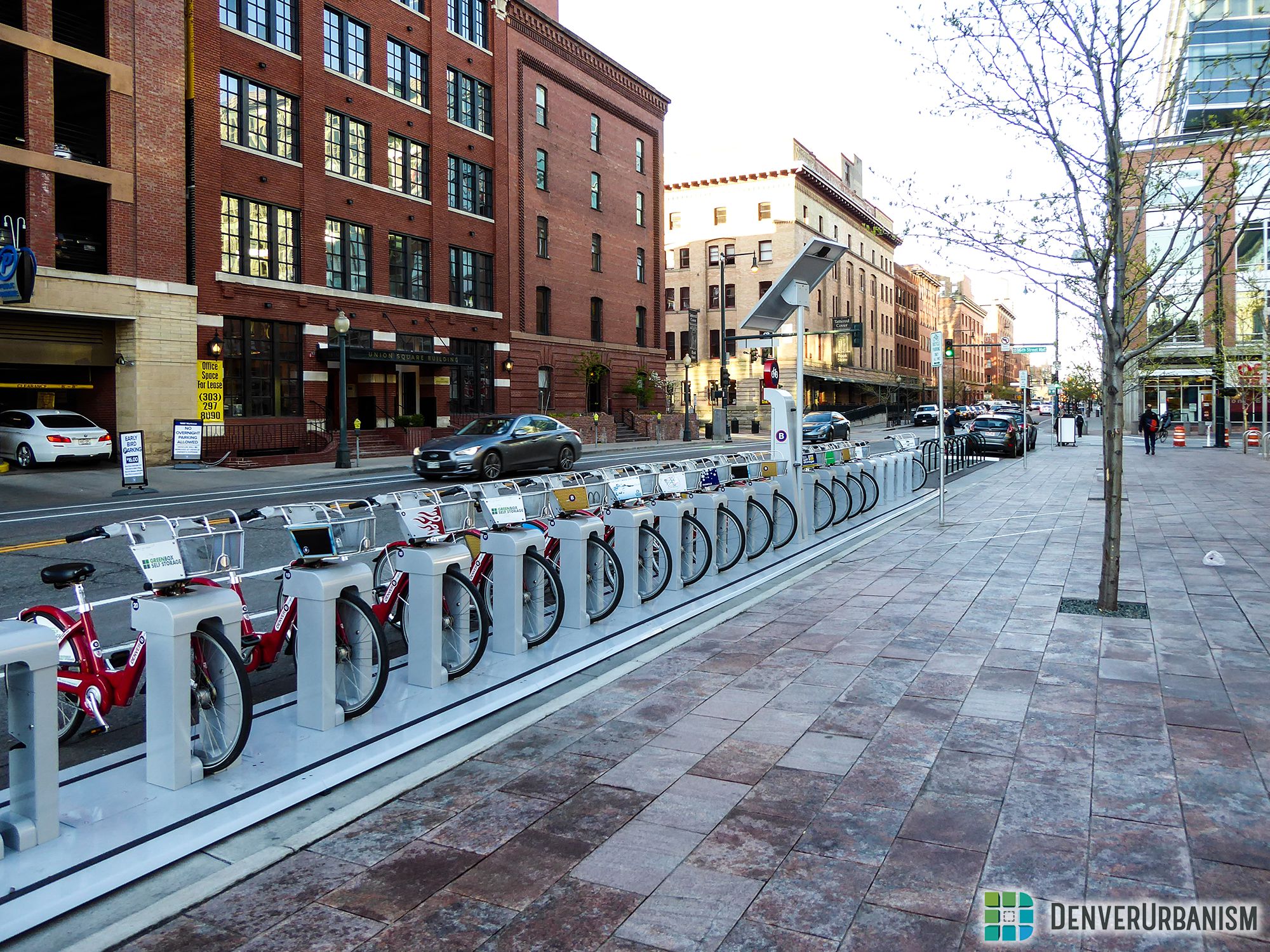 In addition to the new B-cycle facility, two new 5-hump bike racks were also installed in the Wynkoop curb lane near 16th Street: 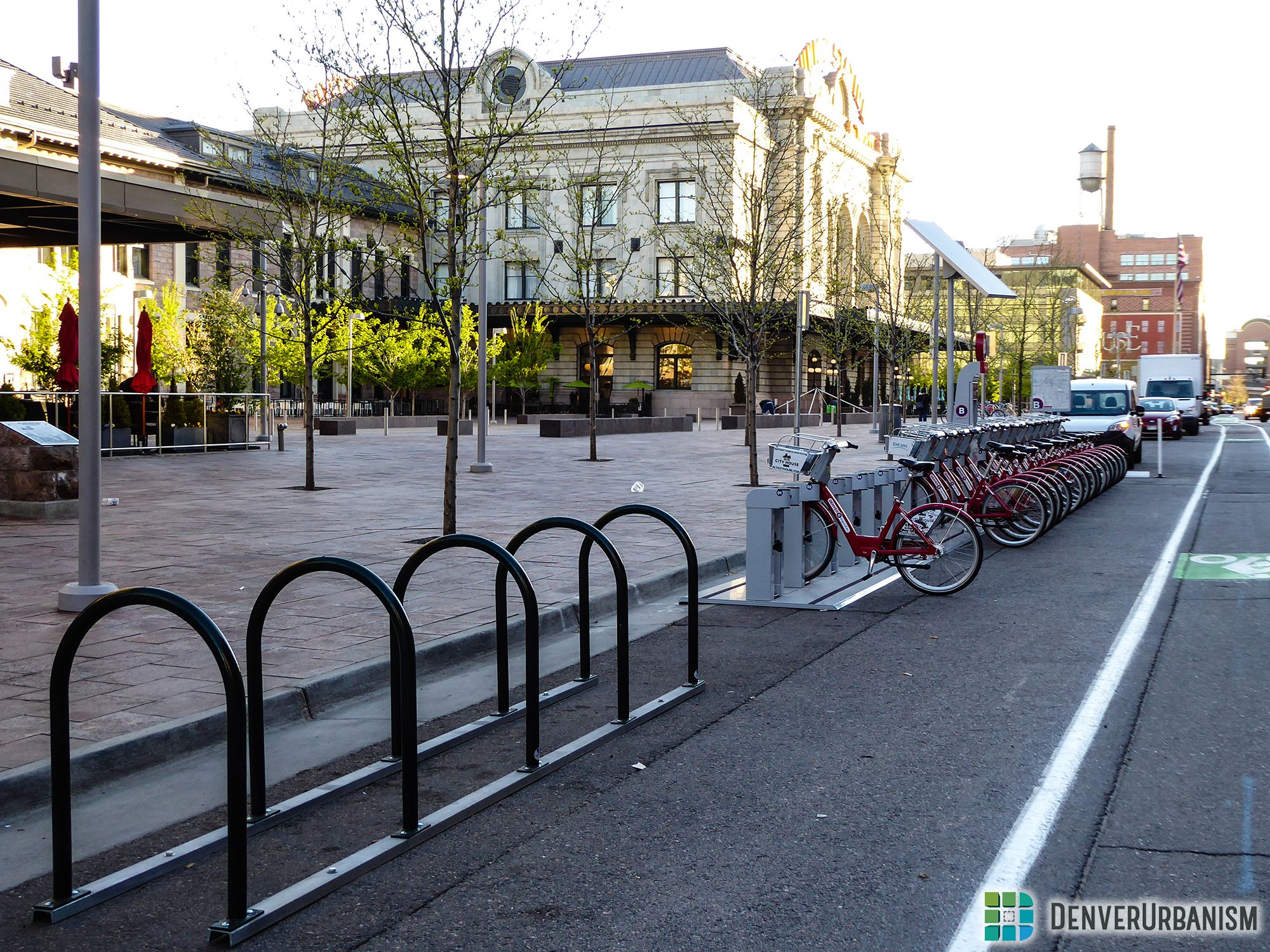 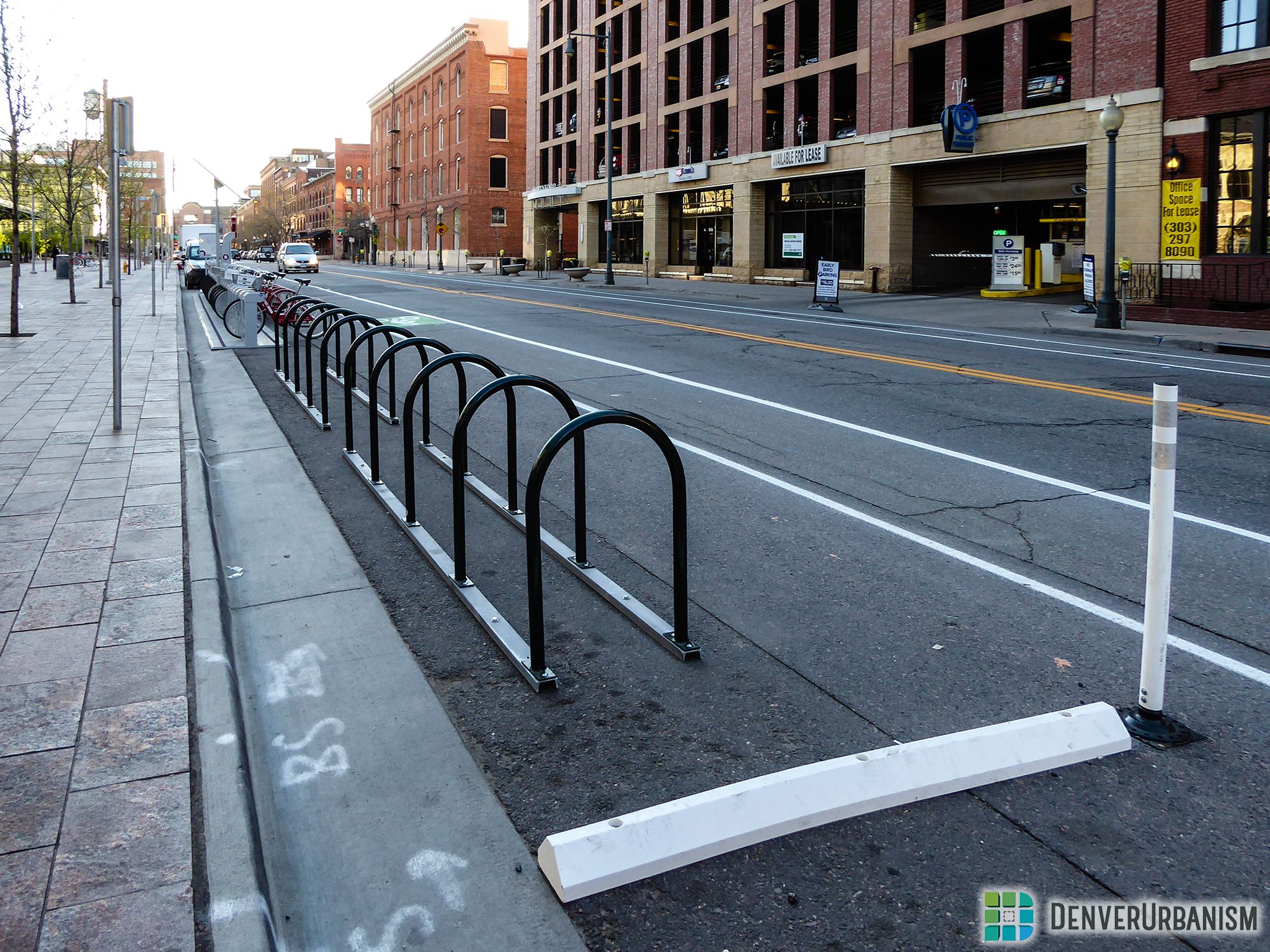 Finally, the last couple of spaces closest to the Wynkoop/16th Street intersection have been reserved for eGo CarShare and car2go.

These new bicycle facilities on Wynkoop Street complement the existing bike racks in Wynkoop Plaza itself, which are often in high demand like we see here from last Friday: 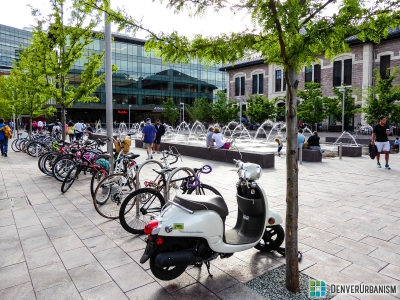 Also, a few of these were installed on the sidewalk on the LoDo side of Wynkoop Street: 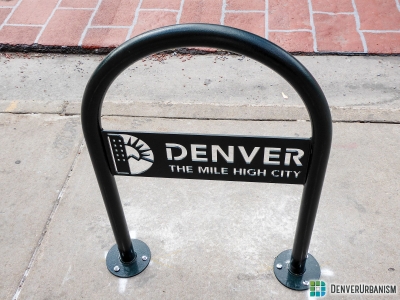 On the opposite side of the historic station is the other new Denver B-cycle facility: a 30-dock station located directly adjacent to the Wewatta Pavilion by the commuter rail platforms, along with a bunch of additional regular bike racks: 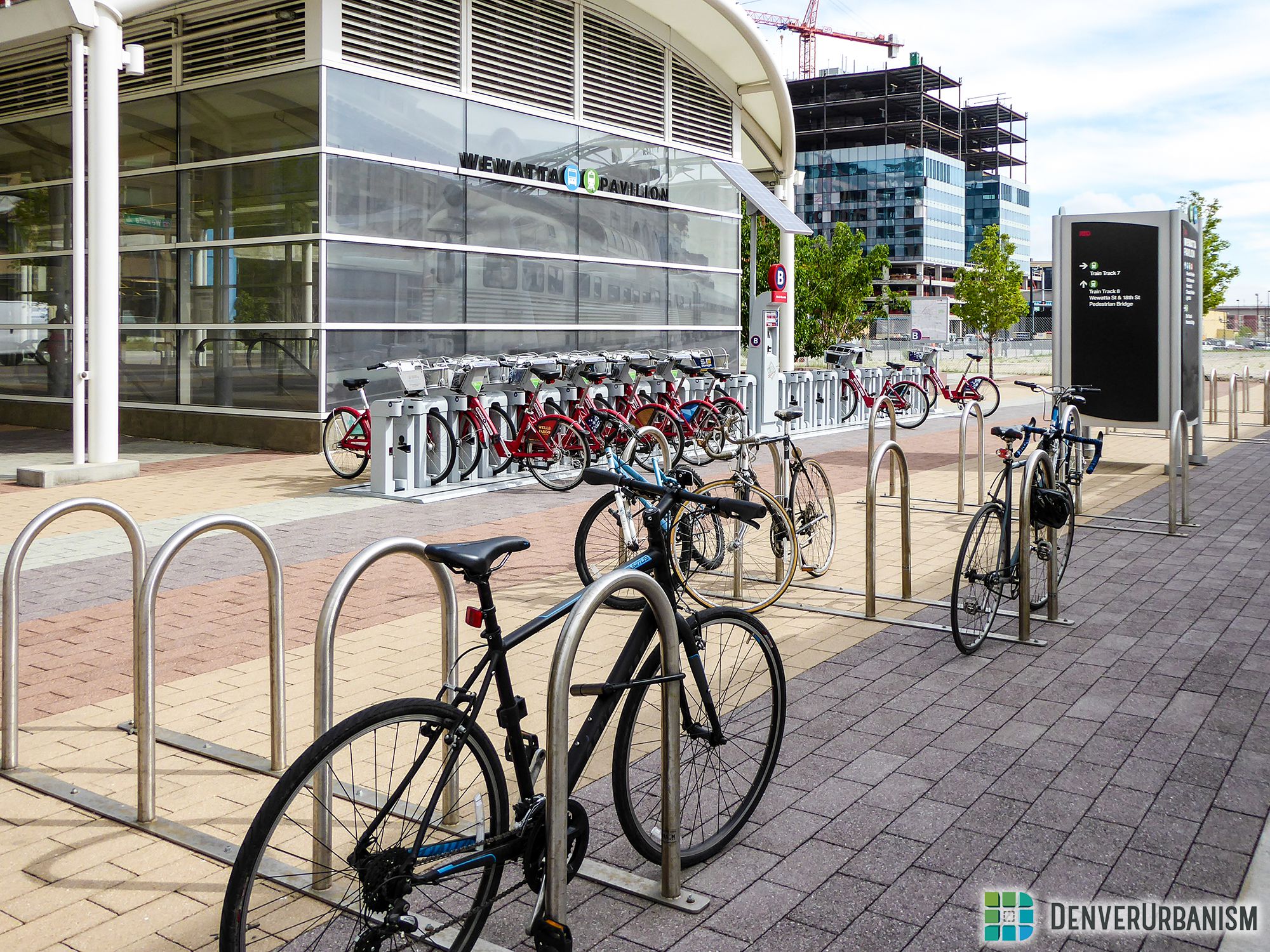 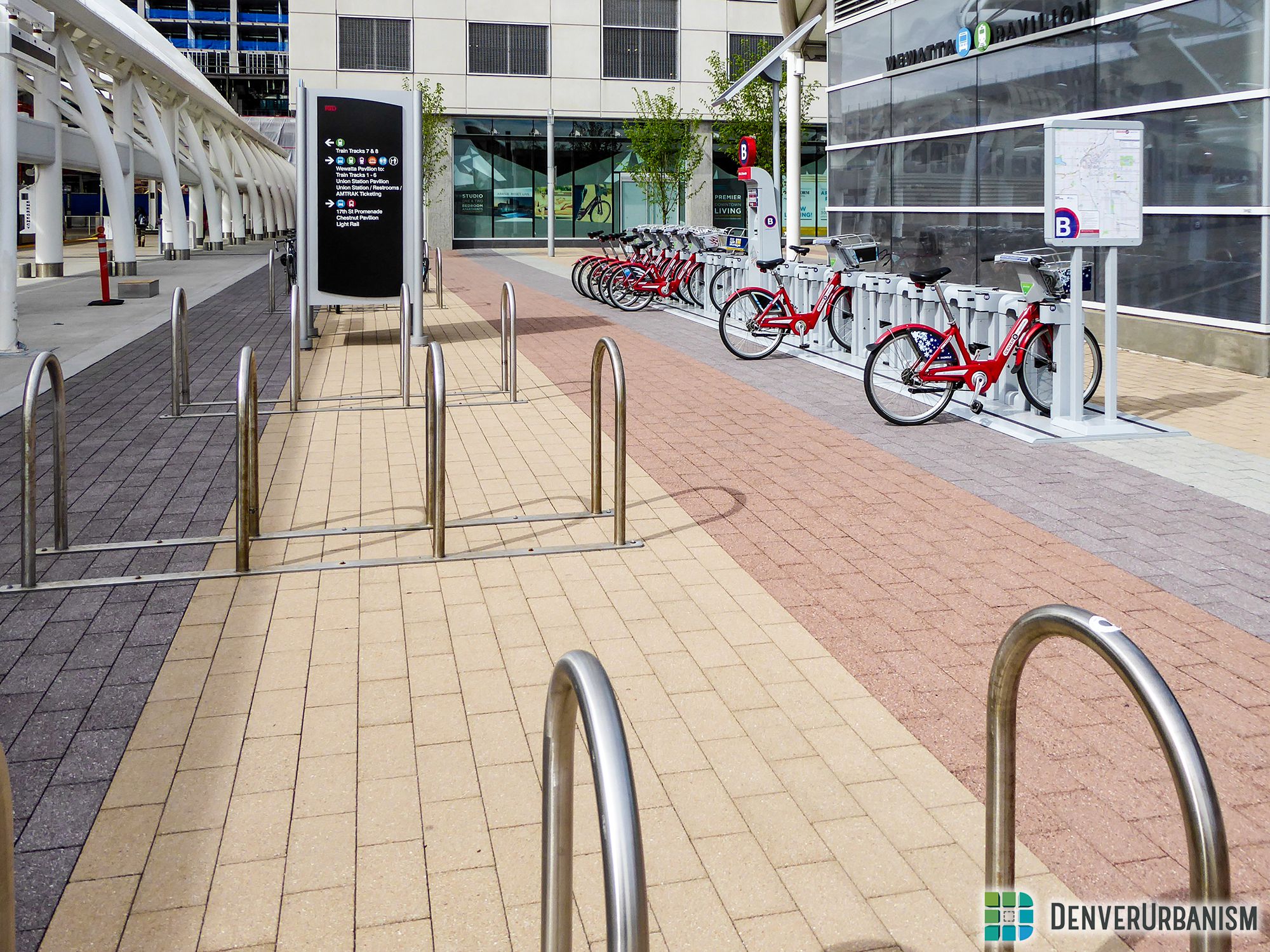 The remaining major piece of bicycle infrastructure to be added at Denver Union Station is the proposed Bike Hub at Tail Tracks Plaza. Hopefully, that will be installed sometime later this summer.