Blast from the Past: Civic Center’s Denver Justice Center

In May 2005, Denver voters approved the construction of the Denver Justice Center, a three-building facility (courthouse, detention facility, and parking garage) built along West 14th Avenue between Delaware and Fox streets in Denver’s Civic Center district. 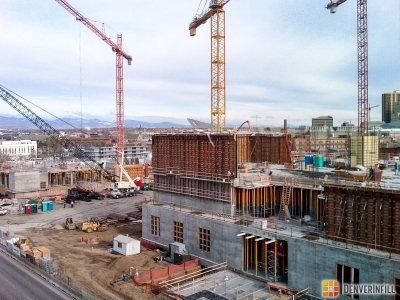 The complex would open as the Lindsey-Flanigan Courthouse and Van Cise-Simonet Detention Center in the summer of 2010.