The River North Promenade is essentially a redesign of Arkins Court between 29th and 38th Street into a pedestrian-oriented promenade. The promenade has been divided into three zones, each representing a different conceptual design. Here’s a Google Earth aerial showing the current condition and the project’s extent:

This map shows the same area as above with the project’s three character zones. All of the exhibits below are courtesy of the City of Denver and landscape design consultants Wenk Associates, and are conceptual in nature. They are not final designs.

A description of each zone: 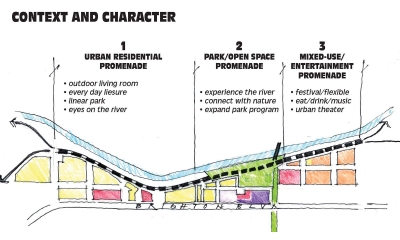 Let’s explore each of these zones.

The Urban Residential zone extends from 29th Street to approximately 32nd Street. The “Urban Residential” name relates to the adjacency of several proposed multi-family housing projects, such as the Industry Apartments. In this section, Arkins Court would continue to provide access for motor vehicles, but with a rebuilt street offering one travel lane in each direction, on-street parking, and a pedestrian promenade ranging from 20-30 feet in width. 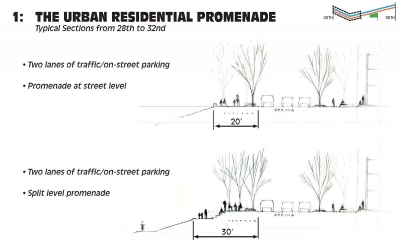 Key features of this zone may include a River Overlook and a Linear Park: 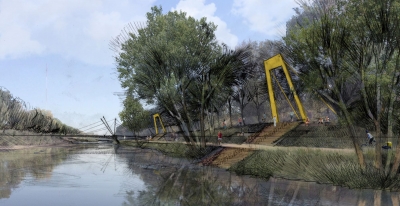 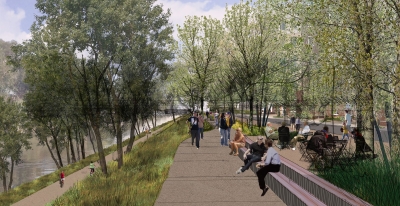 In the middle is the Park/Open Space character zone from 32nd Street to 35th Street. This zone’s main design influence is the proposed River North Park (visit that post for renderings). A feature here may include a Boxcar Garden:

To the east is the Mixed-Use/Entertainment character zone from 35th to 38th Street, where adjacent residential, office, and restaurant land uses would help activate this stretch of the promenade. One idea for this zone is to integrate a café into the promenade design:

The city and the local property owners recently identified funding to begin the preliminary (30%) design for the promenade. No funds have been secured yet for the construction of the promenade, but finding a way to pay for the project is a priority for RiNo stakeholders and the North Denver Cornerstone Collaborative. Some sections of the promenade may be built in conjunction with adjacent new private-sector developments. 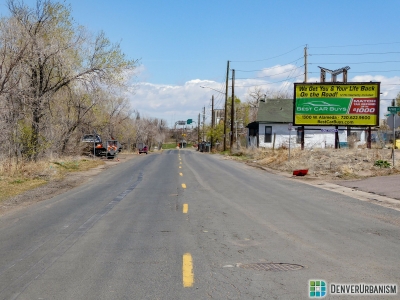 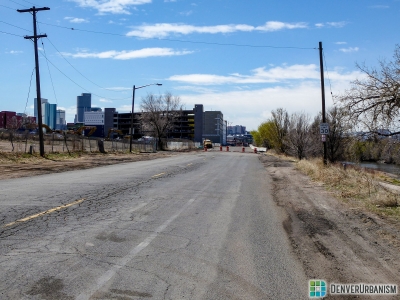 Next in our RiNo Infrastructure series: the RiNo Pedestrian Bridge over the South Platte River.