Today, Denver Mayor Michael Hancock, along Downtown Denver Partnership CEO Tami Door, Councilman Albus Brooks, and dozens of bicycle riders and advocates, celebrated the official opening of the protected bike lanes along Arapahoe and Lawrence streets in Downtown Denver. These new bike lanes are a big deal for creating a more equitable share of the public right-of-way among transportation modes. Now, bicyclists have their own dedicated portion of the street for safer passage through Downtown Denver and connecting to the Auraria Campus and the Curtis Park neighborhood.

It was a short but fun celebration under a sunny Denver sky, complete with the ribbon-cutting ritual: 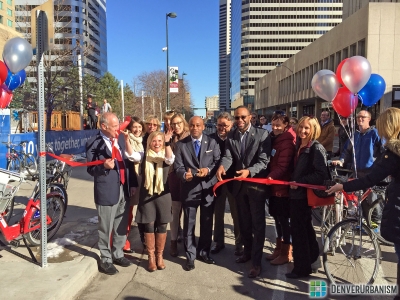 Thanks to DenverUrbanism reader Mike Huggins, here are a few nice shots of the Arapahoe bike lane from above—looking toward the Auraria Campus (left) and toward Arapahoe Square and Curtis Park (right): 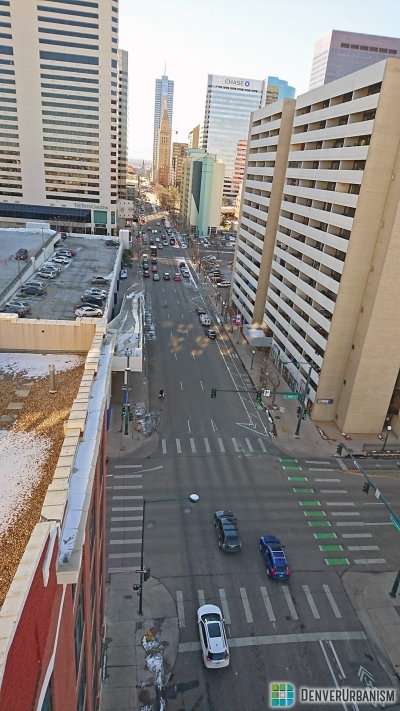 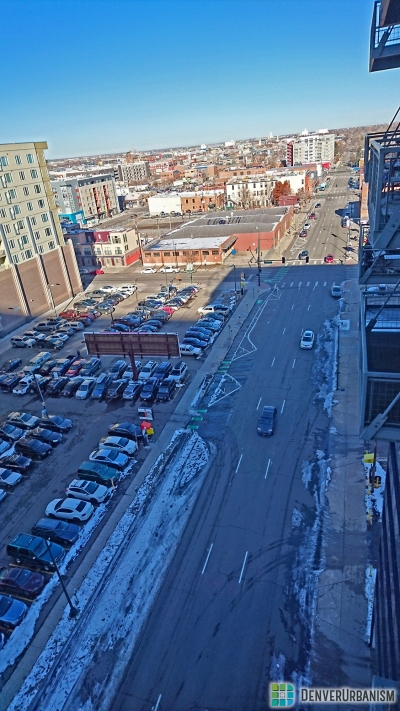 Back at ground level, here’s the finished version of the floating bus stop at 16th and Lawrence that I covered when it was still under construction in October: 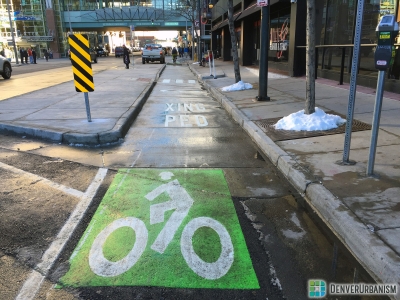 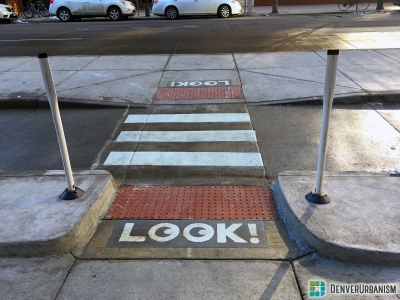 Up next for new protected bike lanes Downtown will be 14th Street, coming Summer 2016.