Cobbler’s Corner is a new neighborhood-scale commercial adaptive reuse and infill project, located at 2436 W. 44th Avenue (44th and Alcott). The project is being developed by place-maker Paul Tamburello’s Generator Development, the group behind the restoration of several LoHi buildings. The project includes the restoration of a 5,200 square foot building as well as the addition of two buildings adding approximately 9,000 square feet replacing the parking lot. When finished, the project will include space for two restaurants, five retail bays, and two live-work studios. The original building most recently housed the Germinal Stage Theater; however, this redevelopment will bring it more in line with its original use as a neighborhood retail location in the late 1920s.

This rendering shows the original building in the center which is being restored into retail and restaurant space.  The building is then flanked by new infill to include a matching facade on the 44th corridor with additional live/work studios and a courtyard behind.

Rendering of the Cobbler’s Corner redevelopment project in the Sunnyside neighborhood. Image courtesy of Generator Development.

This photo shows the most recent use of the building as the Germinal Stage Theater.  As seen in the rendering the windows are being restored in an effort to once again activate the 44th corridor with retail and restaurant use.

The new live/work studios that were built behind the restored building replacing the parking lot: 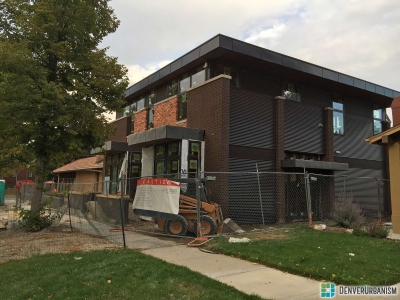 The new building built on the 44th corridor with a matching facade: 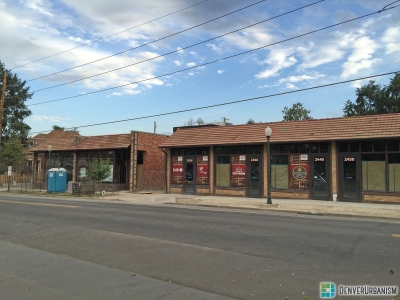 This photo shows the courtyard entrance between the two buildings.

The project is slated to wrap up as soon as October and should start welcoming its first tenants in the following months.

Matt Levesque is a resident of Sunnyside and has diversified experience in government, real estate, and information technology industries. He is an advocate for building a better city through the development of walkable communities and smart urbanism.