The Montessori Academy of Colorado (MAC) elementary school recently completed phase one of its multi-million dollar restoration of the Ideal Laundry building in historic Curtis Park. 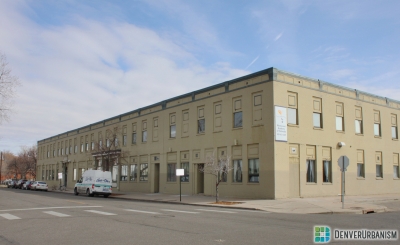 With the help of New Markets Tax Credit Loans (a federal program designed to stimulate economic growth in low income urban neighborhoods by providing private investors in Community Development Entities with tax incentives), and the Denver Office of Economic Development, MAC was able to finance a renovation that nearly doubles the usable square footage within the building.

Occupying nearly half of the 2500 block of Curtis Street, the Ideal Laundry building has been a prominent fixture in the Curtis Park neighborhood for over one hundred years. According to a 2010 Application for Landmark Designation to the Denver Landmark Preservation Commission, the building was initially erected in 1910 as a laundry facility where artesian well water was pumped on site. The building changed ownership several times over the years; additions were made, interior walls were erected and dismantled, and exterior doors and windows were boarded up and then uncovered again.  The photo below is from the Denver Public Library’s digital collection, taken in 1988 when the building was home to a watering hole called Eric’s Pub. 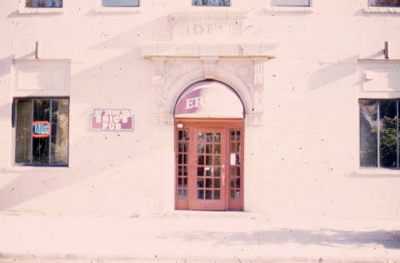 Adapting an historic industrial facility for use as an elementary school is a complicated venture.  Since they purchased the building in 2007, MAC has replaced the outdated HVAC system, the roof, and the smoke detection and alarm systems. This most recent renovation converted spaces like the one pictured below into several new classrooms, a library, art and music rooms, a small kitchen, staff lounge and conference room. 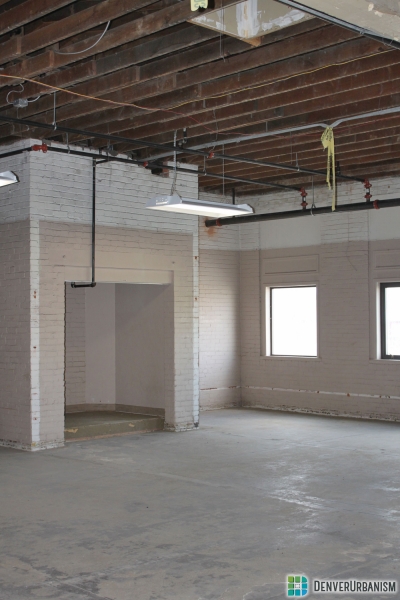 Though the interior of the building is being completely upgraded, MAC has managed to preserve some of the original character of the building, as you can see in the photo of the windows of the infant care room below. 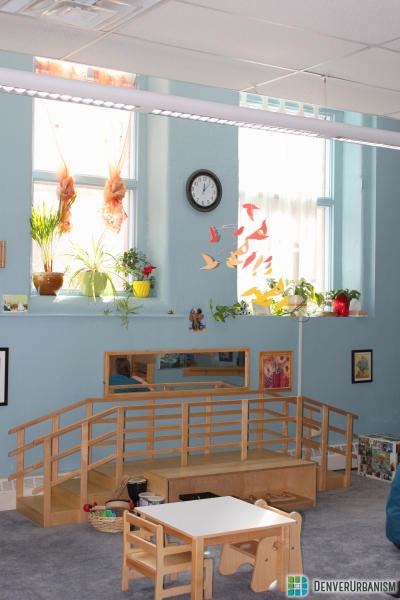 Phase two of MAC’s renovation (“Future Phase” on the Slaterpaull Architects rendering below) is scheduled to begin later this year and will include a media center, gym, and rooftop garden. Many thanks to Abby Hagstrom, Jaclyn Greenbaum, and Nancy James for the tour! 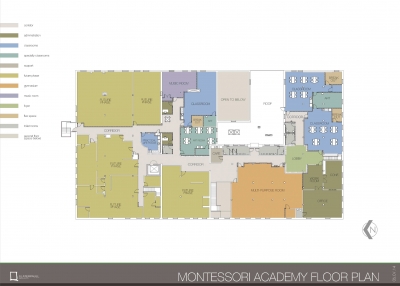