Anyone who has ever biked down Broadway knows how unpleasant of an experience it can be. Between cars passing far too close and at high speeds, and having to fight for space in a bus lane, most people just avoid Broadway altogether—understandably.

But it doesn’t have to be that way. The reality is that Broadway has the potential to become a major thoroughfare not only for cars, but also for bikes and pedestrians. And this isn’t just one bike advocate’s pipe dream; plans for a bike-friendly Broadway have already been designed by city planners and approved by the Golden Triangle Neighborhood.

See these images of plans and renderings of Broadway from the newly completed Golden Triangle Neighborhood Plan: 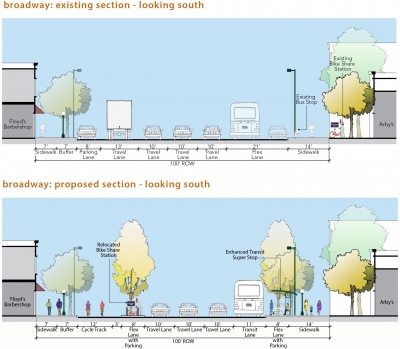 Proposed design for the intersection of Broadway and 11th Avenue: 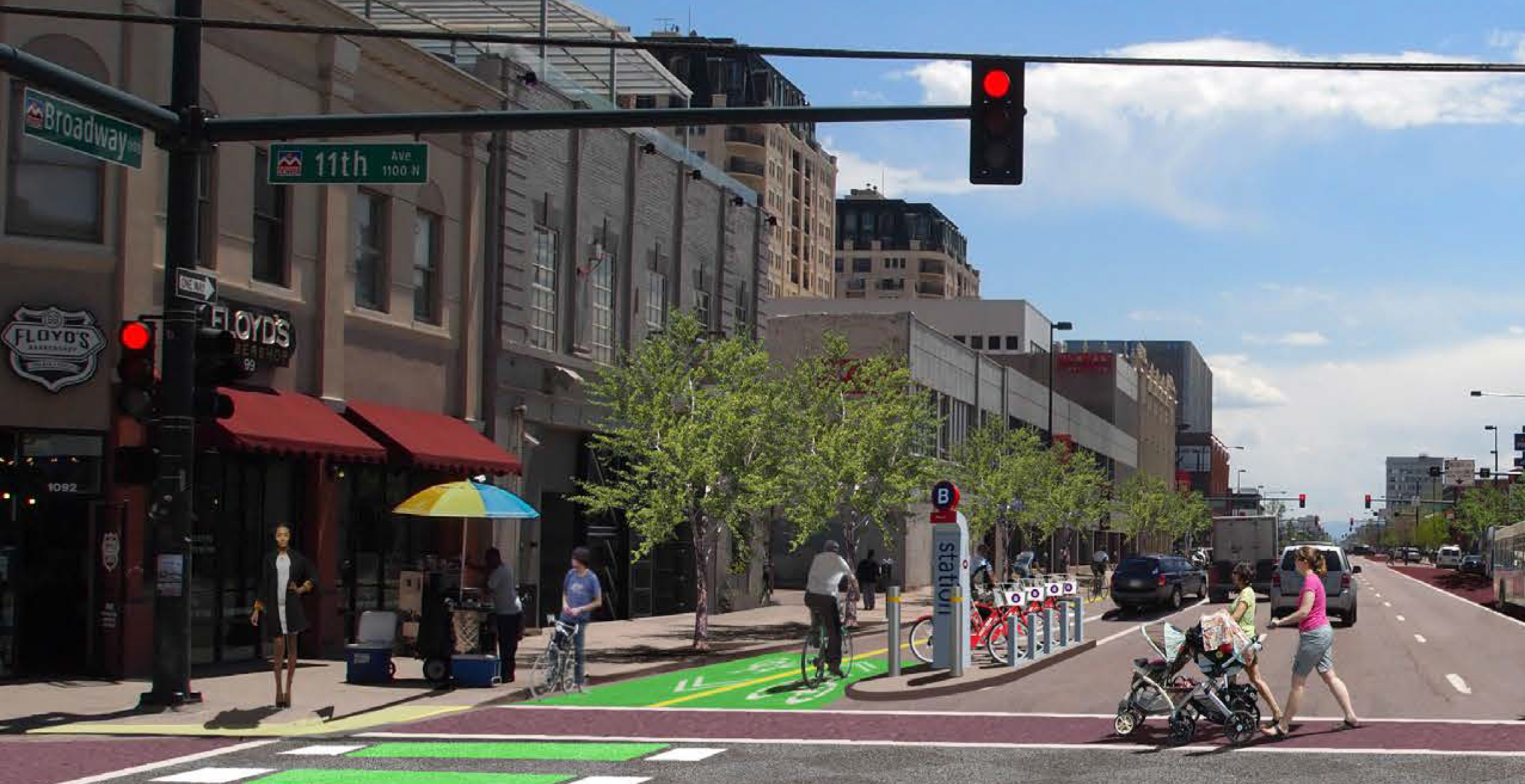 Images courtesy of City and County of Denver and Golden Triangle Neighborhood Plan.

The plan was approved by a Golden Triangle Neighborhood vote back in November, and as is clearly evident, includes bold plans for bike and pedestrian infrastructure. According to the plan (available here), there will be a protected bike lane on Broadway all the way from Colfax to Speer, with the possibility for further expansion north and south into adjacent neighborhoods as well. It makes sense. Currently, bikers heading downtown from South Broadway are forced to jump on and off of Bannock (currently the area’s only bike lane, albeit not protected) as it meanders tenuously through residential neighborhoods and by the hospital, then ride through the Sunken Gardens Park just to cross Speer, and finally either walk their bike or merge with high-speed car traffic on Broadway.

Back in December, BikeDenver capped its annual Winter Solstice Ride with a bike parade down Broadway from 12th Avenue all the way to Illegal Pete’s on South Broadway. It definitely felt safer riding with 60 bikers, and without having to worry about buses. But that withstanding, it was a powerful experience showing the potential of Broadway as a true bike corridor in the city.

We already have city and neighborhood support. Now we, as bike advocates, need to band together and make the actual implementation of this a public push for 2015!