A beacon of preservation stands tall amid all of the construction and rumbling noise of Lower Downtown: Denver Union Station. On the eve of the grand opening of the Union Station Transit Center, let’s take a look back at the history of Denver’s venerable train station.

The first train arrived in Denver on June 24, 1870 with only one “station” for the Denver Pacific Railroad. This train’s arrival was no small feat and was certainly not assured. Thanks to visionaries and the deep pockets of early Denver promoters and businessmen such as John Evans, David Moffat, Walter Cheesman and William Byers, a spur railroad line had been quickly constructed to connect Denver to Cheyenne. The Union Pacific Railroad had bypassed Denver completely by agreeing to build the transcontinental railroad through southern Wyoming rather than through Colorado’s more treacherous mountainscape. So significant was the arrival of this first train in 1870 that the city named one of its streets in the far-away eastern edge of town after the first conductor who was aboard that train—Billy Ogden.

As more railroads came to Denver over the decade, each built its own depot separate from the other. However, Union Station was constructed following national trends of combining these disparate rail stations into one. Originally opened in 1881, the station served as the gateway to Denver for those coming to the city by train. There have been three incarnations of the station. The original structure was a stunning example of Second Empire design and was a monument to Victorian-era architecture. Unfortunately, much of this building burned down in 1894 when a fire sparked inside a restroom. The stone walls remained. This edifice was reused and rebuilt with a much lower roofline (removing much of the ornate design) and a stone clocktower. Today, we see the remnants of the original building through the east and west wings, but the large Beaux-Arts lobby section of the current building was completed in 1914 as an expansion of space to accommodate the huge influx of visitors and train-travelers to Denver. As the summer months approach, Denver will be celebrating the centennial of this section and the reborn grandeur of what remains as Union Station. 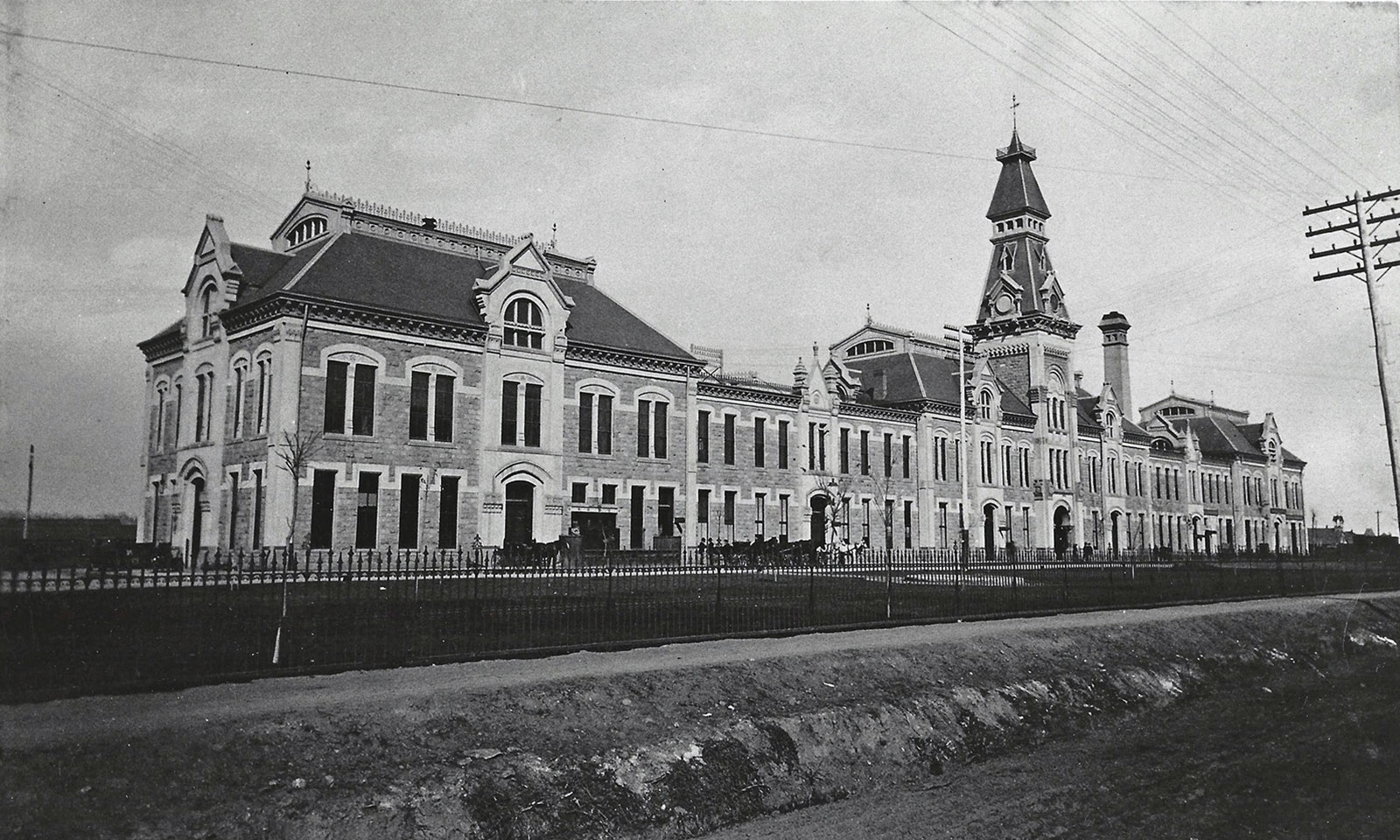 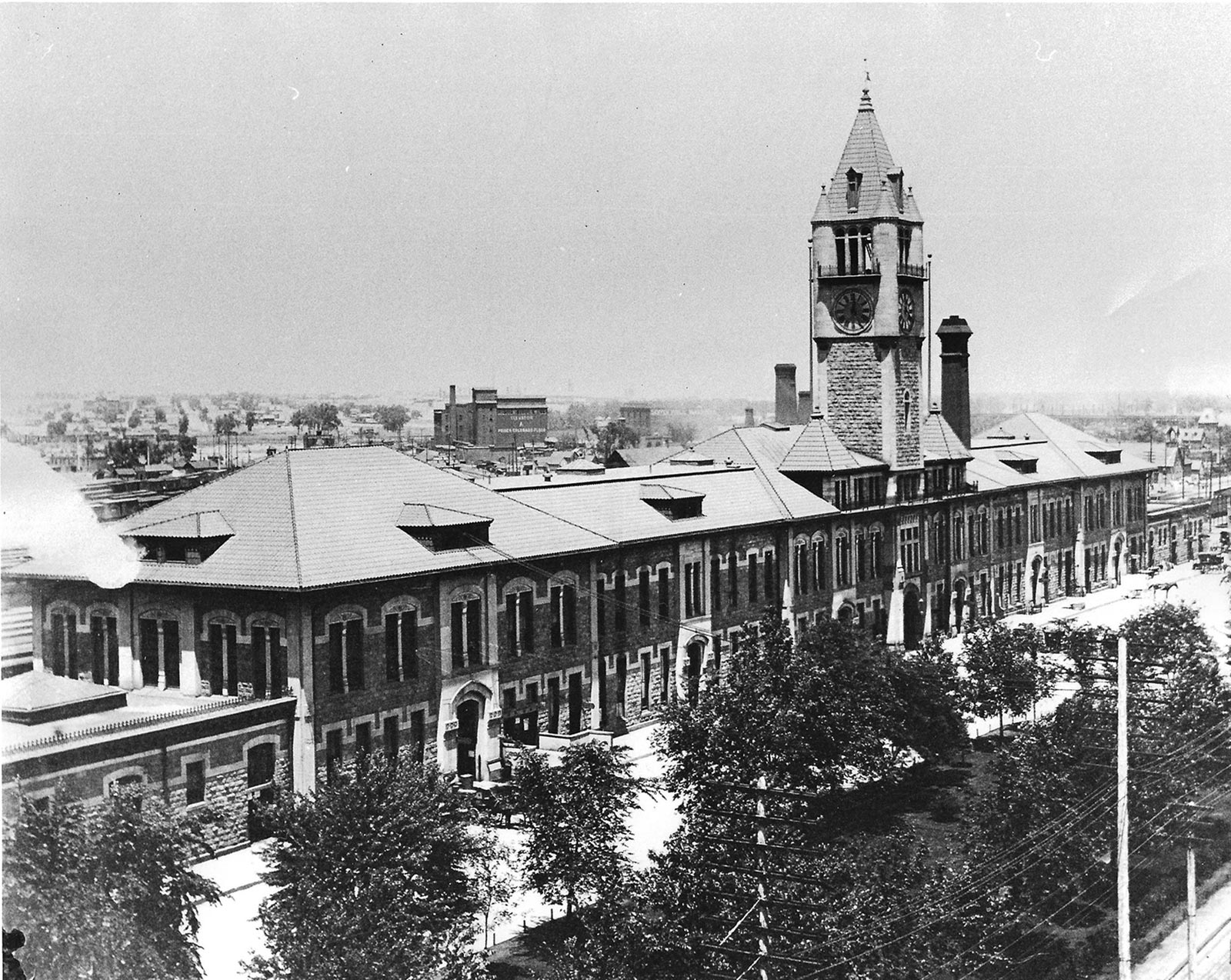 Union Station was a prominent transportation center through the 1950s but was eclipsed in use by the growing popularity of air travel and the move toward a more auto-dependent society. What is perhaps most miraculous is that Denver never demolished its old train station during the spate of urban renewal efforts that ruled over the city during the middle and late 20th century. During the Peña administration, voters of the city rejected efforts to turn Union Station into the city’s convention center complex. That scenario from 1985 was the last big threat to the survival of the station area as we know it today. It did reflect just how vexing the “problem” of Union Station had become. What should a city do with its underutilized and empty former train station? It turns out, for Denver at least, the answer resided in what the station had historically been used for—train travel.

Through a monumental planning effort, the City and County of Denver, RTD, and numerous public and private partners (as well as Denver voters who rejected the convention center idea in 1985 and Metro Denver voters who approved FasTracks in 2004), have achieved a truly magnificent milestone in the preservation and adaptive reuse of Union Station as both a hotel and public transit space. Large numbers of people will once again walk through the station’s grand atrium in order to access transportation, including trains! For a big part of the 20th century, Denver was demolishing historic buildings and creating an infrastructure that catered to the automobile by building more roads and parking lots to appease consumer demand. All of that is changing and new choices are being promoted with the continued preservation efforts in the Lower Downtown Denver Historic District and the soon-to-be-reopened Union Station.

(Thanks to Michael Vincent, star-intern and CSU student at the History Colorado Center for his assistance in researching and writing this blog entry).