It’s been a long, long time coming, but the $500 million Denver Union Station Transit Center is COMPLETE and will open for transit operations tomorrow! This is undoubtedly a game changer for downtown Denver and represents the realization of nearly three decades of planning efforts, if not more. Ryan D. covered the grand opening ceremonies in two posts (parts one and two) yesterday on DenverInfill.

The Denver Union Station Transit Center (any ideas for a nickname?) consists of three major transit components: light rail (open in 2011), bus (open now), and commuter rail (coming in 2016). Let’s take a look at each of those components and how they fit into one of the most expensive infrastructure investments since Denver International Airport.

RTD has produced (and agreed to share) this great image that gives a general overview as to how the three components fit together and where the different modes provide service to.

The locations and facilities labeled in orange on the image above are now complete and will be open for the general public on Sunday, May 11, 2014. The Chestnut, Wewatta, and Union Station Pavilions provide the three main entrances to the underground bus station, complete with stairs, escalators, and elevators. The Platform 2 and Platform 4 Pavilions provide access from the Commuter Rail platform with stair and elevator access to the underground bus concourse (no escalators).

The light rail facility was relocated in 2011 and served as the first major component completed at Union Station as part of this massive project. This new station replaced the previous light rail platform which was located just south of Wewatta Street (right about where the Wewatta Pavilion is today). The 16th Street MallRide was also extended 2-3 blocks to serve the new light rail station at the same time. 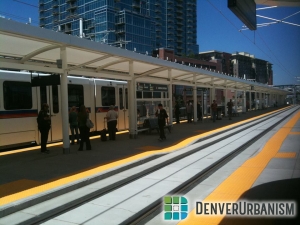 The underground bus station (which again….nickname?) is a sight to behold. A behemoth at 140 feet wide and 980 feet long, this 22-bay bus station has more than twice the capacity of Market Street’s 10 bays. The pedestrian concourse isn’t anything to sneeze at, coming in at 44 feet wide and 780 feet long. Every bus that services Market Street Station today will service Union Station, in addition to the free MetroRide. Buses from Greyhound as well as other private bus companies are a possibility in the future (no definitive plans as of yet). CDOT announced this week that its new inter-regional bus system—which will connect Fort Collins, Colorado Springs, and Glenwood Springs (and points in between) with downtown Denver—will serve the underground bus station. This new service starts sometime next year!

DenverUrbanism and DenverInfill have tackled the bus station through several previous posts, so I won’t bombard you with pictures here, but let’s take a look at some before-and-after pictures of the bus facility. Better yet, head on down and take a look for yourself. Honestly, I was wary when I heard about the yellow tile (can anyone say outdated and tacky?) but I think it turned out great. Combined with the seven skylights, it really helps brighten the facility up and makes it seem even larger (if that was possible). 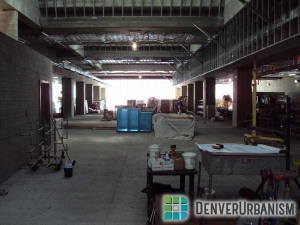 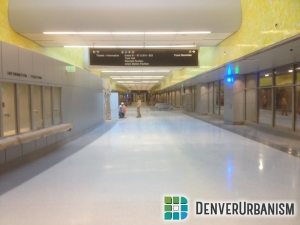 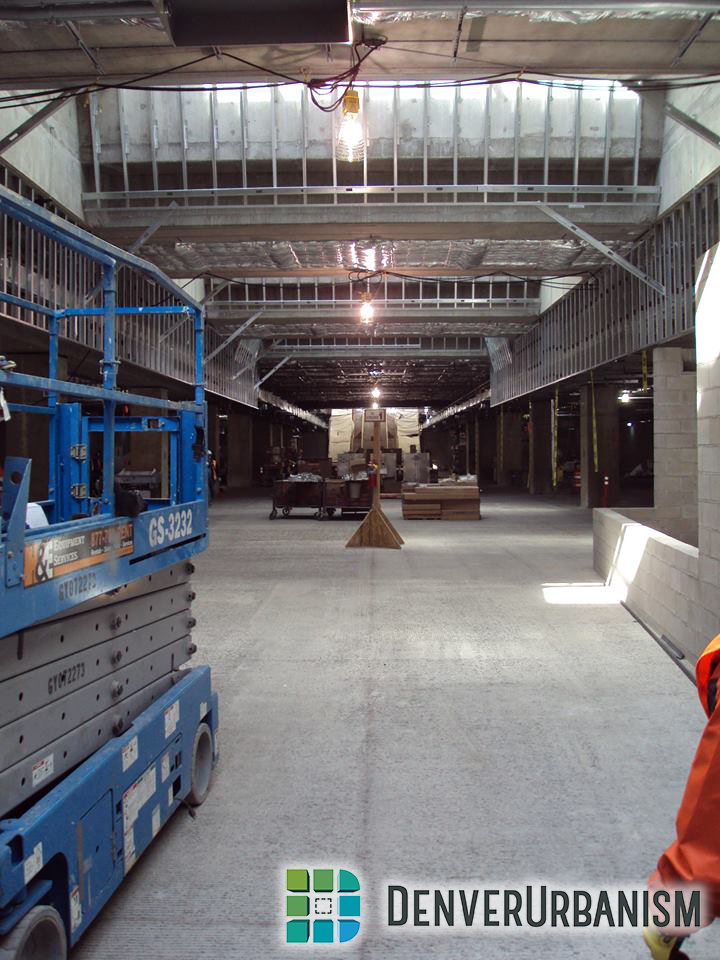 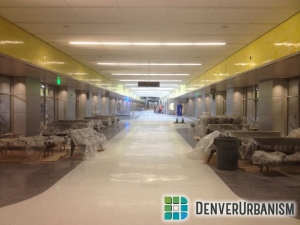 The final and the most visible and stunning piece of transit infrastructure at Union Station has to be the commuter rail platform. Denver is known for lots of things (300 sunny days each year, active lifestyles, marijuana, etc.) but stunning and modern architecture tends to not make most people’s lists. This canopy will serve as an iconic welcome to those who arrive in downtown Denver by transit, whether it be the coming commuter rail lines, bus, or light rail. 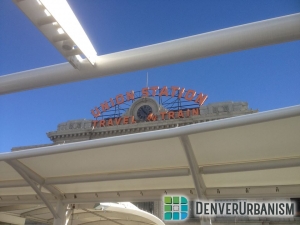 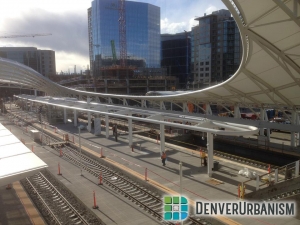 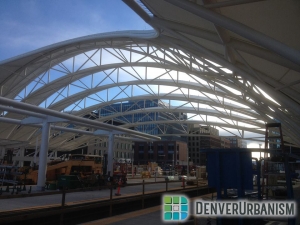 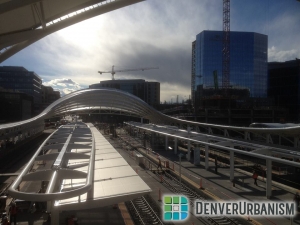 Union Station is big. It’s expensive. It’s important. It serves as the hub of the $6+ billion, decade-long infrastructure investment that is FasTracks. It will serve as the heart of transit throughout metro Denver. It will change how tens of thousands of people access downtown Denver on a daily basis. Get down there and take a look. Wander around. We all paid for it, and after decades of planning and years of construction, we can finally cash in on this investment.