Late last month, crews placed the last girders for the Platte River Bridge, one of the most visible pieces of the Gold Line project. This bridge travels from the eastern edge of the Prospect neighborhood (just next to the Park Avenue viaduct) across the Consolidated Mainline freight tracks and the Platte River and lands just west of the Denver Police facility at Globeville Road and Park Avenue. The bridge rests about as high as the Park Avenue viaduct, providing an interesting perspective on the construction for those traveling into downtown Denver. 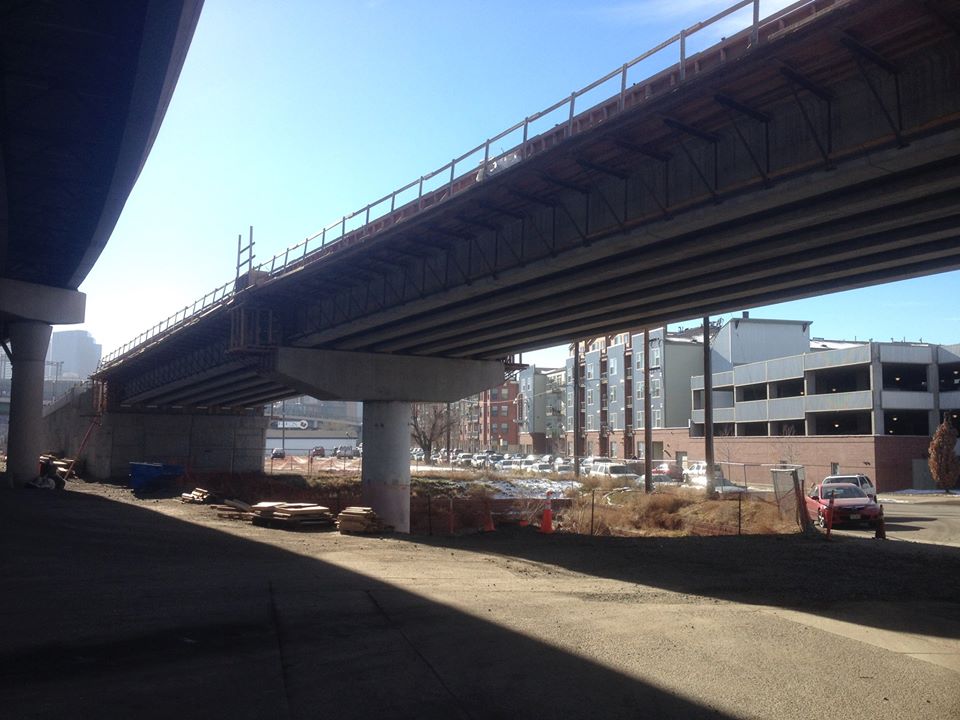 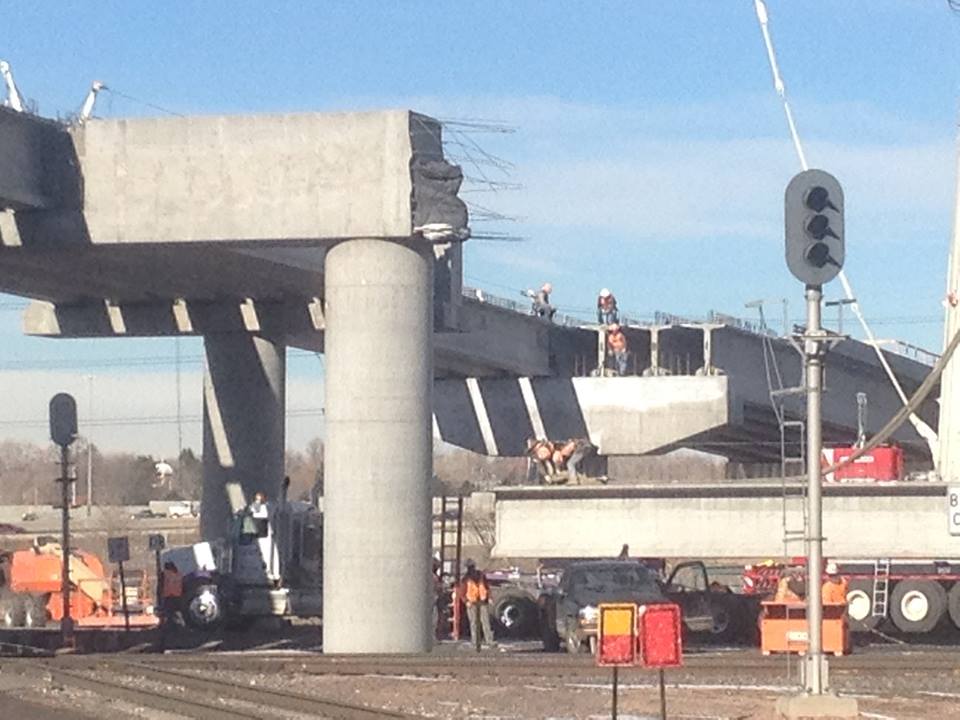 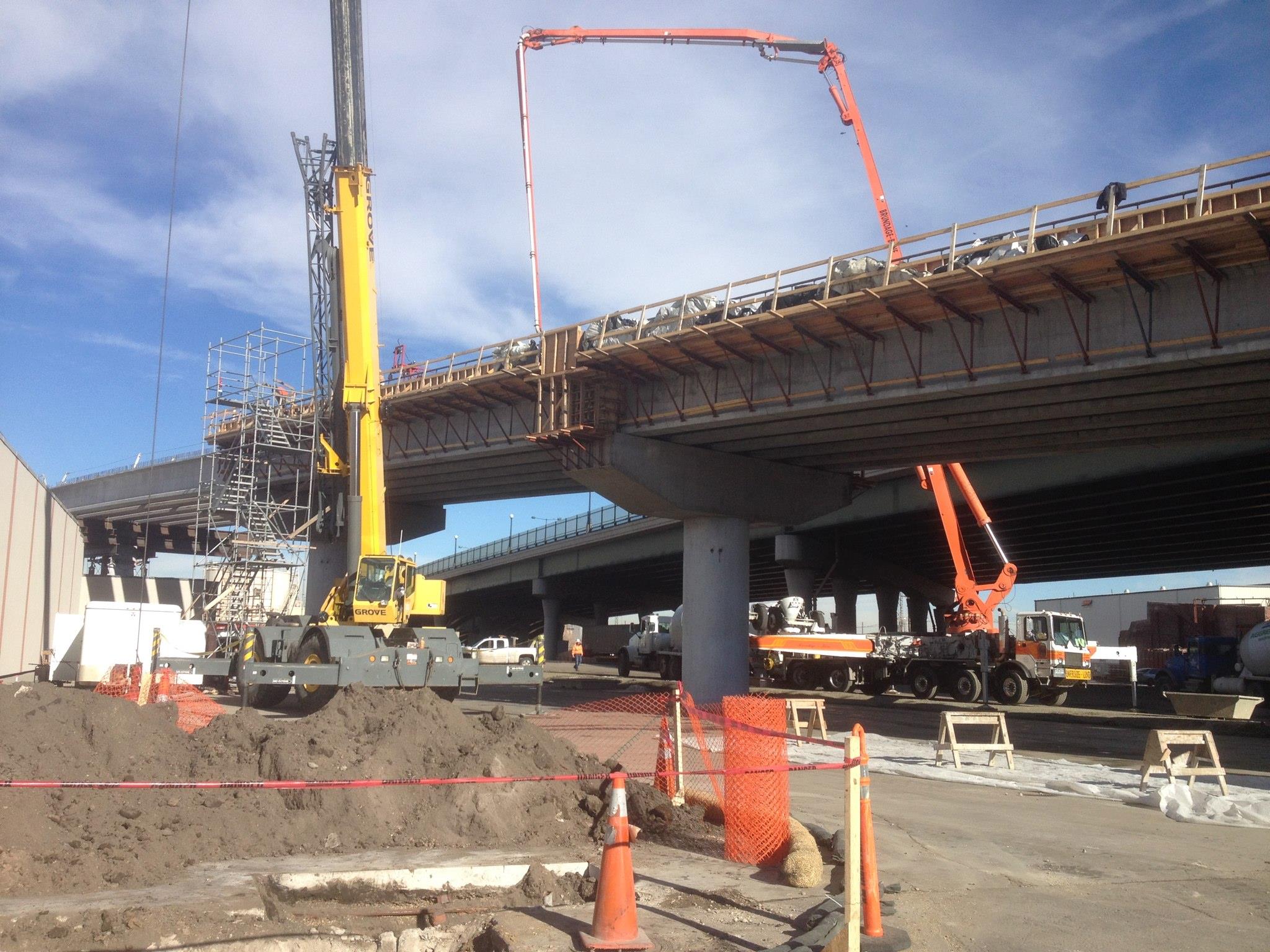 Crews were placing the set of girders the day of my visit. It was an awesome operation to see them place these large girders into place. Took one heck of a crane to lift them as well. 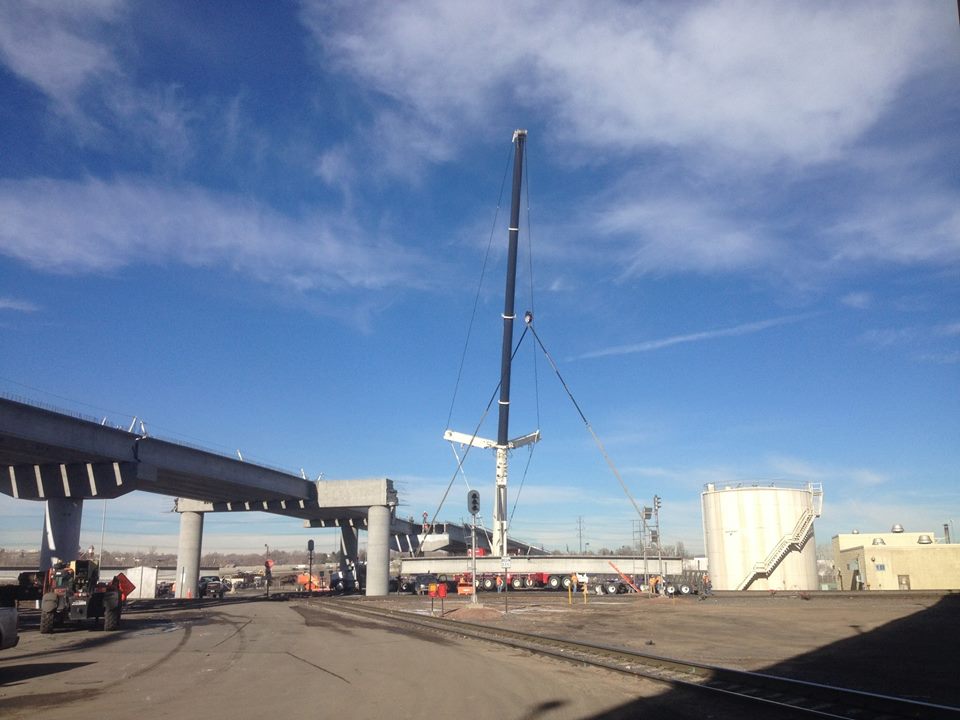 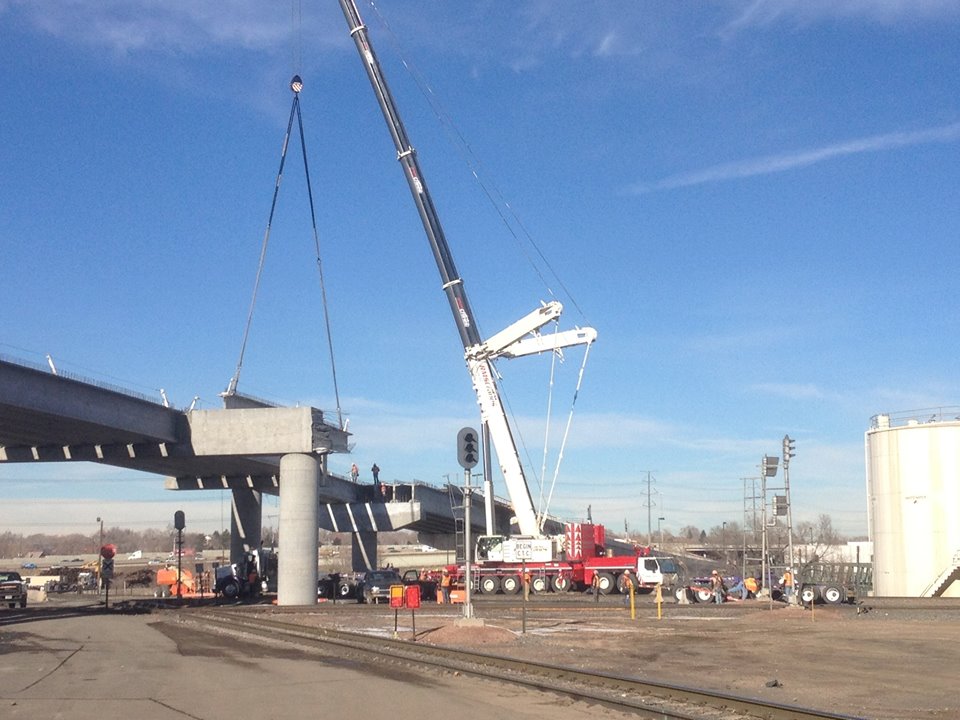 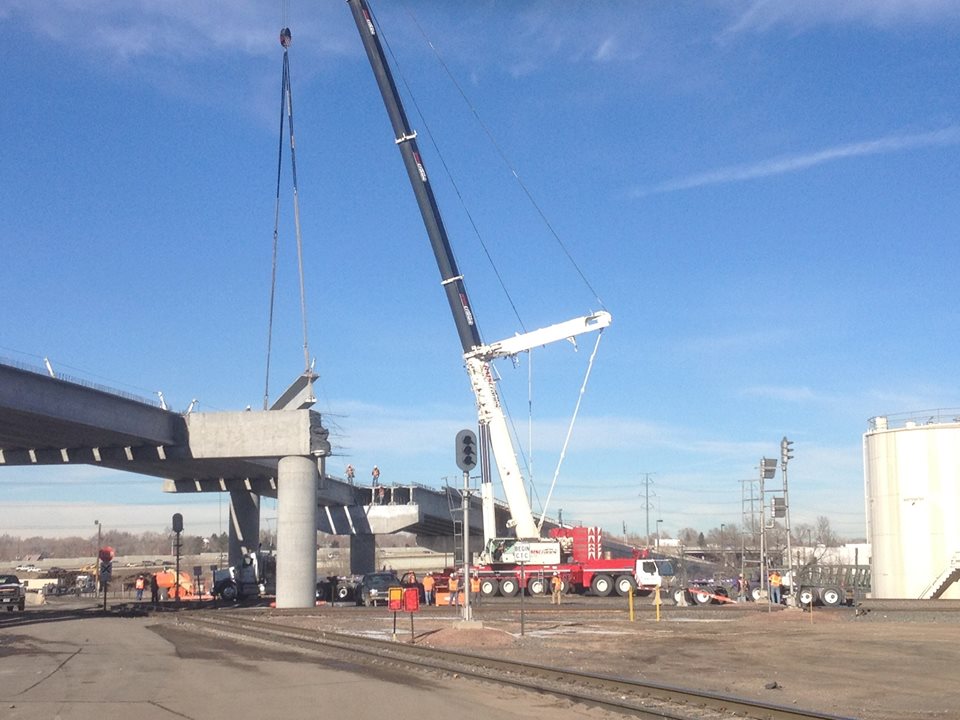 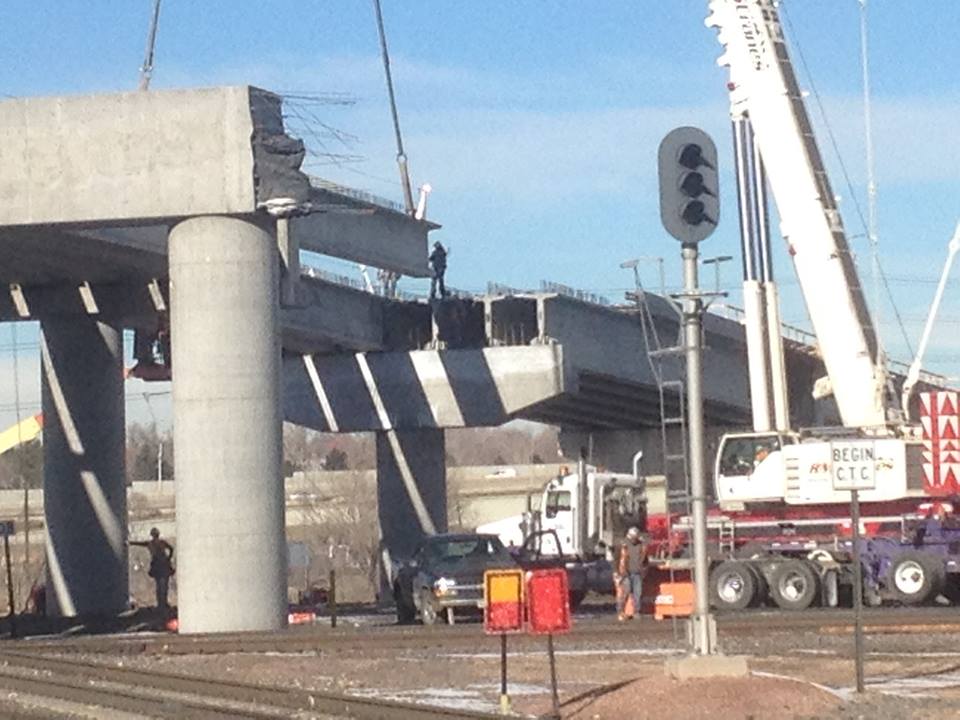 Crews were moving quickly and working on the deck pours for the rest of the structure while the final girders were being set in place. These guys don’t waste any time. 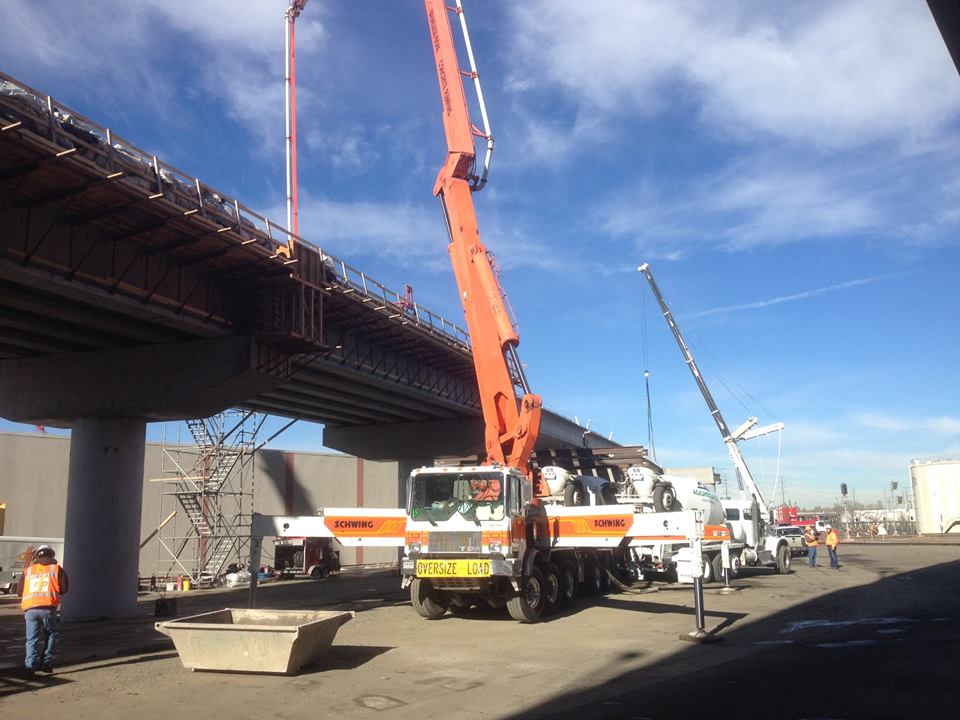 I had an interesting perspective of the underbelly of the Park Avenue viaduct as well. It’s amazingly clean down there… 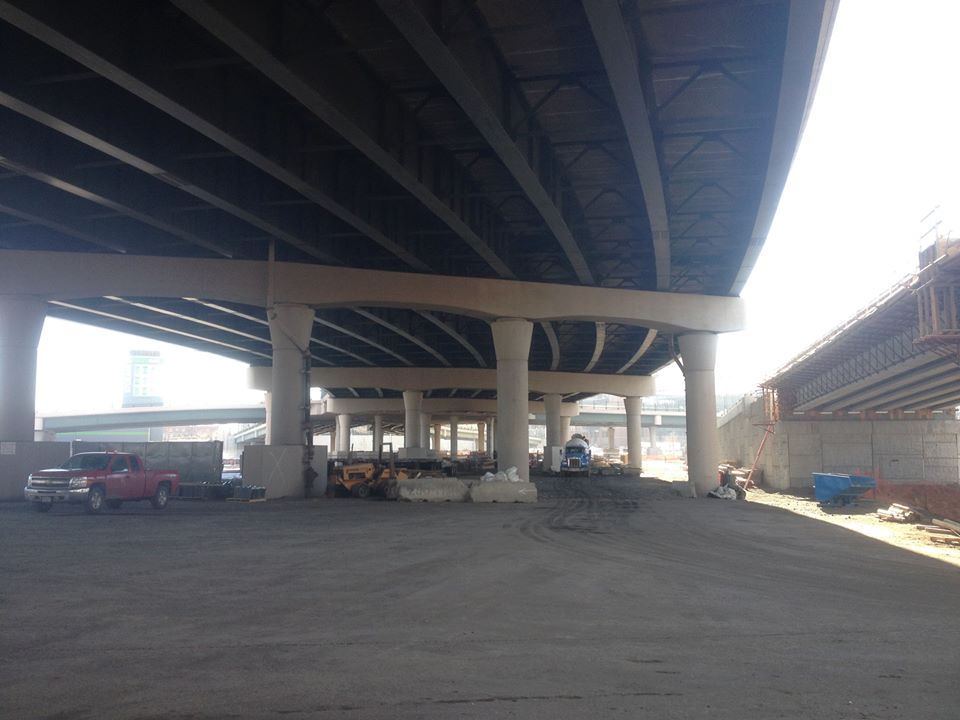 Crews will continue work on the bridge for the next several months as the remainder of the deck is poured and other superstructure work is completed prior to track being laid sometime later this year.