This is Part 2 of our construction update journey along Denver’s East Line corridor. You can read Part 1 here. 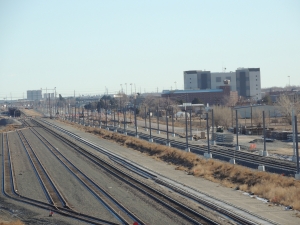 Continuing towards Denver Union Station, the next stop on the East Rail Line is Central Park station in Stapleton. In this area, the commuter rail line is really coming to form. Here we can see the relocated freight line, upright OCS (overhead catenary system – the electricity and communication lines) poles, in-place railroad ties and, most exciting, the future station’s platforms. Below are two pictures of the foundation that will become the Central Park station. 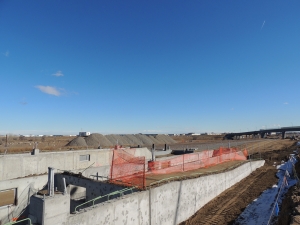 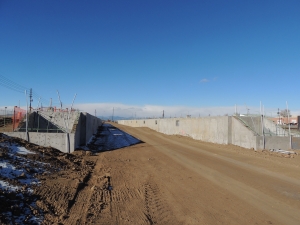 East of the future Central Park station portions of Smith Road have been reopened and OCS upright poles and in-place railroad ties can be seen on either side of Quebec Street. 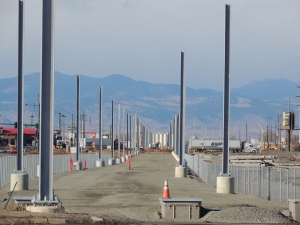 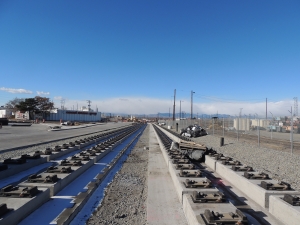 Progress at 40th & Colorado is much less noticeable; however, the work on the foundation of the station platform has begun. Also, many of the spur tracks cutting into Smith Road, east of this station, have been removed and the new 40th & York intersection, west of the station, is open and flowing much more efficiently than before. 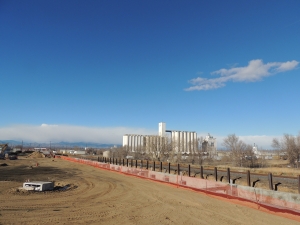 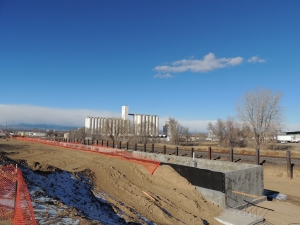 In my Part 3 post, I will continue this update with the final stretch from 38th and Blake into Denver Union Station.