This is the third and final installment of my January 2014 update of construction activities along RTD’s East Rail Line connecting Denver International Airport with Denver Union Station. See Part 1 and Part 2 using these links. 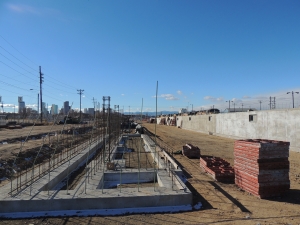 In the final approach towards Denver Union Station, we can see some of the most recognizable progress in the area. Similar to Central Park, here at the 38th & Blake station we can see the beginning of the station platform and the pedestrian crossing (below) as well as railroad ties and OCS upright poles in place. 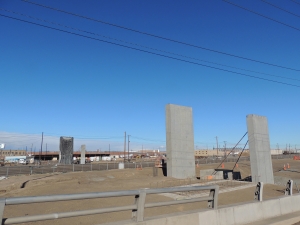 Just northeast of the station, we can see the much-improved East 40th Avenue that now includes sidewalks, improved drainage, curbs and in-place railroad ties north of the street. Below are two photos taken near the recently reopened 40th Avenue and Franklin Street intersection. 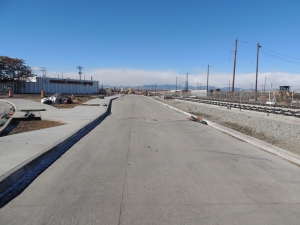 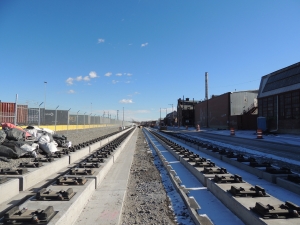 The final stretch of rail between 38th & Blake and Denver Union Station is also starting to take shape with ties in place between 38th Avenue and 20th Street. 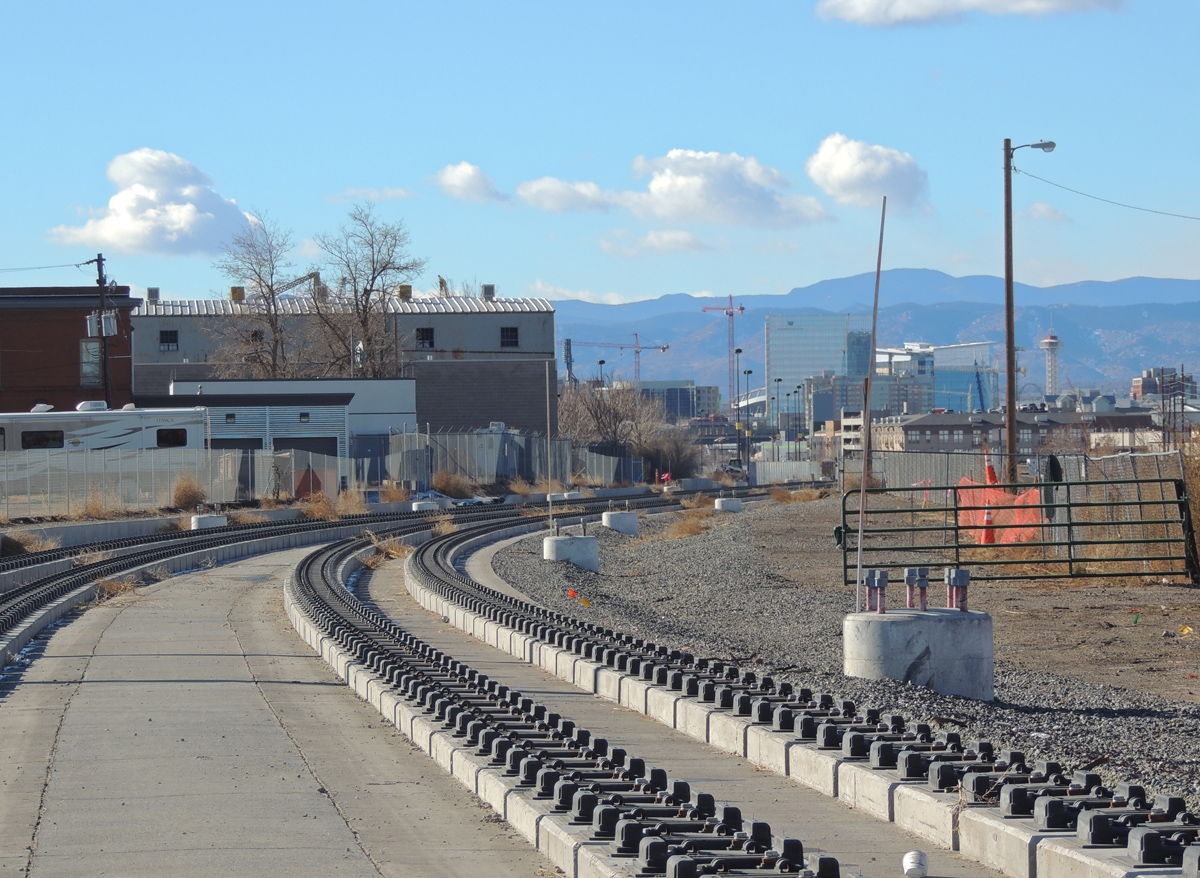 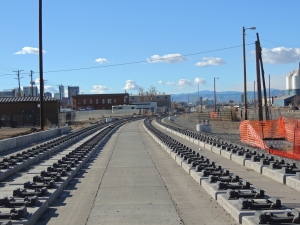 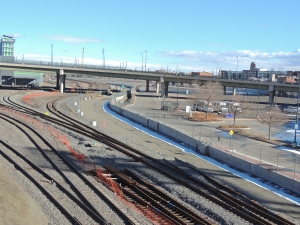