EAGLE Project teams have dismantled the pedestrian bridge at 43rd and Fox Streets to make way for the Gold Line/Northwest Electrified Segment tracks heading north out of downtown Denver, and thanks to our friends at RTD, we have some pictures.

For those who aren’t familiar with this part of town, here’s a quick map showing the (now former) bridge’s location. It’s just north of the future 41/Fox Station and the Park Avenue/38th Avenue/I-25 interchange. 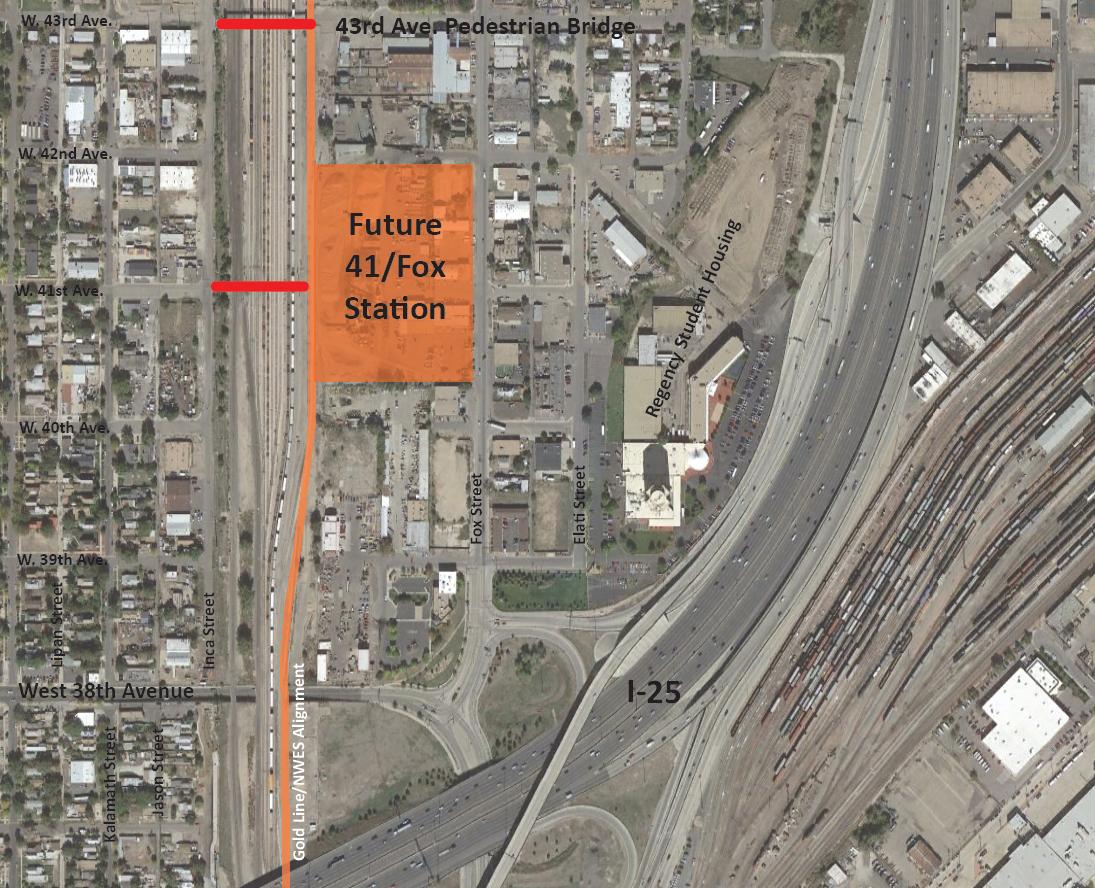 The bridge (as you can see in the pictures below) was an old wooden structure. There was no Americans with Disabilities Act (ADA) compliance to speak of – even the landings on either side of the bridge were dirt. The stairwells were tight and awkward to maneuver. Plenty of garbage left behind signs of people who hung out at the bridge a little too long and used it for other things than just crossing the tracks. Both neighborhoods deserved a better bridge. 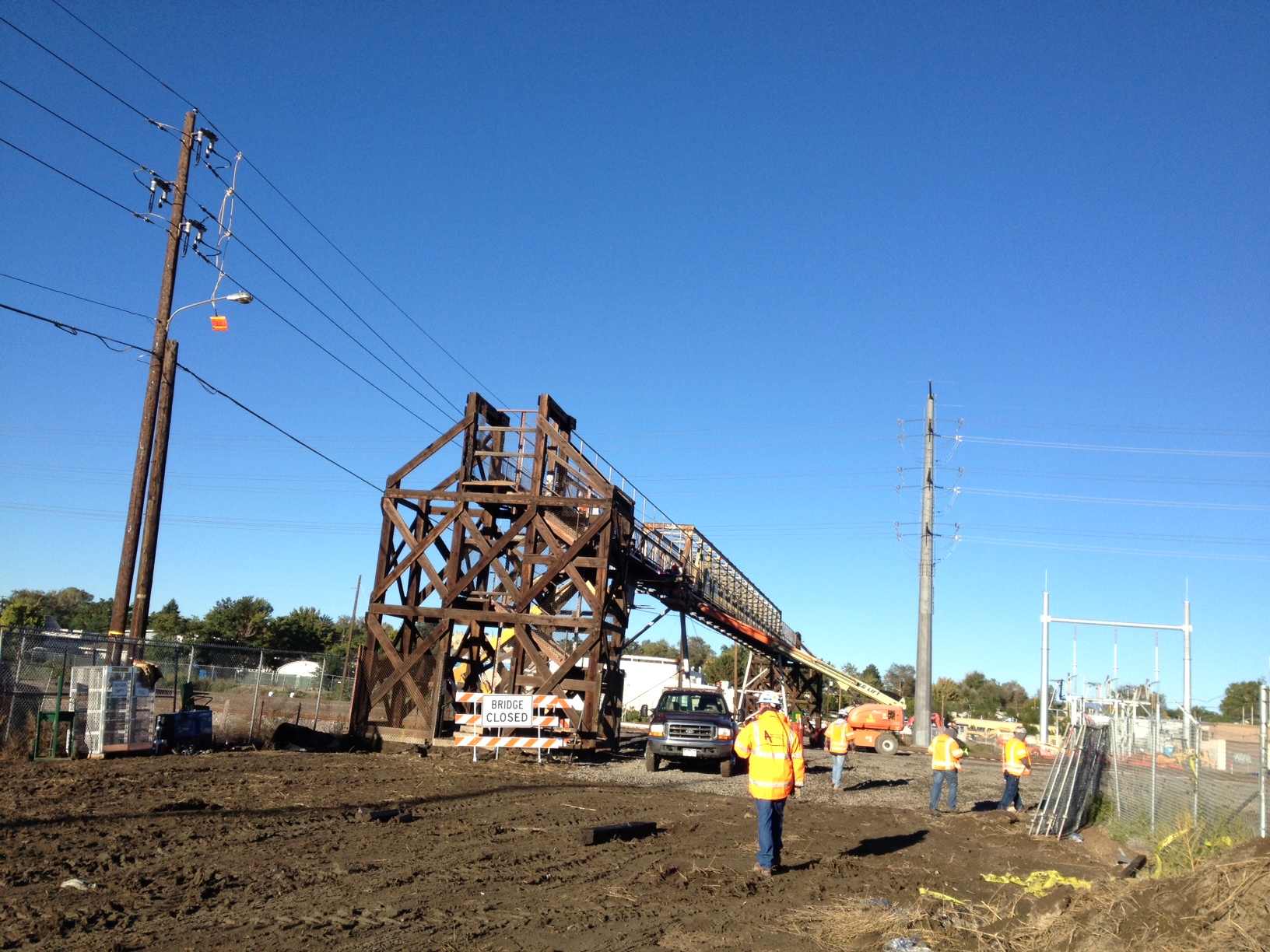 The eastern support for the bridge was directly in the way of the guideway for every commuter rail corridor RTD is building as part of FasTracks. Every train will use the tracks through this area to access the Commuter Rail Maintenance Facility (CRMF), located at 48th Avenue and Fox Street. If this bridge wasn’t moved, the tracks would have to move. Moving the bridge was easier.

The bridge was located immediately south of the Jersey Cutoff Bridge, which we covered in August of last year. You can see it in the background in the picture below. 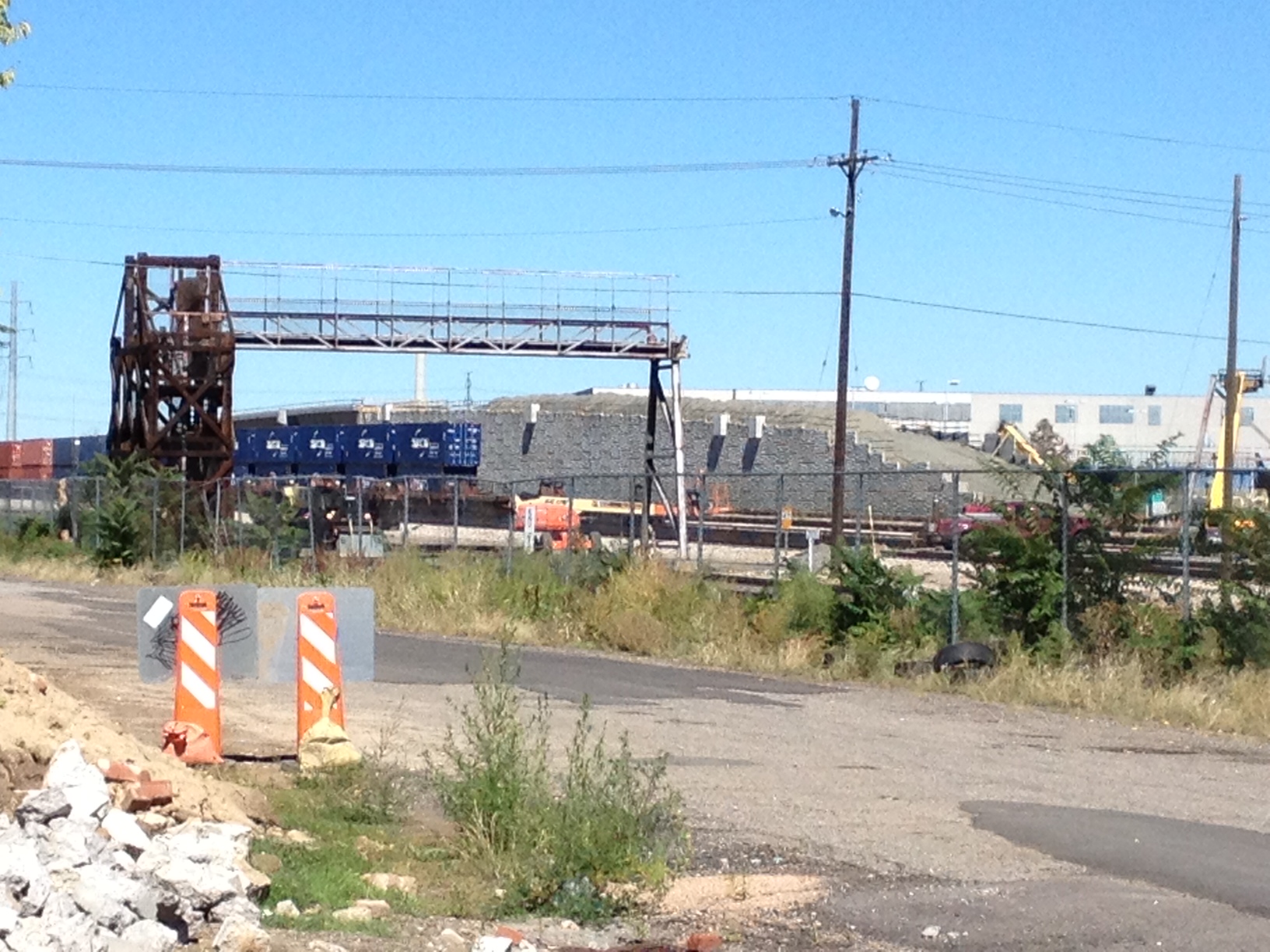 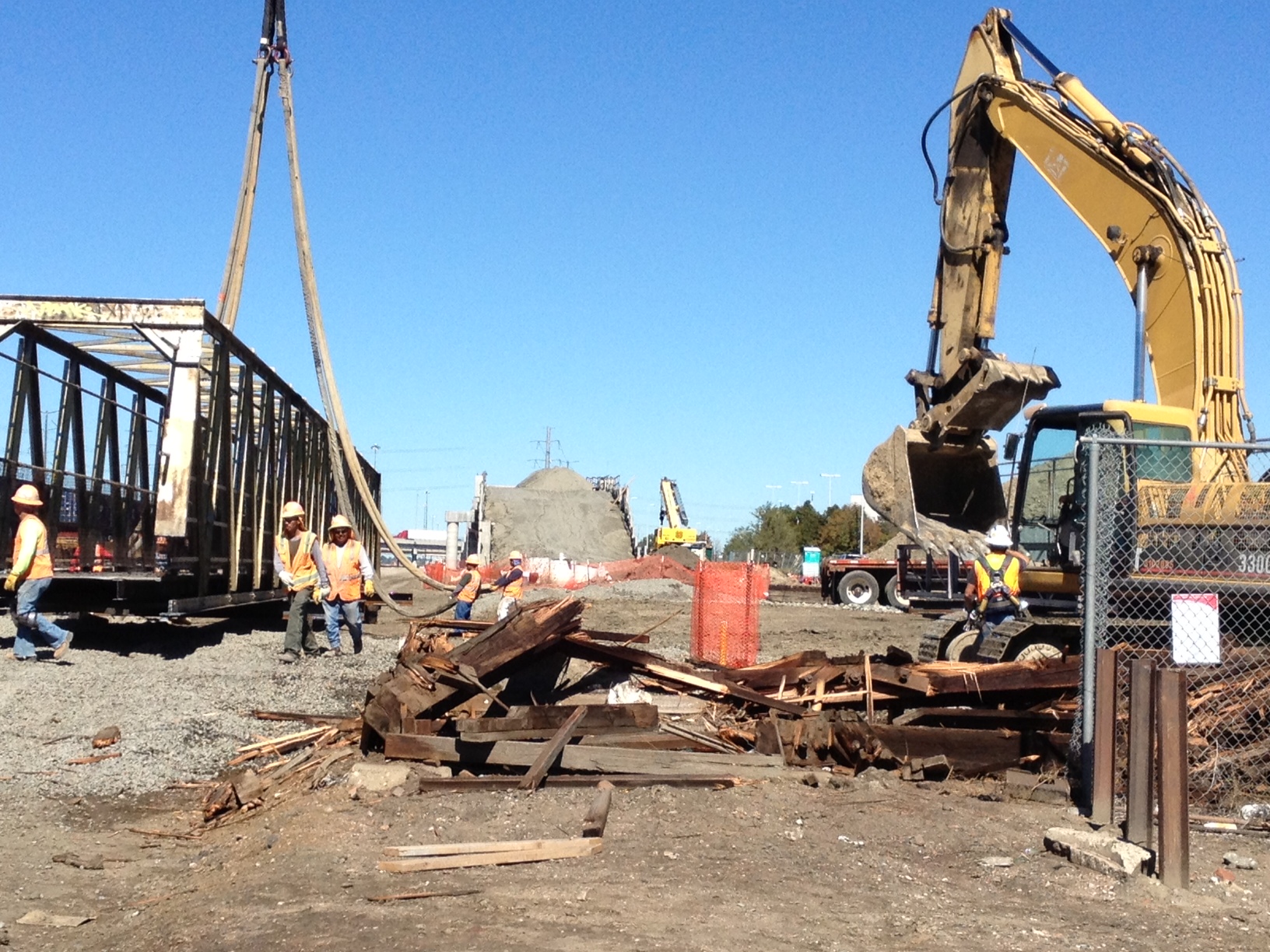 Crews made quick work of the bridge. The railroads held their cars for a portion of the day, clearing a path for a large crane to come and help lift section of the bridge up and out of the way. 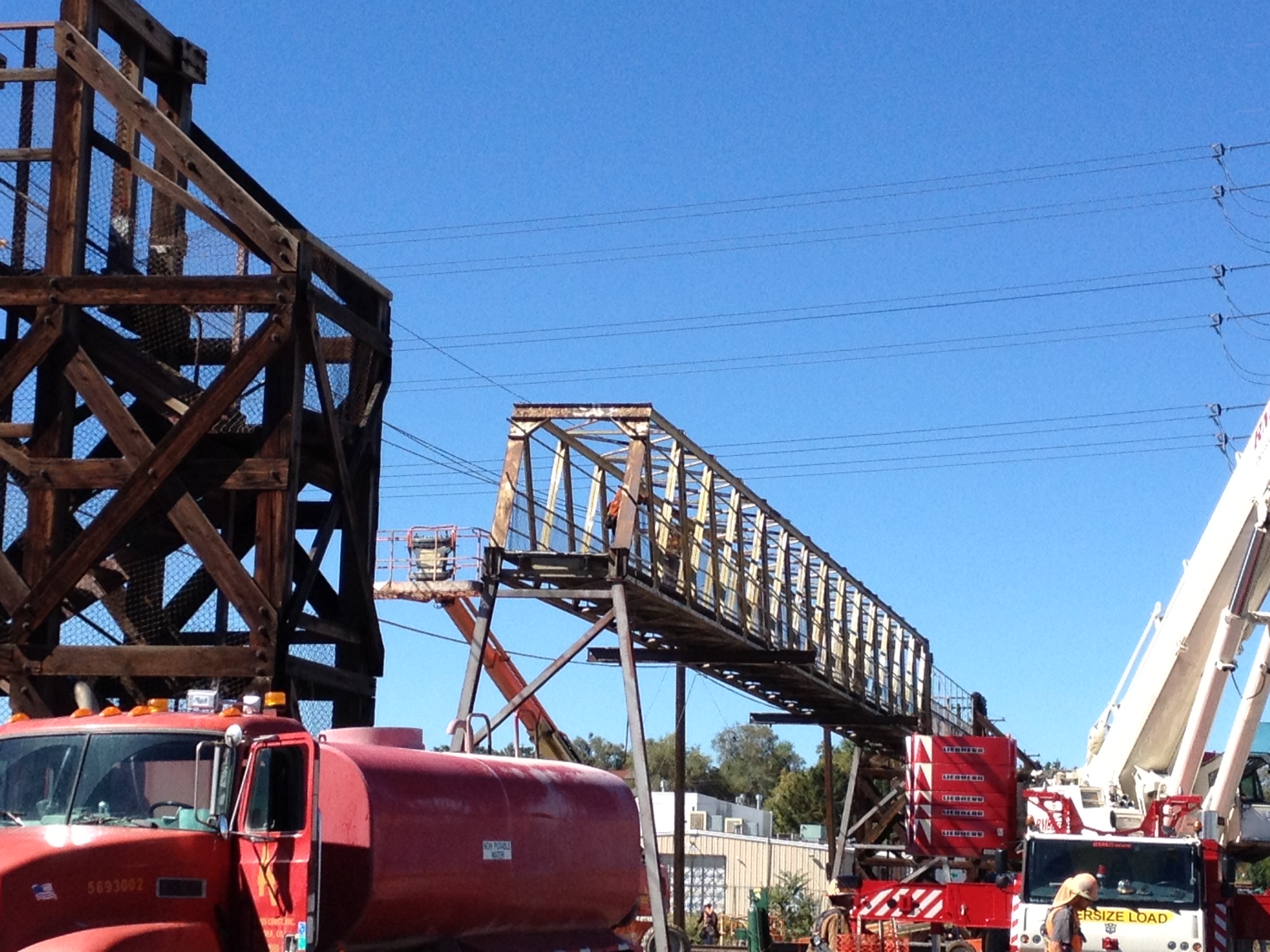 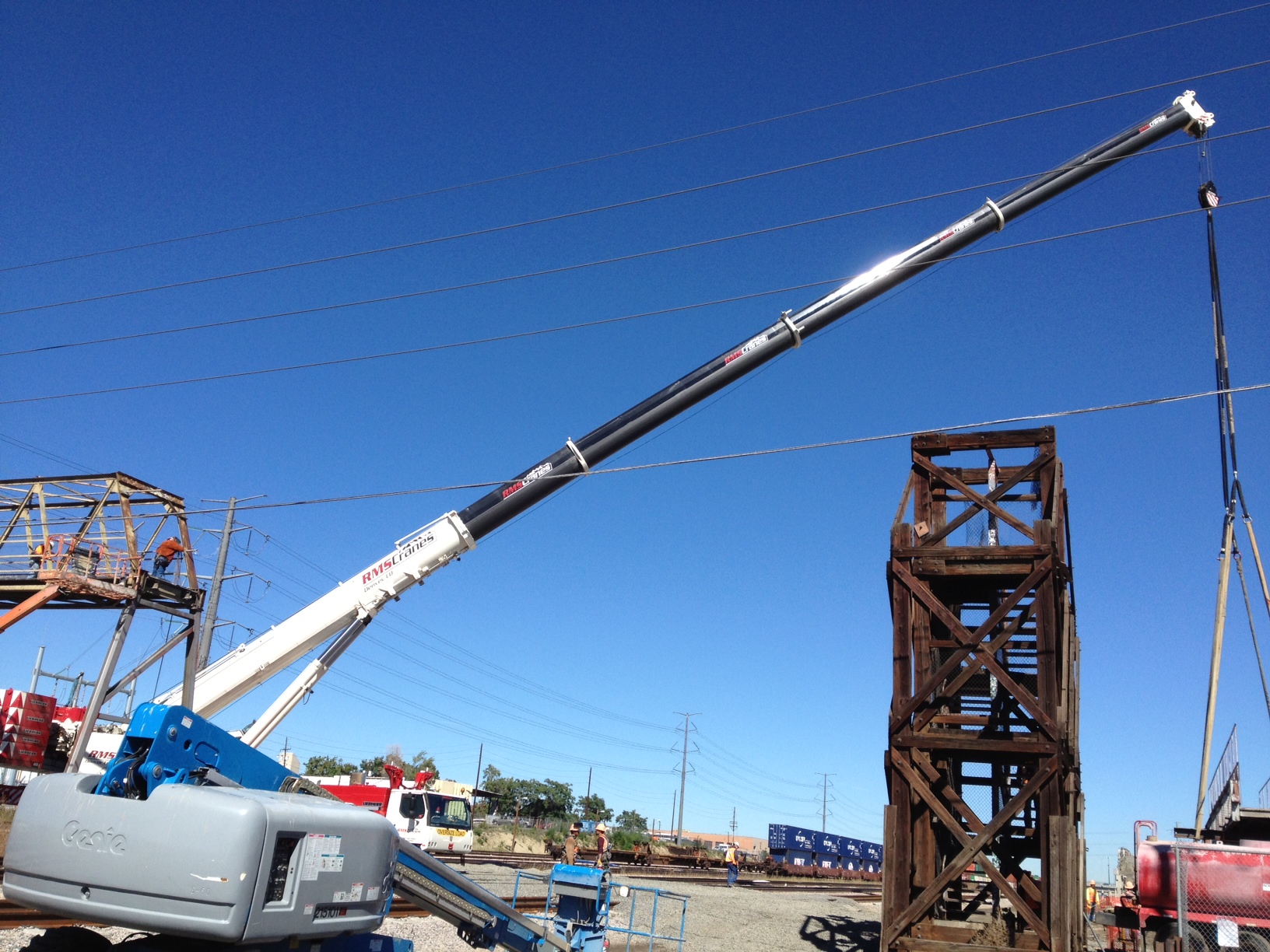 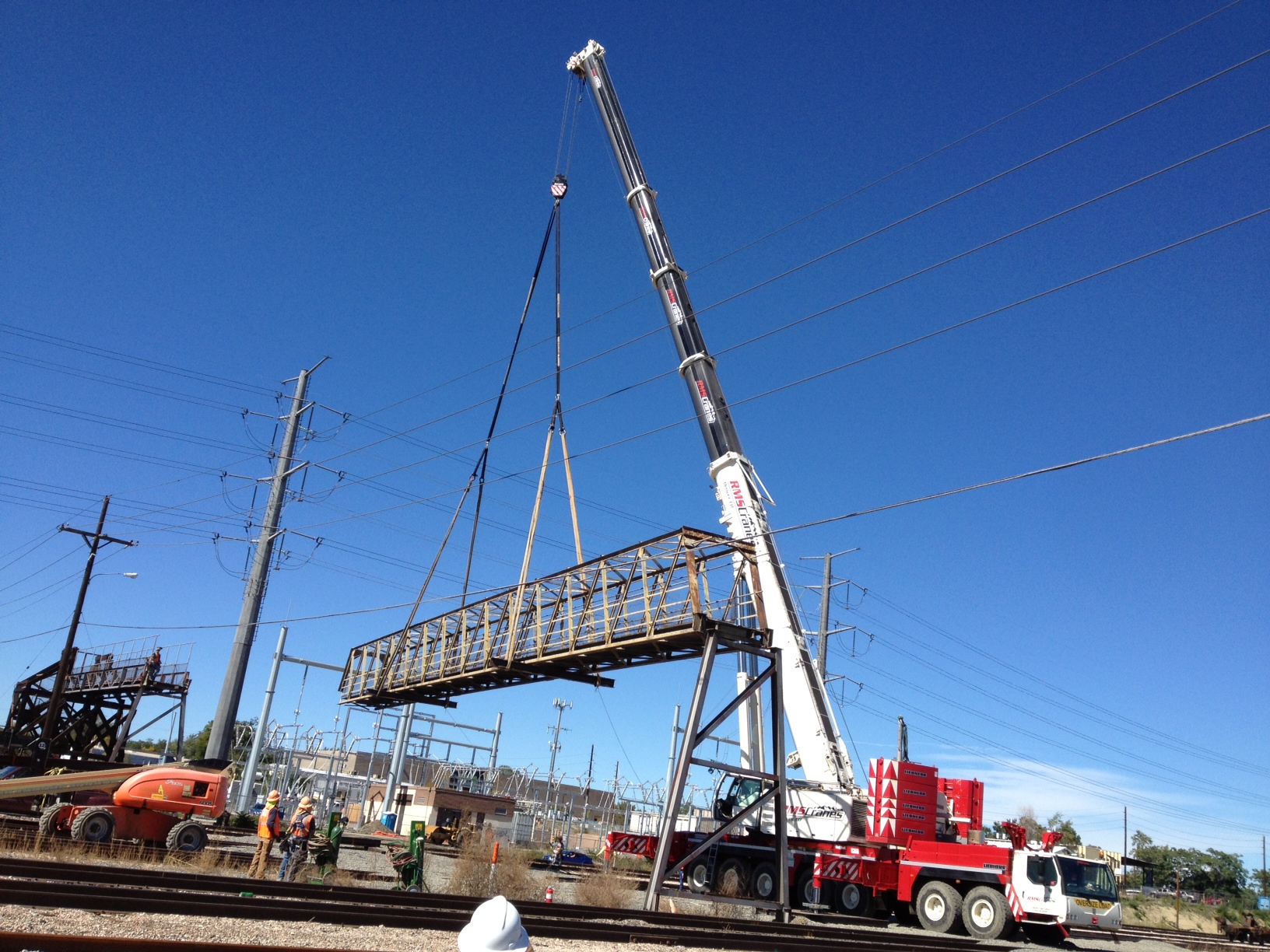 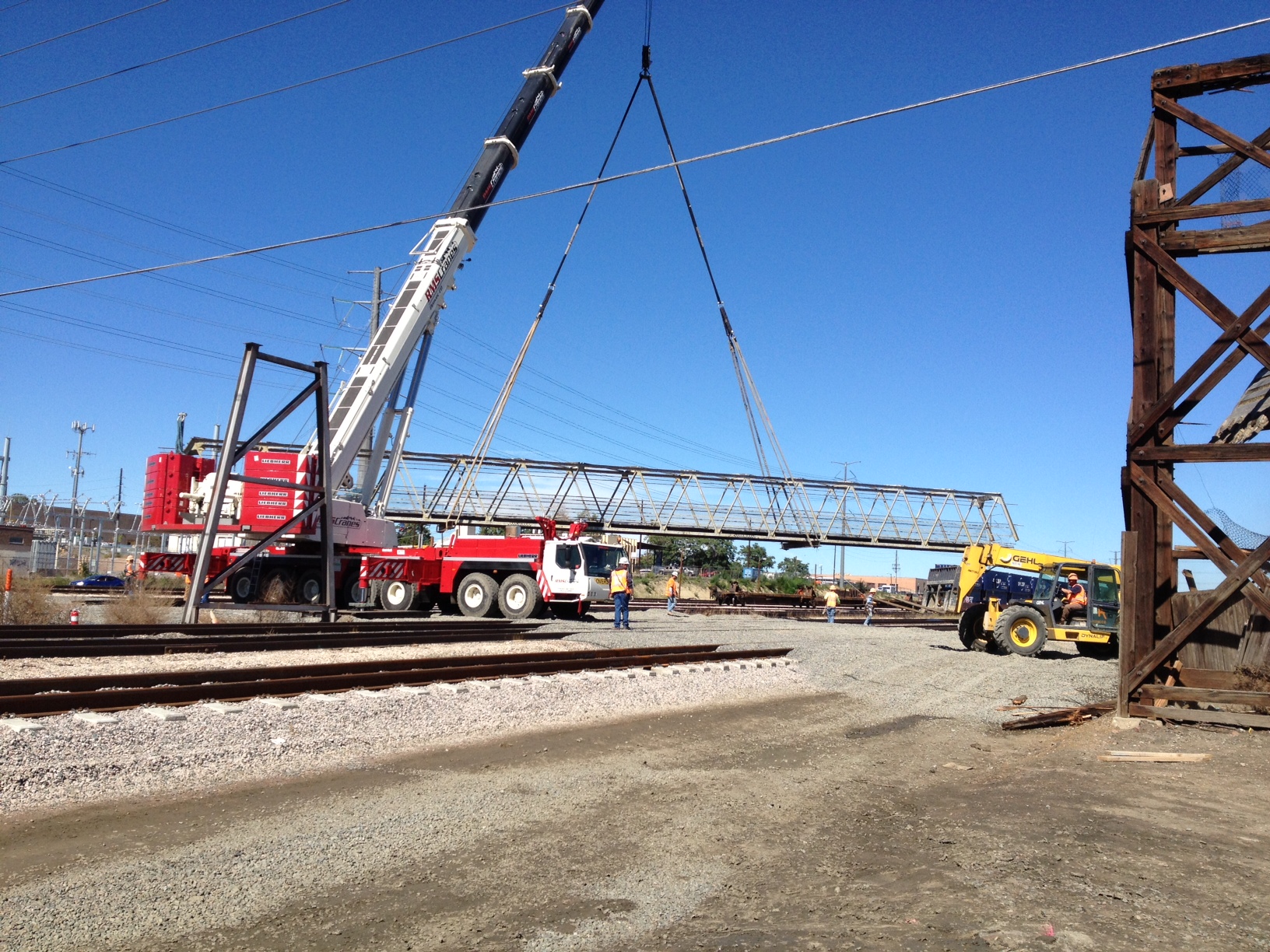 Crews then started dismantling the landings with the help of an excavator. 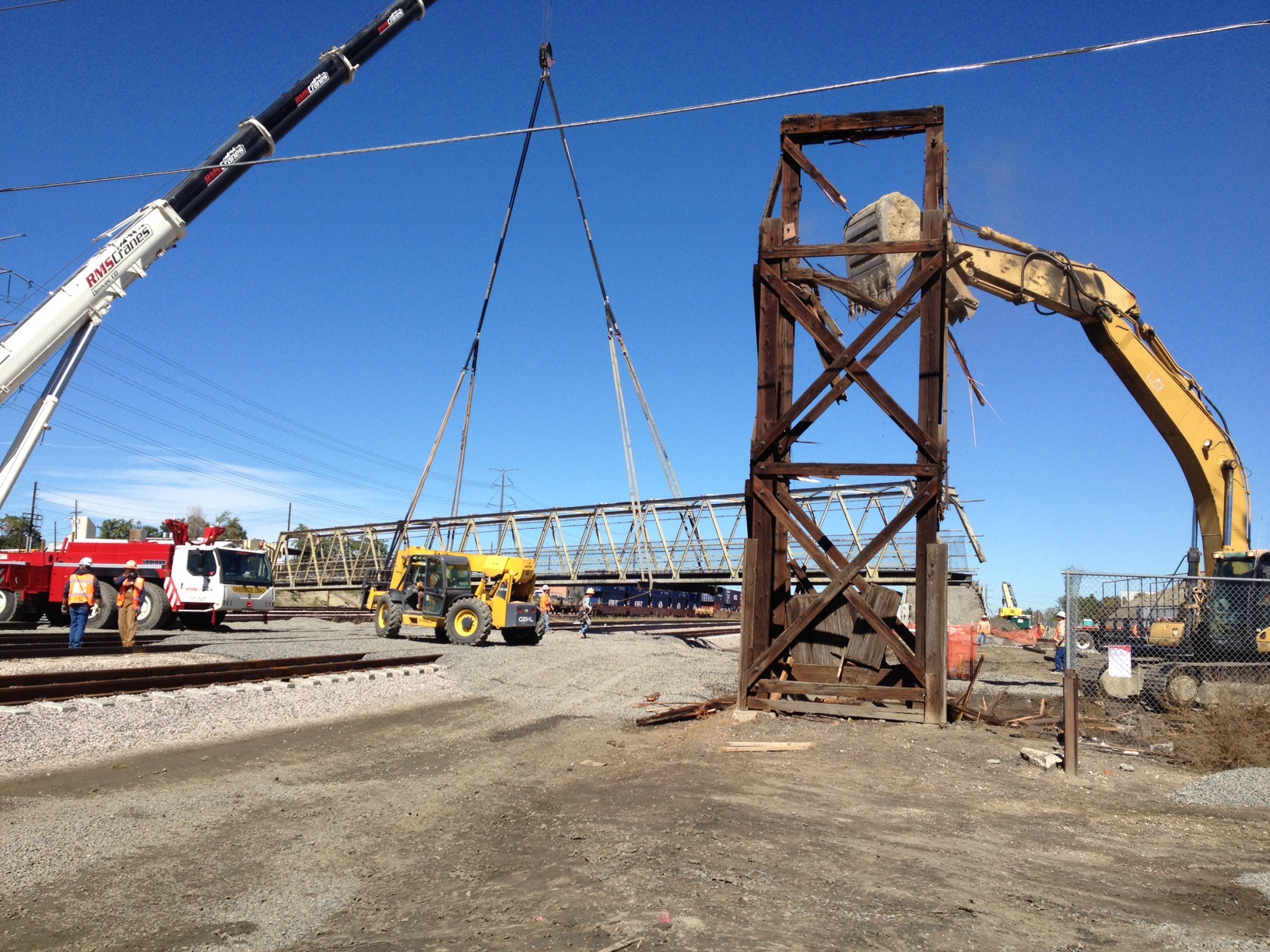 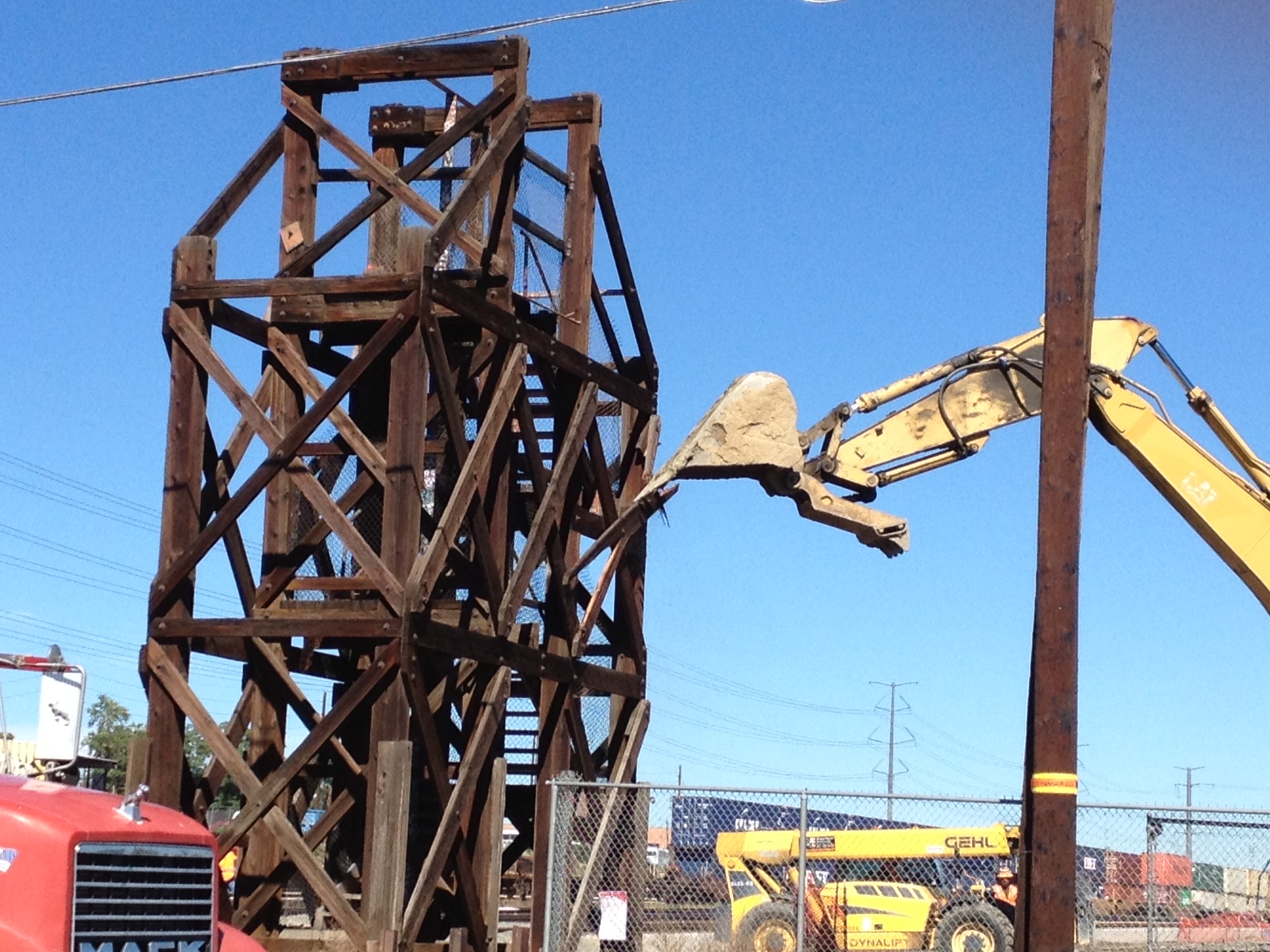 The 43rd Avenue Pedestrian Bridge will be replaced by a pedestrian bridge two blocks south at the future 41/Fox Station, which opens in 2016. This is shown as a second red line on the map above. A temporary (albeit somewhat cumbersome) detour has been installed by RTD which takes you south to 38th, under the tracks, and back north to 43rd Ave.

The bridge offered some awesome views of downtown as well as provided access from the Sunnyside neighborhood to the Globeville neighborhood. Don’t fret photo lovers! The new bridge will have views just as good as this older one – and we will have a safer option to marvel at them on.