Continuing on with my Downtown Reinvestment series, we are going to look at the improvements being made at Benedict Fountain Park. This park, being a natural separator between Five Points and Uptown, has not had a great reputation in the past with the park itself was starting to get in bad shape. With the help of the Office of Economic Development and Denver Urban Renewal Authority grants, Benedict Fountain Park is now going under a major renovation!

Improvements to the park include the addition of a new playground, picnic area, improvements to the fountain area, new paths for improved park circulation, a better definition of major park corners and entry points along with lighting improvements which will include: eight uplight fixtures around the fountain, eight new pedestrian lights around the new playground, plaza, and park walk and the replacement of all the current globe lights in the park for better quality of light. Here are some conceptual plans for the park. 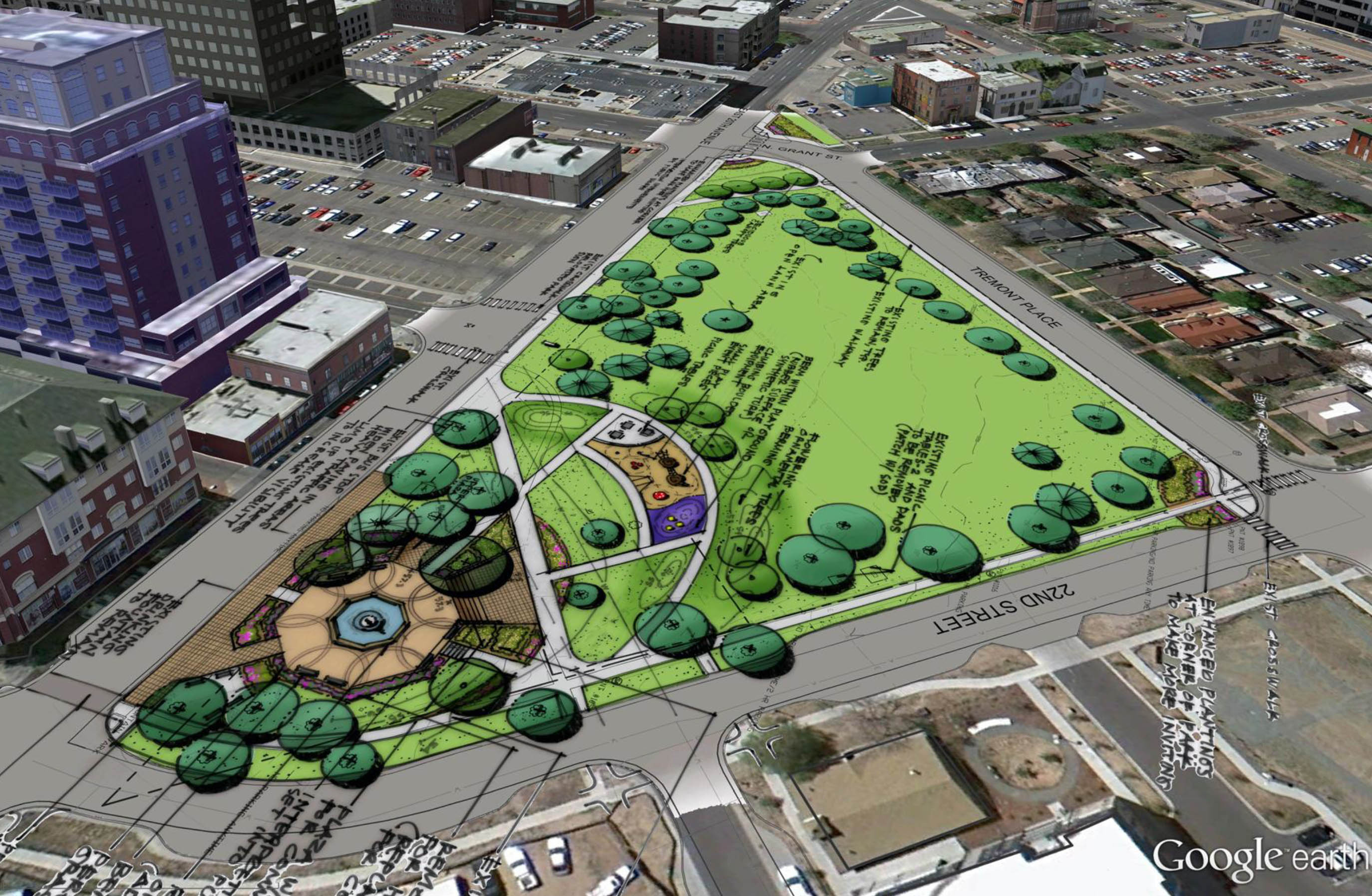 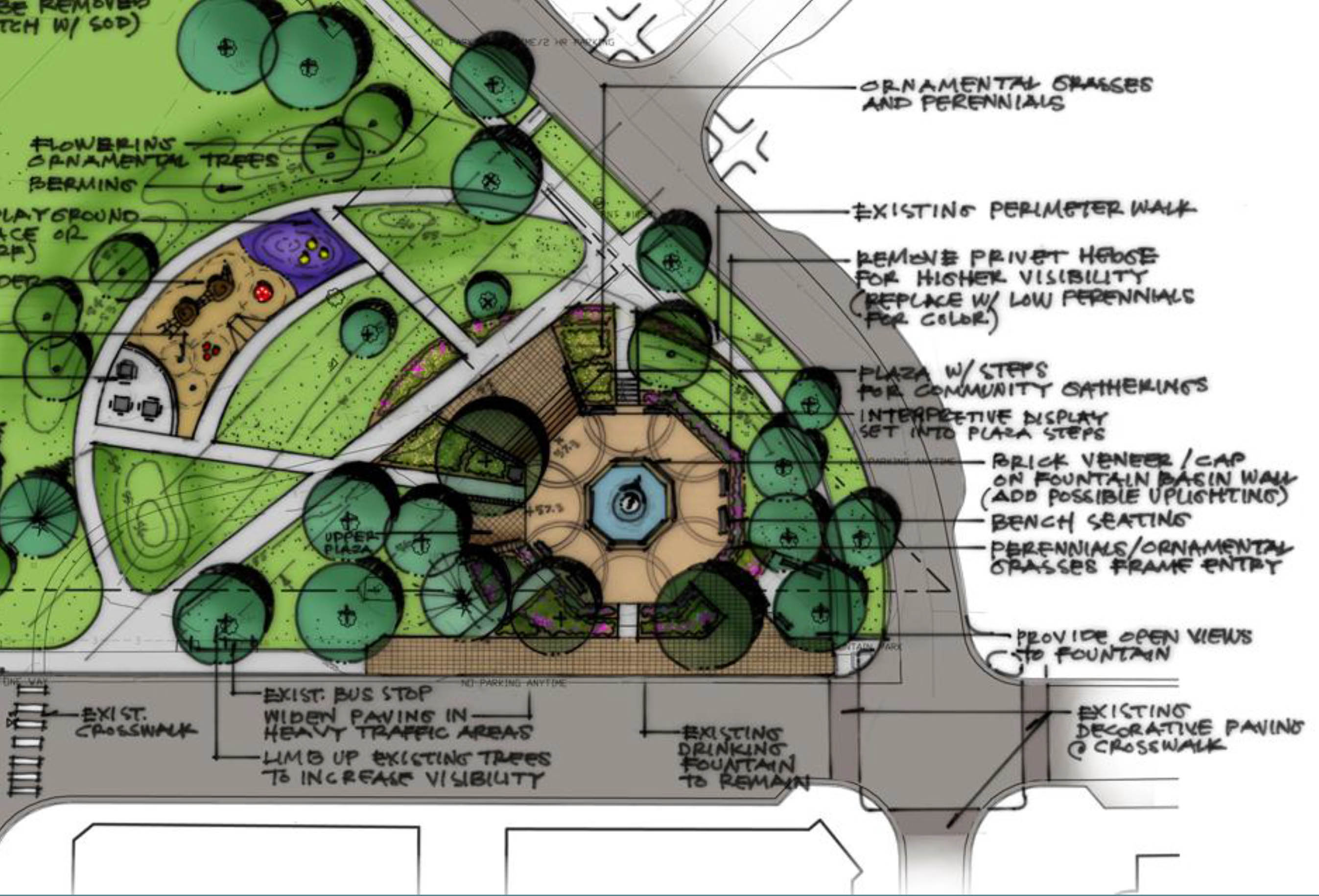 Construction started in early June and a construction fence now wraps around the entire park. You can clearly see improvements are underway. 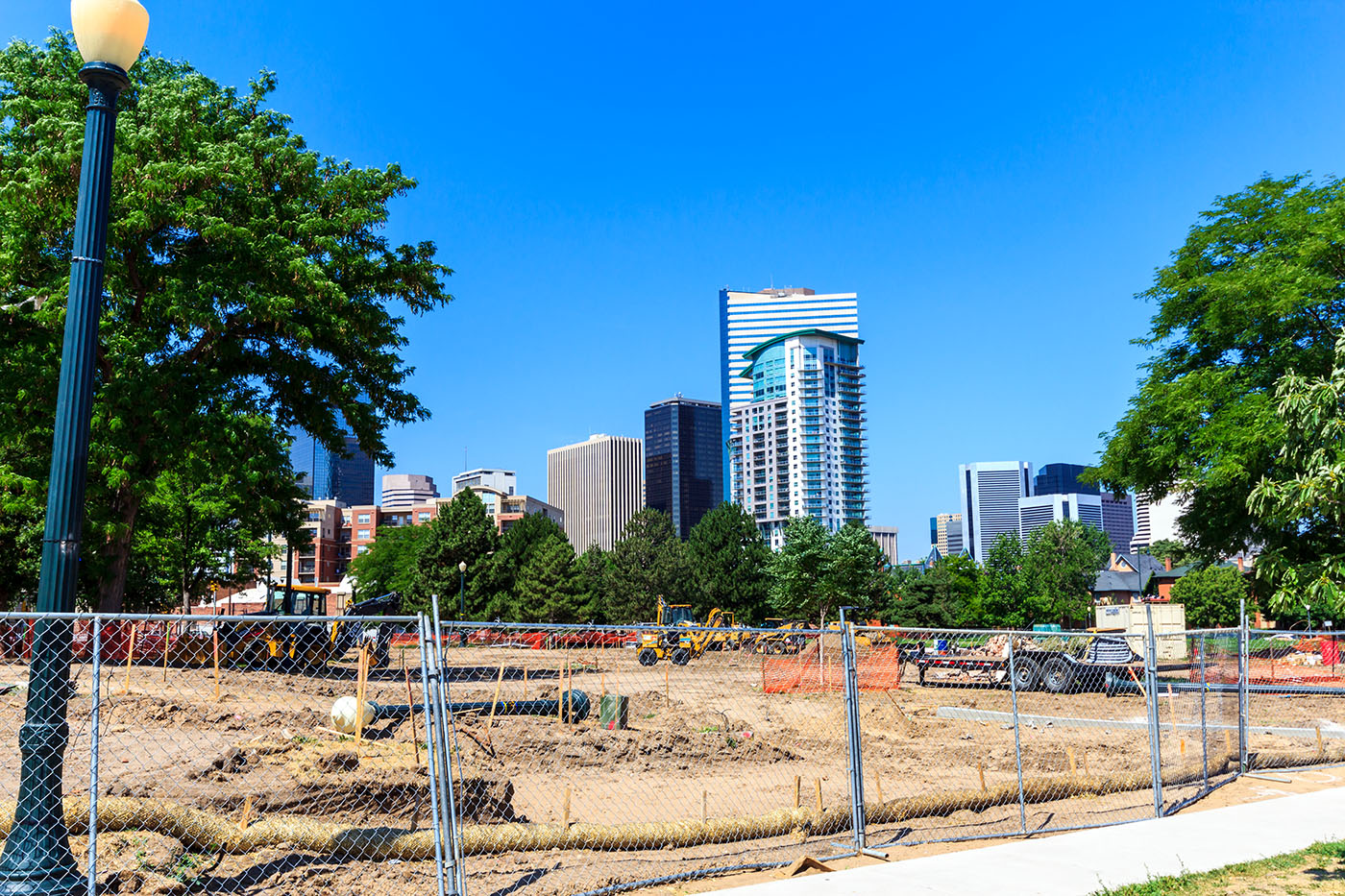 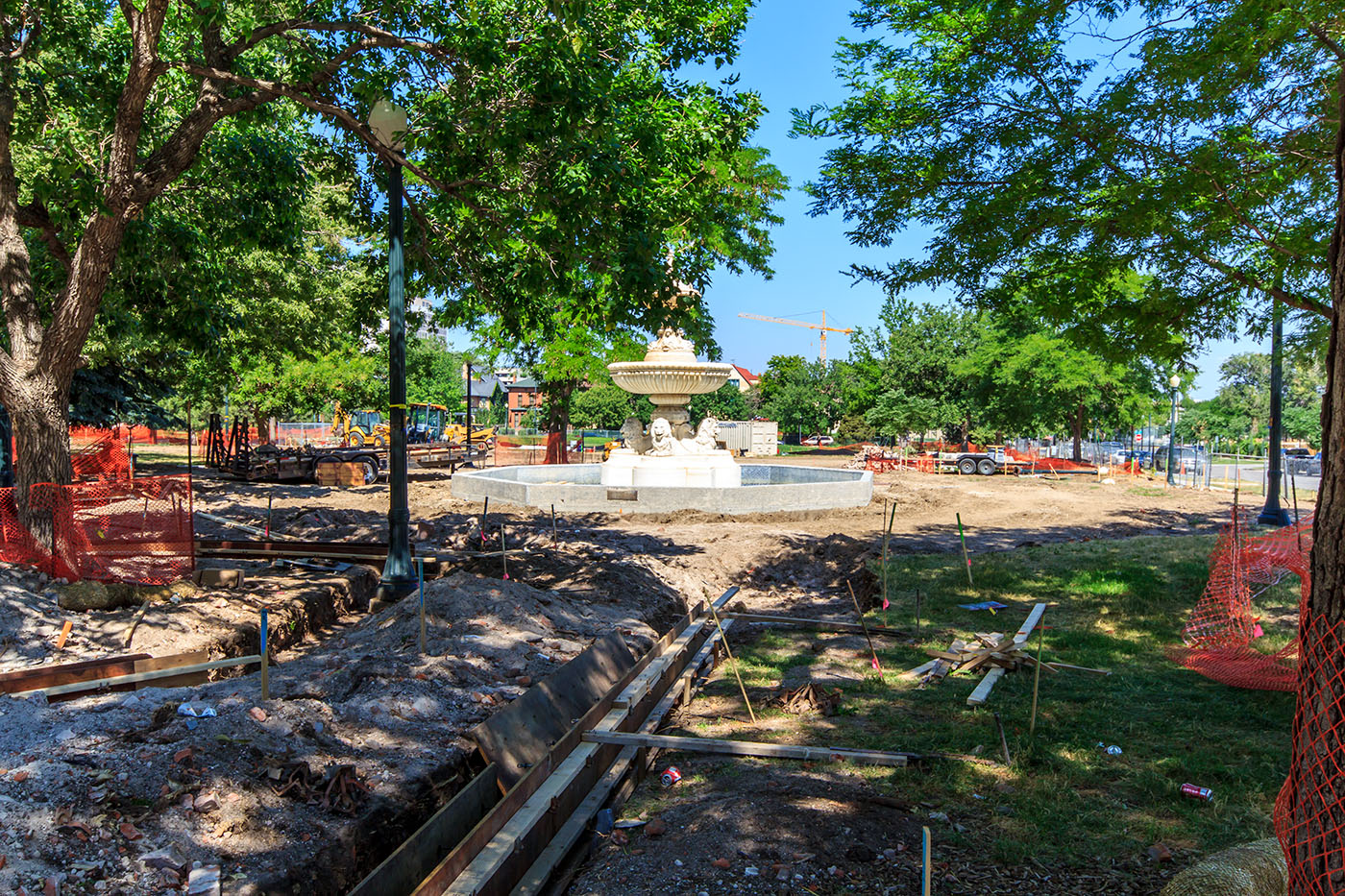 Benedict Fountain Park has always been a great park right outside of the city center with, of course, a neat fountain! 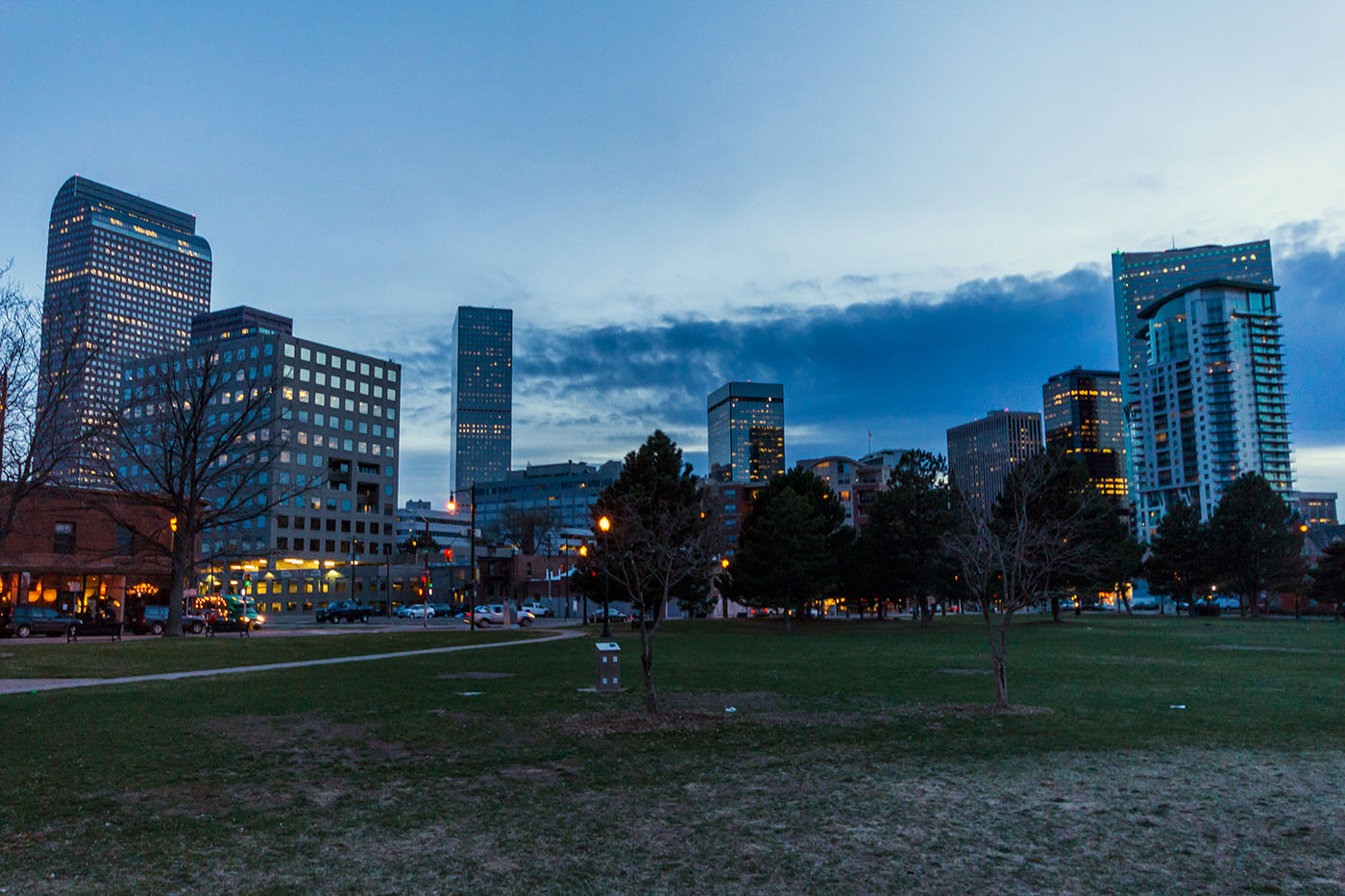 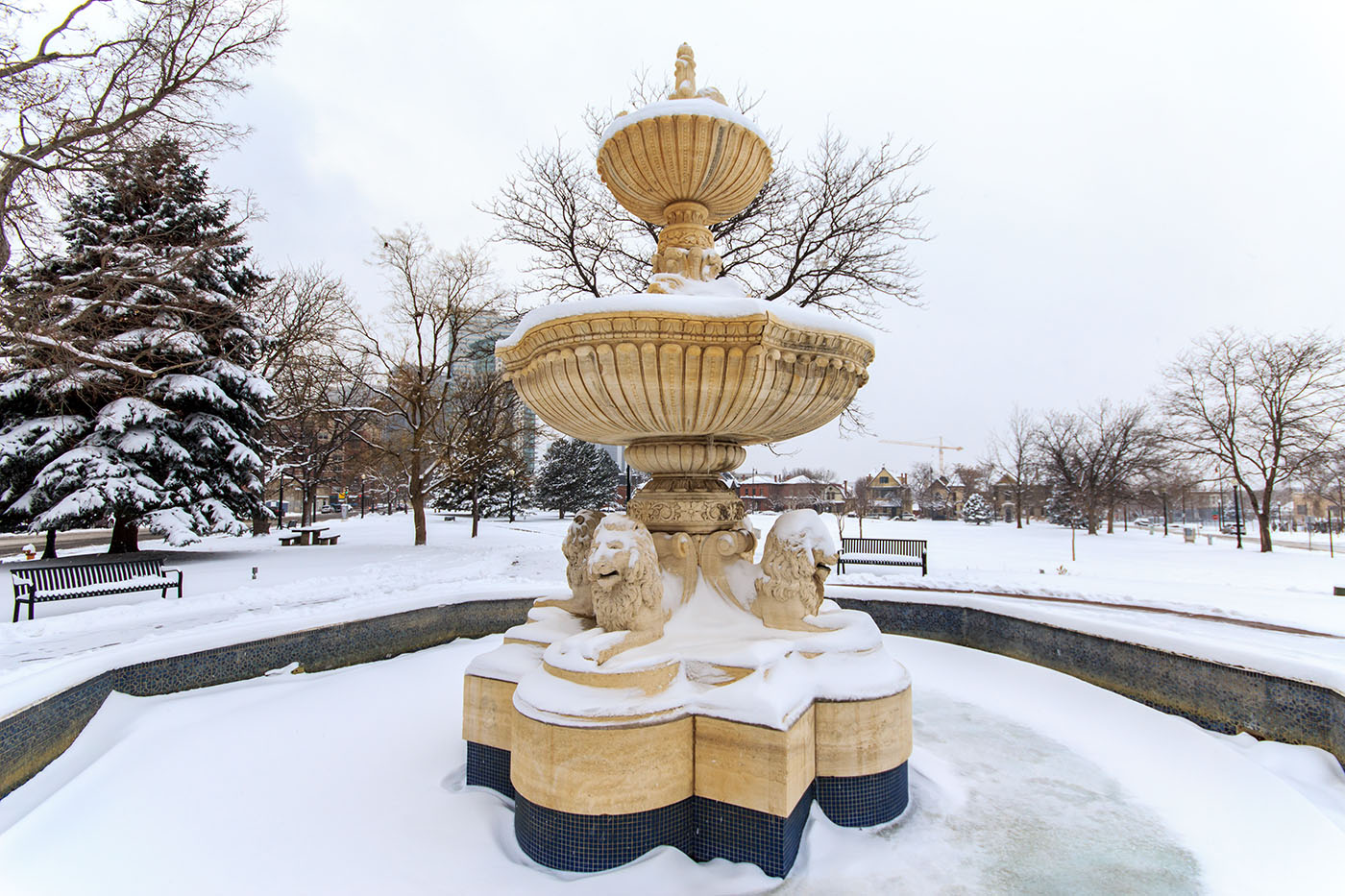 Improvements for Benedict Fountain Park should be done by Fall of this year.