Today’s update will take us along 40th Avenue and just east of York and Josephine Streets. Construction of various infrastructure improvements that will occur along the rail corridor have begun. As mentioned in an earlier blog post, crews will close 40th Avenue between Blake and York Streets for up to 18 months to work on drainage infrastructure as well as reconstruct the road in concrete with a sidewalk on the south side with the commuter rail tracks to the north. Crews have officially closed 40th Avenue and have quickly moved to start ripping up the street. 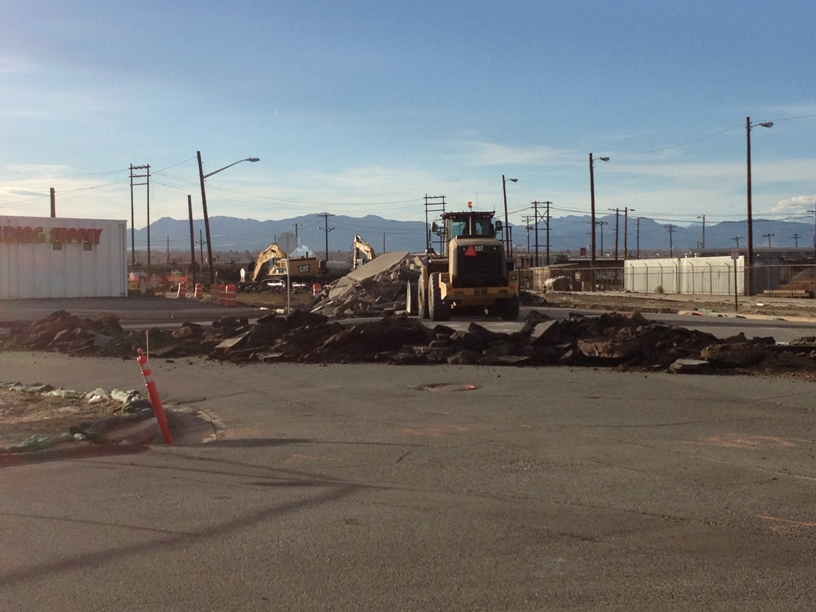 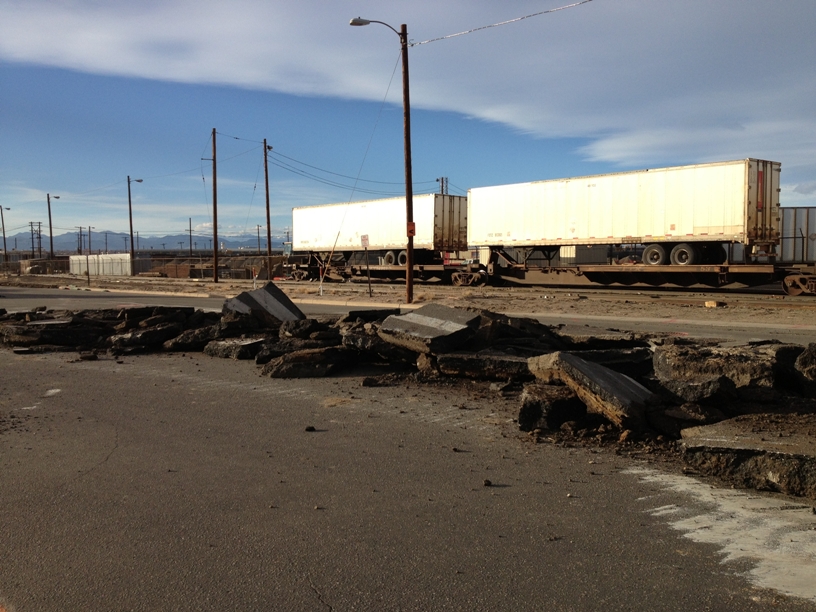 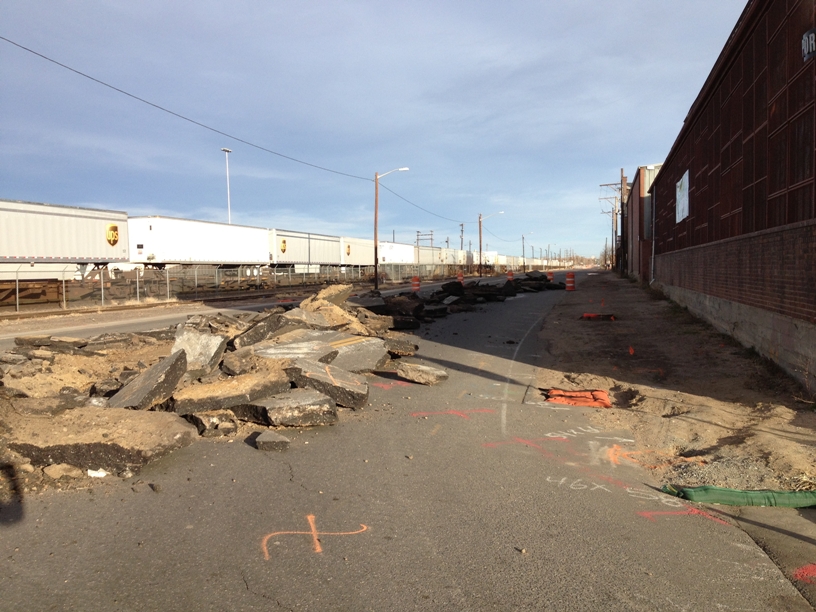 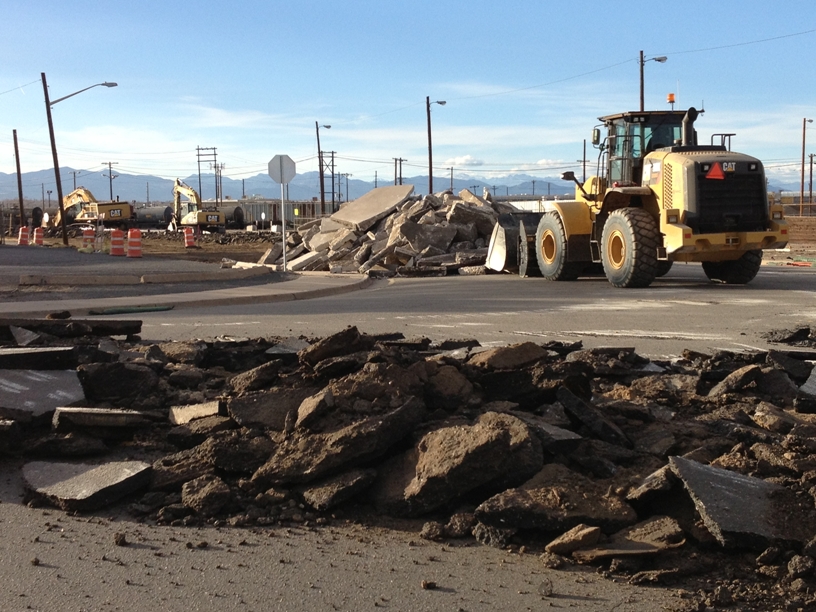 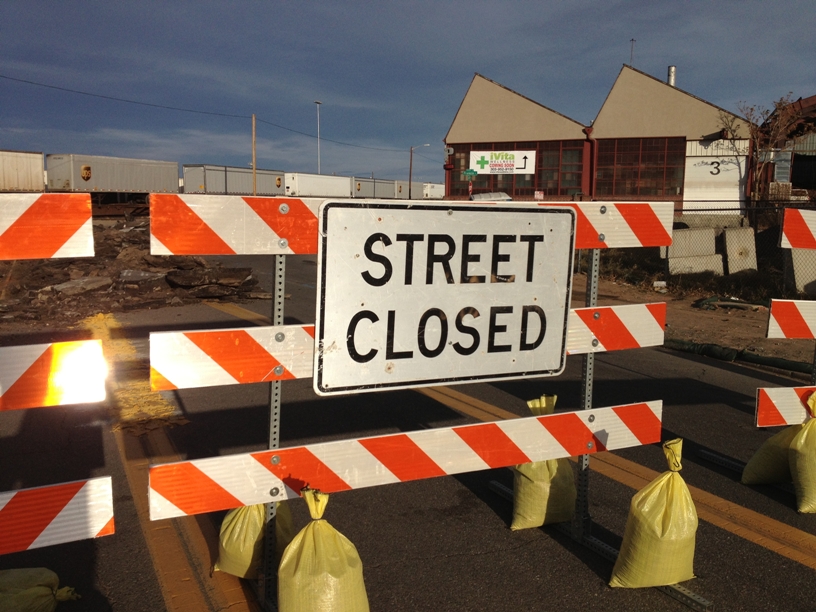 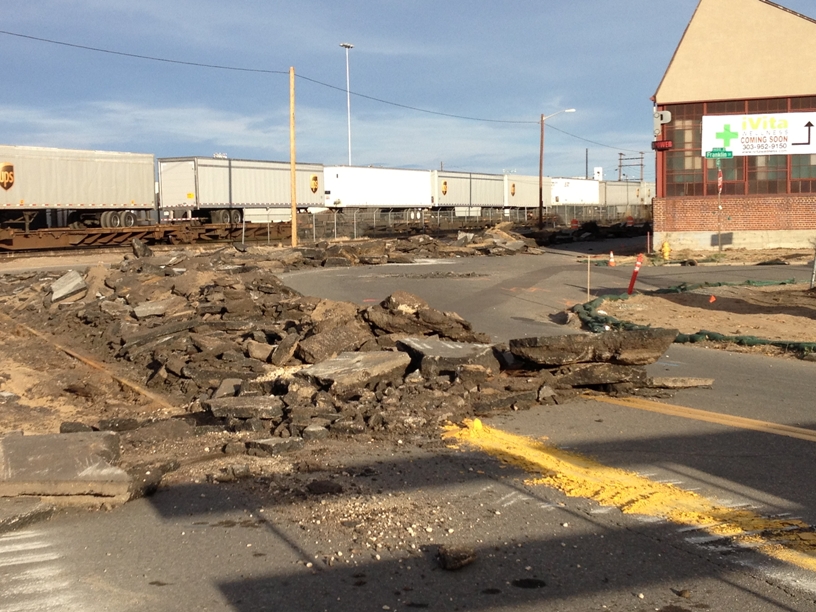 For those of you who drive 40th Avenue regularly, a good detour would be 37th Avenue (watch for lots of stop signs and cops ensuring full stops) or Bruce Randolph Avenue. Those who ride the Route 44 bus and others along 40th Avenue, those buses will be using 37th as their detour. 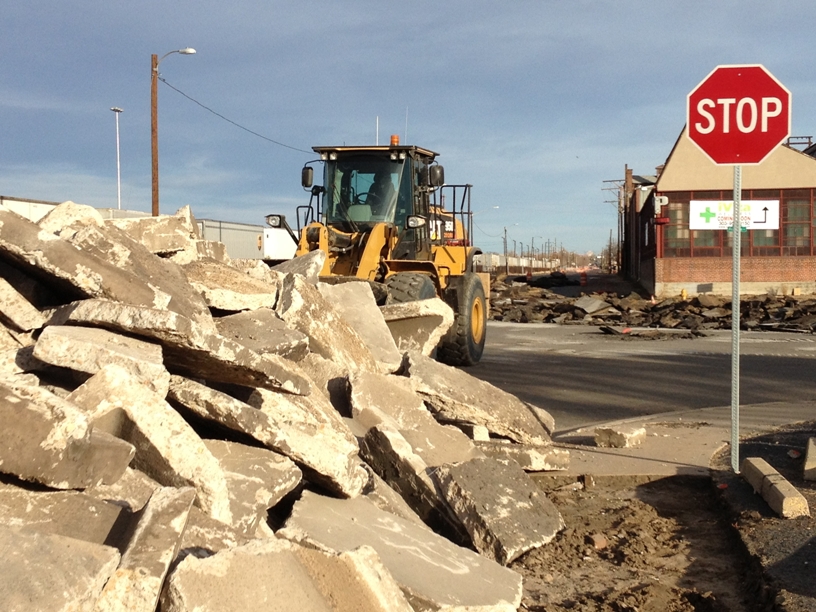 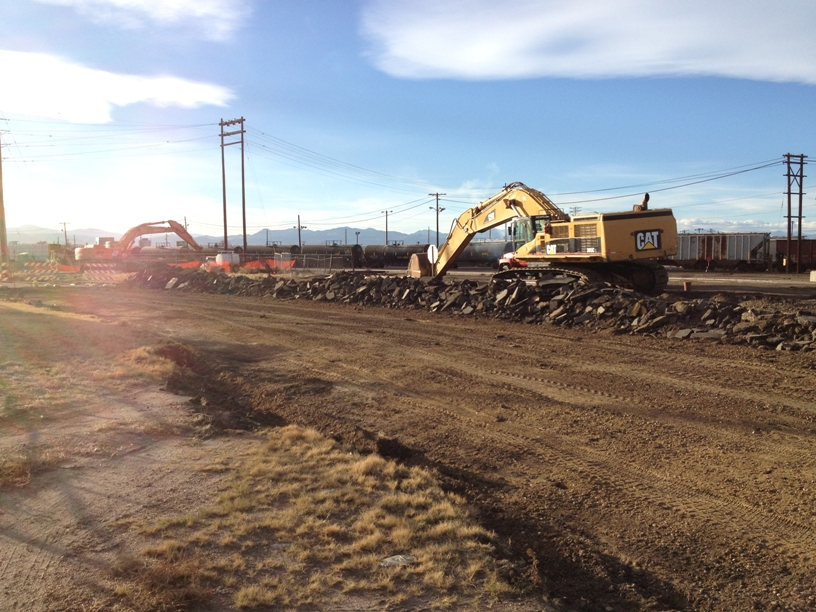 The photo below was taken at York Street and 40th Avenue looking north and east showing the progress made in this area. The buildings to the east of York (both north and south of 40th) have been demolished and the new northbound Josephine Street is being constructed. The new alignment will remove the funky and inefficient intersection that was the old 40th/York/Josephine intersection.

To the west of York Street at 41st Street, the new entrance to the Union Pacific Railroad (UPRR) yard is progressing quickly. While these improvements may seem unrelated to the commuter line construction, they are important because they will allow the area’s fright, industrial, and general auto traffic to operate with minimal disturbances once the East Rail Line construction is underway. UPRR required a new entrance to their yard because once the commuter rail is constructed, UPRR’s current access points along 40th Street on the south side of their site will be permanently blocked by the train. This makes more sense operationally for UPRR and is much better for residents of the Cole neighborhood – a true win-win for both. 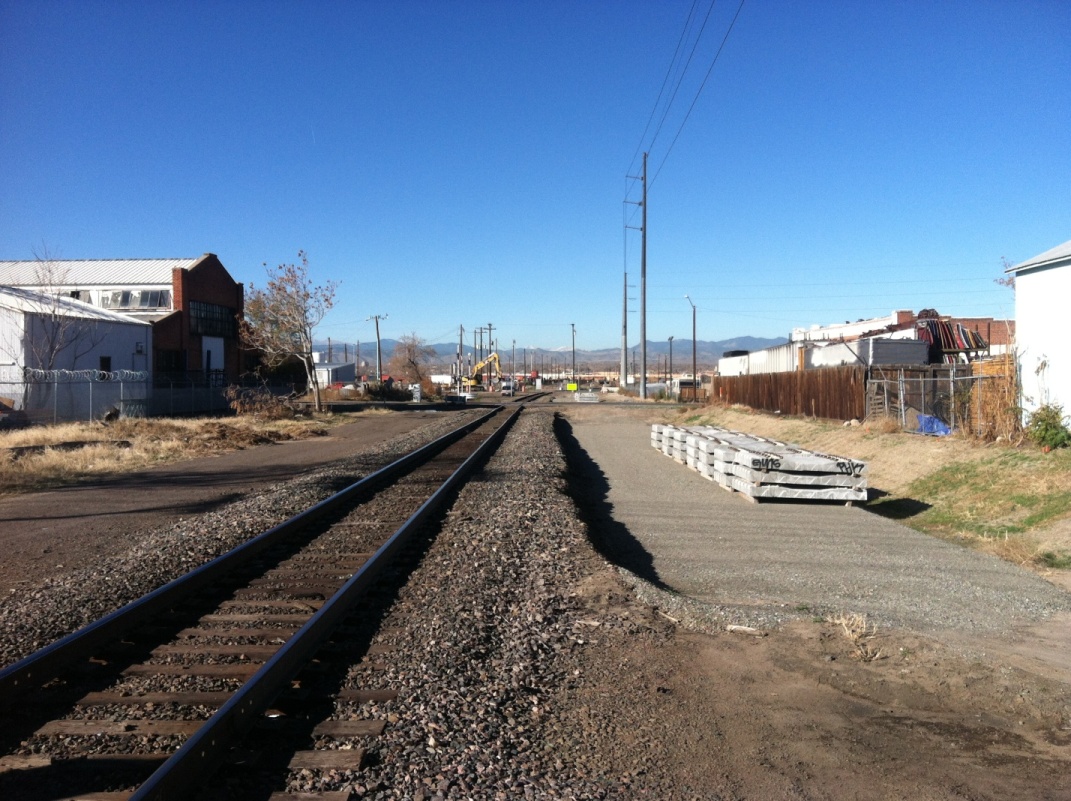 The next photo is taken near the train tracks and Columbine Street where the commuter rail will curve around the west and north sides of the existing AT&T building at 40th and Columbine Streets. After the commuter rail passes Josephine Street it will travel parallel to the existing UPRR tracks. In order for both RTD and UPRR to operate safely in the same right-of-way, the commuter rail and the freight tracks have to be at least 50 feet apart. Because of this, wide swaths of UPRR freight tracks are currently being “pushed” slightly north (within the same right-of-way) to allow for as much spacing as possible. This work is occurring along most of the corridor between York Street and Airport Boulevard. On the north side of this photo (right in the picture above, left below), we can see the new tracks under construction. 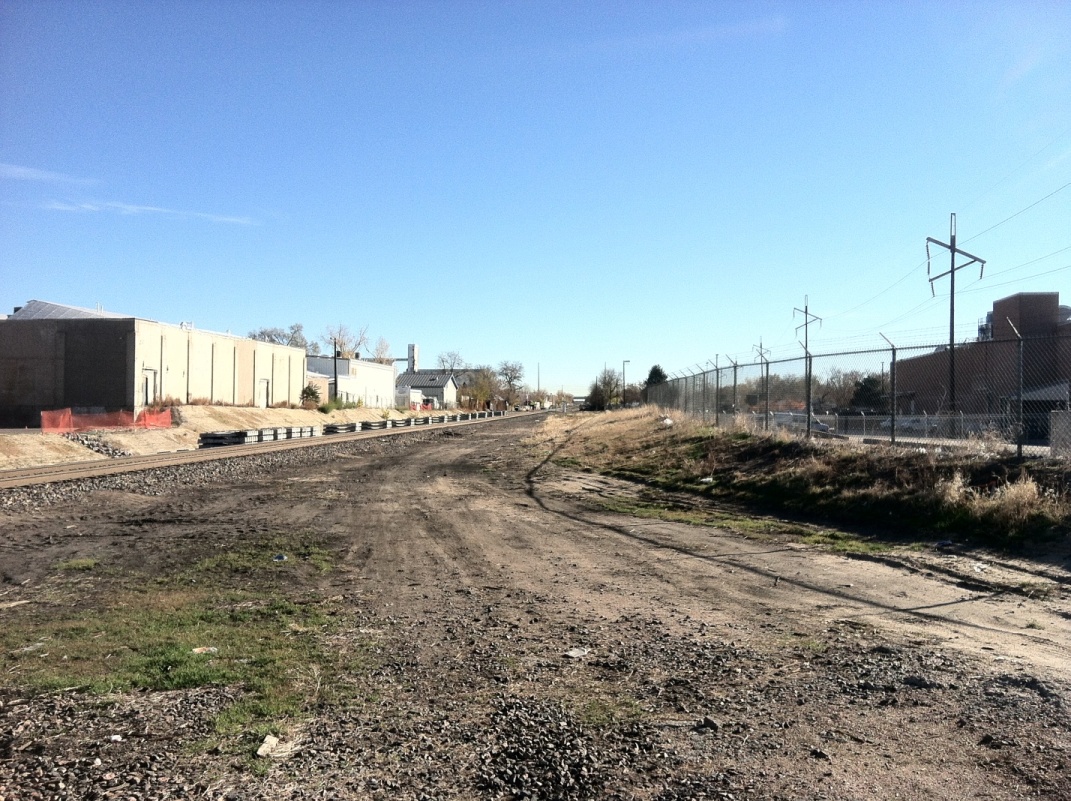 Next, we will take a look at construction approaching the 40th/Colorado Station. On a (somewhat) unrelated note, keep in mind that light rail service north of the I-25/Broadway Station will be temporarily out of service both December 8 and 9. There will be limited service along the Welton Corridor. Click here for more information.