As we continue along the East Rail Line the next stop is 40th and Colorado Boulevard. The station’s actual location is closer to Smith Road and East 42nd Avenue – just a few blocks west of Colorado Boulevard. Before we arrive where the future station will be built, we can see more of the Union Pacific Railroad (UPRR) freight tracks preparing for relocation. The new freight tracks look like this for miles between Josephine Street and Airport Boulevard. The foreground of this photo is where the commuter rail lines will be installed once the new freight lines are moved to the north. 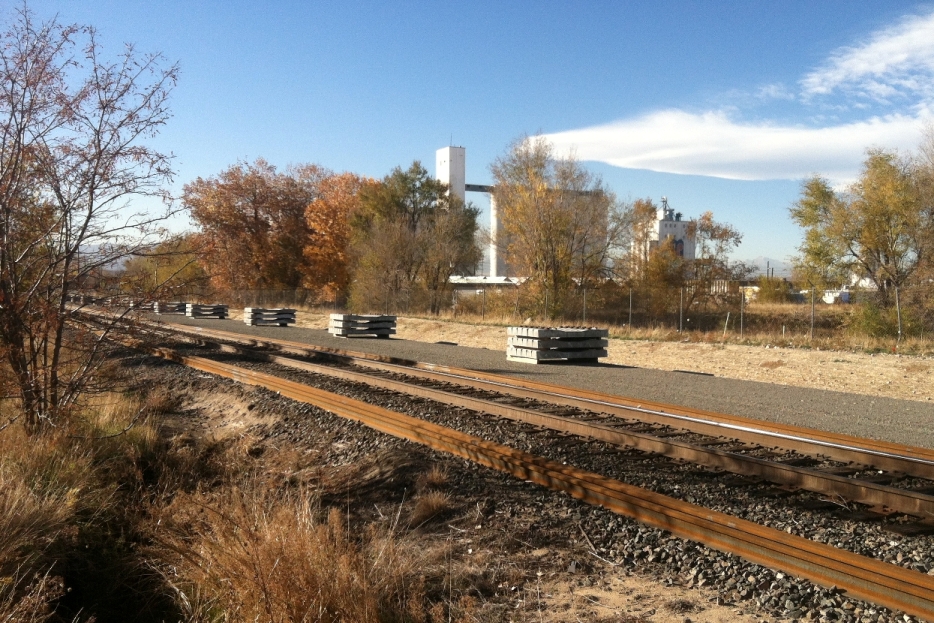 The western edge of the station plot is bound by the former Burlington North Santa Fe (BNSF) market lead tracks. These tracks once connected the freight yard near 40th and York to the industrial sites in Denver and Commerce City along Vasquez Boulevard. The ditch the market lead tracks ran through between I-70 and East 40th Avenue is in the process of being transformed into a drainage ditch that will collect storm and runoff water. Below is a photo of the recently constructed drainage channel tunnel that will be covered by the UPRR and RTD commuter rail bridges. This is just one of the many examples of the running joke that the East Rail Line is a “storm and runoff water drainage project with a transit component”.   While the main intention of the project is (obviously) to connect downtown Denver to DIA, there are many other components that need to occur first that will benefit the surrounding community’s economy and environment. 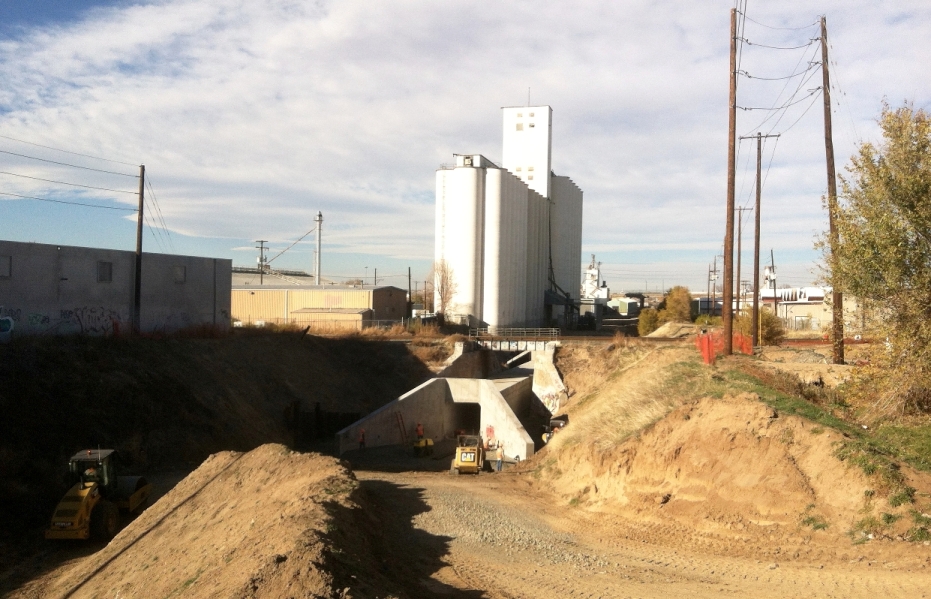 As the East Rail Line leaves the core of the city and travels east towards DIA, each stop will be on progressively larger plots of land accommodating more and more parking spaces. The land the 40th/Colorado Station will occupy is a bit larger than the 38th/Blake Station site and will have twice as many parking spaces on opening day in 2016. The site’s previous structures – four large buildings and numerous smaller ones – have been demolished and the land is being prepared for construction, as seen below.

Next, we will take a look at construction occurring in and around northeast industrial heart and Stapleton!