Tonight is the last night for Denver’s 15th Street bridge over I-25, as we know it. Starting overnight, its demolition will begin, assuming CDOT sticks to its schedule.

There are only three bridges over I-25  in central Denver that are original to the highway’s construction in the 50s/60s: the 15th Street bridge, the W. 23rd Avenue bridge, and the Speer Boulevard bridge. All three are showing their age, substantially. CDOT assures us they are all still safe, and I don’t doubt that they are at the moment, but their replacement in the short-term is inevitable. The replacement of these 50+-year-old bridges represent the type of infrastructure investments we need to be making in Denver and throughout Colorado and the country.

The original 15th Street bridge was designed during an era when only motor vehicles mattered. Pedestrians were barely an afterthought and, in the case of the 15th Street bridge, they were offered only a narrow 5-foot-wide sidewalk; an unpleasant and uneven passage in a harsh environment for sure. The new 15th Street bridge will be somewhat better. The sidewalks on both sides will be 10-feet wide, with attractive iron fencing (same as what’s on 20th and 23rd) separating the pedestrian from the busy highway below. On the bridge’s non-pedestrian surface, there will be four lanes striped for motor vehicles, two in each direction, with the right-hand lane in both directions marked with sharrows to support a slightly more bicycle-friendly environment. I’ll have more to say about the bicycle issues on 15th in a future post.

The rebuilding of the 15th Street bridge is part of a bigger project to increase southbound I-25’s efficiency. The new 15th Street bridge will have a much wider span across the highway, thereby allowing CDOT to remove a pinch-point in the traffic flow of southbound I-25 between 20th Street and Speer Boulevard by adding auxiliary lanes that will eliminate the conflict between exiting and merging traffic.

Meanwhile, Denver was planning a major project called the Central Street Promenade, which would add a 10-foot-wide concrete ped/bike path along the highway-side of Central Street between 16th and 20th. Fortunately, CDOT and Denver agreed to merge/expand their projects, and so now we’re getting it all: a rebuilt 15th Street bridge, a wider/more efficient Interstate 25, and a new Central Street Promenade from 15th to 20th. For more details, check out my original post on this project here.

How about a few photos of the 15th Street bridge for posterity’s sake? 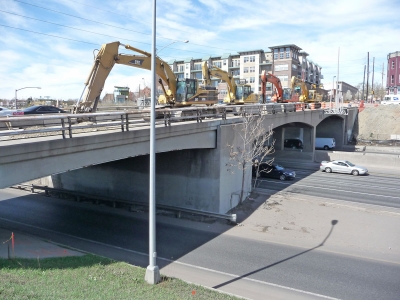 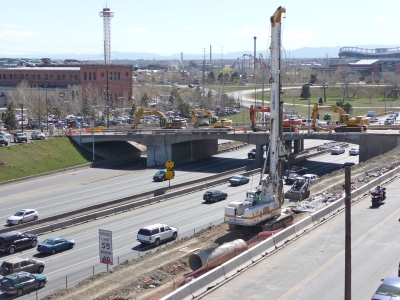 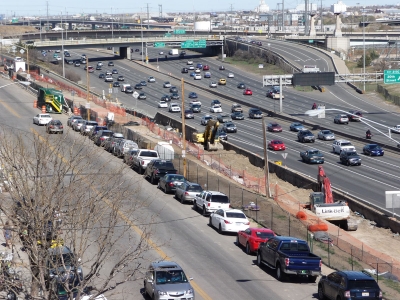 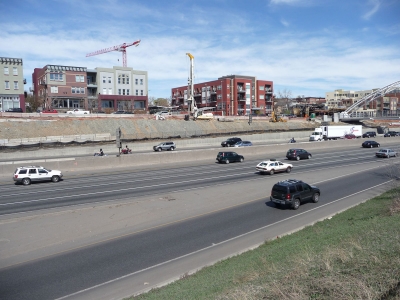 This “I-25 expansion/15th street bridge reconstruction/Central Street Promenade” project should  be finished by late 2013/early 2014.