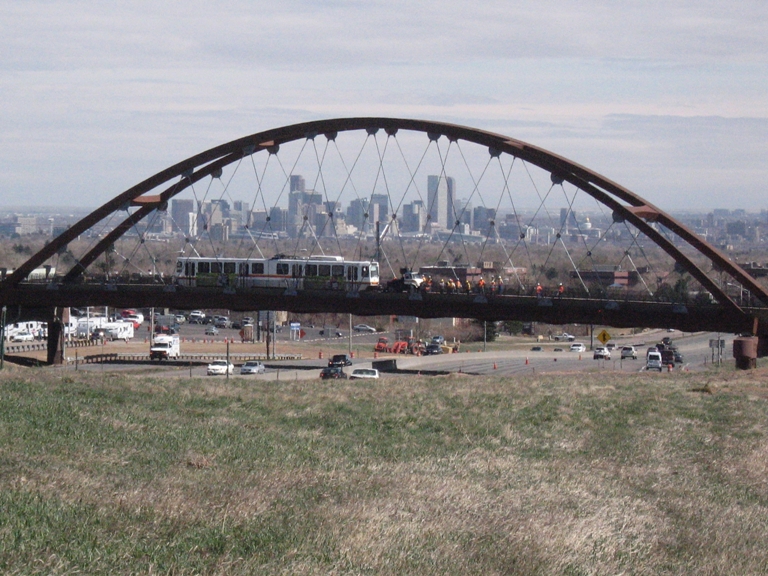 As you can see, RTD has begun very preliminary tests along the corridor following completion of track laying efforts within the last few weeks. A light rail car is being pulled along the corridor (similar to a locomotive) to prove that the train can travel along the corridor and essentially not hit anything. As trivial and somewhat dumb as this may seem, it’s an essential test that every corridor needs to go through. The train made it to the Federal Center Station (crossing the new 6th Avenue Bridge in the process). The train will travel the rest of the way to the Jeffco Government Center before testing the eastbound tracks on its way back into town.

The power system isn’t complete along the corridor, so we won’t be seeing any major testing for a few months yet, but it’s coming!