Lakeside Wal-Mart: Wrong, But Not for the Reasons You Think

In my first post here at DenverUrbanism, I’d like to discuss a proposal that has had neighborhood groups in northwest Denver up in arms for the last month or so, namely, the proposed Wal-Mart Supercenter slated to be built across Sheridan Boulevard in the tiny town of Lakeside.  Residents have levied the usual array of complaints against the proposed Wal-Mart: traffic, unfair labor practices, and the impact the big-box retailer will have on small businesses, especially the neighborhood business district between 35th and 52nd Avenues along Tennyson.  Putting those issues aside, I think I have two better reasons for opposing this project.

First, what a wasted opportunity; this site is a gem!  Lakeside has nearly all of the elements you’d need for a successful dense, mixed-use, town center-style development: a large site, unified ownership, good traffic counts, and proximity to downtown.  Add to that the potential for waterfront development on Lake Rhoda – a rare amenity in arid Colorado – and the historic-but-struggling Lakeside Amusement Park next door – itself a diamond in the rough, especially if teamed up with a high-quality redevelopment project.  This site could almost market itself!  Lakeside is missing transit, but so are Highland Garden Village (the old Elitch’s site) and Belmar (the old Villa Italia Mall), both of which are phenomenal infill successes.  Put simply, a Wal-Mart is not the highest or best use at this site. 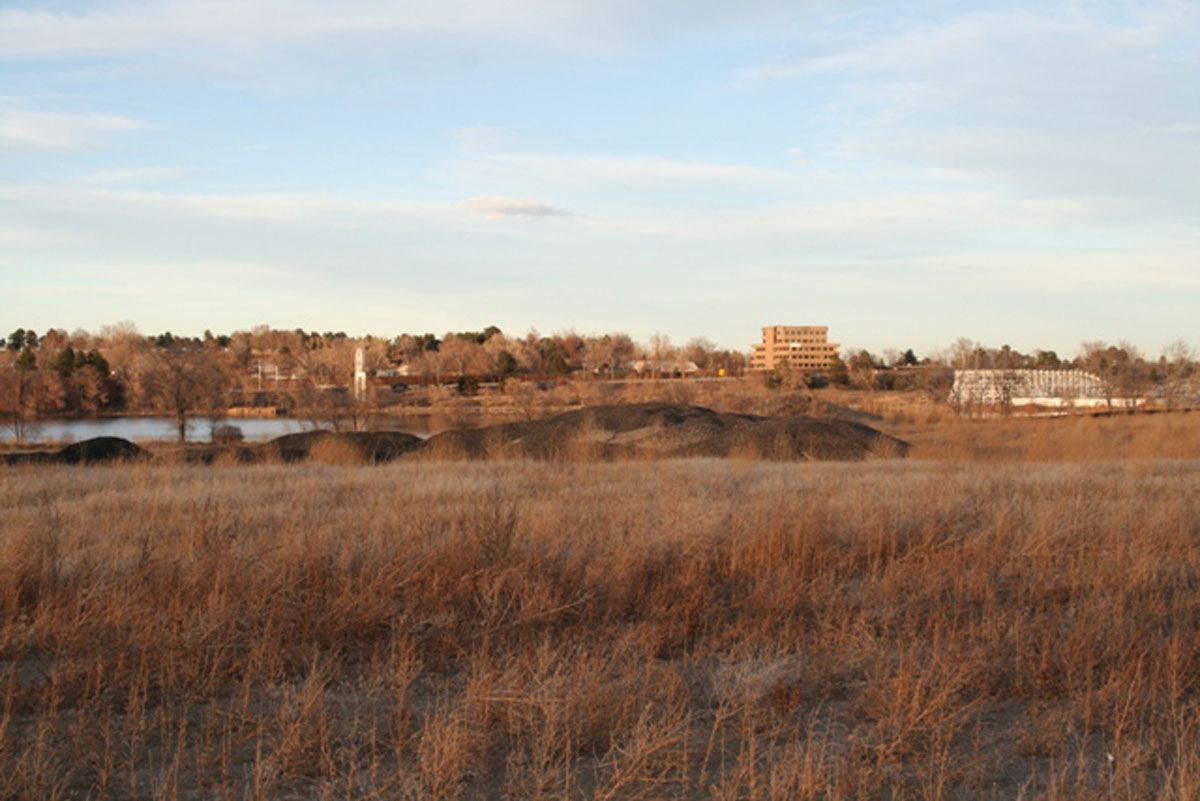 So what’s missing?  Supportive local government.  Lakeside needs the revenue that will be generated by the Wal-Mart to support its city services.  And undoubtedly it lacks the resources to support the infrastructure investment (through tax-increment financing, or some other mechanism) that a Belmar-style development would likely require.  Which brings me to my second objection to this project.  But first, let’s take a look at Lakeside.

According to the 2000 census, Lakeside had a population of 20.  DRCOG’s projected population for Lakeside in 2030 is, you guessed it, 20.  So I asked myself, does Lakeside really need a Wal-Mart?  Recent big-box developments in Edgewater and Sheridan were arguably justified to support each community’s 5,000+ residents (and the City of Sheridan, at least, did an admirable job with its South Platte River frontage).  A Wal-Mart Supercenter like the one proposed for Lakeside should generate upwards of $1 million per year for the city, based on a conservative estimate of $90 million in annual sales and Lakeside’s 2.1% city sales tax rate.  I am sympathetic to the high cost of providing services in small municipalities, having personally worked for a number of them.  But this Wal-Mart will bring in a whopping $50,000 per resident.  By comparison, Denver, which itself benefits from higher-than-average per capita revenues by virtue of being the region’s core city, operates on a paltry $1,400 per resident (based on 2010 projected general fund expenditures of $855.6 million and a 2009 estimated population of 610,345). 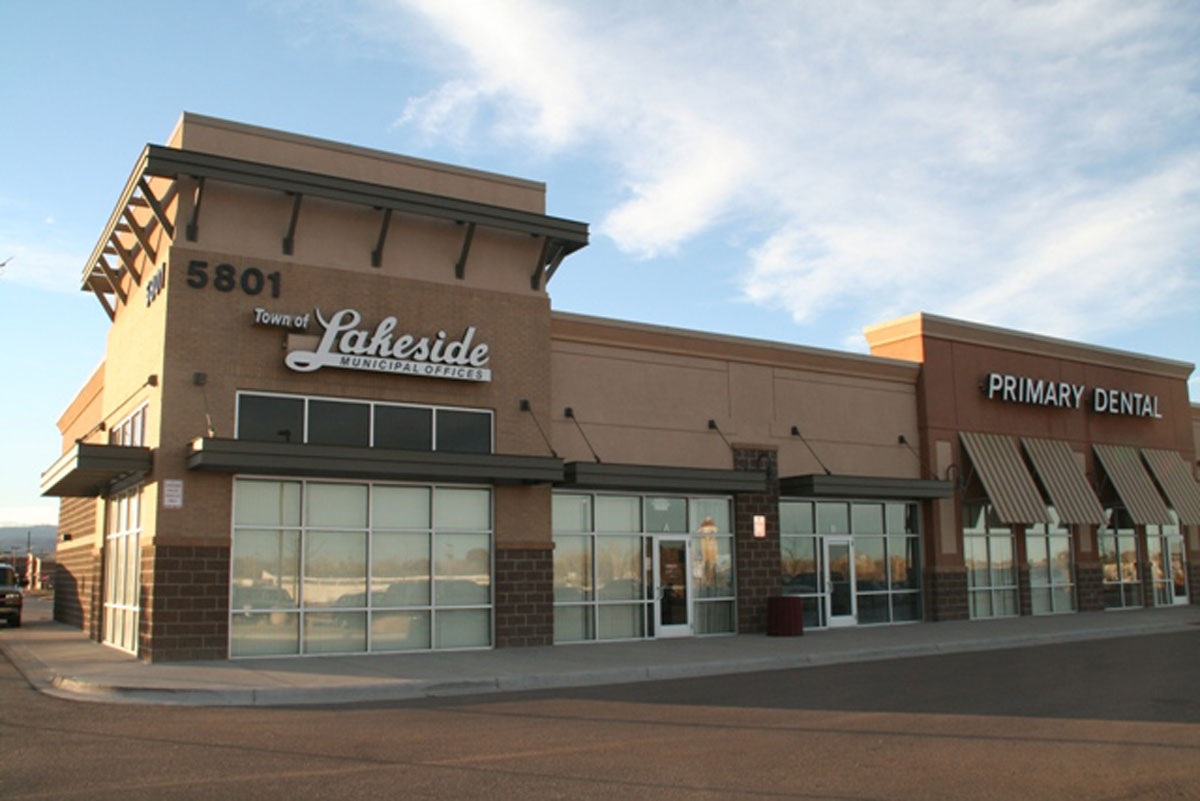 How can Lakeside justify this disparity?  Lakeside’s town attorney-of-record, Tim Flynn, was quoted in the Denver Post on December 11, 2010, saying, “Maybe at some point we will make more than is necessary to run our town, then we would roll back the sales tax.”  Colorado municipalities rely heavily on sales taxes for revenues, which regularly leads to direct competition between cities to attract much-prized cash-generating retailers, including and especially, Wal-Mart.  But what Lakeside’s town attorney describes is actually a tax haven.  We choose to fund local government through sales taxes because they are relatively unobtrusive; a few dollars here and there, rather than a bill every six months.  But in the end, somebody must pay for local government.  The metro area retail market can only support a limited number of Wal-Marts, and in tough times, no community can afford corporate giveaways.  The next time you drive Interstate 70, think about how your own community funds its vital services, and then consider Lakeside, our own little Cayman Island in the vast metropolitan sea.

Lakeside was formed in 1907 for a singular and outdated purpose: to escape Denver’s liquor laws.  Colorado has a long tradition of local control – it is engrained in our state constitution – and, by and large, home rule has served us well.  I certainly would be loathe to divest local governments of many powers (more on that in a future post).  But Lakeside is a statutory town and does not enjoy the protections and autonomy of a home rule city.  As an incorporated entity, it has also outlived its usefulness.

Some duplicative services are inevitable in a complex metropolitan system like ours.  But the bizarre and unnecessary inefficiency of Lakeside is without equal in Colorado.  This Wal-Mart is now a foregone conclusion.  But it is bad precedent, and we should not be afraid to take extraordinary measures to prevent this undermining of our metropolitan tax base from becoming a commonplace tactic in the great race to the bottom.

I welcome your comments and, yes, criticisms, and I look forward to many fruitful exchanges here at DenverUrbanism.

Brent Butzin is an attorney practicing in Denver.  He recently returned to Denver after 18 months advising local governments for the U.S. State Department in Iraq.  Brent graduated from the University of Denver Sturm College of Law, where in 2007 he was awarded the Rocky Mountain Land Use Institute’s annual award for excellence in land use planning law.  Before law school, he worked as a consultant providing planning and civil engineering services to municipalities, special districts, and developers across Colorado.  He holds a Master of Science in Civil Engineering and a Bachelor of Environmental Design from the University of Colorado at Boulder.  Brent’s interests include a broad range of issues related to land use planning, regulation, and policy, but especially the nuts and bolts of local governance that produce the development forms we love (or hate). As a member of the DenverUrbanism Team, he will respond to issues in the news and attempt to offer fresh perspectives from those in the mainstream media.