If you’ve been at Union Station over the past week, you might’ve seen an unusual sight: A double-decker train from Washington DC’s MARC commuter rail system parked behind Denver’s Union Station. 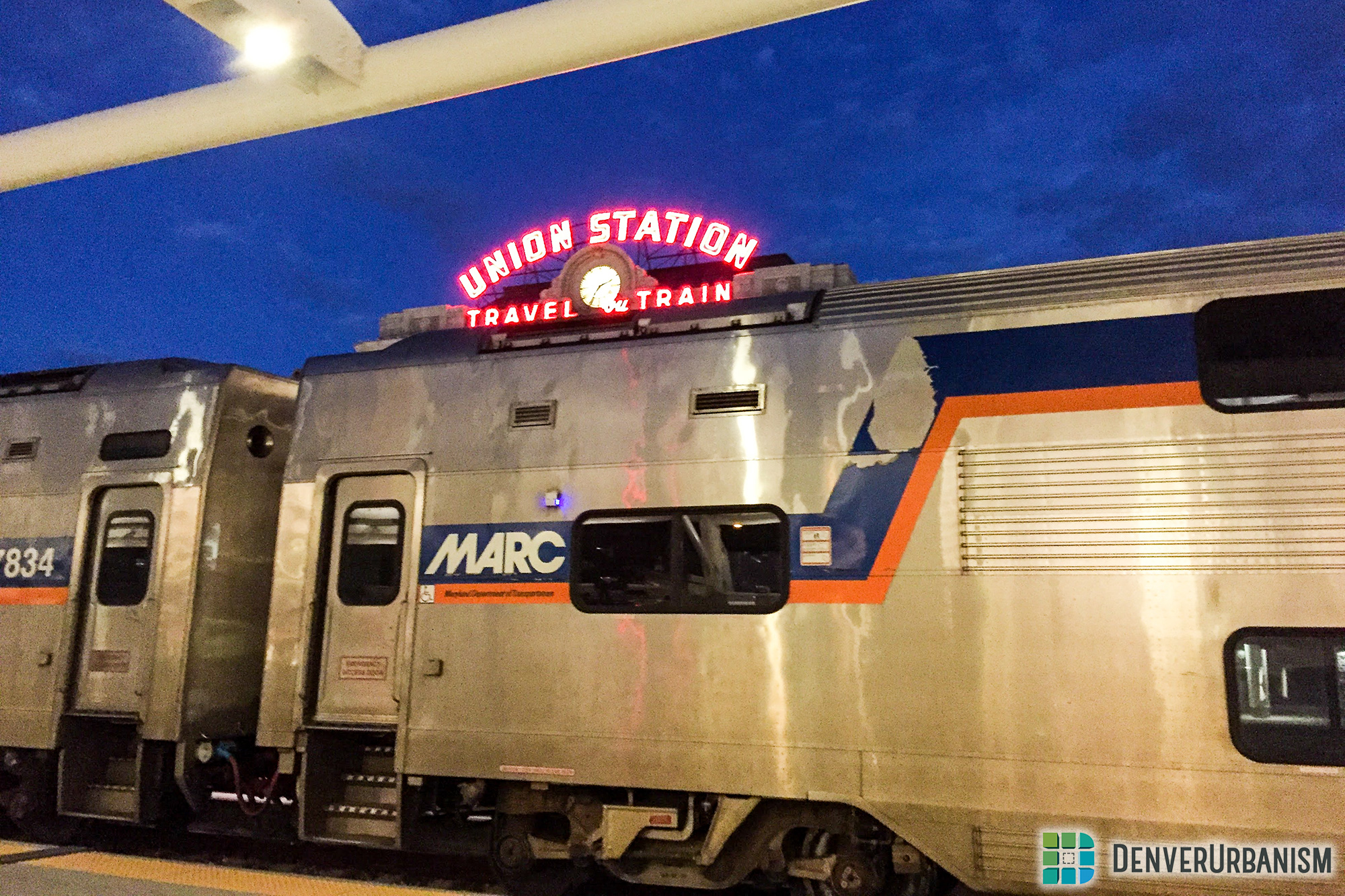 Turns out the train was in Colorado as part of the testing for new locomotives getting ready for MARC service. Officials wanted to test the new locomotives with actual MARC rolling stock, to evaluate how the locomotives performed in real-life conditions.

The Federal Railroad Administration has a test track in Pueblo, CO, so this train had been there, undergoing tests.

The train was moved to Denver in preparation for its trip back east. Amtrak is carrying the train on its regularly scheduled run from Denver to Chicago (#5, the California Zephyr) and then from Chicago to DC (#29, the Capitol Limited).