Blast from the Past: Denver Union Station Transit Center

Five years ago, here was the scene at the light rail station end of the Denver Union Station transit district: 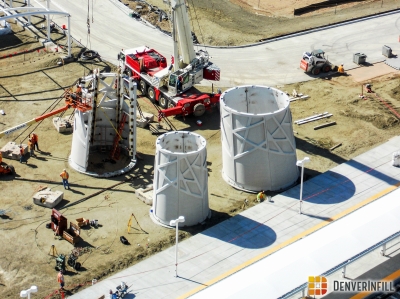 Taken on July 26, 2011, we can see the air intake stack for the Union Station Bus Concourse is still being framed in, while the two air exhaust stacks are a little further along. The area around the stacks is now Light Rail Plaza, which opened to the public in May 2012.